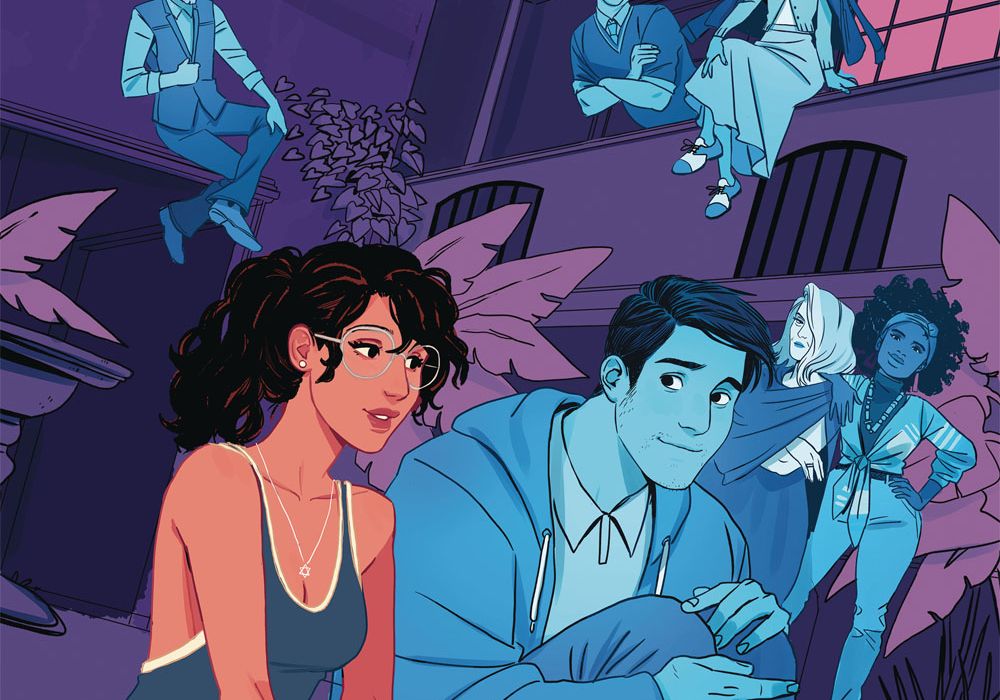 We at Multiversity Comics really enjoyed the first issue of Sina Grace and Siobhan Keenan’s new miniseries “Ghosted in L.A.,” which follows the trials and tribulations of college student Daphne Walters, who’s dealing with a break-up, and her new ghostly housemates. We are proud to present an exclusive three-page preview of next month’s second issue, which sees her possibly finding new love too! 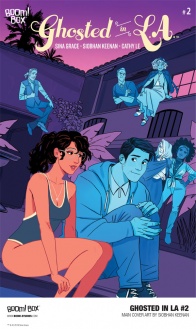 Daphne settles into her new life as a resident of Rycroft Manor, and the unique challenge of living with ghosts. Pros: they don’t steal her food. Cons: It’s the first date she’s been on since Ronnie, and her roommates keep popping up all over the place. Literally.

Thanks to BOOM! Studios for the preview, and be sure to pick up a copy on August 14! 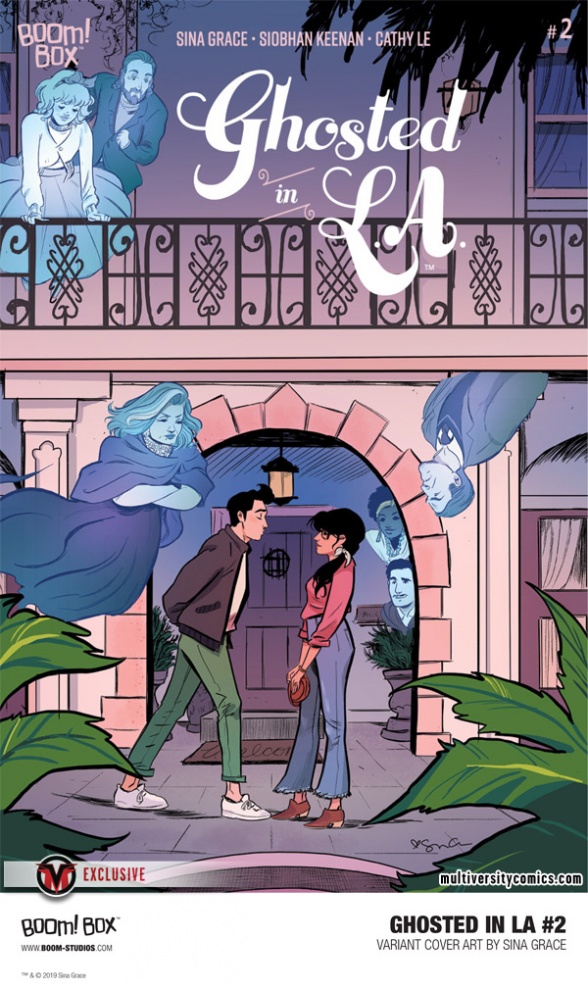 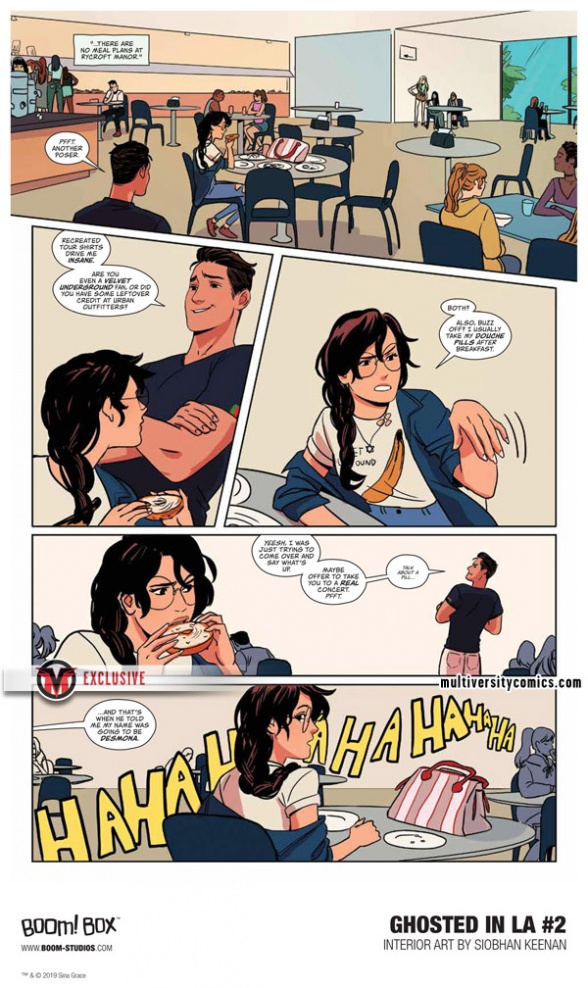 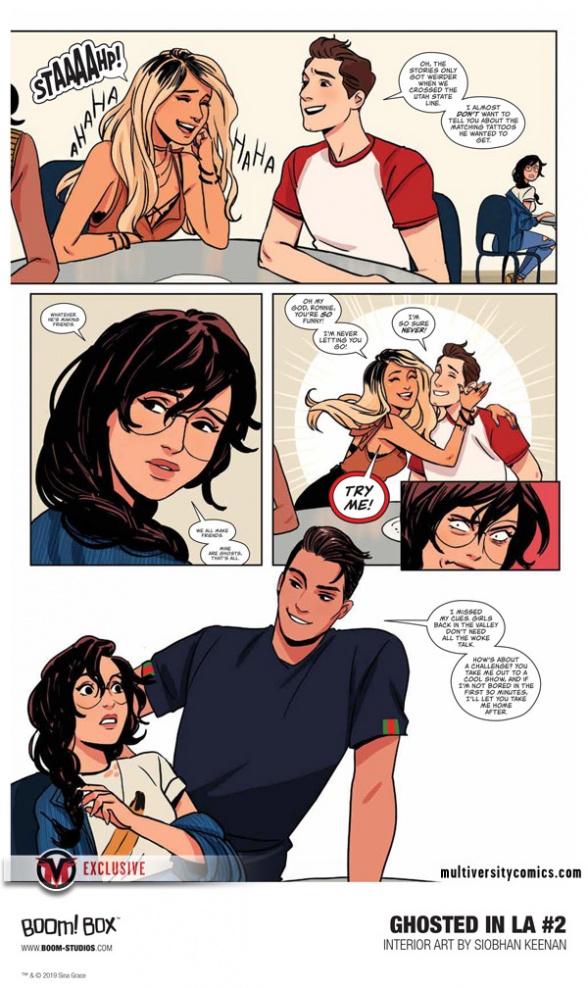 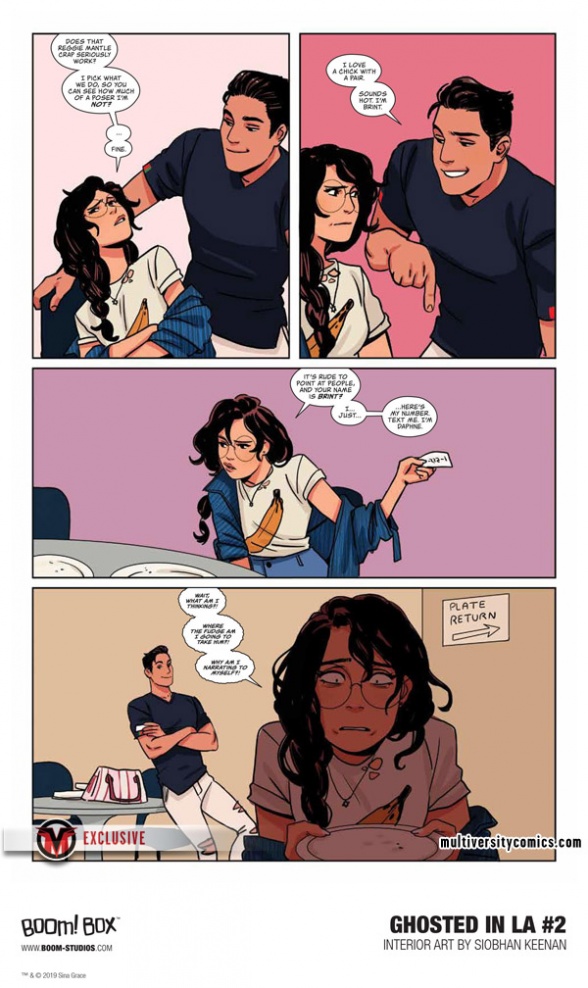 Your First Look at Sina Grace and Siobhan Keenan’s GHOSTED IN LA #2 from BOOM! Studios
“A freaking delight…Ghosted in L.A. is a winner.” — Nerdist

“What a fun read. This is a must add to your pull list at your local comic shop and I can’t wait to see where they take the story.” — Mairghread Scott

LOS ANGELES, CA (July 29, 2019) – BOOM! Studios revealed a first look at GHOSTED IN LA #2, the latest issue in a brand new comic book series from GLAAD Media Award-nominated writer Sina Grace (Jughead’s Time Police) and artist Siobhan Keenan (Jem and the Holograms), about figuring out your love life – and your afterlife – in Hollywood, and available in stores August 14, 2019.

Having ghosts as roommates comes with its perks, as well as its downsides, but for Daphne Walters—new LA transplant, college freshman, and freshly dumped by her high school boyfriend, Ronnie—living at Rycroft Manor and getting acquainted with the ghostly tenants does a great job of distracting her from her recent breakup. That is, until she sees Ronnie at school making friends and thriving without her, and Daphne needs a bigger, shinier distraction—which is how she ends up agreeing to a date with a pushy bro who’s all up in her space. What is Daphne thinking?! And will this date end in true love or a complete disaster?

Print copies of GHOSTED IN LA #2 will be available for sale August 14, 2019 exclusively at local comic book shops (use comicshoplocator.com to find the nearest one). Digital copies can be purchased from content providers, including comiXology, iBooks, Google Play, and the BOOM! Studios app.

For more on GHOSTED IN LA and other projects from BOOM! Studios, stay tuned to www.boom-studios.com and follow @boomstudios on Twitter.