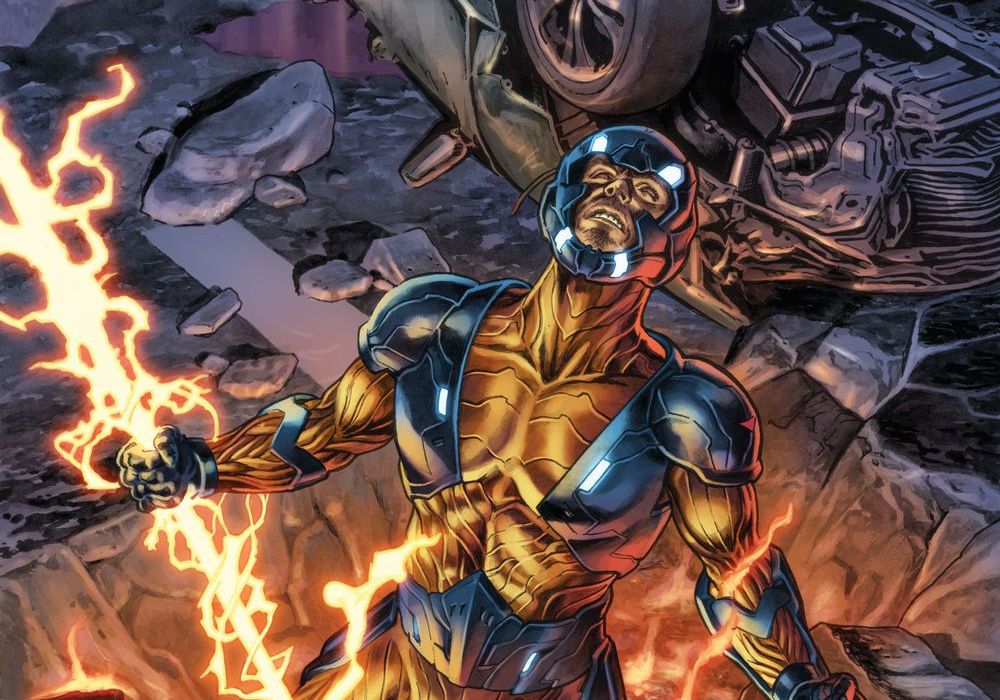 “Harbinger Wars 2” is Valiant’s big event for 2017. Matt Kindt, who has become one of the cornerstones of the Valiant line, is writing the miniseries, featuring art by Tomás Giorello. Giorello is an artist that comic fans are starting to become more aware of, but isn’t on the same level, name recognition wise, as he probably should be.

This series may change that.

We are thrilled to share an exclusive preview of Giorello’s raw pencils for “Harbinger Wars 2” #2, which is due out on June 27th. 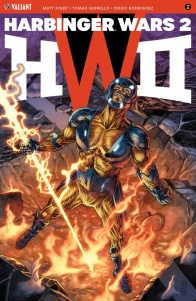 From East to West, the nation has been cleaved down the middle as Livewire’s defensive attack on the U.S. power grid envelops America in darkness and sets the stage for the biggest clash of powers ever witnessed. On one side, Peter Stanchek’s ragtag team of Renegades – alongside their newly activated army of untrained and wildly unstable psiots – ready themselves for an unsparing firefight against H.A.R.D. Corps and the agents of Omen. On the other, Ninjak and Bloodshot prepare to enter Livewire’s domain inside blacked-out Los Angeles. But as the casualties pile up and the losses mount on both sides, none of them will be ready to confront the full fury of raw power personified as X-O Manowar makes his long-awaited return after a year of self-imposed exile among the stars and delivers a single concussive strike that will send shockwaves across the whole of the Valiant Universe!

The most powerful Valiant event attempted continues in full force with another seismic chapter as Eisner Award-nominated author Matt Kindt (X-O MANOWAR, Mind MGMT) and superstar artist Tomás Giorello (X-O MANOWAR) unleash X-O Manowar on a world he thought he’d left behind…and fire off the next brutal volley in the coast-to-coast clash of comics icons that will leave no hero unscathed!

Thanks to Valiant for hooking us up with these amazing pages, and be sure to pick up the book next month! 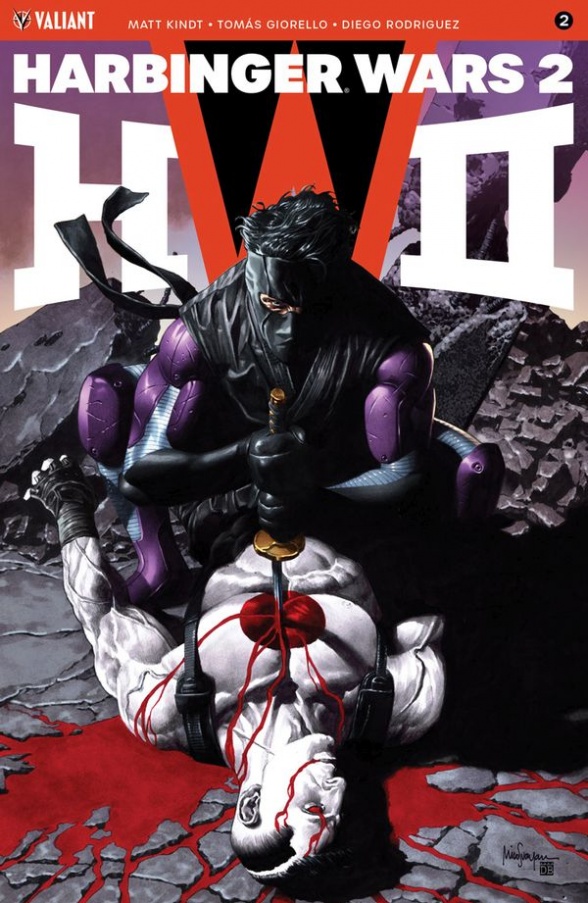 Cover B by Mico Suayan 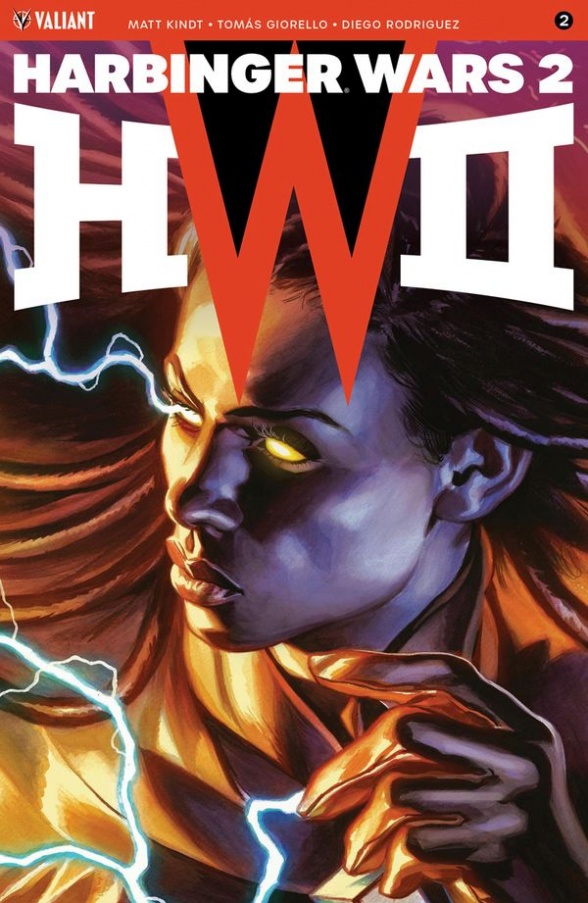 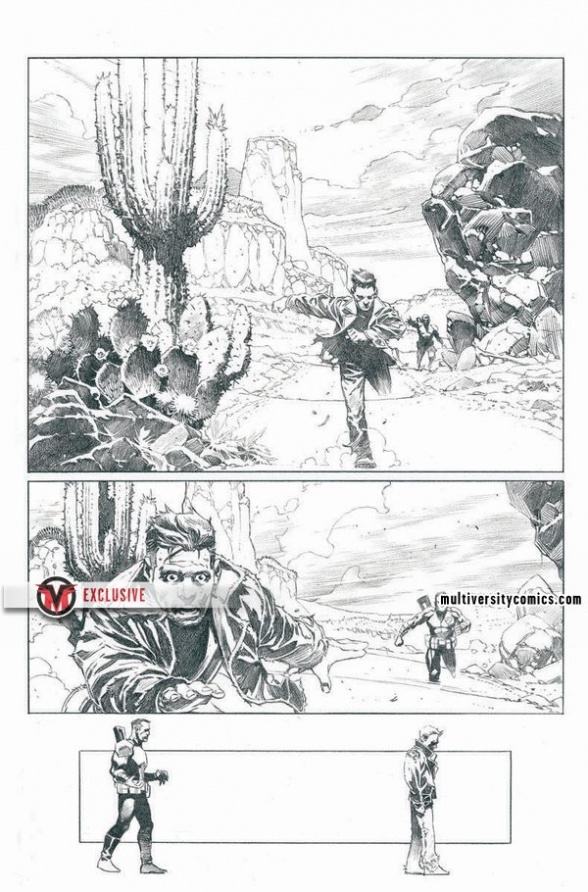 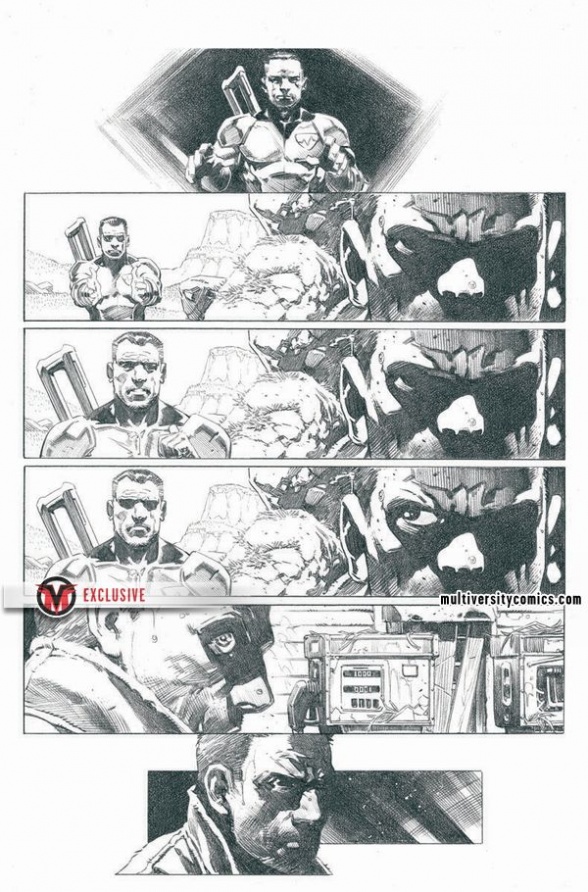 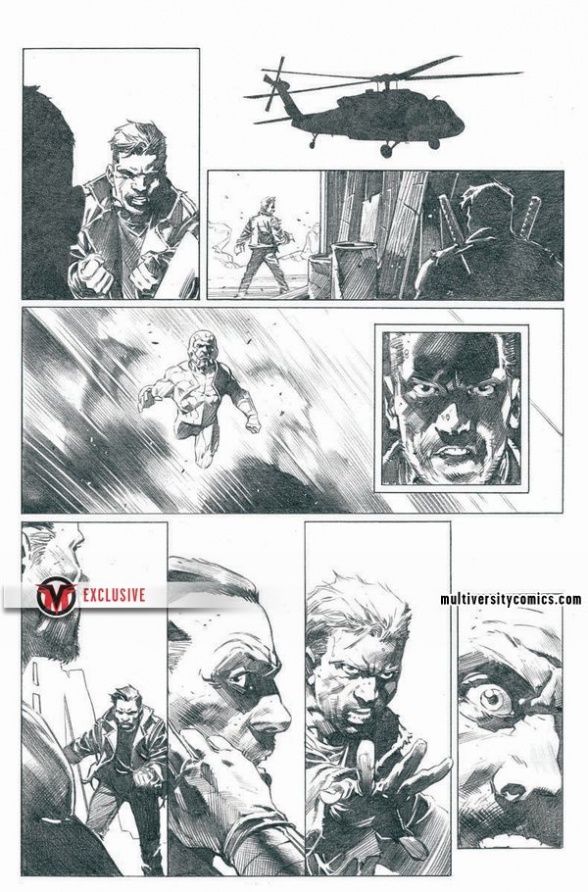 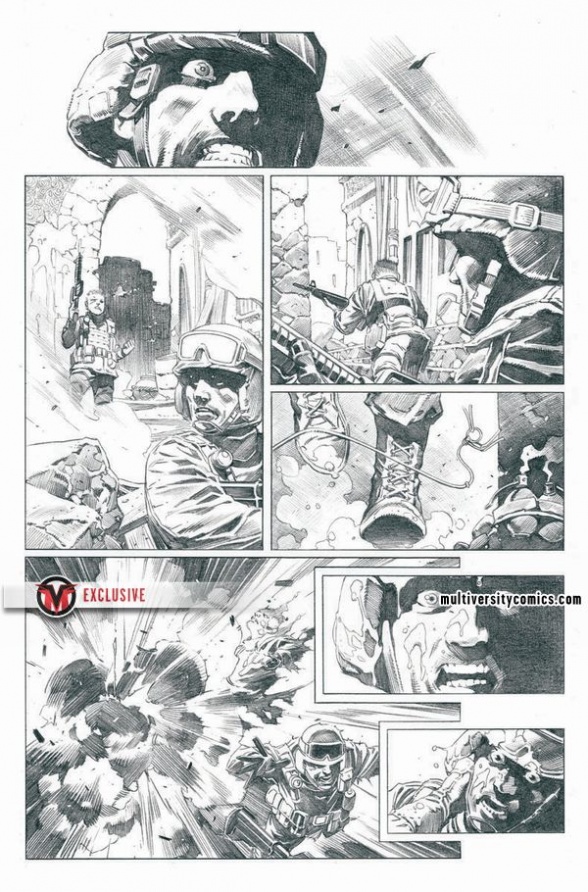 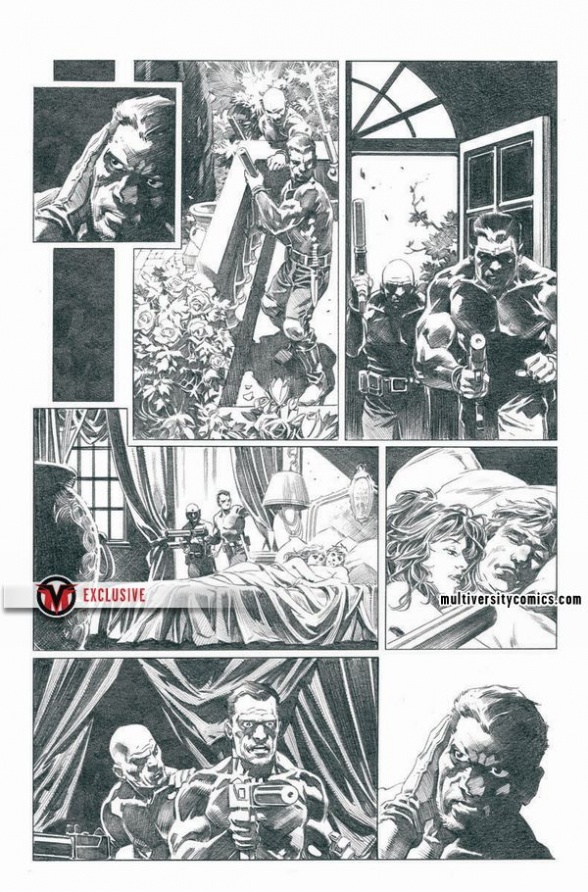