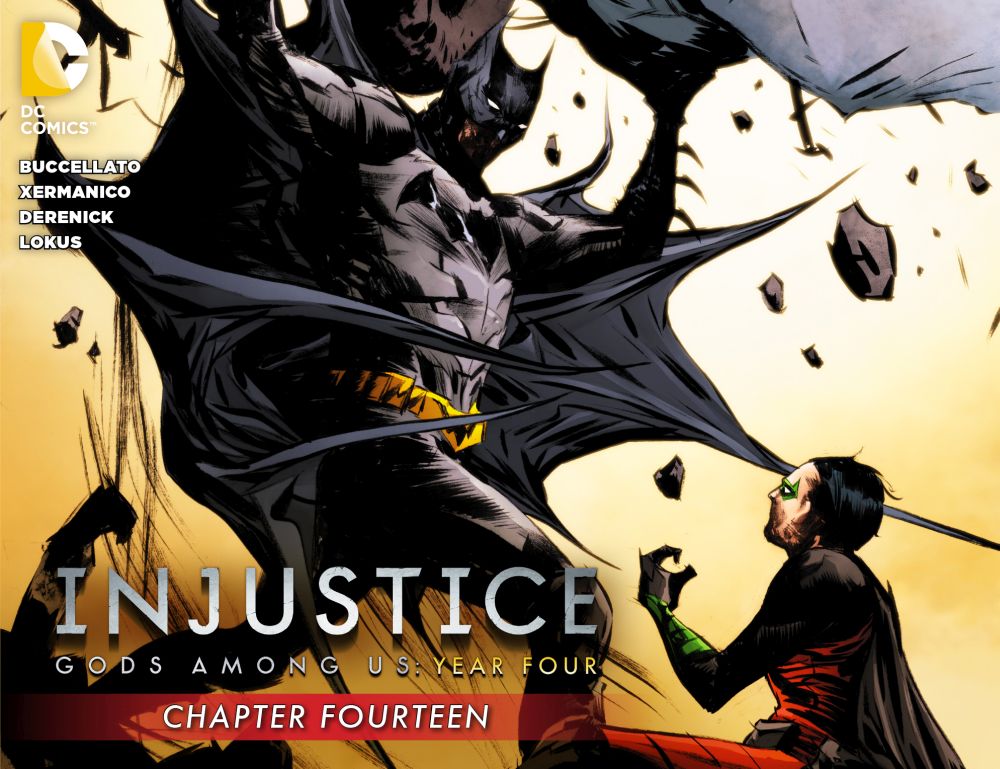 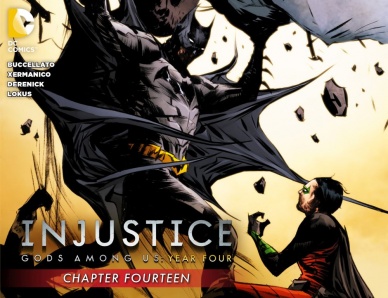 We’ve been given this exclusive look at “Injustice: Gods Among Us Year Four” chapter 14, which hits comiXology on Tuesday. The fourth year of the highly popular video game adaptation is starting to wrap up; this is the first year to be fully written by Brian Buccellato, who took over from Tom Taylor towards the end of year three.

It’s a family feud years in the making, and raised to a devastating level, as a superpowered Batman and Robin engage in an earth-shaking battle. 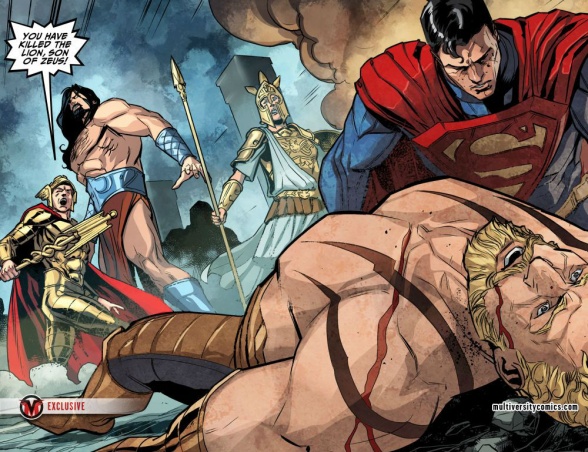 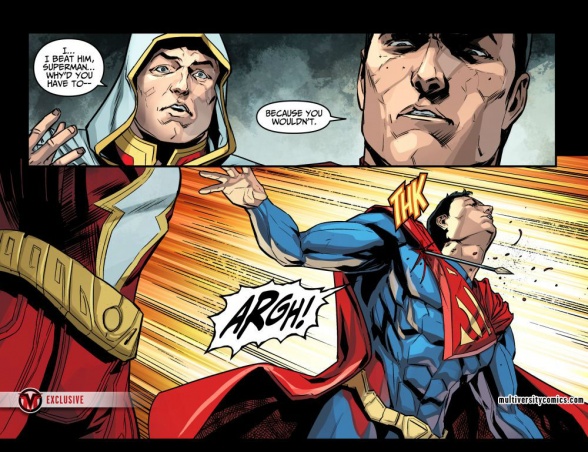 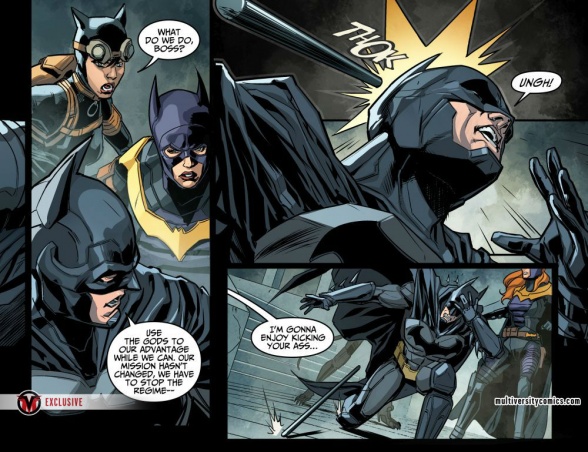 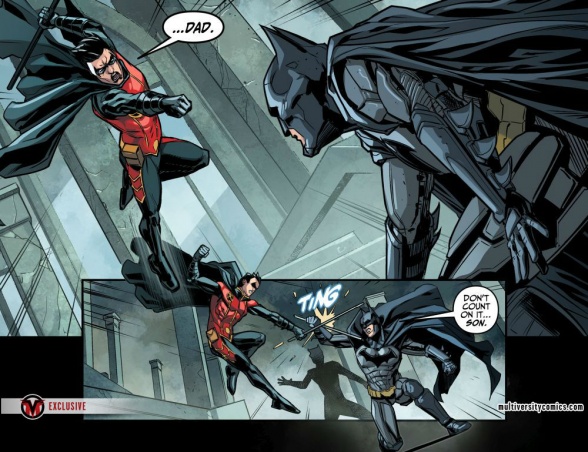 Thanks to the fine folks at DC, and make sure to pick up the chapter on Tuesday!