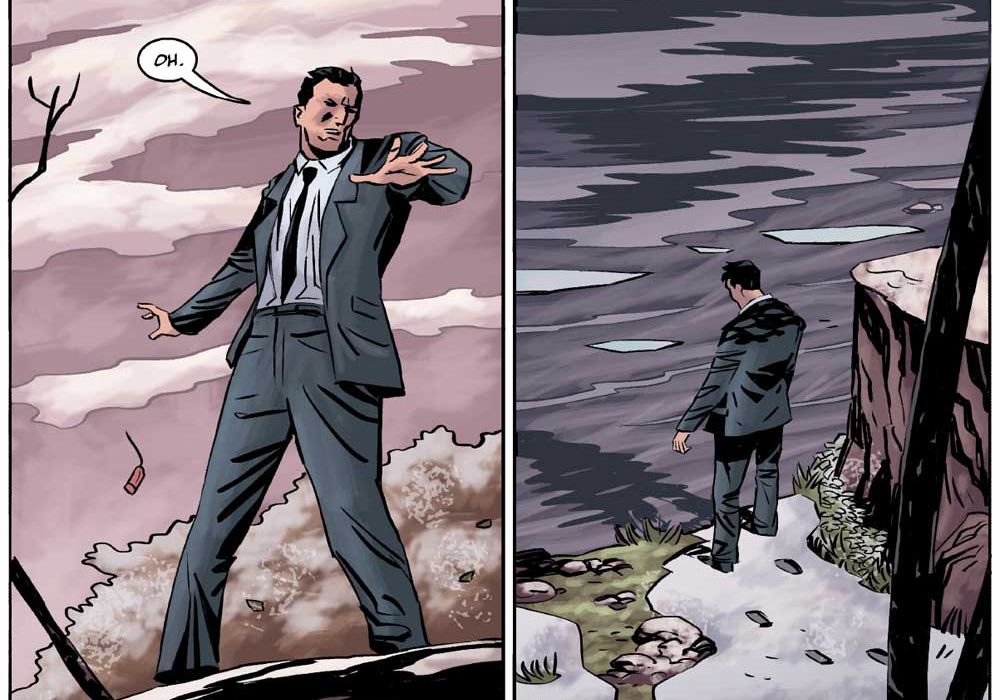 “Joe Golem: Occult Detective—The Drowning City” is a comicbook adaptation of the illustrated prose novel Joe Golem and the Drowning City by Mike Mignola and Christopher Golden. This week the five-issue miniseries wraps up, but we’re not done with the adaptation just yet. ‘The Drowning City’ is only the first half; the second half, ‘The Conjurors,’ comes later this year… 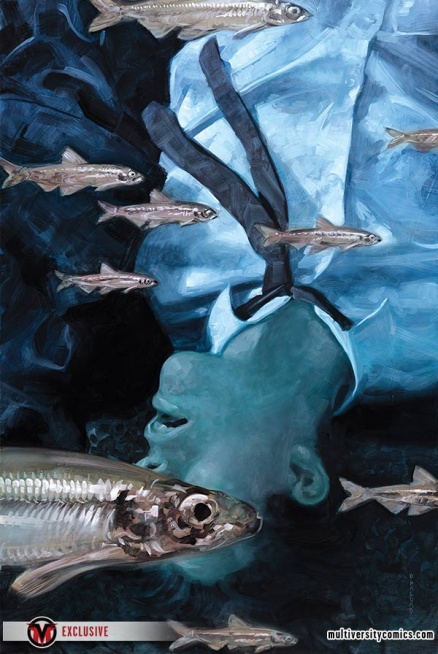 As always, Dave Palumbo is doing an amazing job on the covers. We spoke a little to editor Katii O’Brien about ‘The Conjurors.’ “We’re picking up where we left off at the end of ‘The Drowning City,’ same creative team and all,” she said. “But this arc will feel different, we’re going to get a lot more golem than anyone has seen before. We’re going to get a lot more here than just the events of the second half of the novel, and we’ll get a few connections to “Baltimore” as well. These stories are so internal, despite all the monsters and the Outer Dark and the mad scientist, they are about a very relatable human struggle to overcome our own fate.”

As for the future of the series beyond ‘The Conjurors,’ O’Brien was more tight lipped. “All I will say is that we are working on early plans for more of that universe,” she teased.

Don’t forget to pick up “Joe Golem: Occult Detective—The Drowning City” #5 this Wednesday! Check out our exclusive preview below. 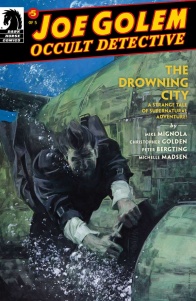 Who will wield the enigmatic and unlimited power of Lector’s Pentajulum, and to what end?

Attacked by the mad Dr. Cocteau’s henchmen, Joe Golem and Molly are separated, leaving Joe mortally wounded and Molly taken prisoner. As the moment Cocteau has waited for to contact the Outer Dark draws near, Joe makes one last heroic attempt to save Molly from powers unknown. 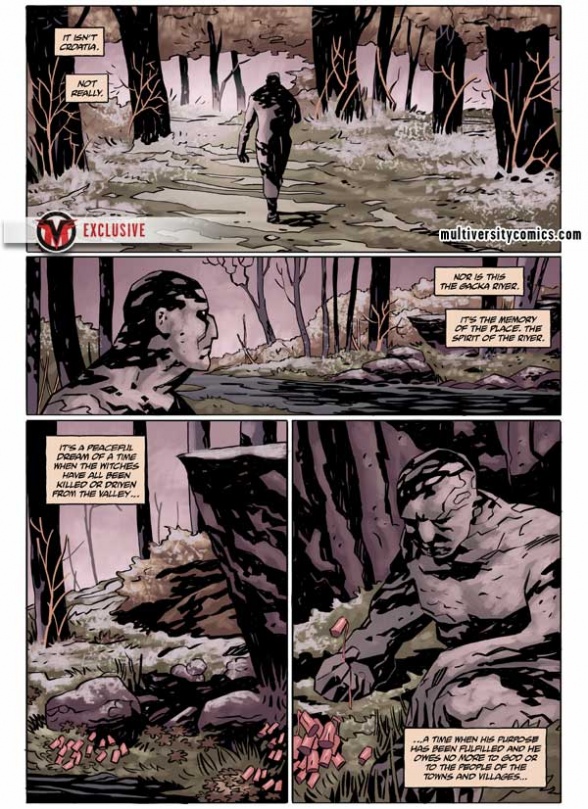 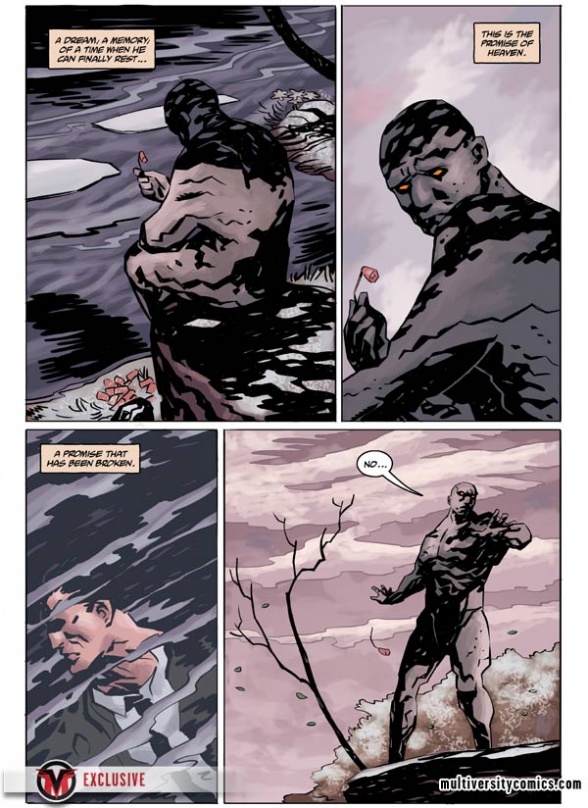 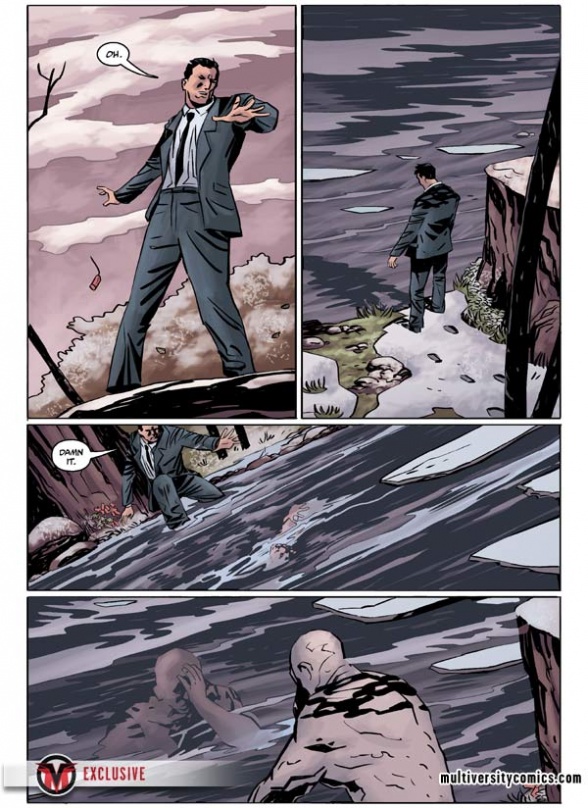 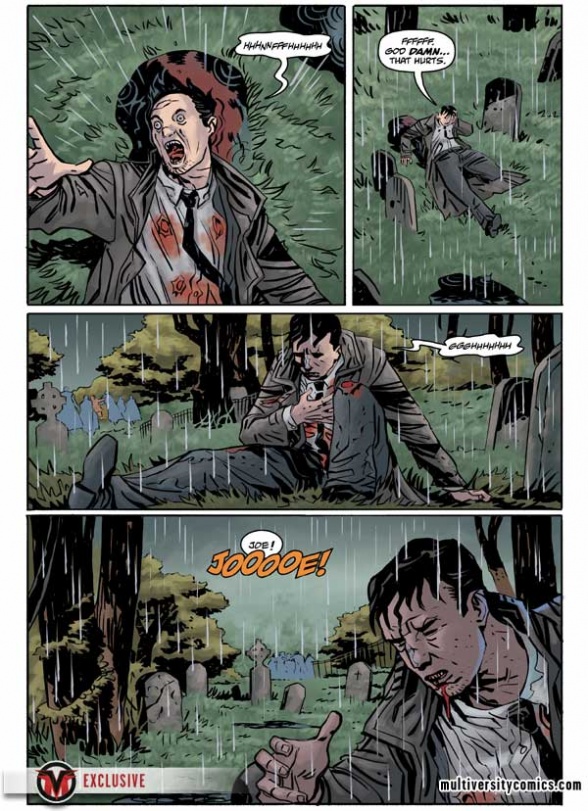 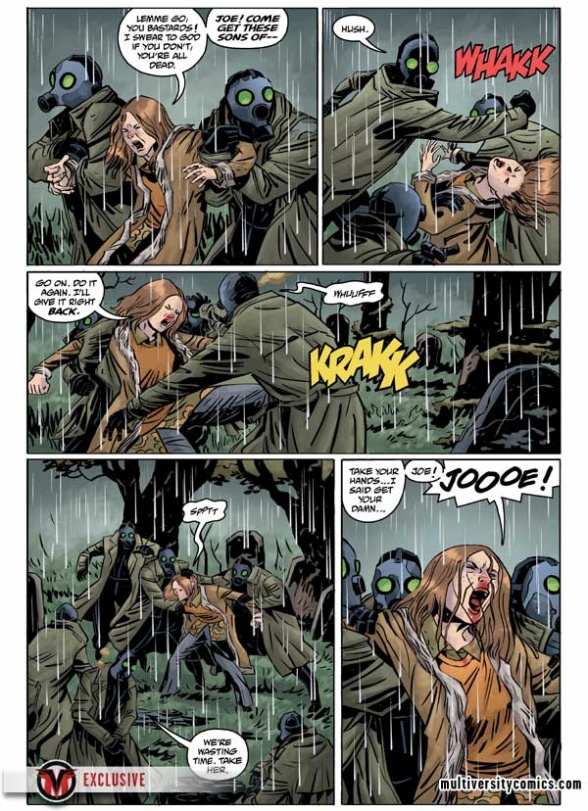 And in June, there’s a new “Joe Golem” collection coming… 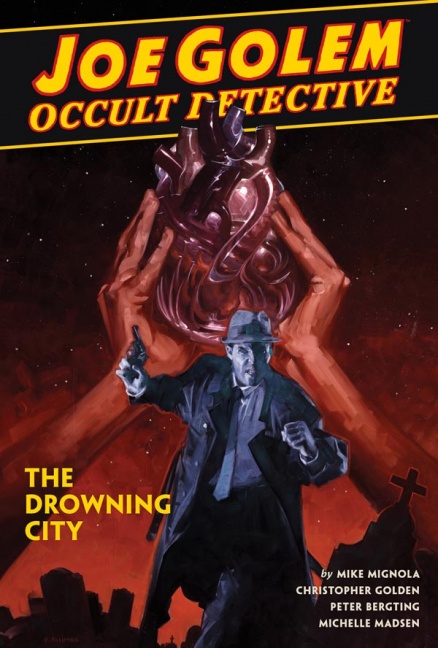 A chilling new adventure unfolds as Joe Golem investigates the kidnapping of a conjuror and the strange men who took him. Aided by the victim’s ward, a spunky teenage girl, the detective soon finds that otherworldly forces are at work. The only way to stop the madman behind the kidnapping and occult activities is to locate a strange object known as Lector’s Pentajulum. But how can they locate it, who else is trying to track it down, and how can it save both them and the city? Collects issues #1–#5 of the series, plus bonus material.