Wednesday sees the release of “Jughead’s Time Police” #1, the first issue in a five-part miniseries. This is actually the second miniseries with this title; the first dropped way back in 1990/1991. Writer Sina Grace and artist Derek Charm are bringing the series back, and we’re thrilled to share three covers for September’s fourth issue. Here’s what Grace had to say about the series:

“JUGHEAD’S TIME POLICE is a beloved thread in the traditional Archie Comics — that Juggie’s cap has time travel capabilities, and there’s a whole line of time cops in the future who honor him. Our story follows Jughead in the current Archie timeline (or is it another one completely?), wherein he makes a grave mistake and will do ANYTHING to go back in time and fix it.”

So, check out the solicitation for the issue, the three awesome covers, and come back on Friday for our review of the first issue!

Jughead is stranded on a desolate timeline, one without burgers, or hot dogs, or any meat couched in bread. He’s got to find some way to get back to the future to prevent an all-out war between the time streams—but can he do it alone?
On Sale Date: 9/25
32-page, full color comic
$3.99 U.S. 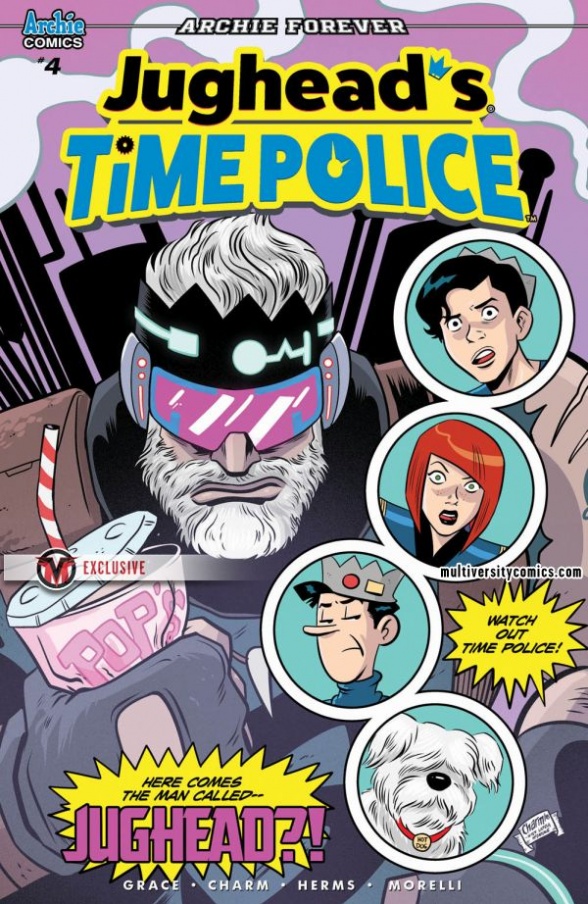 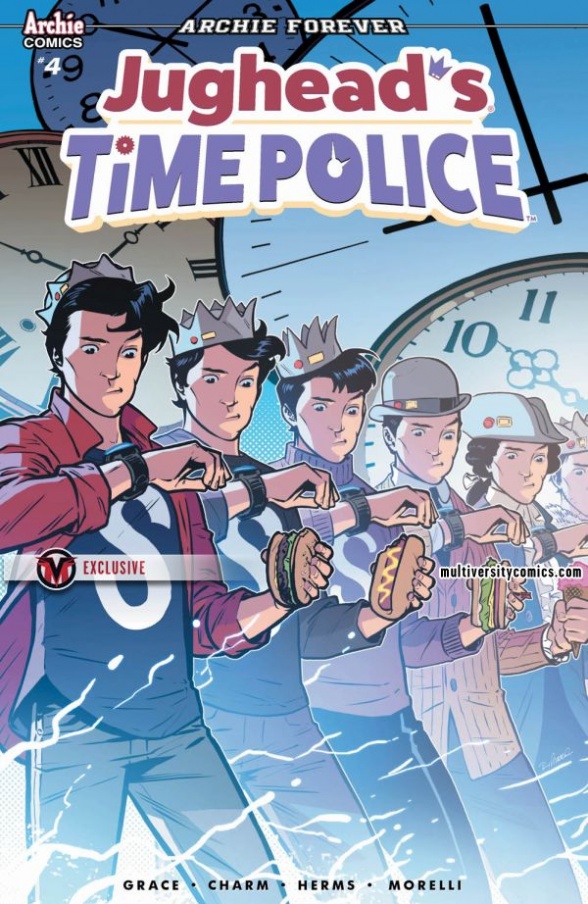 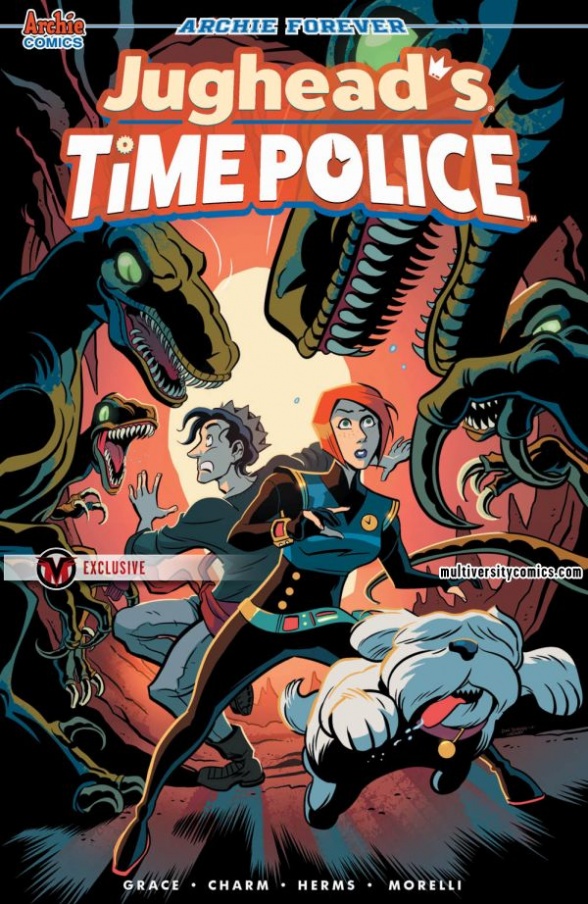 Thanks again to Archie for the images!