Lando is having a moment right now. Between Donald Glover’s exceptional performance in Solo: A Star Wars Story, and the news that Billy Dee Williams is returning to his iconic role for Episode IX, it’s a good time to be a debonair man of the galaxy. Marvel is also hitting the halfway point for their “Star Wars: Lando Double or Nothing” miniseries, which tells a tale of young Lando, along with his companion droid L3-37. We’re thrilled to share the exclusive preview of this issue, which drops next week. 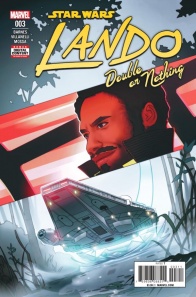 LANDO’s luck ran out when he was captured by BATALLA. Batalla’s in luck with a big payoff if he turns Lando over to his enemies. And there’s a lot of them. Will a galaxy of bad guys finally get their due against the ultimate thorn in their side?

Thanks again to Marvel for the preview, and make sure to pick up the issue on Wednesday! 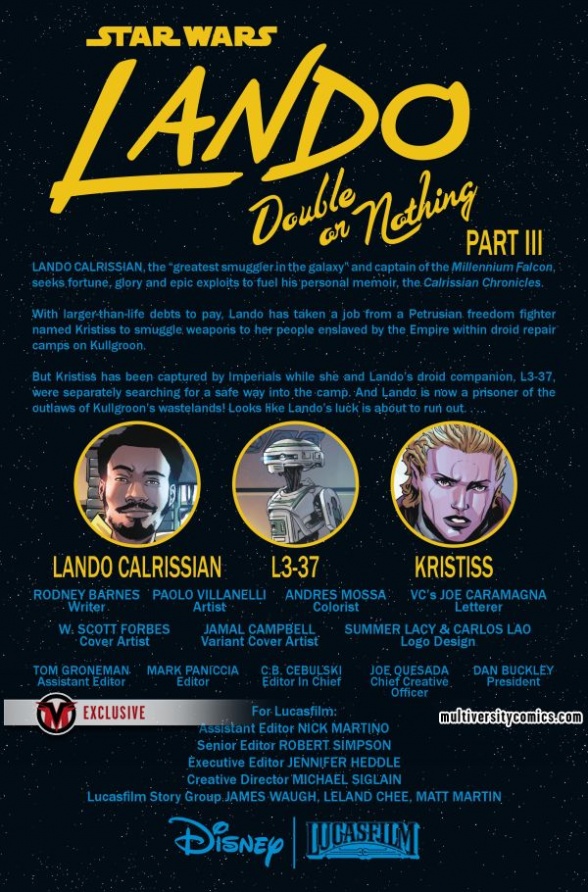 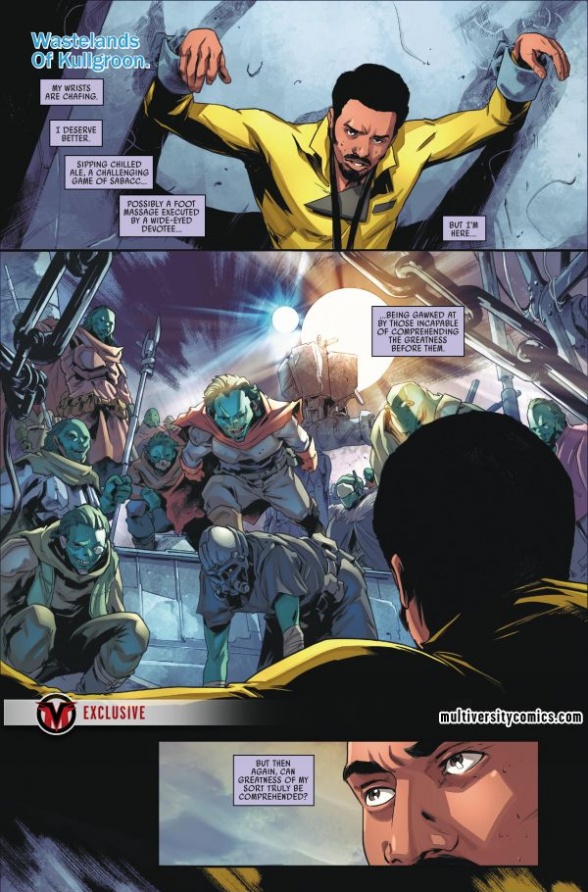 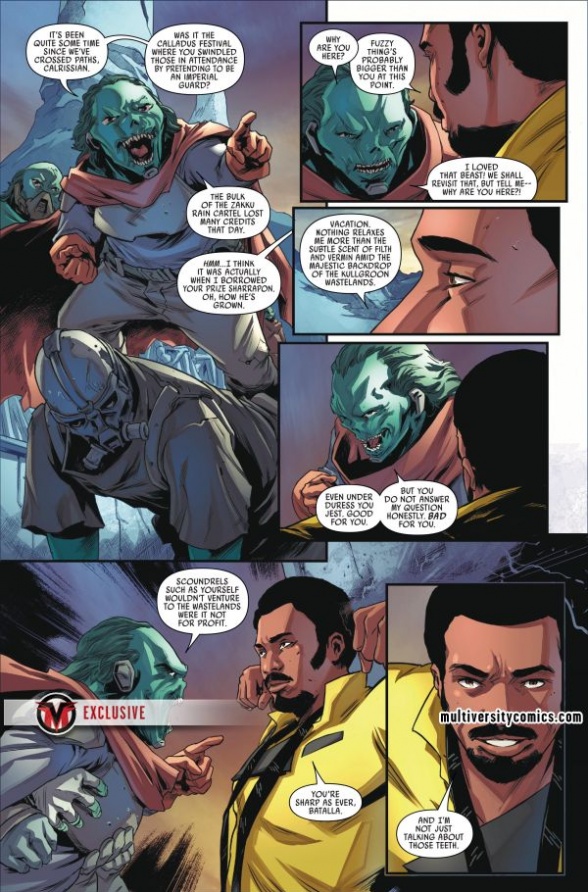 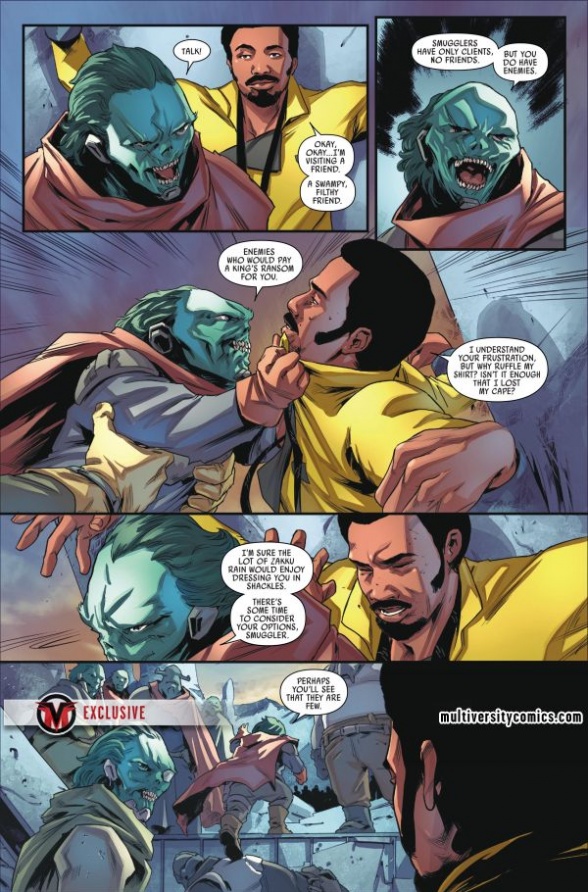 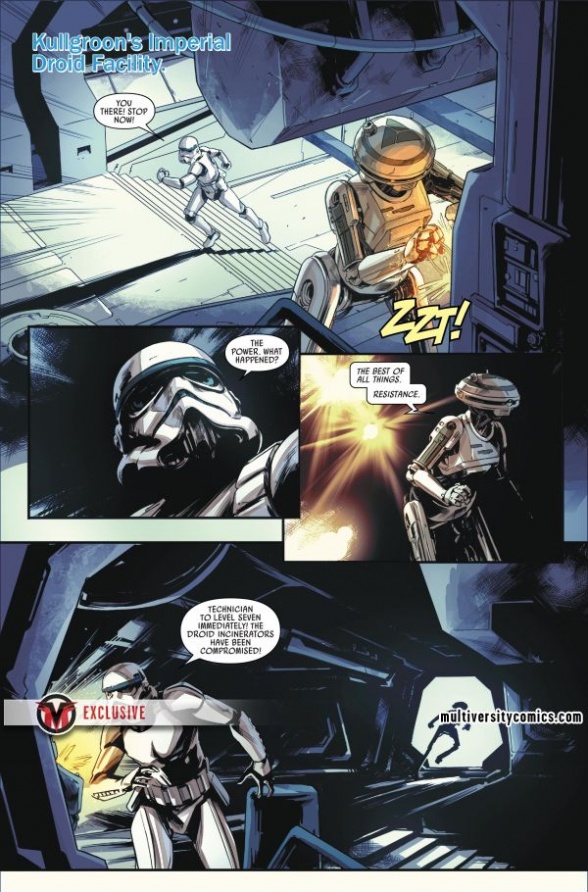