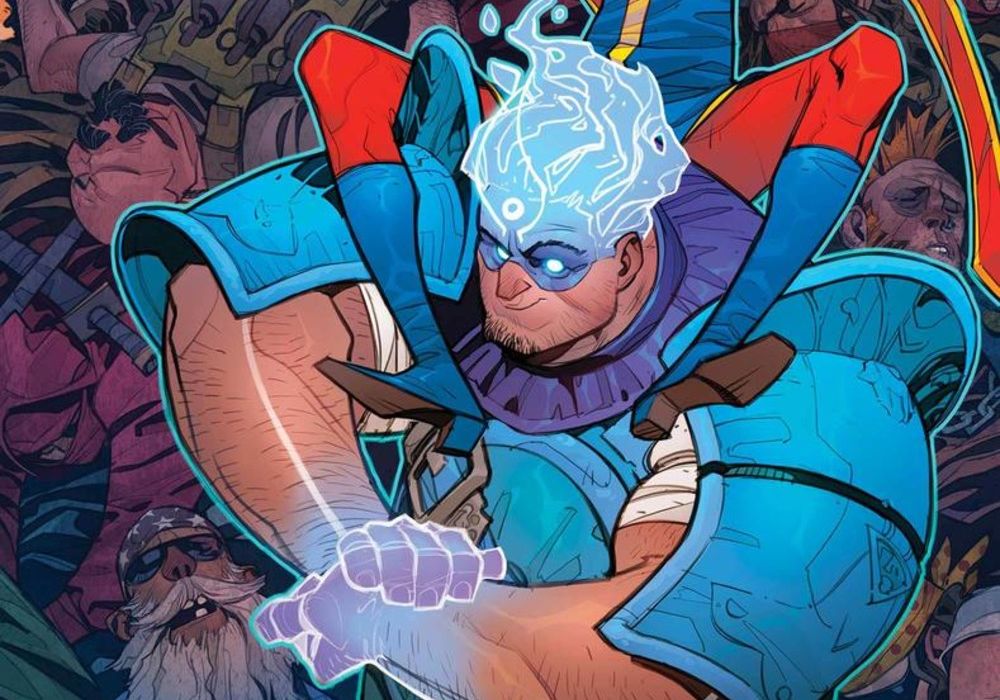 There have been Arab superheroes in the Marvel Universe, and there have been Asian-American heroes, but there has never been an Arab-American Marvel hero – until now. We are proud to present this exclusive preview of next week’s “Magnificent Ms. Marvel” #13, introducing Amulet, the history making hero created by series writer Saladin Ahmed and popular illustrator Sara Alfageeh!

This town ain’t big enough for the both of ‘em. Or is it? There’s a new hero in Jersey City! Introducing FADI FADLALAH, A.K.A. AMULET! What secrets is this gentle giant hiding? Is he friend or foe? And why’s he showing up now, just when Kamala got her life back on track? Read and find out, True Believer! 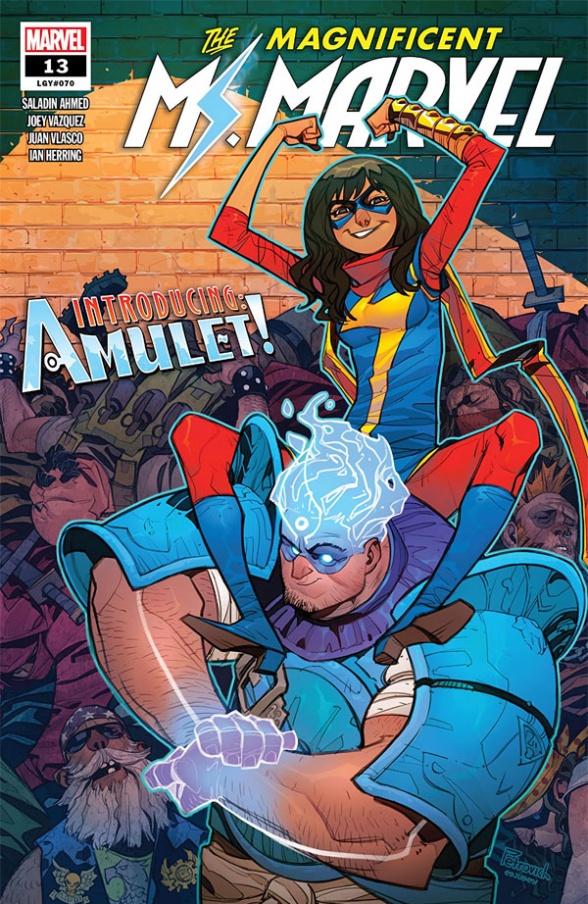 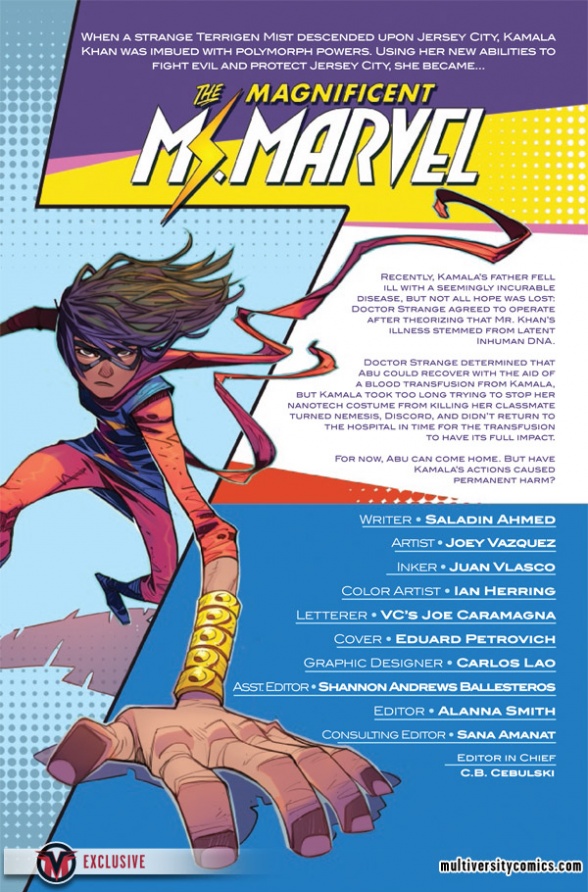 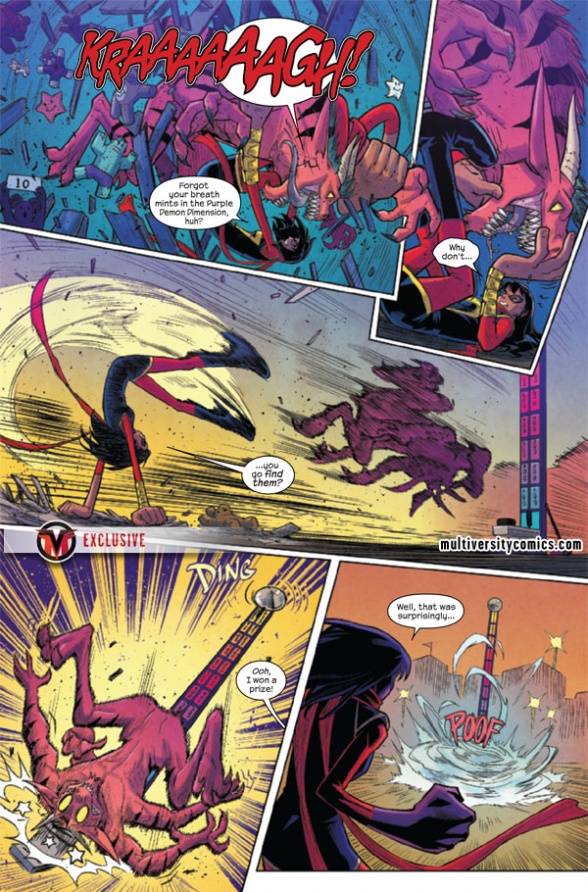 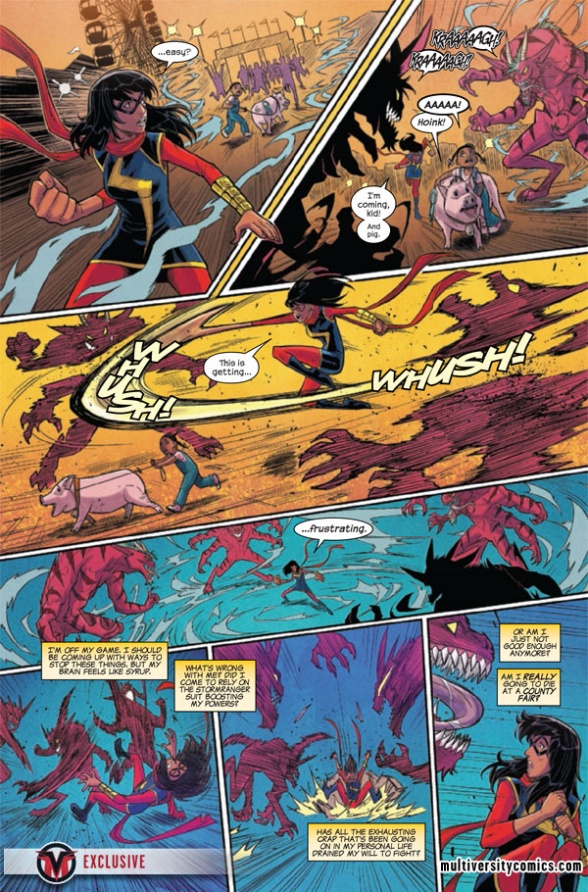 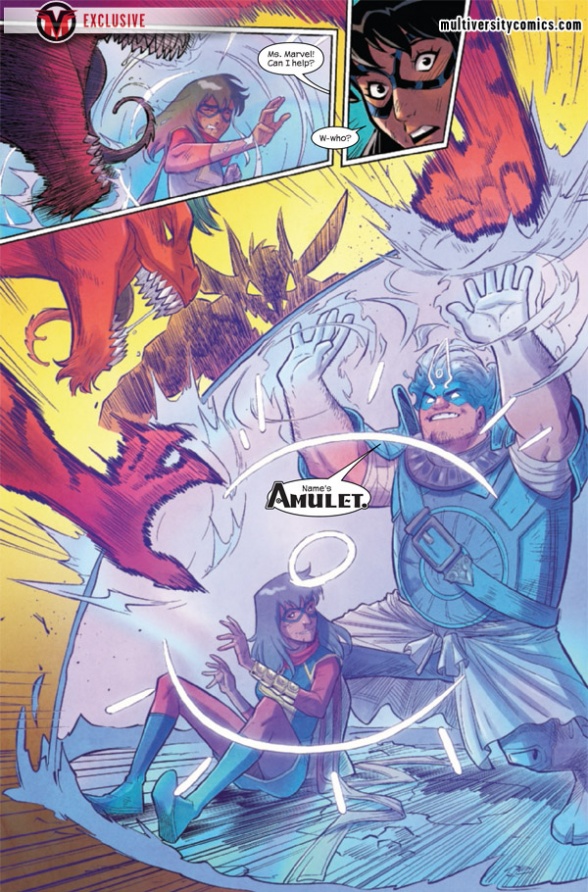