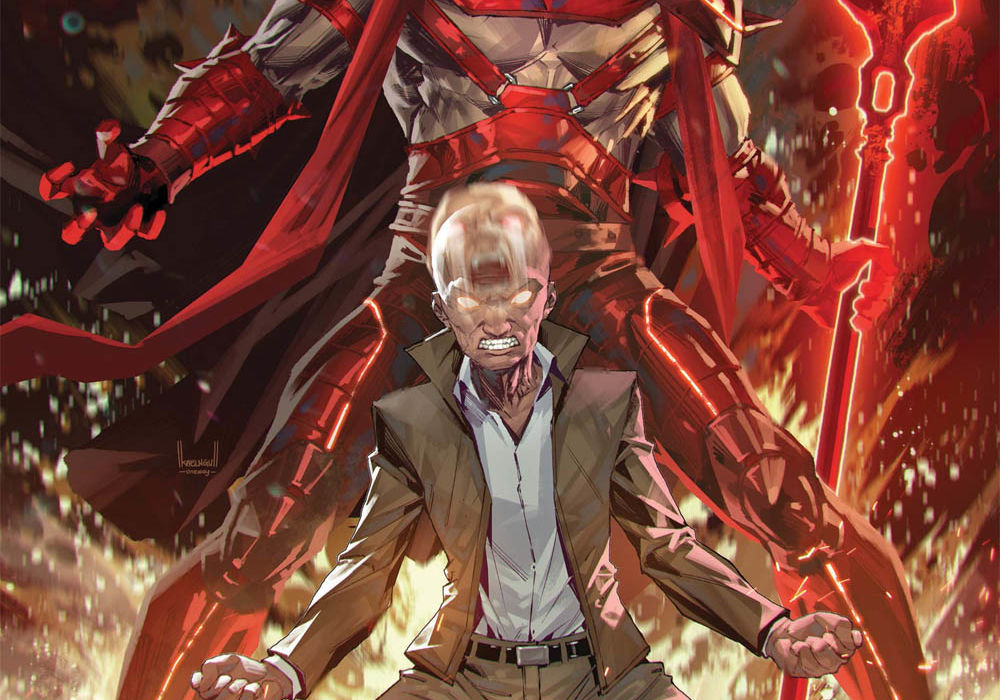 Twenty years ago, at the start of Grant Morrison and Frank Quitely’s “New X-Men” run, Professor Charles Xavier’s literal evil twin Cassandra Nova committed genocide against the mutants of Genosha, slaughtering millions of Magneto’s subjects — no wonder the Shi’ar Empire are concerned that Krakoa’s Marauders are venturing into space because of her. We are pleased to present an exclusive, three-page preview of Steve Orlando and Eleonora Carlini’s second issue on the series, featuring Erik the Red! 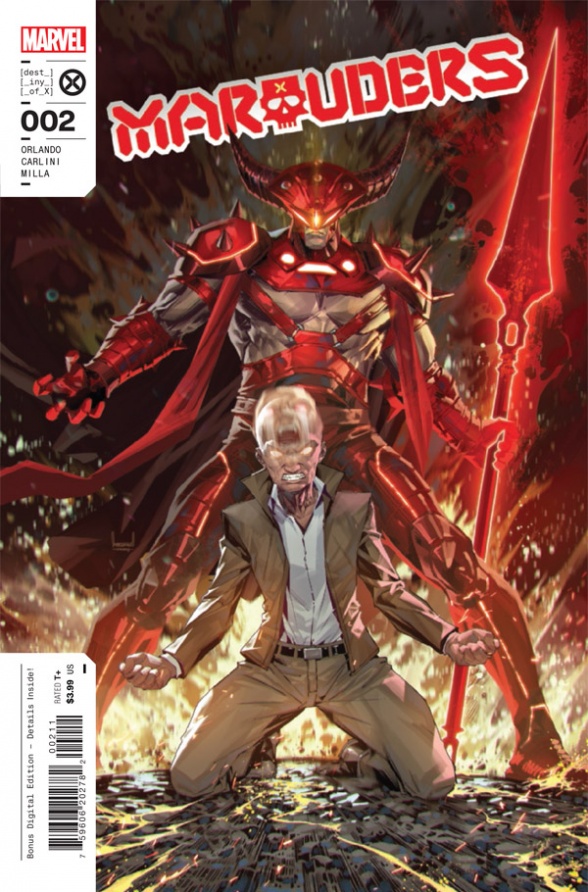 The Marauders race toward Shi’ar space on a collision course with an explosive secret, spurred by the crew’s malicious eighth member: Cassandra Nova! What could possibly go wrong? But unfortunately for them, the Shi’ar Majestrix has raised an imperial armada to stop the Marauders in their tracks! 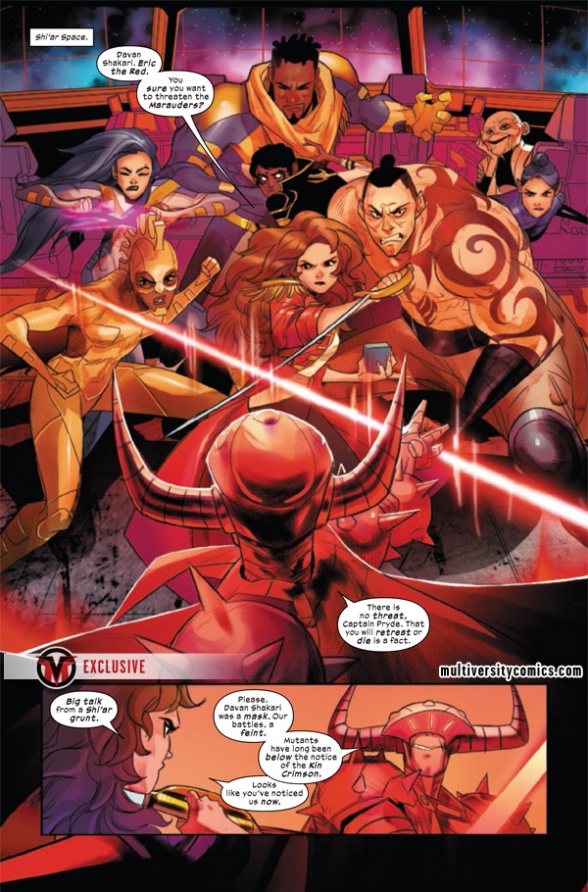 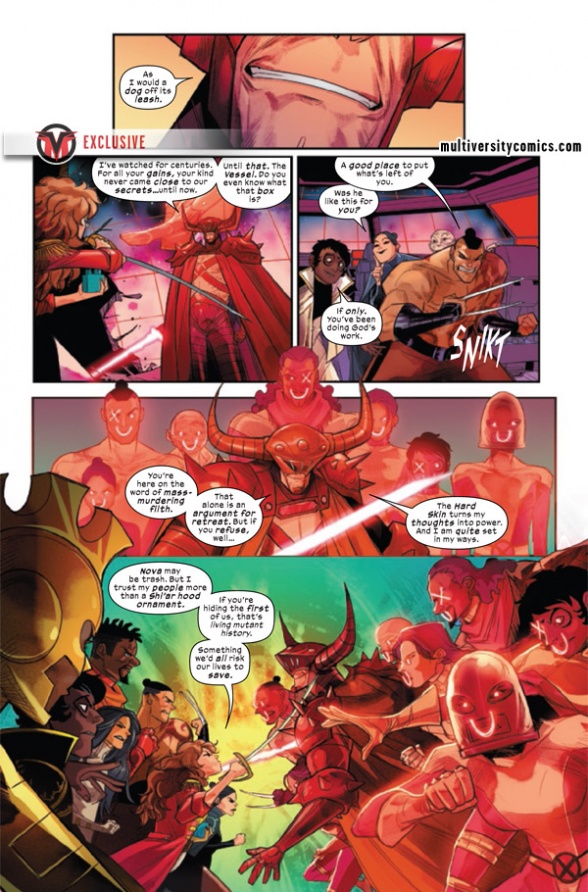 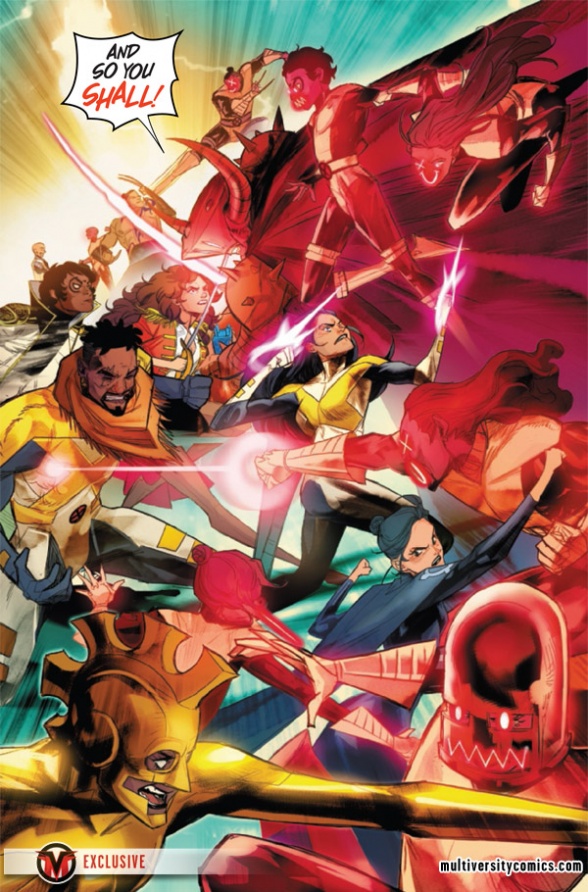