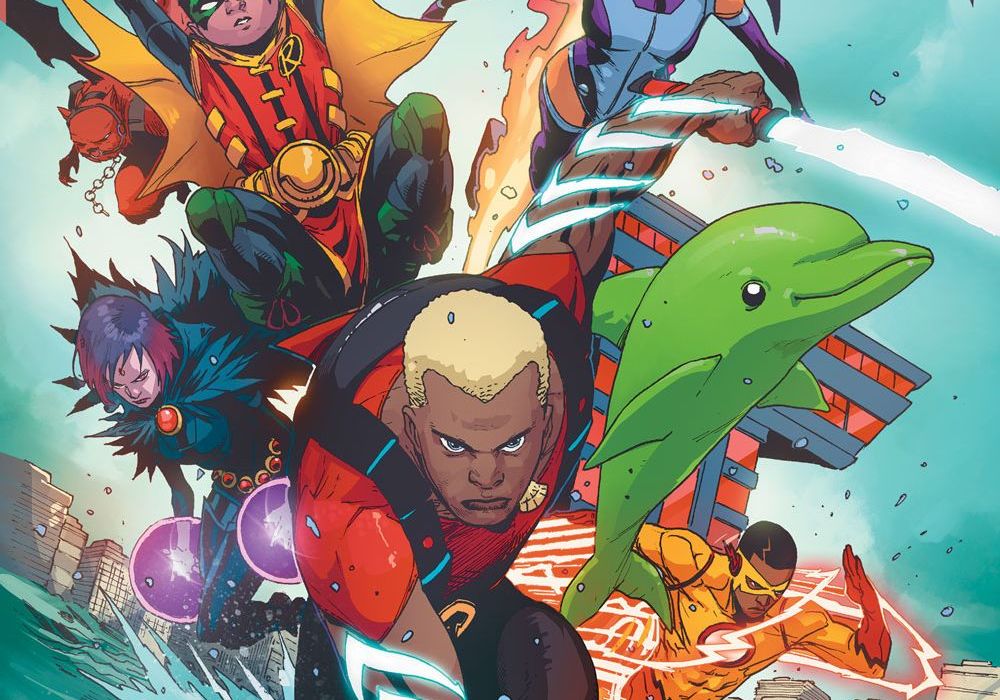 While featured in “DC Universe Rebirth” #1, and rumored for some time to be joining “Teen Titans,” we can officially announce that Aqualad will, indeed, be joining the Robin-led team come March. We are thrilled to give you an exclusive first look at the cover and solicit information for not just “Teen Titans,” but also “Superwoman,” “Super Sons,” and “The Flintstones.” 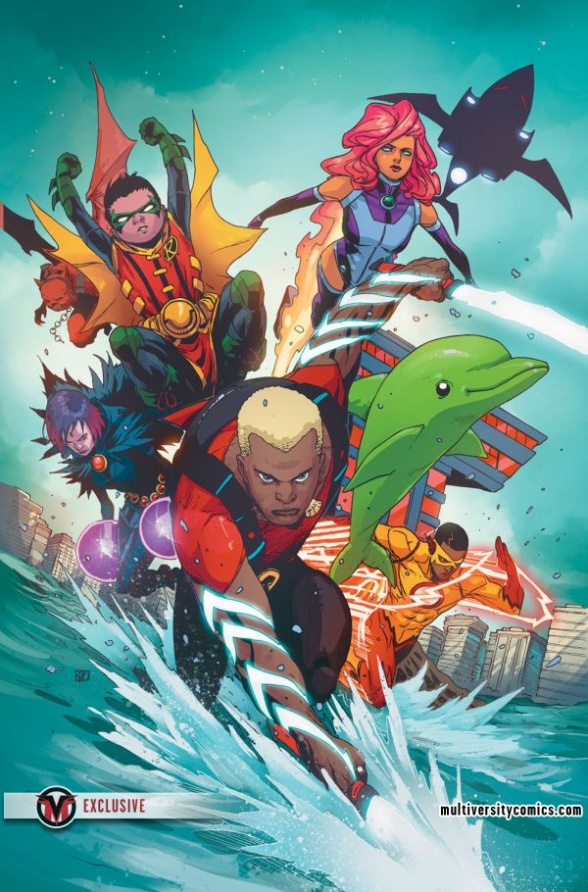 TEEN TITANS #6
Written by BENJAMIN PERCY
Art by KHOI PHAM and WADE VON GRAWBADGER
Cover by KHOI PHAM
Variant cover by CHRIS BURNHAM
“THE RISE OF Aqualad” part one! New story! New city! New member? As the team adjusts to their new lives at Titans Tower, Damian investigates a series of strange disappearances in San Francisco. Meanwhile, Jackson Hyde heads west to fulfill his destiny…and finds himself in the crosshairs of the Teen Titans!
On sale MARCH 22 • 32 pg, FC, $2.99 US • RATED T 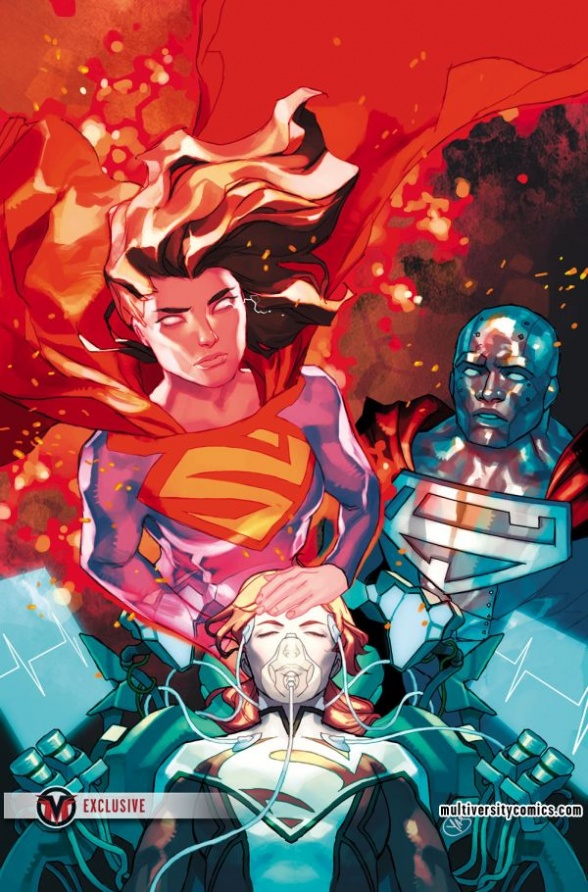 SUPERWOMAN #8
Written by PHIL JIMENEZ
Art by EMANUELA LUPACCHINO and RAY McCARTHY
Cover by YASMINE PUTRI
Variant cover by RENATO GUEDES
“By a Thread”! The super-family rallies around Superwoman as the reason her powers are killing her is revealed, as are her connections to New 52 Superman! The events of “Superman Reborn” will greatly impact the future of Metropolis’ newest hero!
On sale MARCH 8 • 32 pg, FC, $2.99 US • RATED T 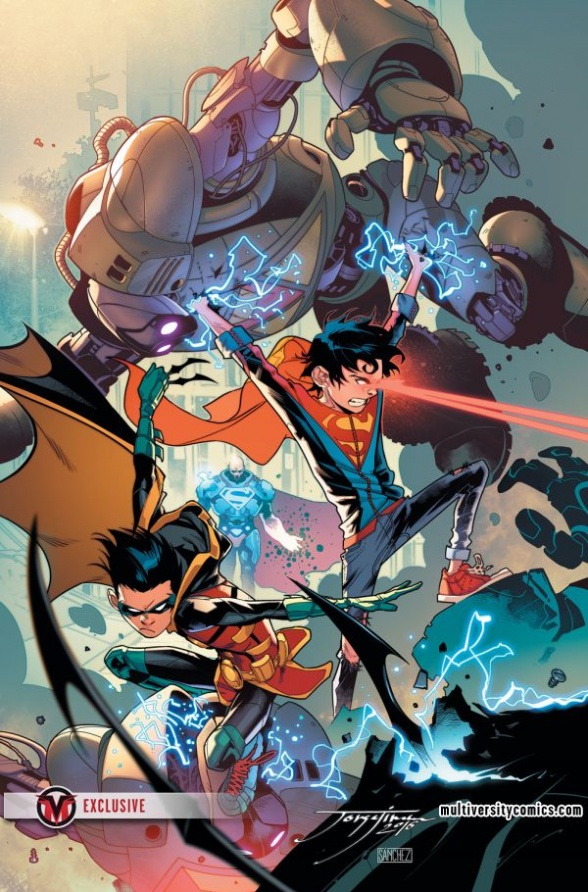 SUPER SONS #2
Written by PETER J. TOMASI
Art and cover by JORGE JIMENEZ
Variant cover by DUSTIN NGUYEN
“When I Grow Up” part two! Robin and Superboy—in the clutches of Lex Luthor! The boys are in big trouble! How exactly are they supposed to explain what’s happened to Superman and Batman? Plus, Kid Amazo’s power grows, and this tyrant in the making is about to make life miserable for the Super Sons!
On sale MARCH 15 • 32 pg, FC, $2.99 US • RATED T 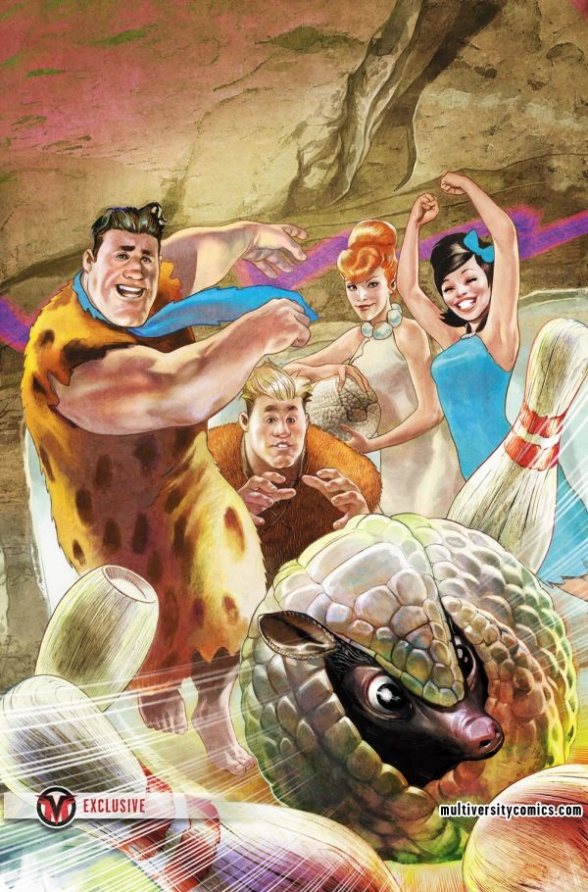 THE FLINTSTONES #9
Written by MARK RUSSELL
Art and cover by STEVE PUGH
Variant cover by ROB GUILLORY
In an effort to cheer Fred up after he loses his job, Wilma buys him a new armadillo bowling ball. There’s just one problem: it’s terrifying the household appliances! Meanwhile, across town, the Bedrock elite join a shadowy prosperity economic cult.
On sale MARCH 1 • 32 pg, FC, $3.99 US • RATED T

Thanks again to DC, and make sure to look out for the full solicitations when they drop on Monday.