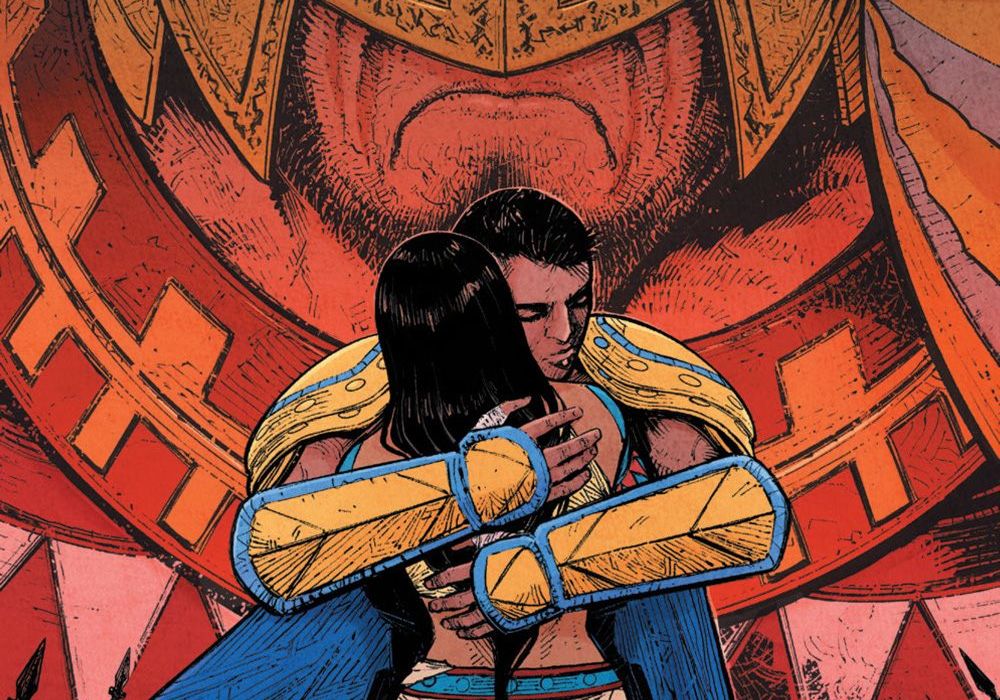 One of the flagship books of A Wave Blue World has been the “Mezo” series. Written by AWBW co-publisher Tyler Chin-Tanner, the series takes the fantasy genre and moves it in the Mesoamerican setting. “Mezo: Battle at Coban Rock” is the second in the “Mezo” series, as well as the second where Chin-Tanner collaborated with Brazilian artist Val Rodriguez, who you may know from his work on Vault’s “Deep Roots.”

We are thrilled to share an exclusive first look at the fourth issue of the series, due out on August 3rd.

In the land of Mezo, the Tzalekuhl Empire sets out to conquer all surrounding territories, disrupting the peace that has lasted for generations. Only Kyma, the daughter of a fallen chief who refused to yield, stands in their way with the aid of the mighty Huax’kin Warriors. As the battle rages all around them, Uhna and Balaque come face to face with Roden, who they’ve not seen since The Rupture. The reunion with their old friend causes the twins to question their allegiances. Meanwhile, Kyma’s mother Mz’ira challenges Phegor to a duel with the fate of the tribes hanging in the balance. It’s Mz’ira vs. Phegor! One will win. The other will die.

Thanks to the folks at A Wave Blue World for the preview, and make sure to pick up the issue in August! 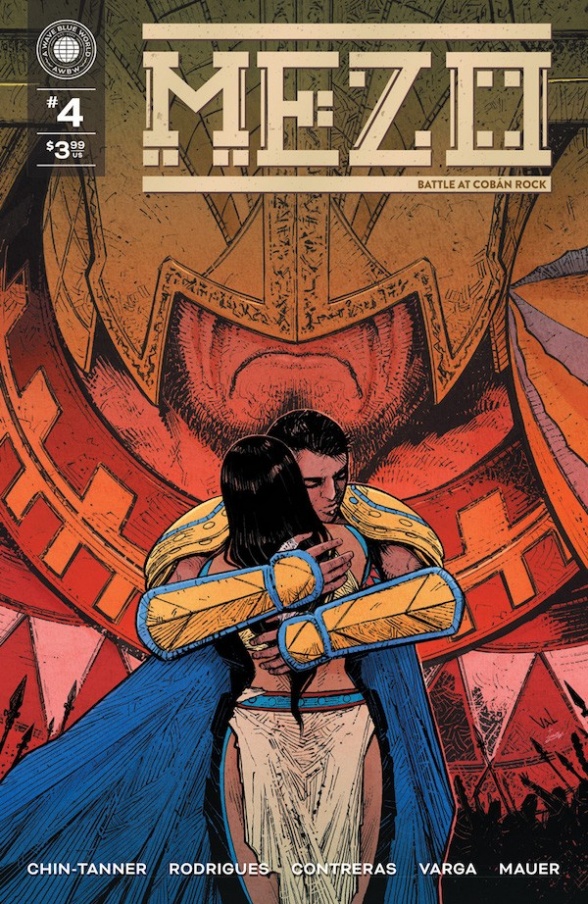 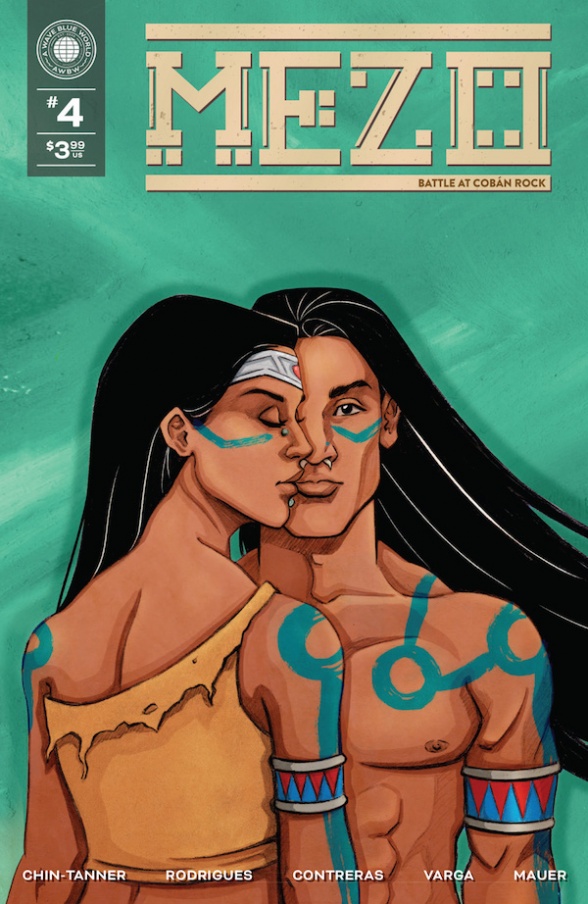 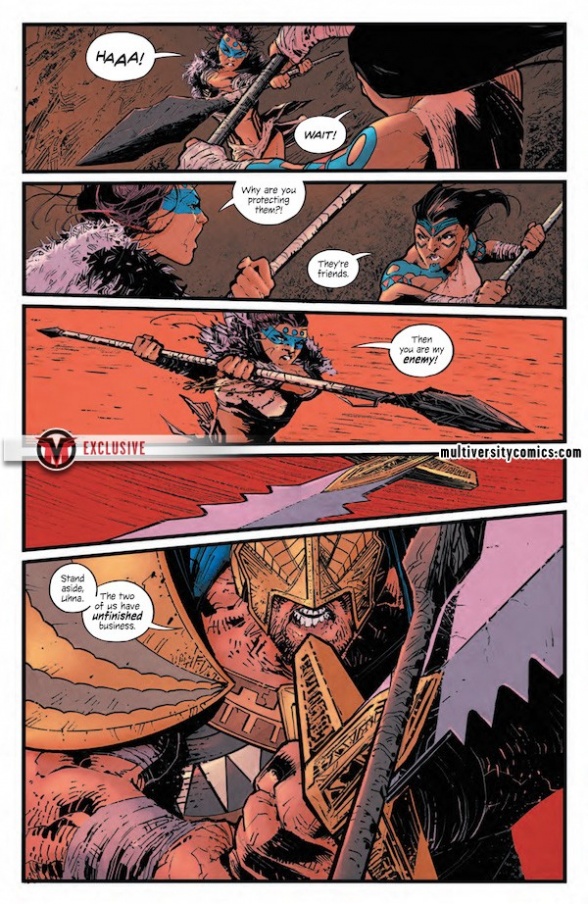 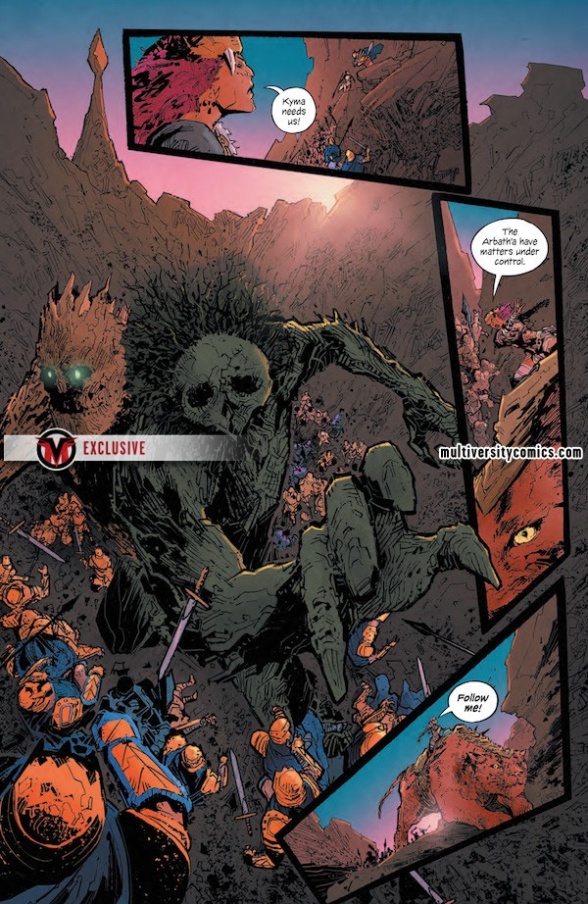 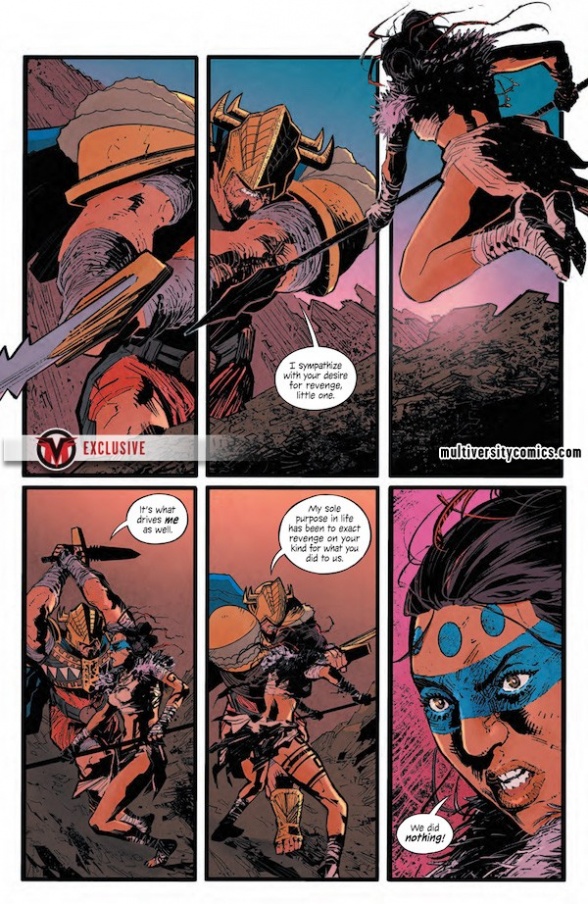 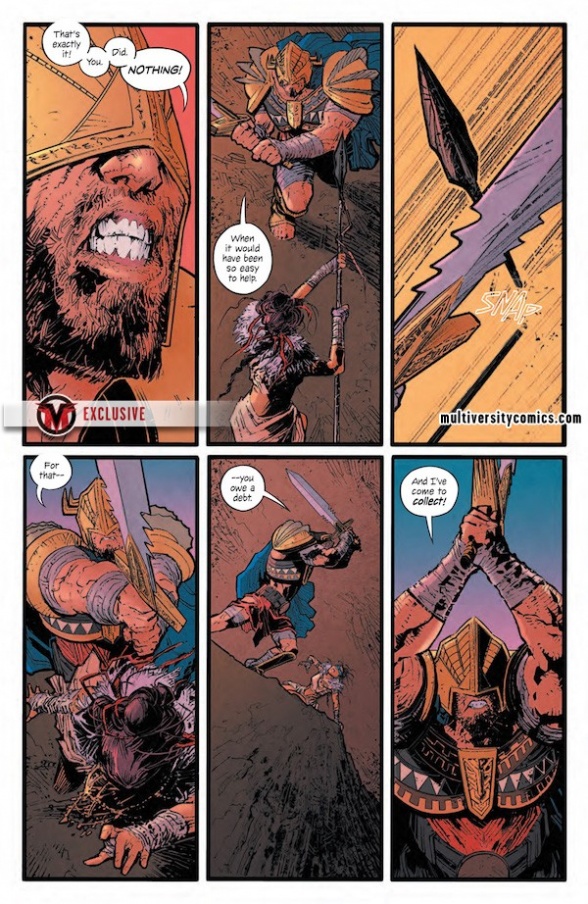 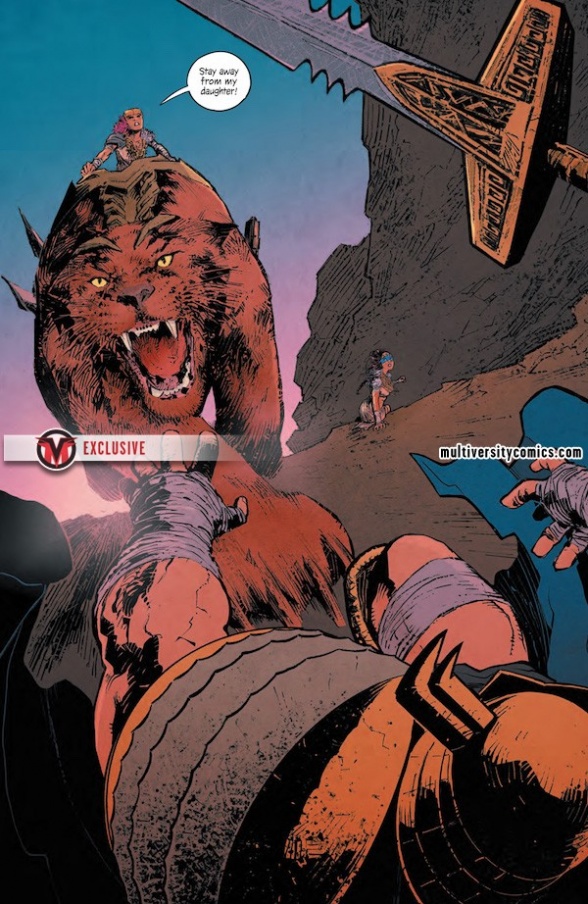