“Miles Morales: Spider-Man” #10 is a significant issue for many reasons, least of all the fact it marks 250 overall issues of the adjectiveless “Spider-Man” series that Miles began headlining after ‘Secret Wars,’ and eight years since the first comic he starred in (“Ultimate Comics Spider-Man” #1, released September 14, 2011): the Ultimate Universe is back with a vengeance, with the arrival of a new villain named Ultimatum, who now has control of the Ultimate Green Goblin! We are proud to present an exclusive three-page preview of Saladin Ahmed and Javier Garron’s main story, as well as a sneak peek of Ahmed and Annie Wu’s back-up revealing the origin of Vulture’s granddaughter, Starling! 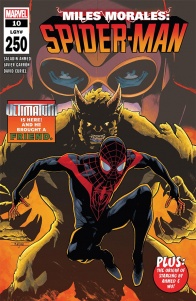 SPIDER-SEMIQUINCENTENNIAL OR BIG 250th ANNIVERSARY ISSUE? That’s right, it’s our 250th issue and it’s Miles Morales’ birthday! But YOU’RE getting all the gifts! A mystery dating back to Miles’ first appearance? Answered! A terrifying villain destined to become one of Miles’ greatest adversaries? Revealed! Special guests, like maybe Peter Parker: Spider-Man? YOU KNOW IT! All busting out of 25 pages by main series storytellers Saladin Ahmed and Javier Garrón, PLUS a bonus back-up by Ahmed and a special guest artist delving into the history of your new favorite character, STARLING! Your FOMO is well-founded! DON’T MISS IT!

Thanks to Marvel for the preview, and be sure to pick up your copy this Wednesday! 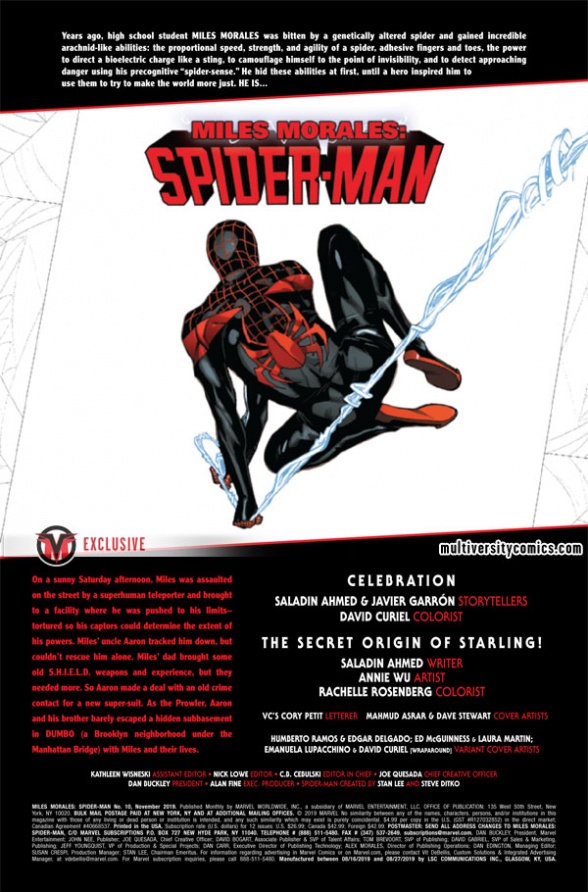 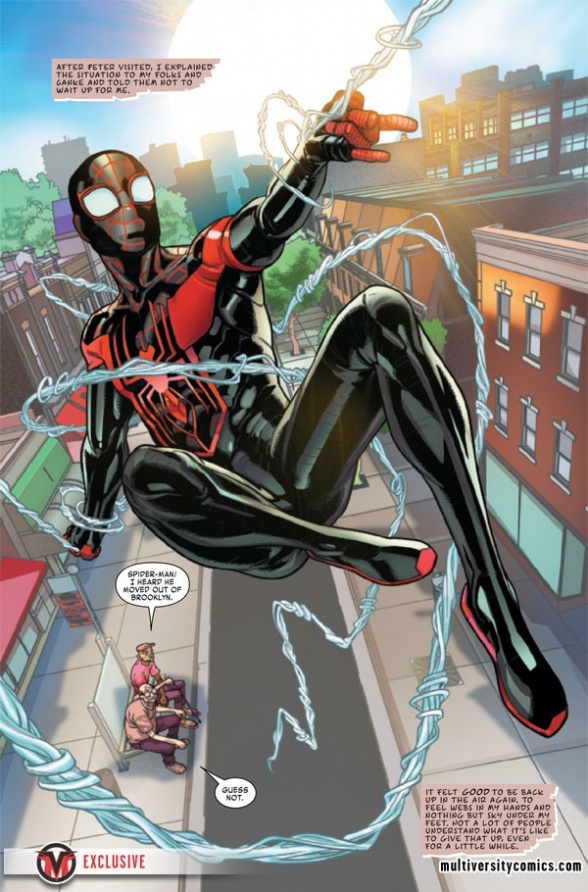 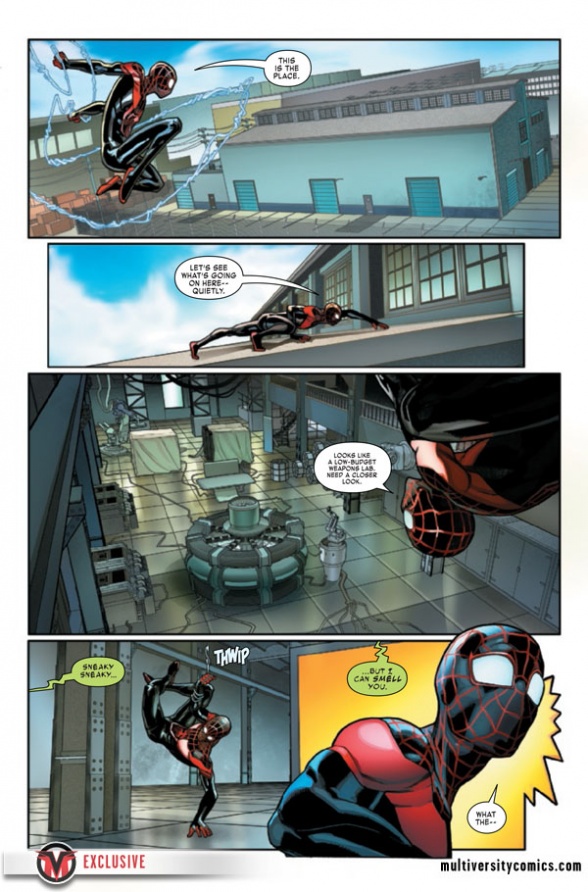 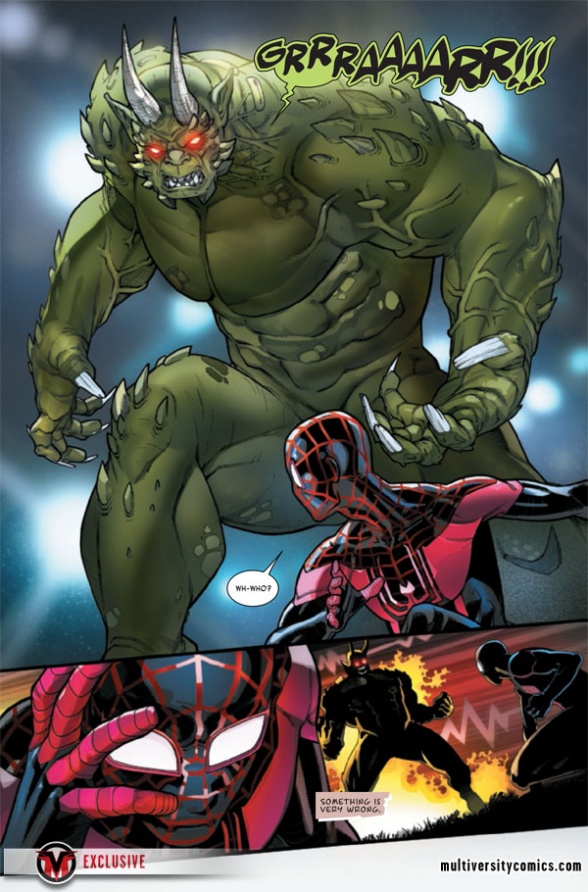 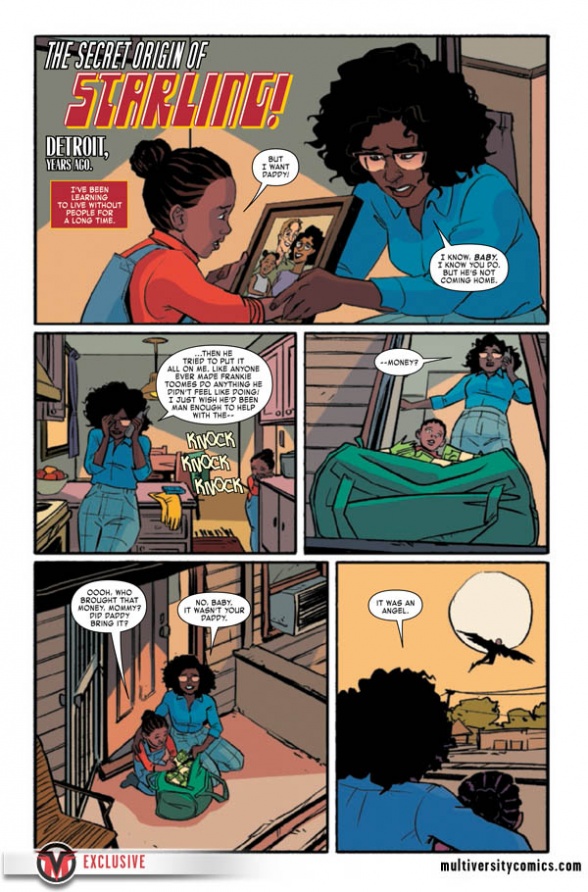