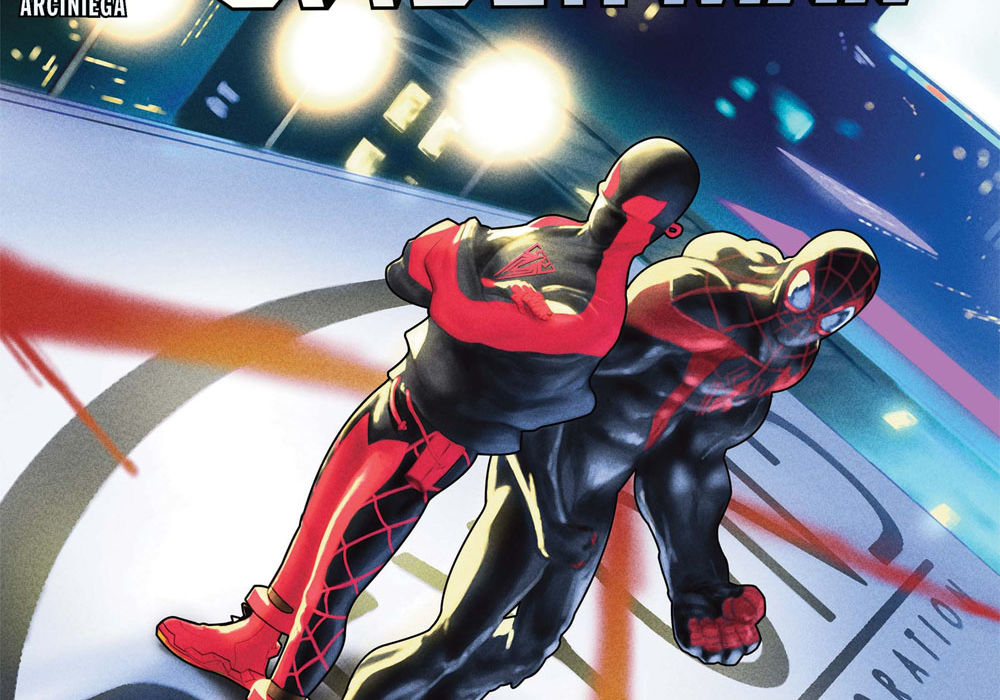 One of the major messages behind the character of Miles Morales is that anyone can be Spider-Man: unfortunately, as seen in “The Amazing Spider-Man” series, the Beyond Corporation doesn’t see it that way, and want Ben Reilly to be the only Spider-Man answerable to them. With Beyond’s machinations now spilling over into the younger webslinger’s life, it’s up to Miles — and his newly introduced clone brother, Shift — to take the fight to them in our exclusive preview of next week’s tie-in issue, “Miles Morales: Spider-Man” #33. 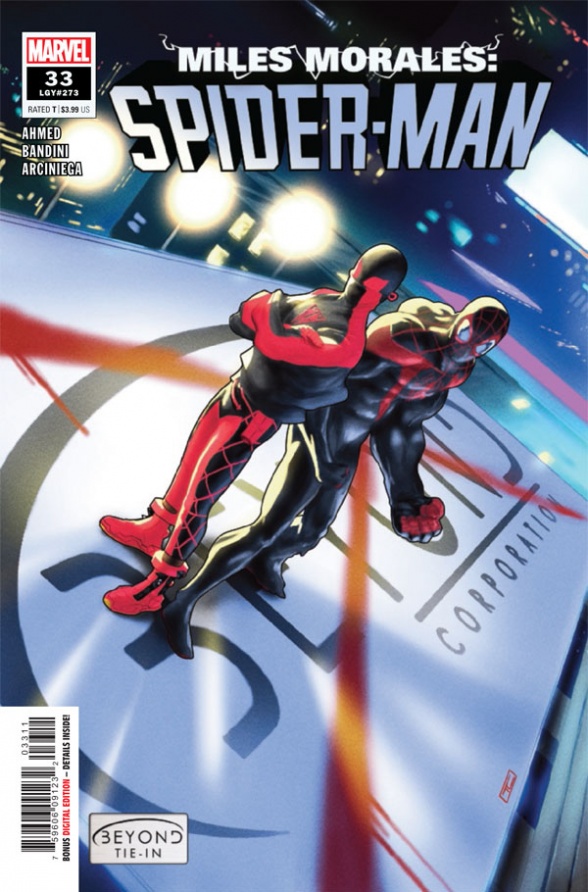 BEYOND TIE-IN! The events of AMAZING SPIDER-MAN #81 open up a can of worms and send Miles and Shift on a quest that will have dire effects on both of them. What does this mean for Ben Reilly? Keep reading, True Believers! 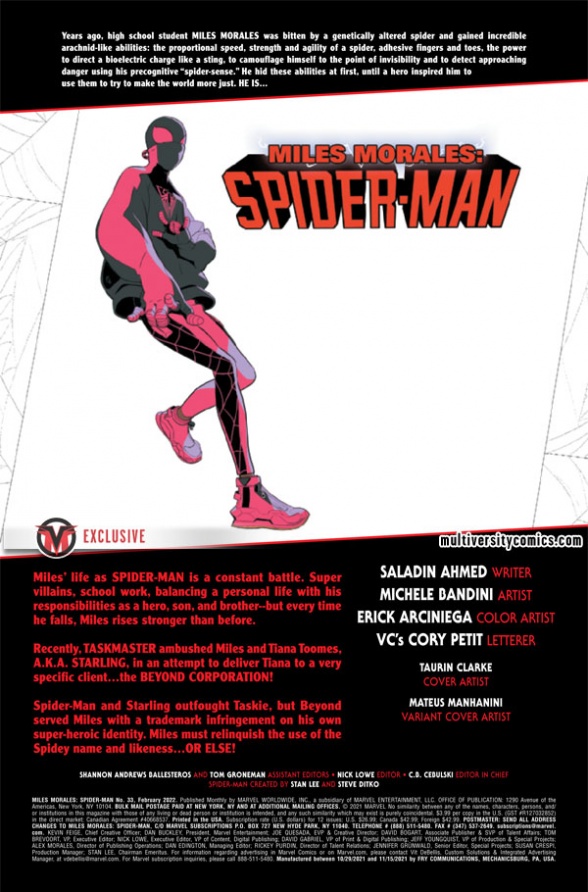 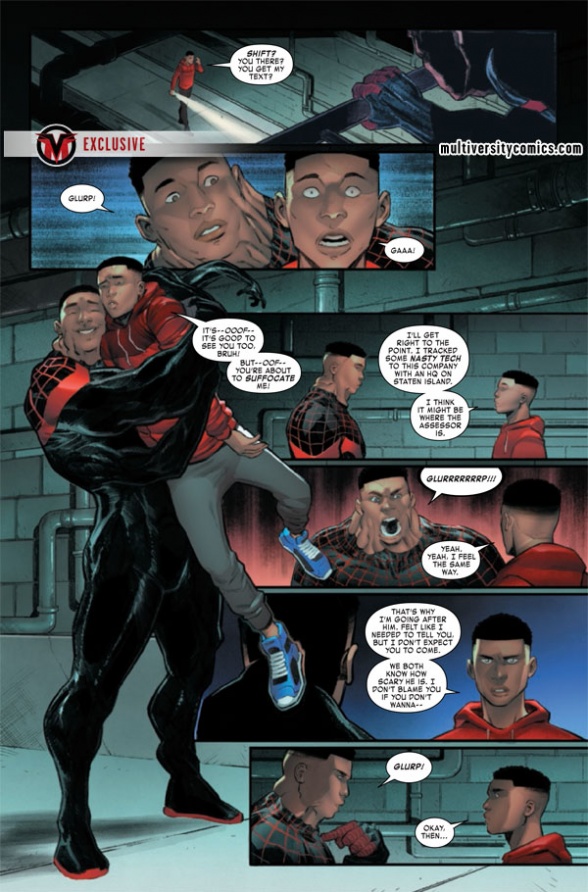 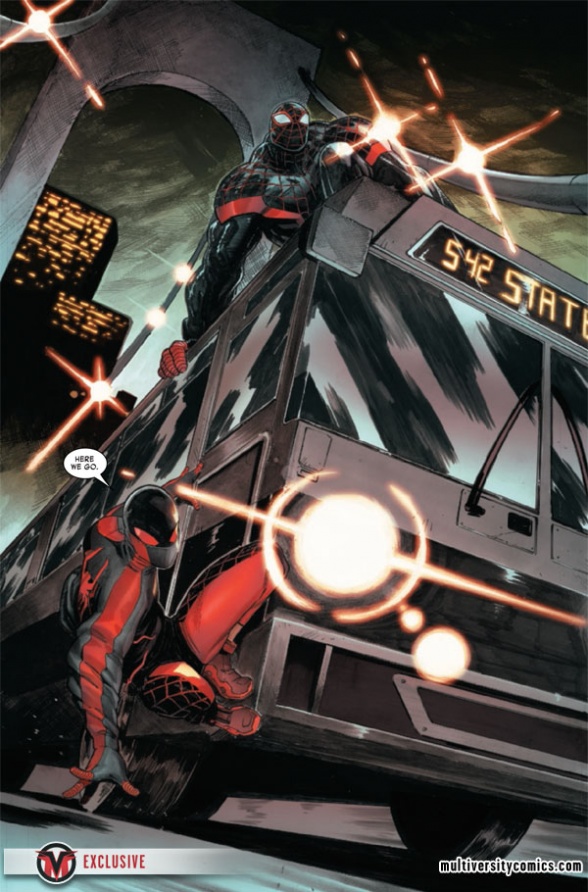 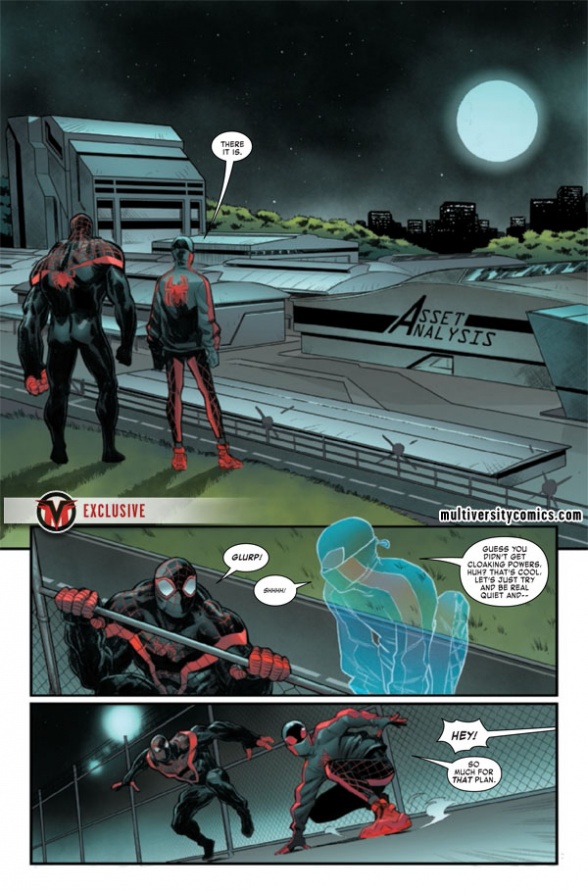 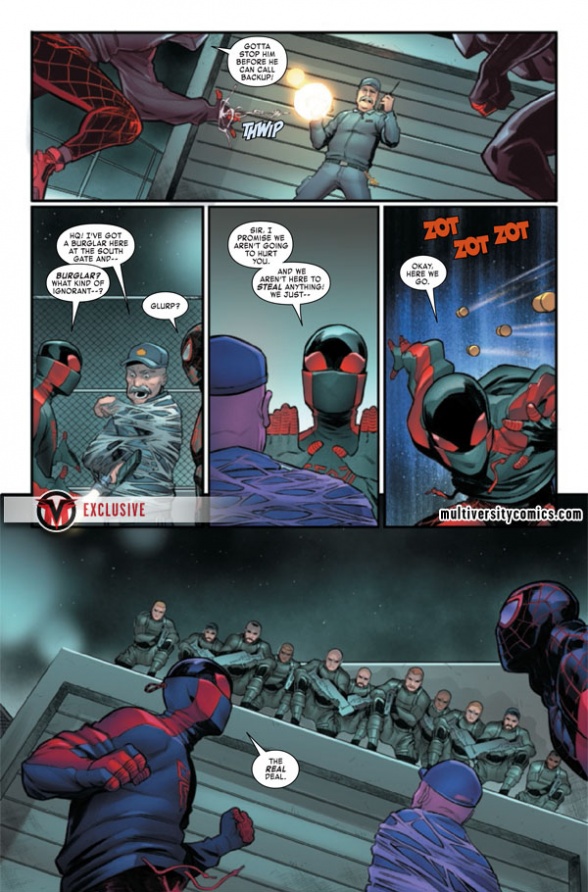