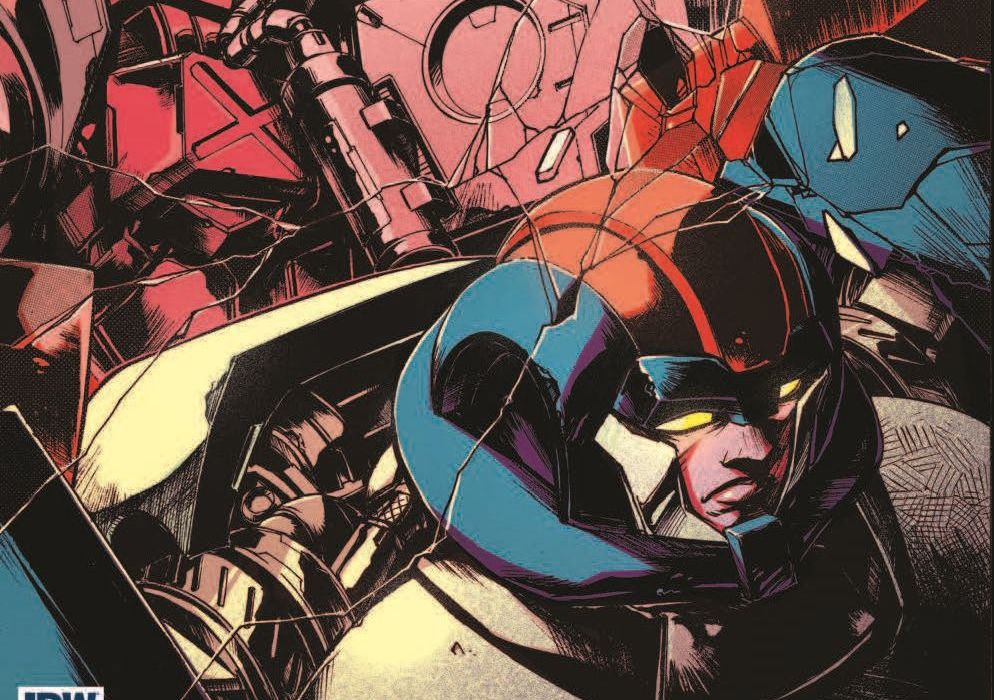 John Barber, a former editor at IDW, decided he wanted to focus on writing a few years ago, and has since become one of the architects of the Hasbro-verse. Among his projects has been “Optimus Prime,” which is almost a misnomer, as Optimus is, at times, the least prominent member of the cast. For a book named after one character, it is an uncharacteristically crowded book. We are thrilled to share an exclusive first look at the twelfth issue, which comes out on November 1. 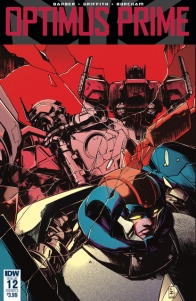 With Optimus Prime trapped on Cybertron, the Autobots track down their missing friend, Jazz-and find themselves under fire from humans armed with Cybertronian weapons.

Bullet points:
* While First Strike blows up Cybertron, the Autobots must keep the peace on Earth!

Thanks again to IDW for the preview, and make sure to pick up the issue on Wednesday! 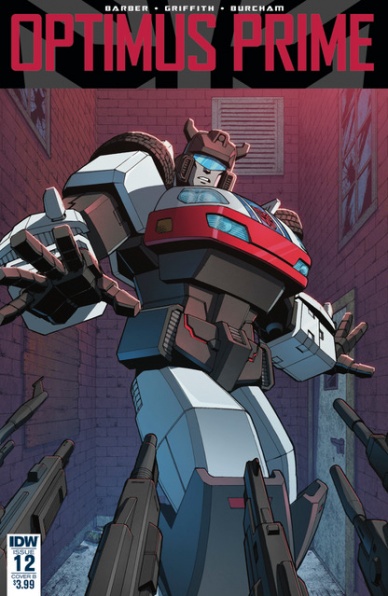 Cover B by Casey W. Coller 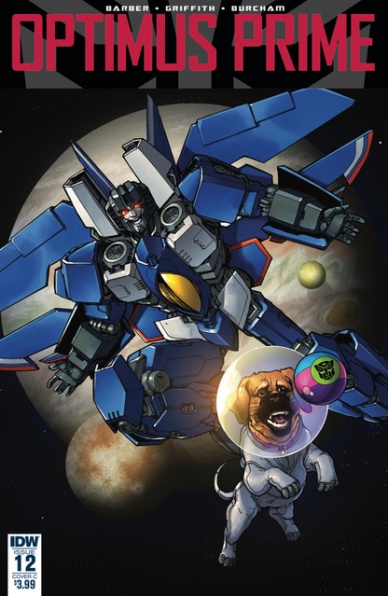 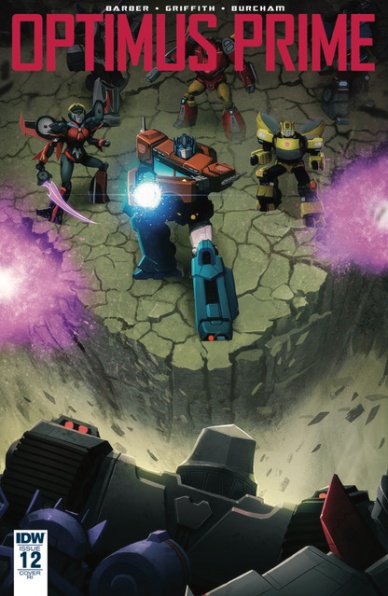 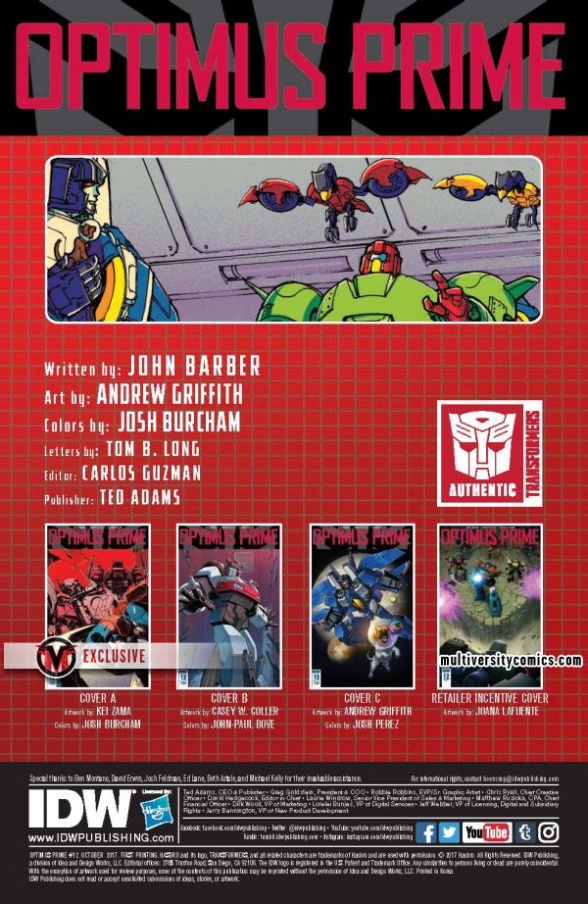 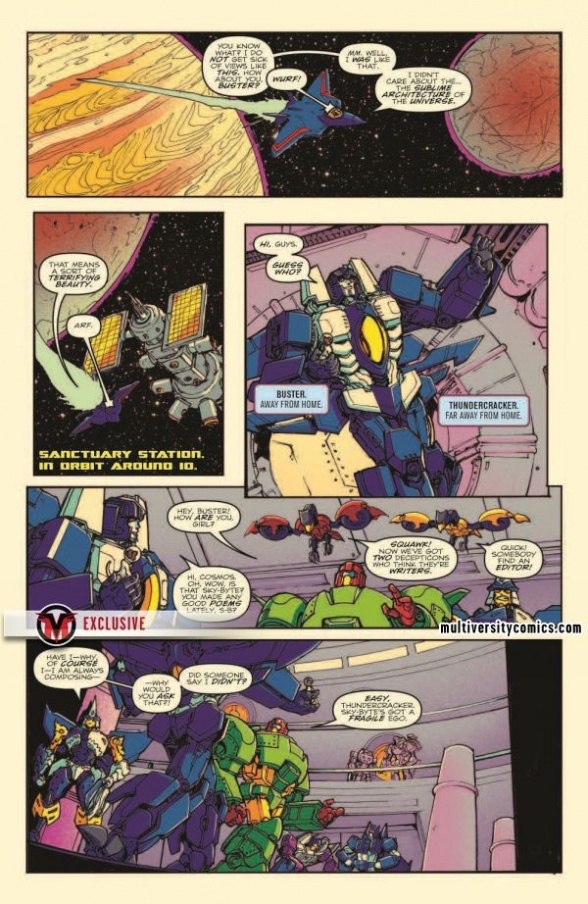 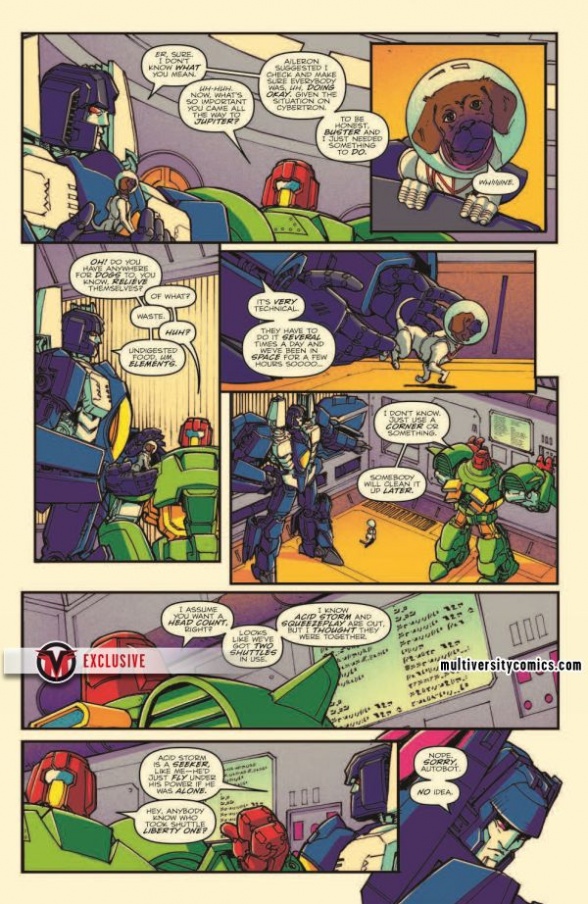 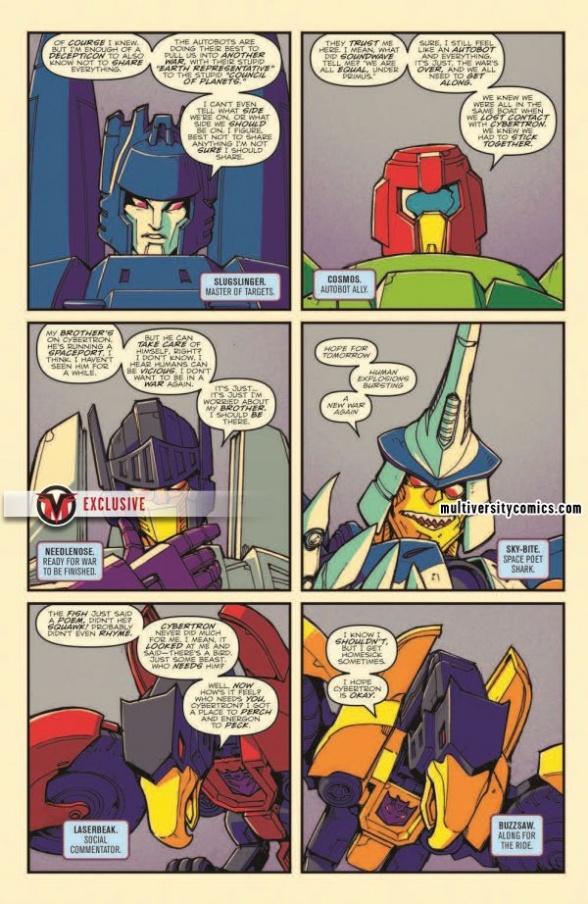 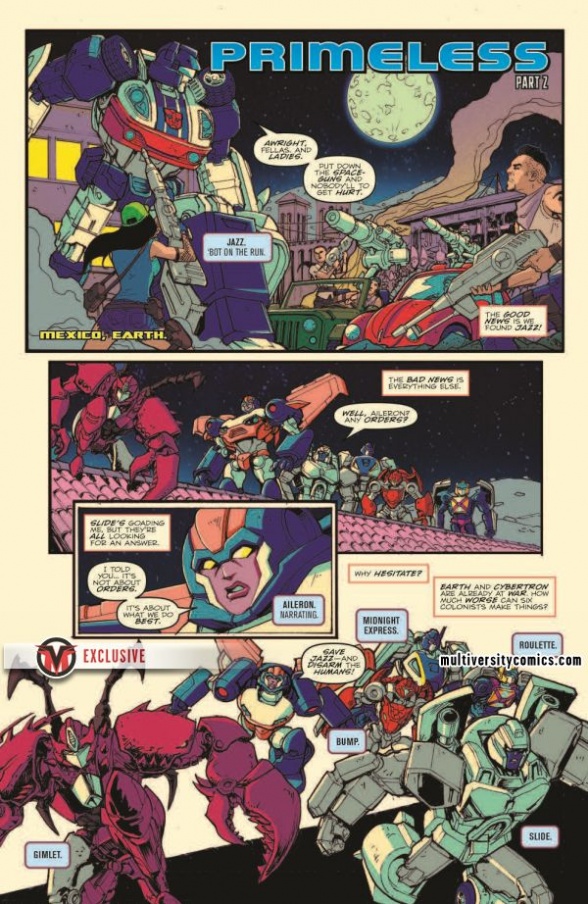 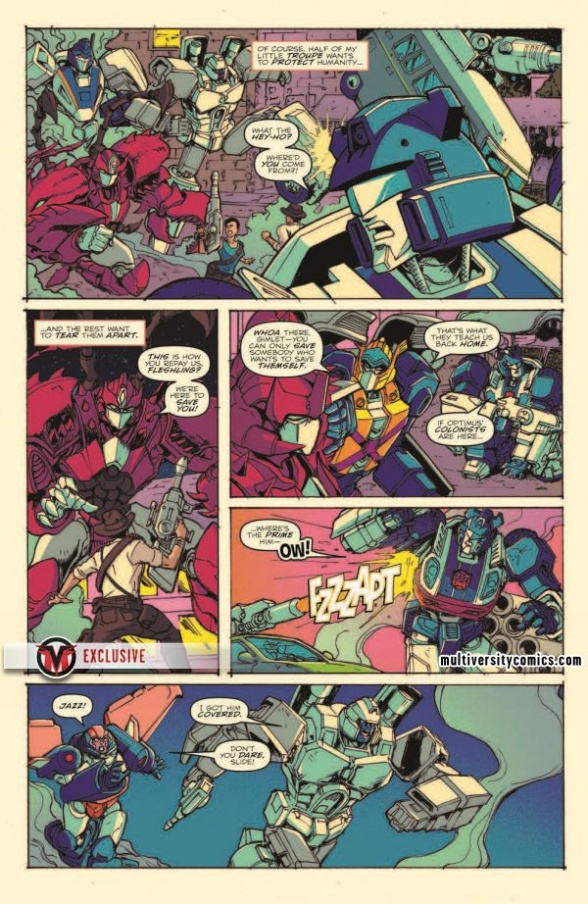