AHOY Comics have been putting out digest-style magazines that all have a humorous bent to them since launching in 2018. No book has a more obvious comedic bent than “Planet of the Nerds,” a series of which we are thrilled to share an exclusive first look at the second issue. The issue drops on May 15th, and if you’re unfamiliar with the book, here’s what writer Paul Constant had to say about the series:

“The first issue of PLANET OF THE NERDS saw our three 1980s jocks get thawed out in 2019, and in the second issue they run buck wild. When they stumble into a comic book convention, our jocks discover that the future has gone geeky, and they respond by doing what jocks do best: punching nerds in the face. This issue has it all—action, cosplay, and a whole lot of tear gas!” – Paul Constant 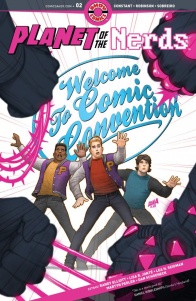 “The Wait”
Written by Martyn Pedler
Illustrated by Dan Schoeneck

After the thawed-out 1980s jocks start a riot at a comic convention, they learn to their horror that everyone in 2019 uses computers like a bunch of poindexters. PLUS! An untold tale of teen jock Drew from the pastel world of the 1980s. EXTRA! A selection of AHOY text stories, beautifully illustrated.

Thanks to AHOY! for the preview, and make sure to pick up the issue tomorrow! 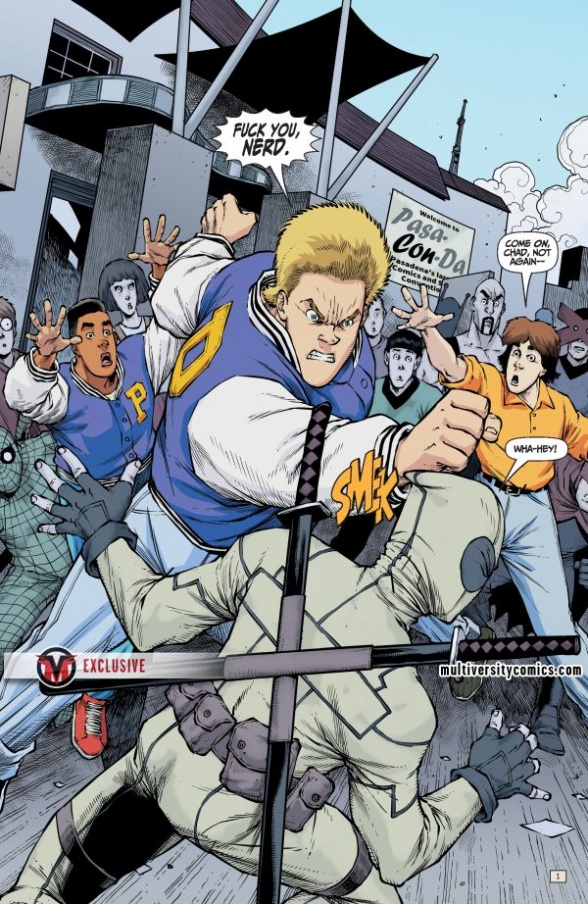 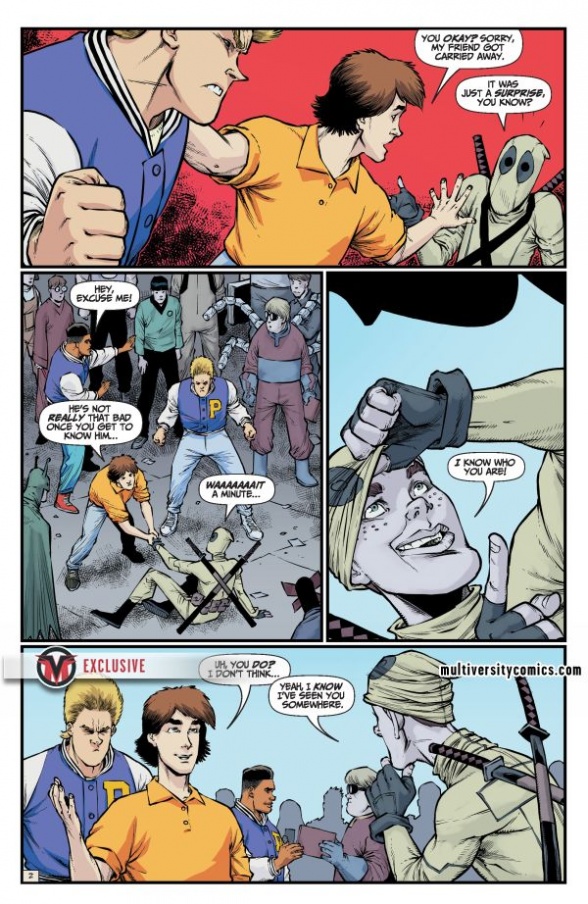 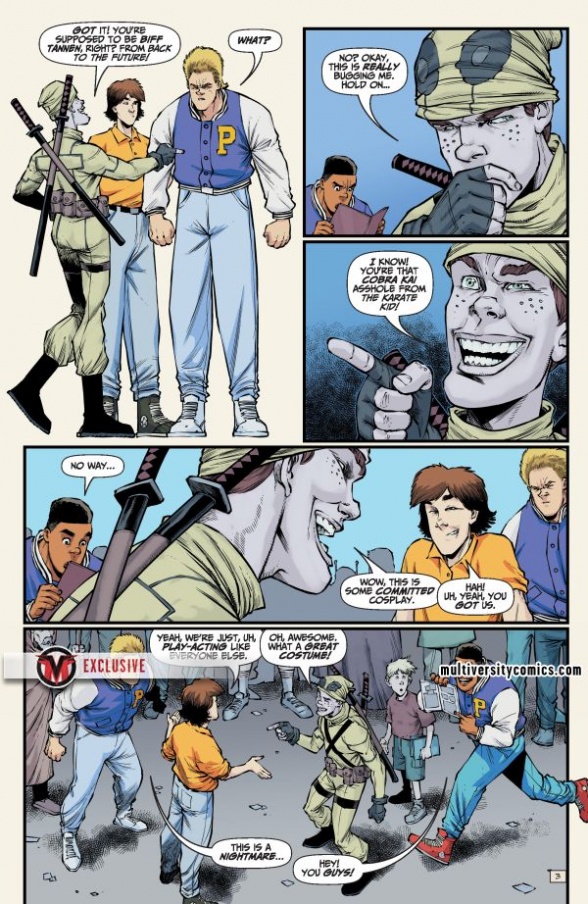 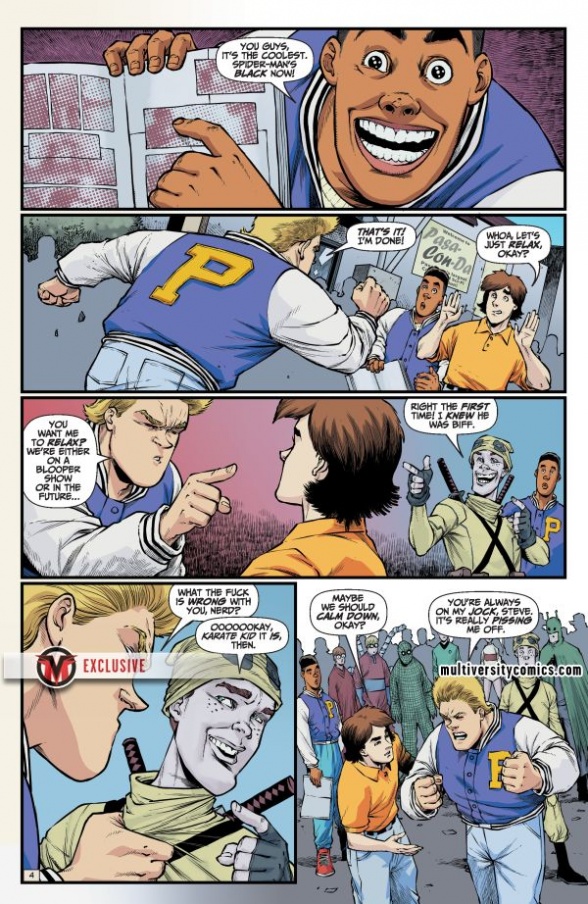