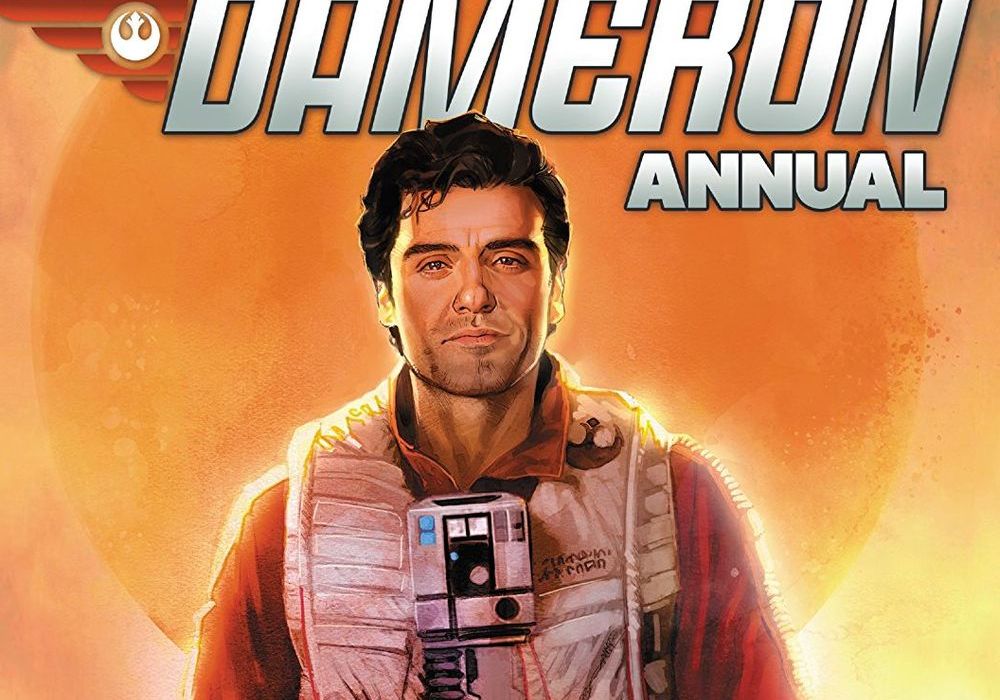 Ahead of the series’ final issue coming out next month, Marvel and Lucasfilm are bringing us the second “Star Wars: Poe Dameron” annual. This issue takes place out of the regular timeline and is handled by a different creative team, helmed by Jody Houser (“Faith,” “Mother Panic”) and Andrea Broccardo (“Monsters Unleashed,” “Doctor Strange/The Punisher: Magic Bullets”). We are thrilled to share an exclusive preview of that annual, which hits stores on August 29th. 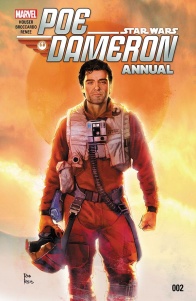 CAN POE DAMERON OUTMANEUVER ONE OF THE GALAXY’S GREATEST PILOTS? Rebellions may be built on built on hope, but they need more than that to survive. LEIA sends BLACK SQUADRON on a new mission, one that will raise important funds for THE RESISTANCE. Can a group of pilots really do the work of smugglers and scoundrels?

Thanks again to Marvel for the preview, and make sure to pick up the issue on Wednesday! 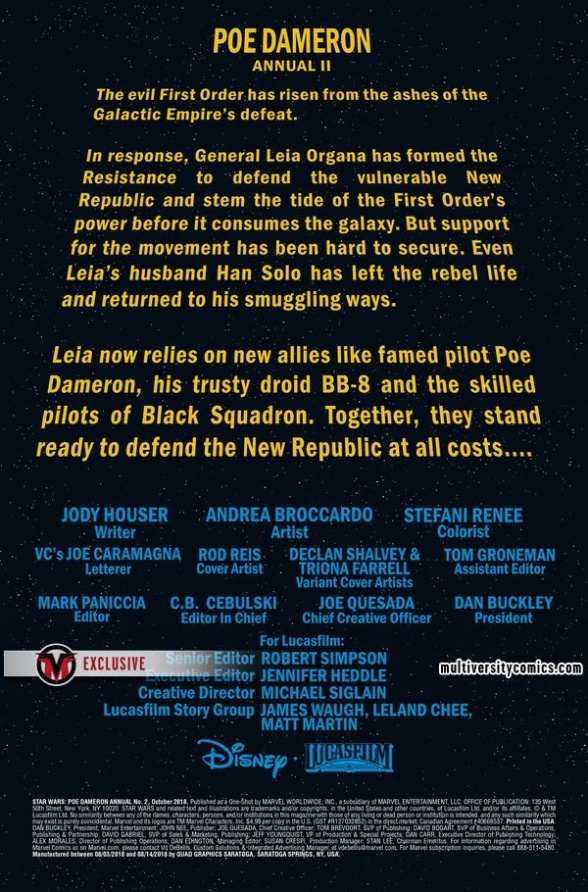 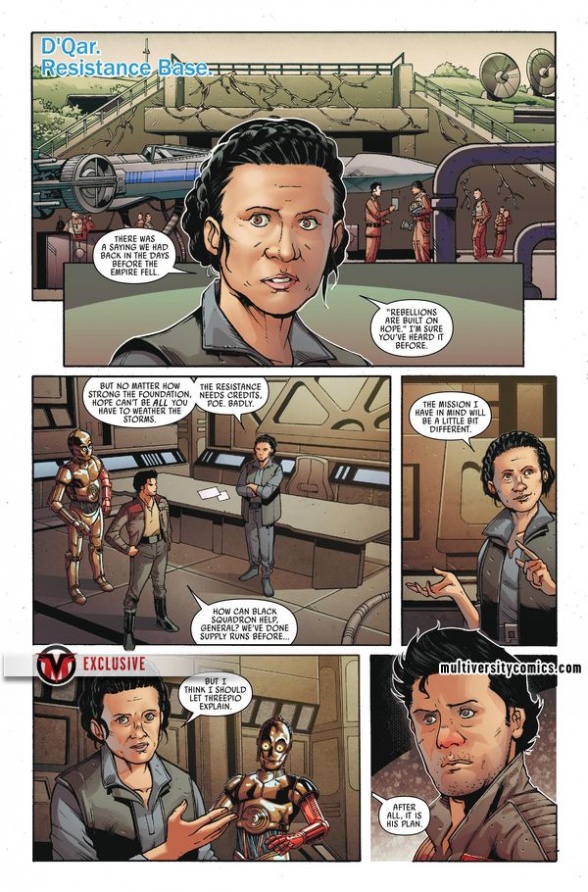 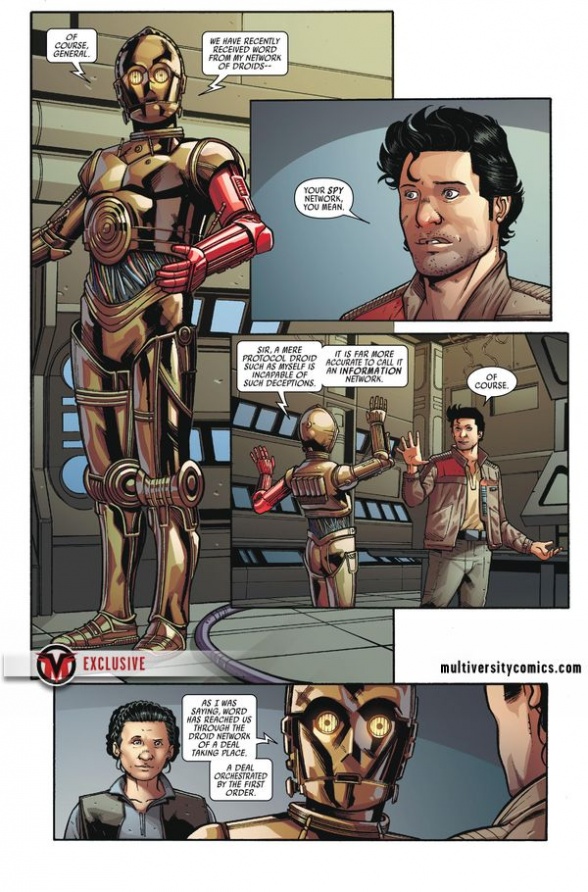 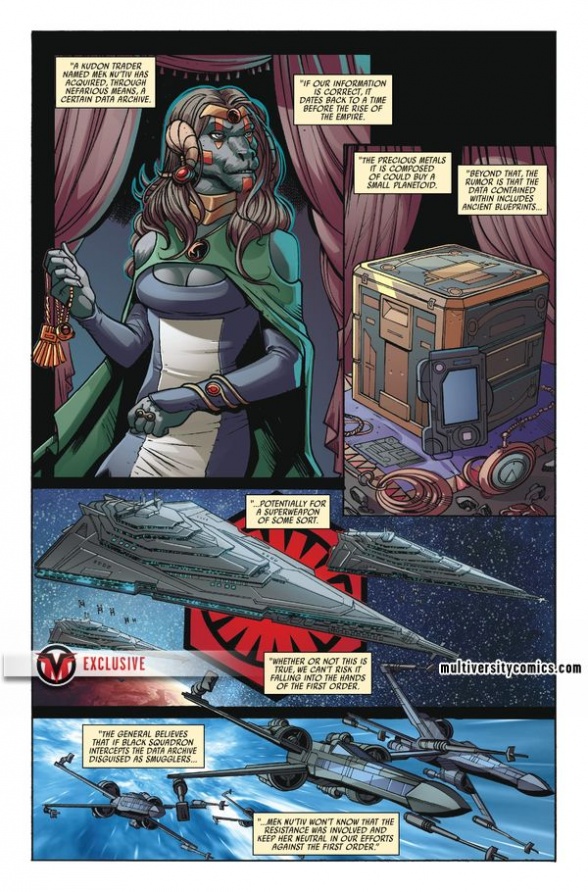 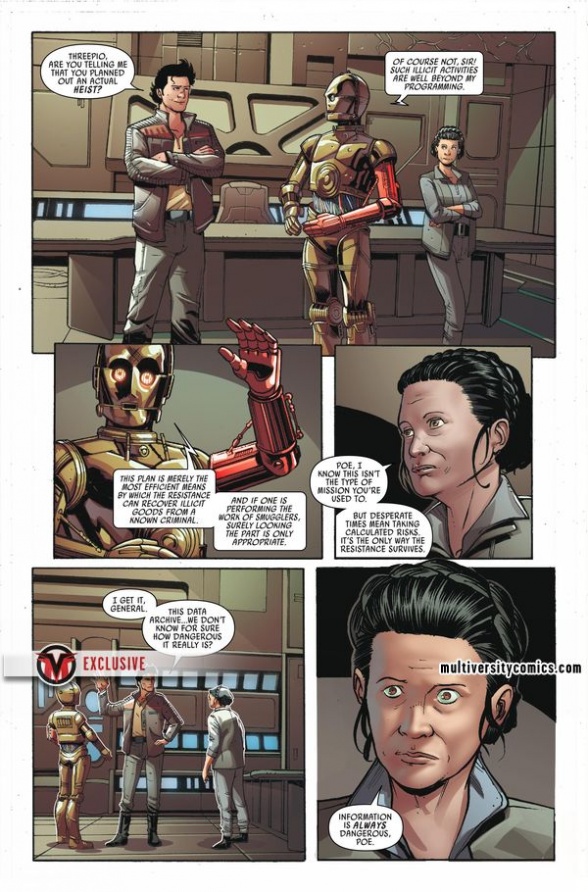 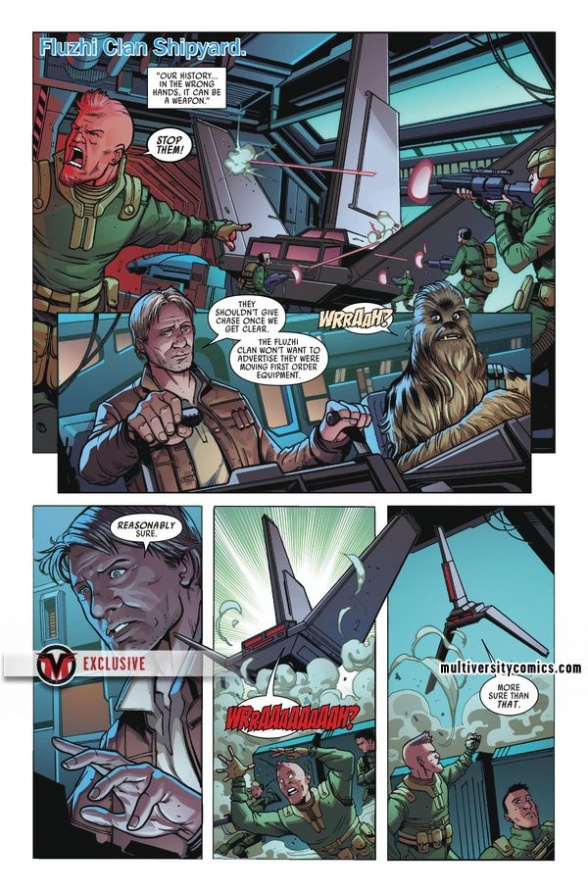