Much like we were for ‘The Lazarus Contract,’ Multiversity Comics is setting itself up to be the home of all things ‘A Lonely Place of Living,’ the upcoming “Detective Comics” arc that returns Tim Drake to his rightful place as part of the Bat-family.

Drake’s story has been one of the most important to all of ‘Rebirth’ thus far, informing Batman’s grief that seemingly fueled just about his entire story thus far, being captured by Mr. Oz along with Doomsday, and his absence sending his “Detective” teammates into some very dark places. Tim’s presence has been felt, however, across multiple books, and is lingering, like a spectre, on the fringes of a solid chunk of the DC Universe.

That all changes in November, when Tim returns to our world in the pages of “Detective Comics,” and we’ve got the exclusive first look at the cover and solicit for his return. 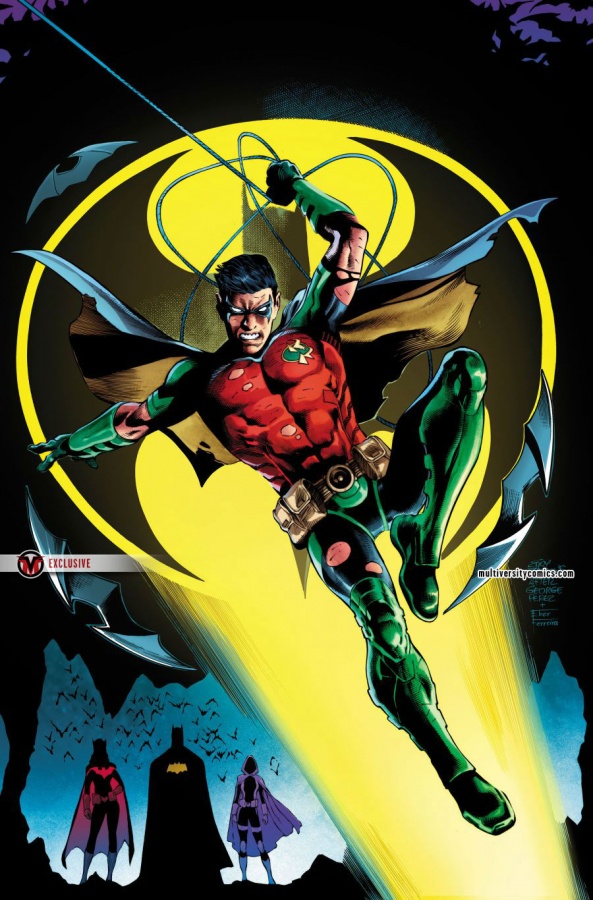 DETECTIVE COMICS #968
Written by JAMES TYNION IV
Art by ALVARO MARTINEZ and RAUL FERNANDEZ
Cover by EDDY BARROWS and EBER FERREIRA
JUSTICE LEAGUE variant cover by CULLY HAMNER
“A LONELY PLACE OF LIVING” finale! Tim Drake is back on Earth — but if the deadly threat he brought back with him from outside of time has its way, it won’t be for long…and this shadowy figure wants to take one of Batman’s team down with him, too! Everything Tim died for the first time is at risk, if he can’t survive this attack!
On sale NOVEMBER 8 • 32 pg, FC, $2.99 US • RATED T

As ‘A Lonely Place of Living’ begins, look for Multiversity to feature lots of Tim Drake-centric content, including a character history, interviews, a look back on his debut in ‘A Lonely Place of Dying,’ editorial pieces, exclusive previews of each issue, and more.


//TAGS | A Lonely Place of Living