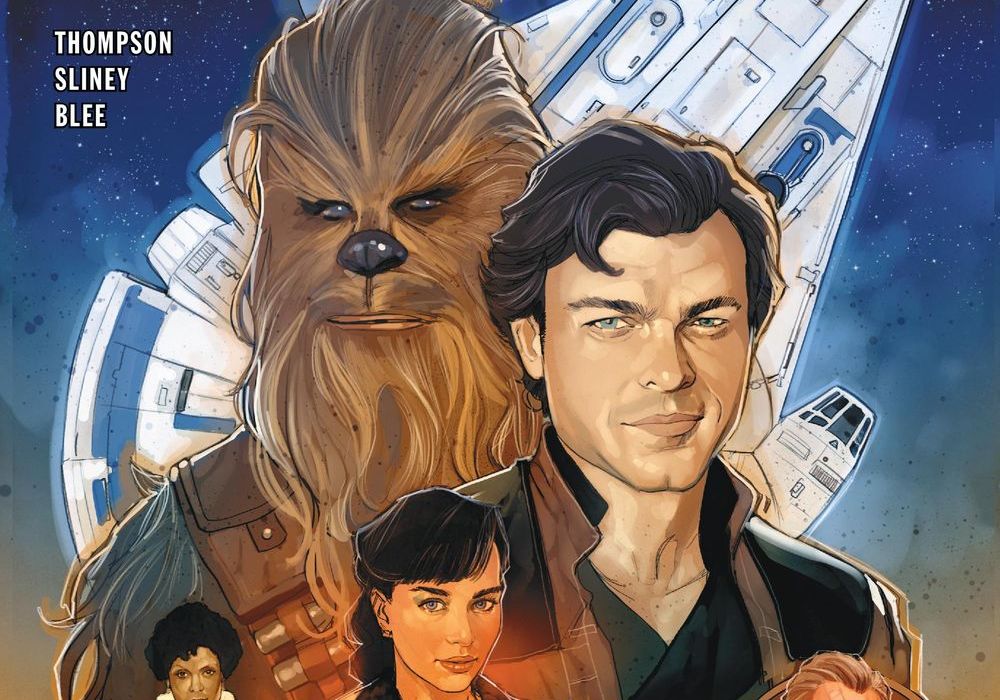 One of the nice things about reading an adaptation of a film is that the author sometimes can feature moments that didn’t make it into the final film for one reason or another. This, the Marvel Comics adaptation of Solo: A Star Wars Story, aims to do just that: flesh out the story beyond what was shown in theaters. We are thrilled to share an exclusive first look at the first issue, due out in stores on October 10th. 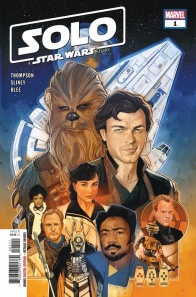 FEATURING BACKSTORY AND SCENES NOT SEEN IN THEATERS! After leaving the IMPERIAL NAVY, a young HAN SOLO seeks adventure by joining a gang of galactic mercenaries — including a 196-year-old Wookiee named CHEWBACCA and a notorious gambler named LANDO CALRISSIAN. But there’s more to the story of the galaxy’s most beloved scoundrel than what you saw in theaters. Why does BECKETT trust him? And what is the connection between the woman who stole Han’s heart and one of Han’s closest friends? 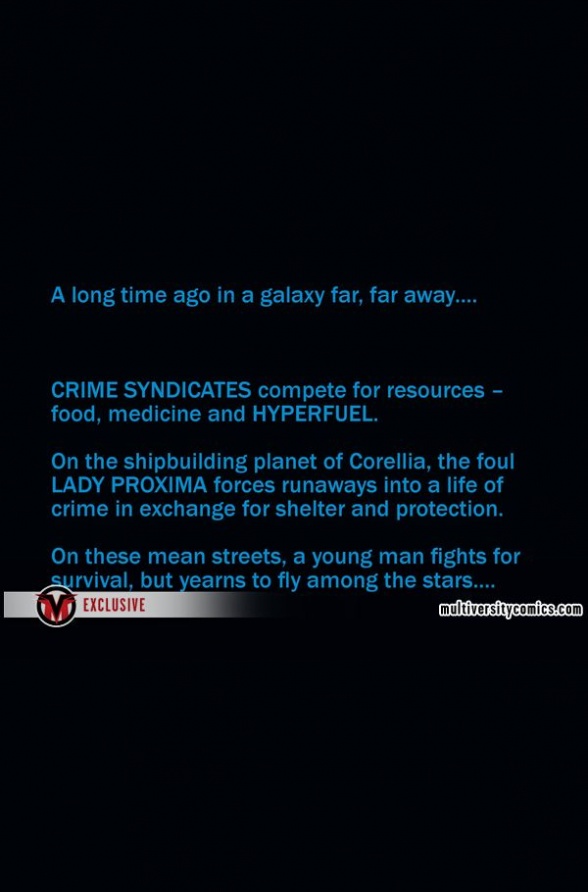 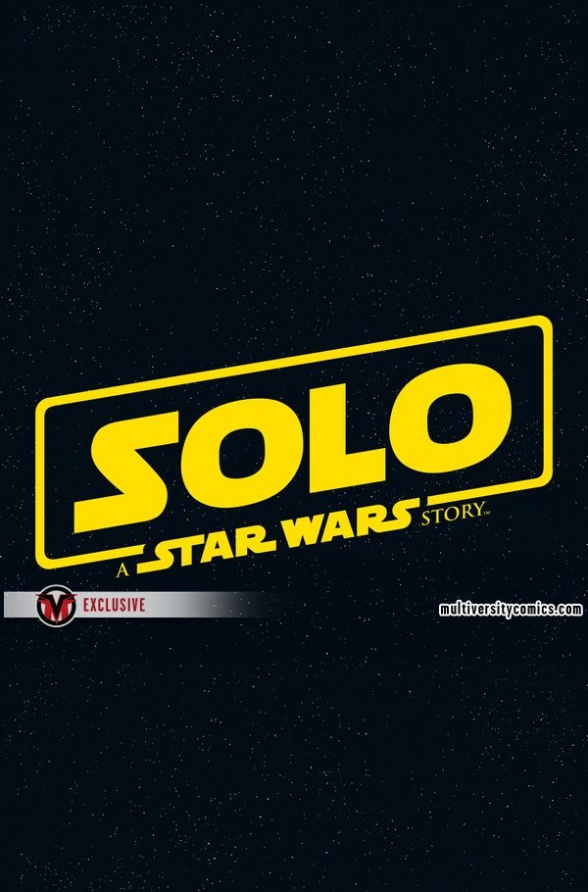 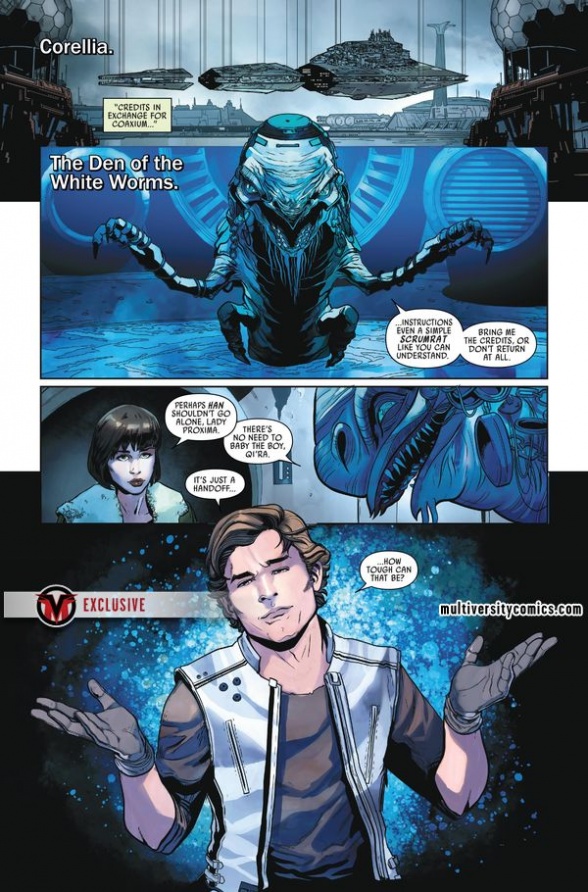 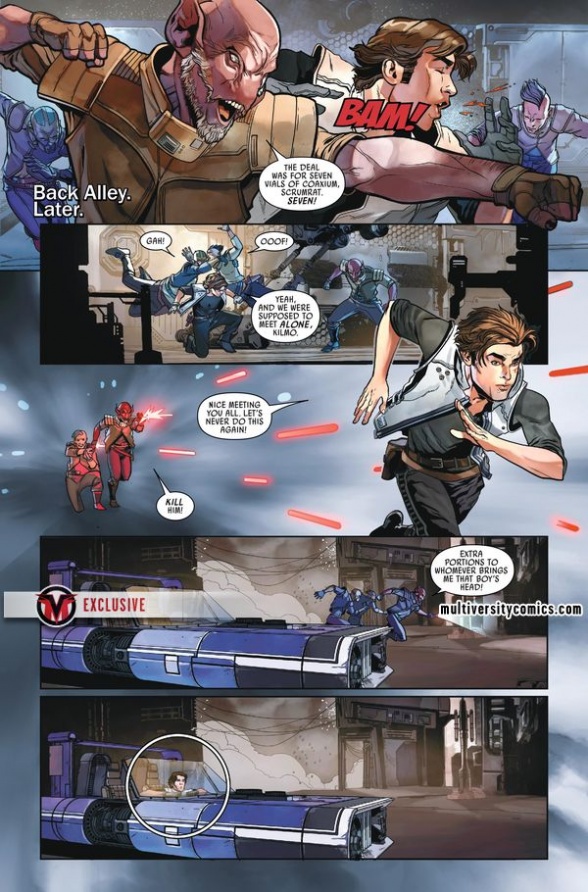 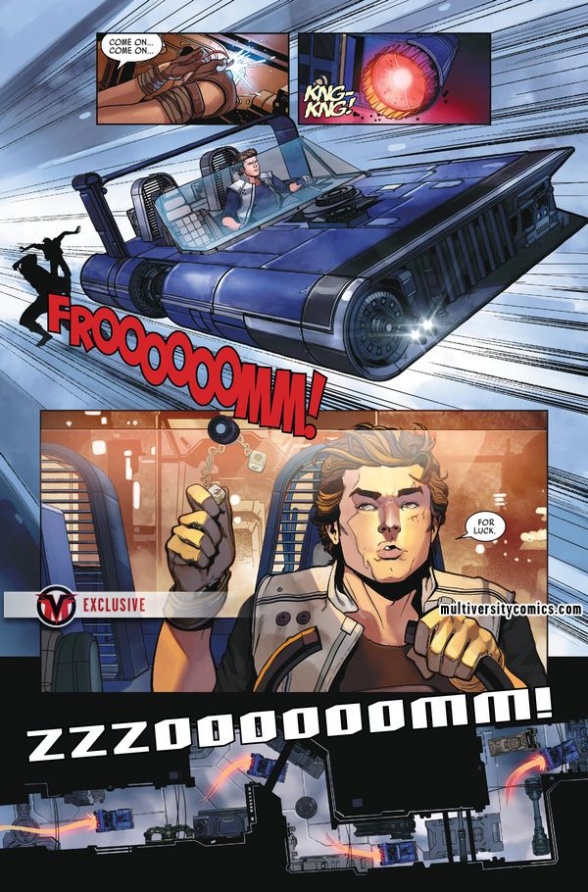 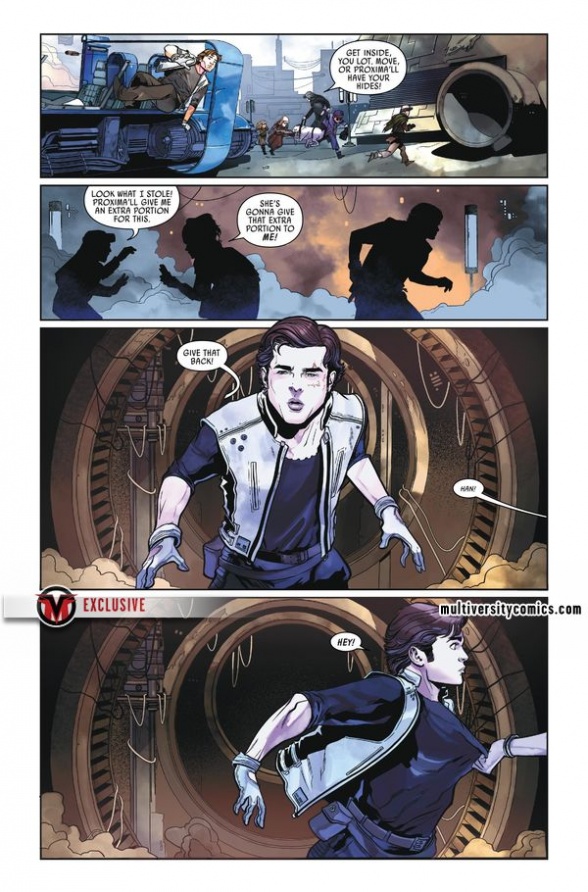 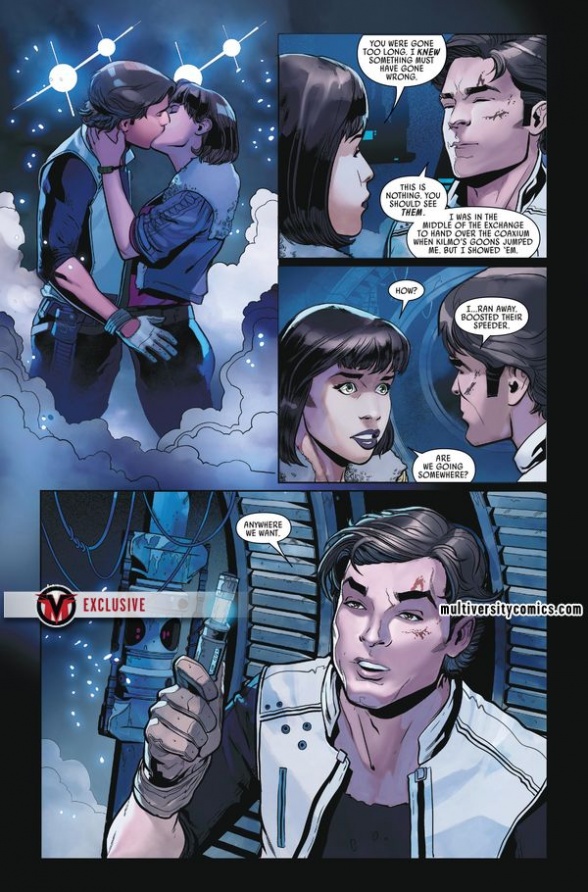