One of the most important new characters at Marvel over the past ten years has been Spider-Gwen. Created by friend of the site Jason Latour and Robbi Rodriguez, the character broke out from a side character in “Spider-Verse” into a character with her own series. Now in her second ongoing from Seanan McGuire and Rosi Kampe, Gwen Stacy of Earth-65 is equipped with a new codename and a redesigned costume. We are thrilled to share an exclusive first look at the series’ second issue, due out on November 28th. 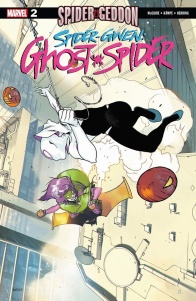 A SPIDER-GEDDON TIE-IN! Trapped on a parallel world as her friends are dying, there’s something very familiar about SPIDER-GEDDON to Gwen Stacy. But with her teleporter watch destroyed and no way to get home, Gwen has no choice but to sit idly by while her friends suffer and the Inheritors wreak havoc across the entire Web of Life and Destiny! Heh. YEAH RIGHT! Strap in, kids, things are about to get NUTS. 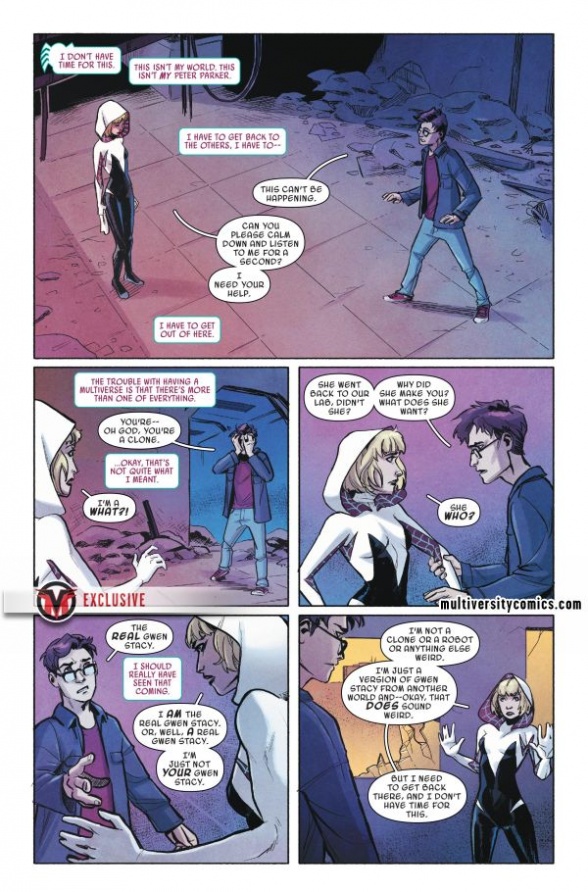 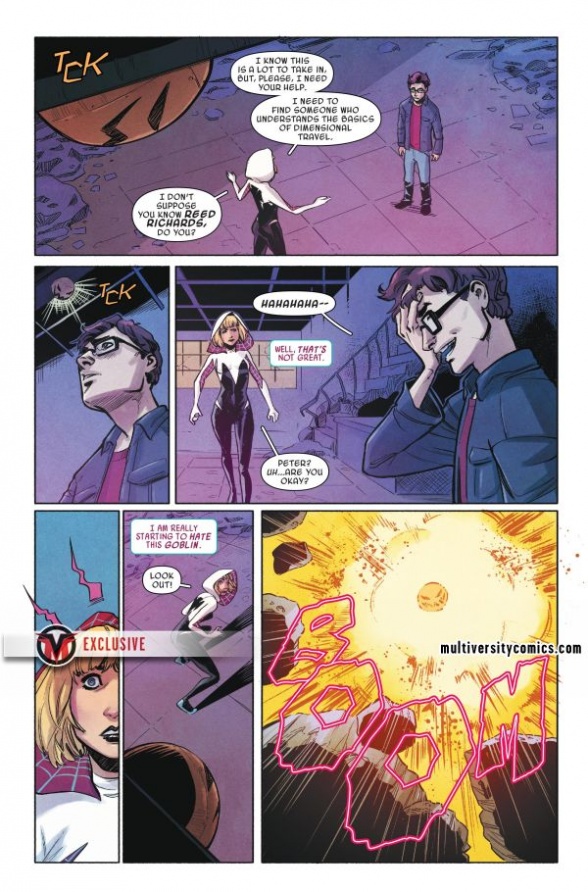 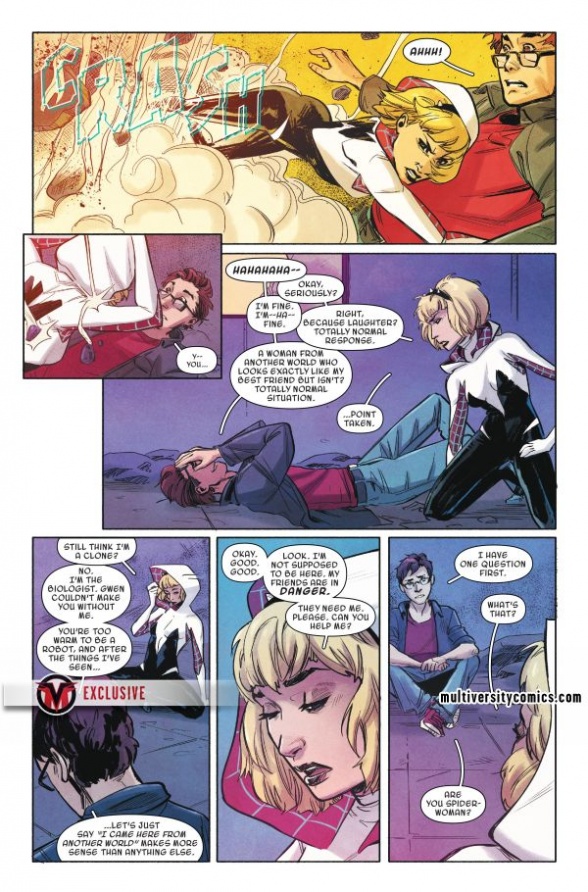 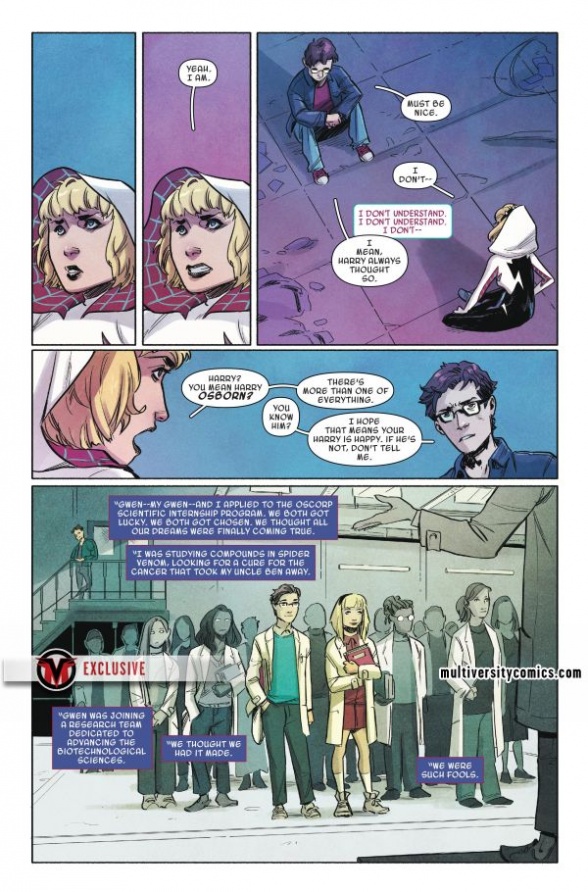 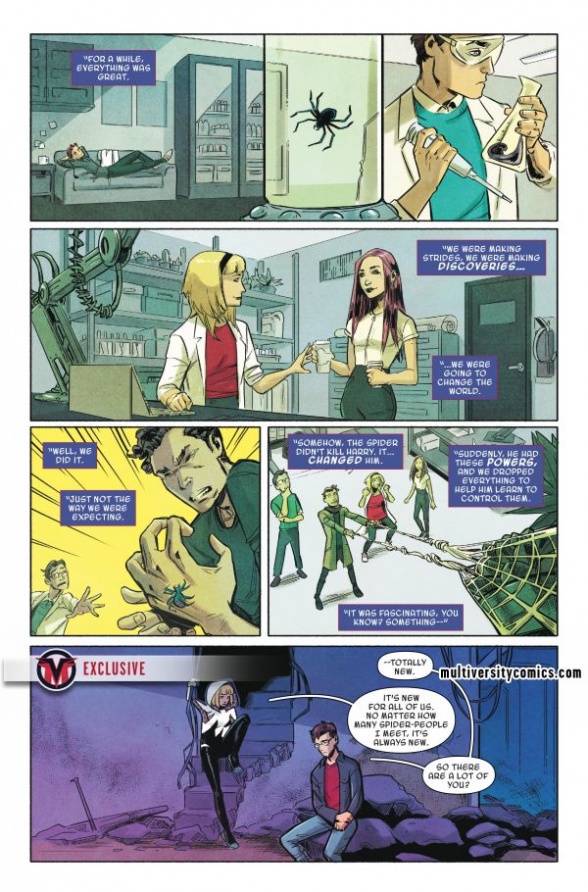