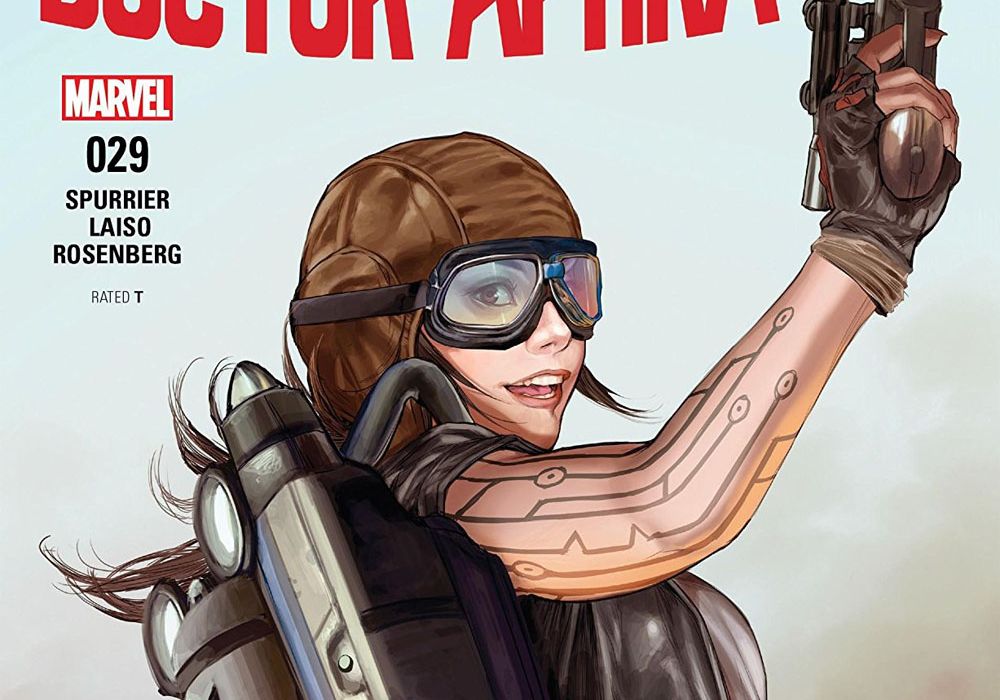 Kieron Gillen and Salvador Larroca’s breakout “Star Wars: Darth Vader” character Dr. Aphra has been starring in her own comic book for over two years now: it’s an impressive feat, especially given how unlikely it was that the criminal archaeologist was going to survive her time in the Sith Lord’s service. The latest arc of her series, now written by Simon Spurrier and illustrated by Emilio Laiso, seems to show no sign of slowing down either, involving a race against time, bounty hunters, Imperial troops, and one really sadistic droid she just can’t get rid of. We are thrilled to share an exclusive preview of the next issue of “Star Wars: Doctor Aphra,” which hits shelves on February 27th. 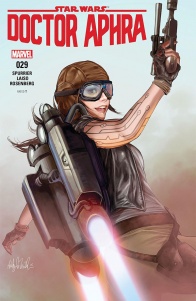 Rogue archaeologist DOCTOR APHRA continues her race against time – and total bodily explosion – with only professional murder droid TRIPLE-ZERO for company. Facing firing squads, harpoon-flinging reptiles and – worst of all – really bad traffic, they have no idea they’re being watched by the deadliest Imperial threat of all: The Coalition for Progress! Face the unmitigated terror of the EMPIRE’S public relations division… 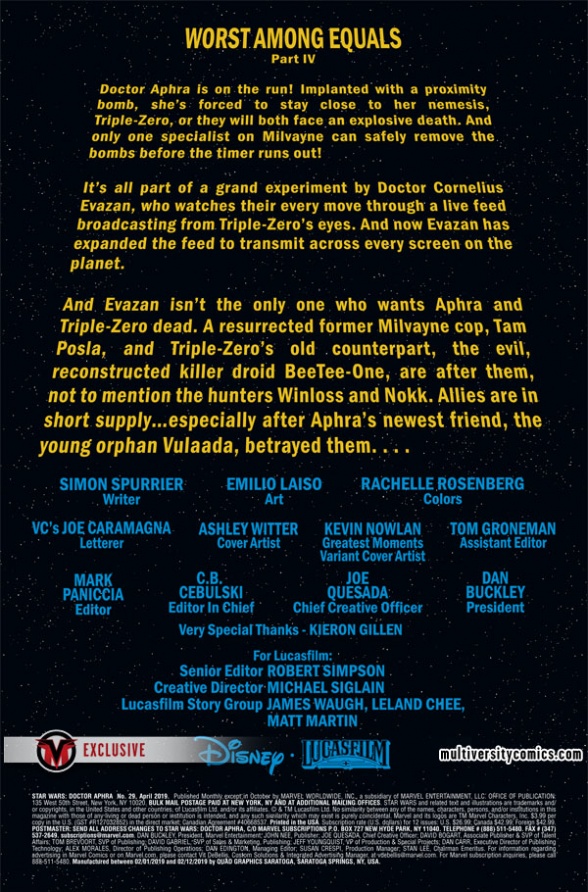 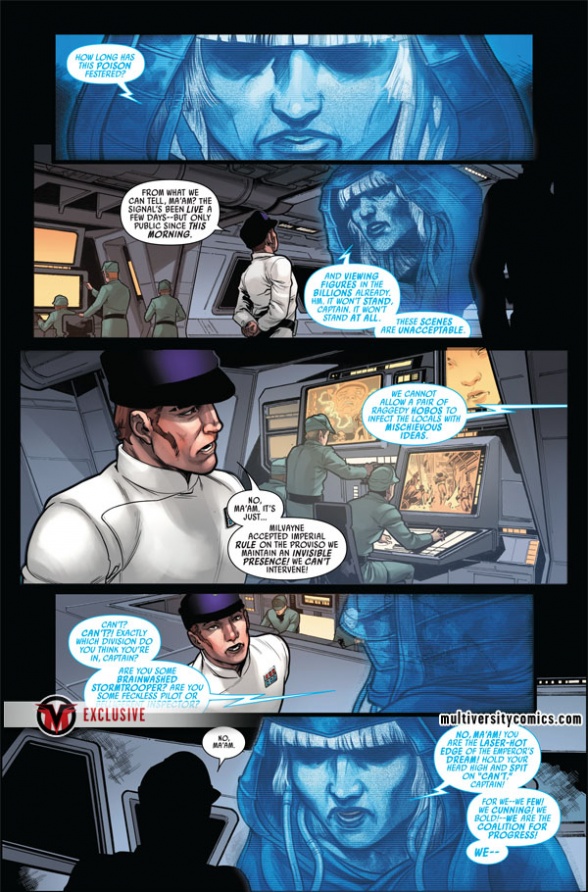 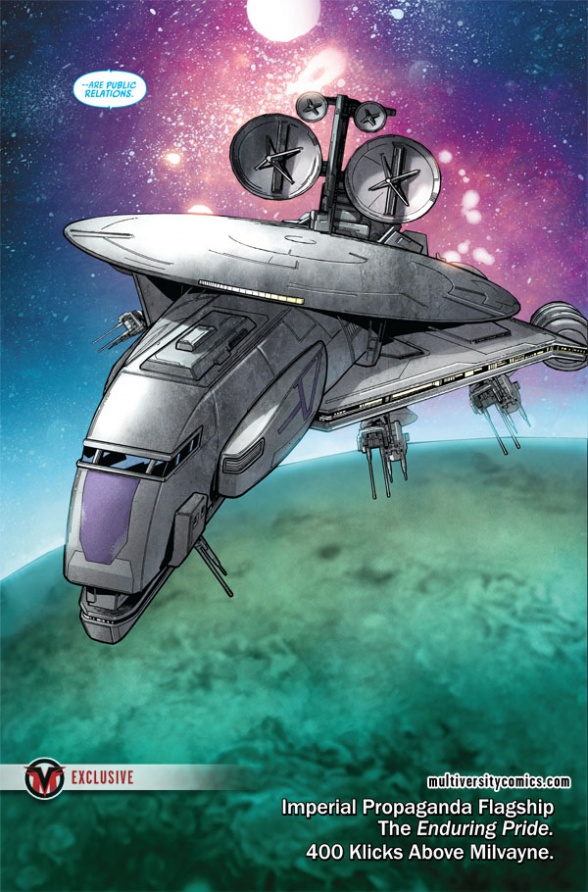 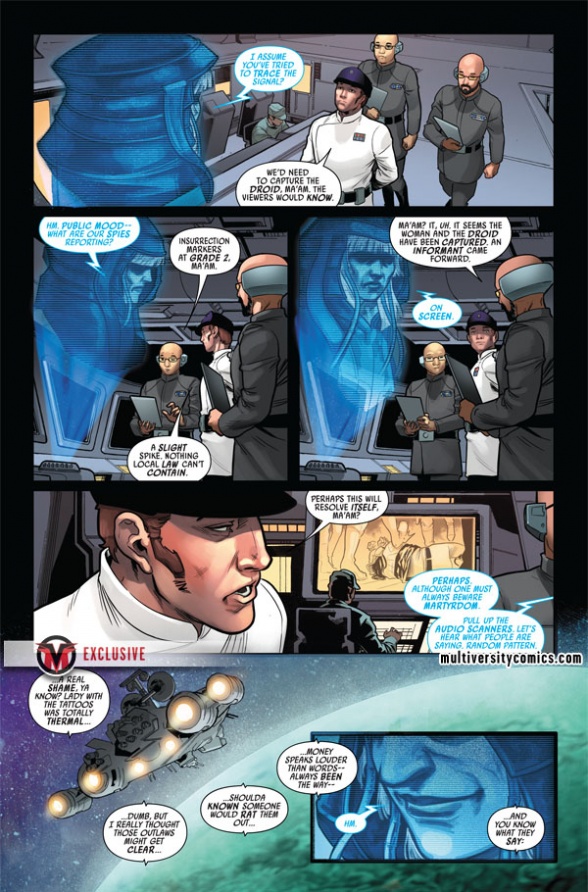 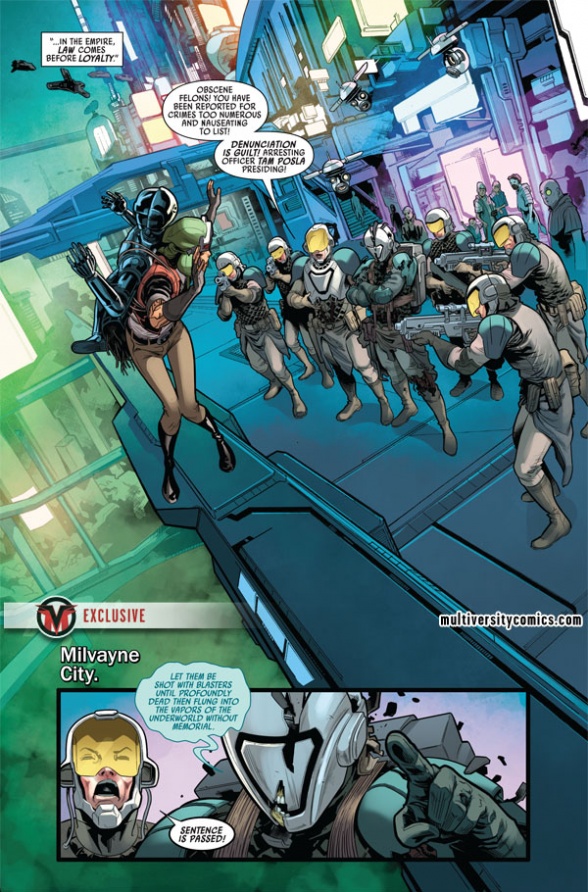 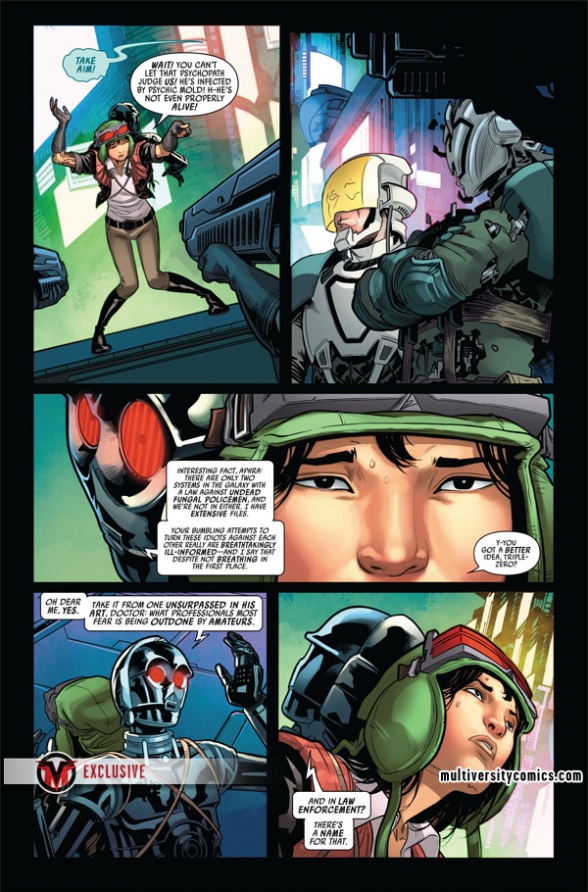