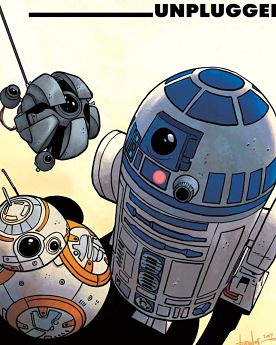 Next week sees the release of a new Star Wars one-shot coming from Marvel Comics, starring some of the Droids from the various films, including BB-8, R2-D2, and the probe droids from Star Wars Episode I: The Phantom Menace. Marvel has not done a ton of one-shots in the Star Wars universe, but did do one that was focused on C3-PO, a droid not featured here. We are thrilled to share an exclusive preview of the issue, which is written and illustrated by Chris Eliopoulos, and colored by the great Jordie Bellaire.

What is especially cool about this issue is that Eliopoulos has a style that is totally different than most of the Star Wars books at Marvel, and the playful, more all-ages feel is a lot of fun. 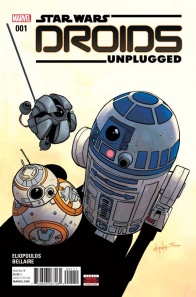 Collecting three stories featuring everyone’s favorite droids! What adventures did the probe droids in The Phantom Menace get into when Darth Maul wasn’t looking? Luke’s got a mission for R2-D2! But can the astromech complete it in time? And all BB-8 wants is to help…two Resistance soldiers fall in love!

Thanks to Marvel for the preview, and make sure to pick up the issue on June 28th! 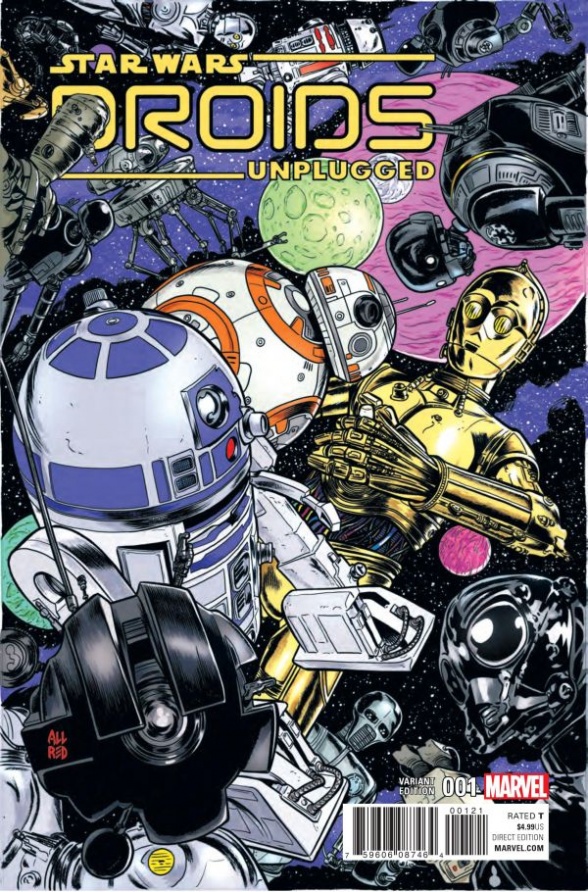 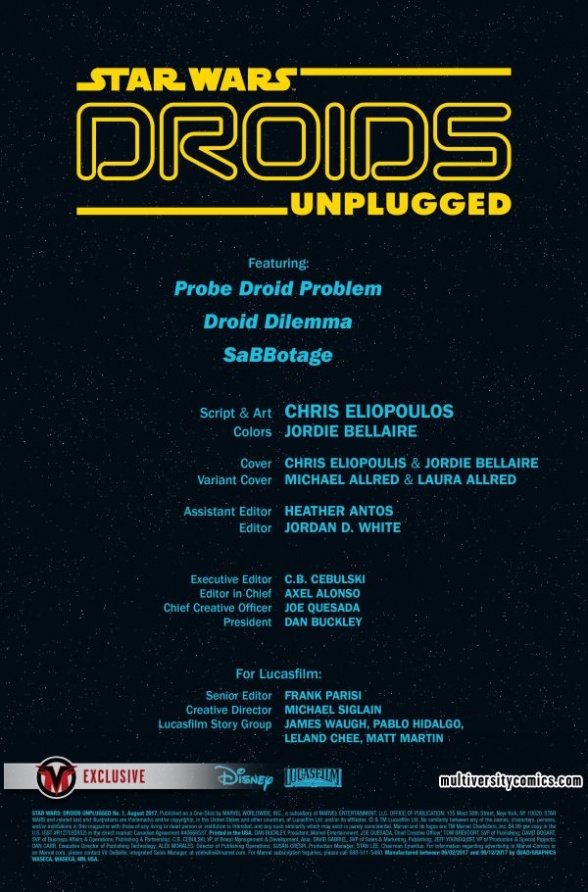 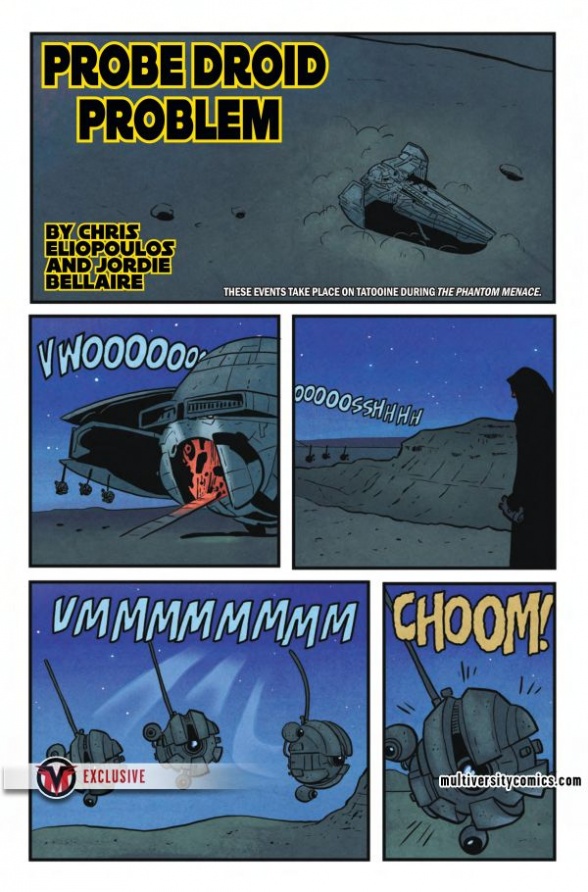 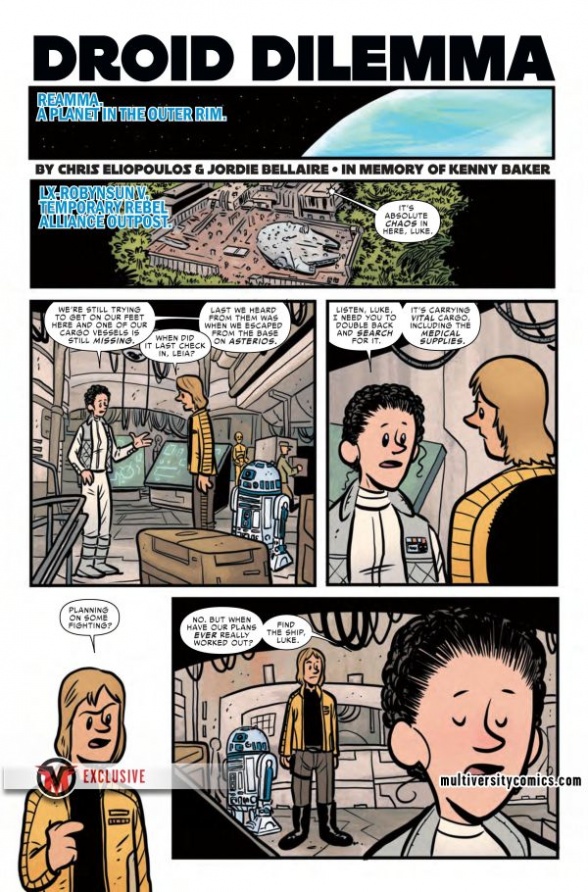 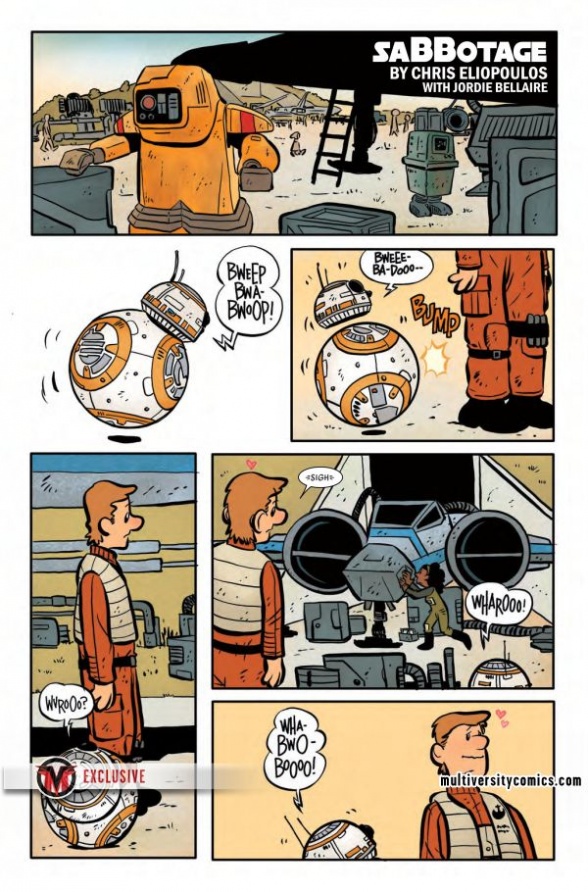