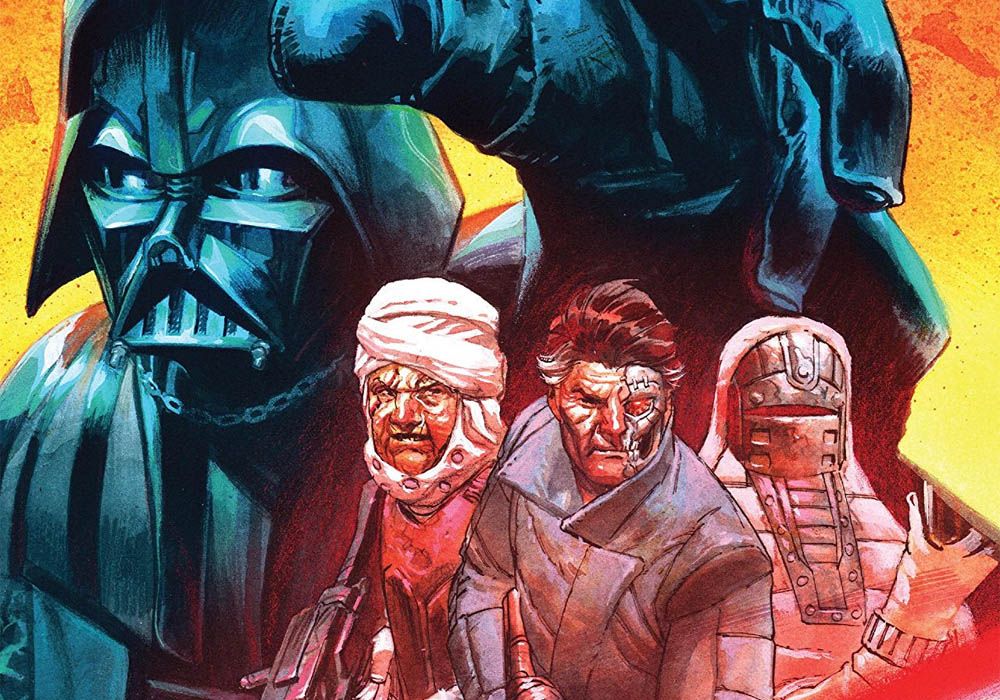 You may have heard last week that Marvel Studios president Kevin Feige has pitched a Star Wars project to Lucasfilm’s Kathleen Kennedy: Marvel and Lucasfilm have had a long and fruitful collaboration on comic books, so it’s unsurprising to see that carry over into the films. We are proud to present an exclusive preview of next week’s installment of that partnership, “Star Wars: Target Vader” #4, which sees Beilert Valance and his allies’ attack on Lord Vader get underway. 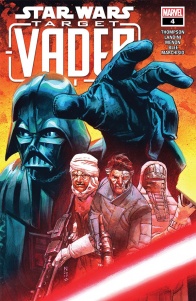 HUNTING THE HUNTERS! DARTH VADER is trapped, alone, and surrounded by deadly bounty hunters…but the SITH LORD is never truly alone as long as he wields the Dark Side of The Force! VALANCE and his gang of bounty hunters soon find that the hunters have become the hunted, as Vader picks them off one-by-one — and he’s helped by one of Valance’s own!

Thanks to Marvel for the spectacular preview, and be sure to pick up a copy next week! 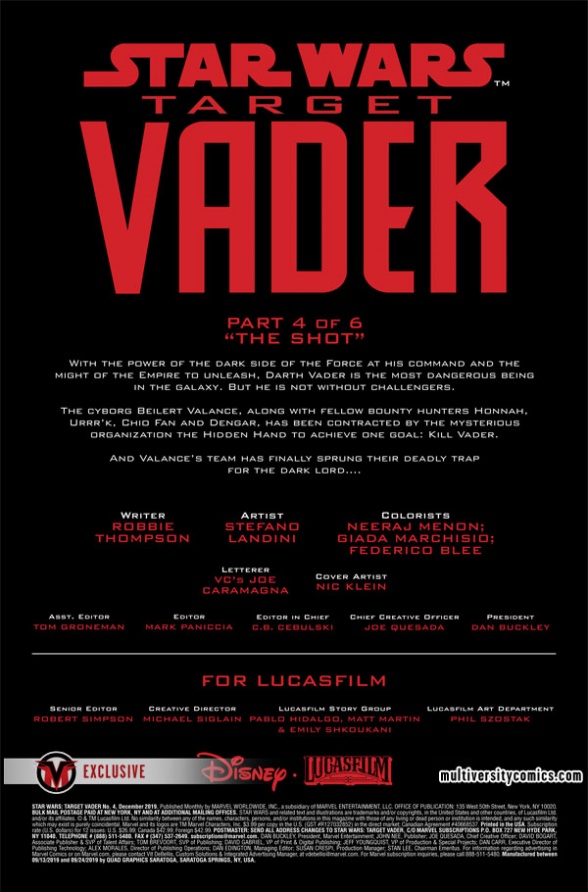 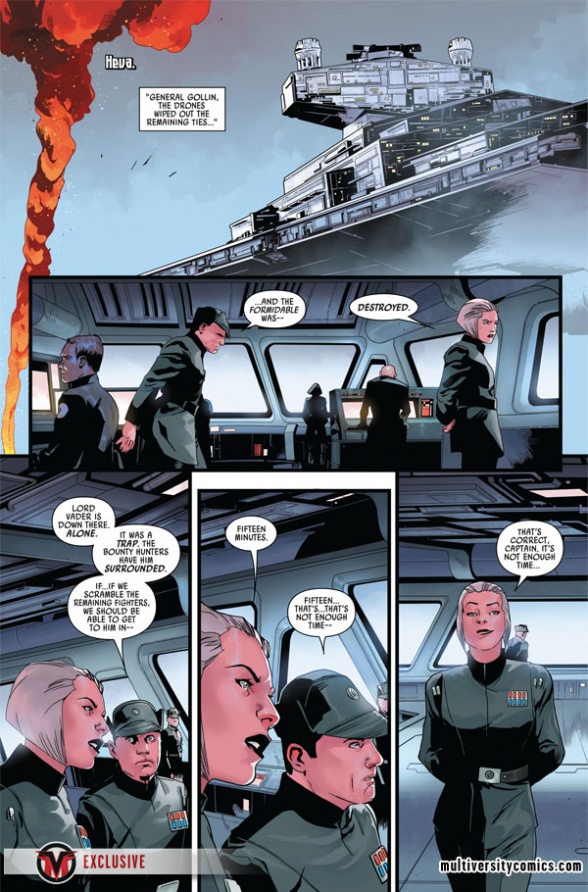 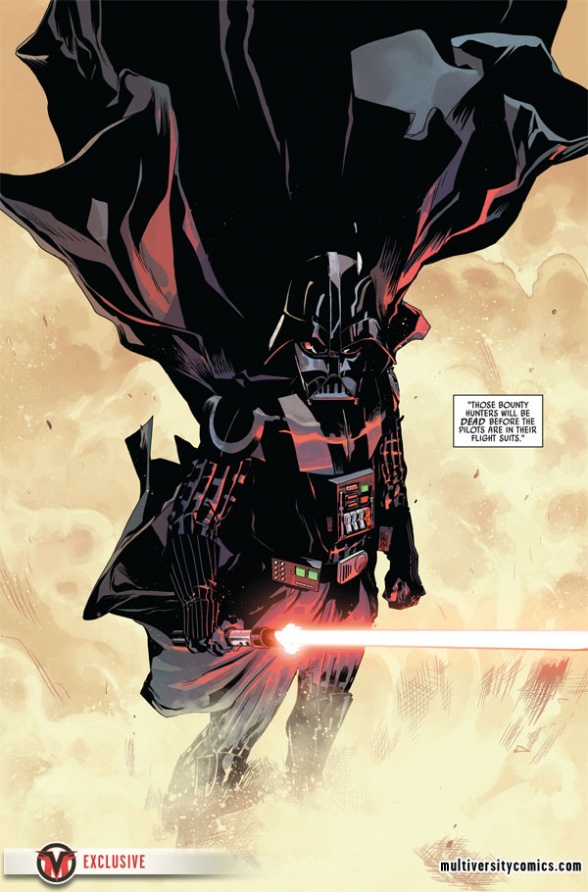 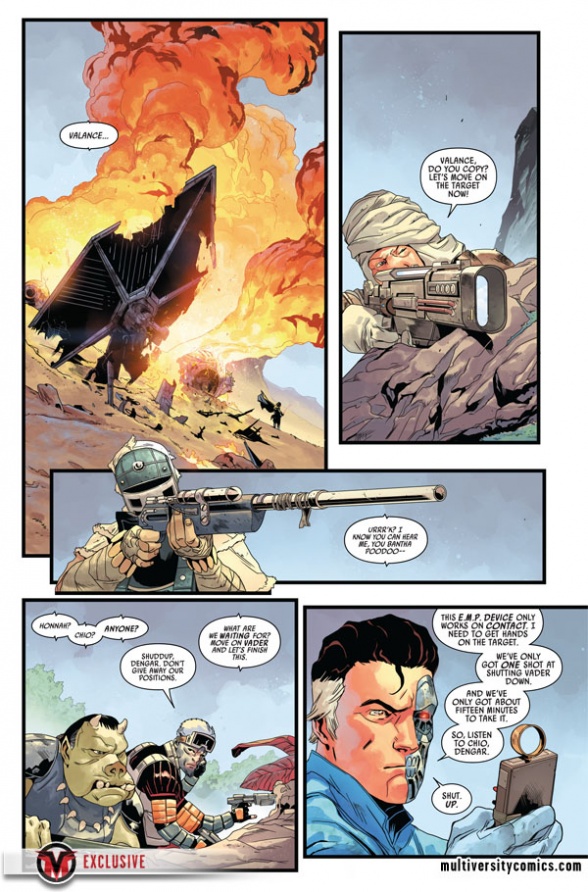 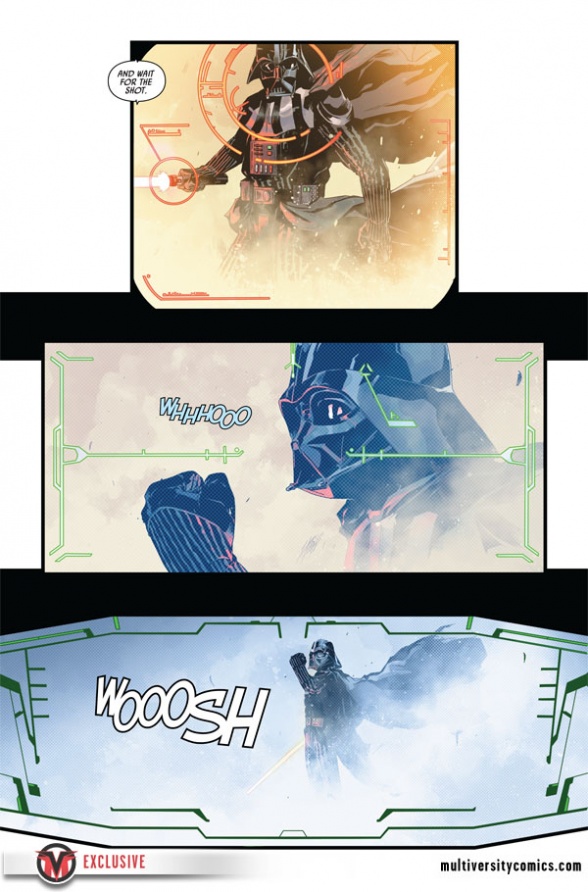