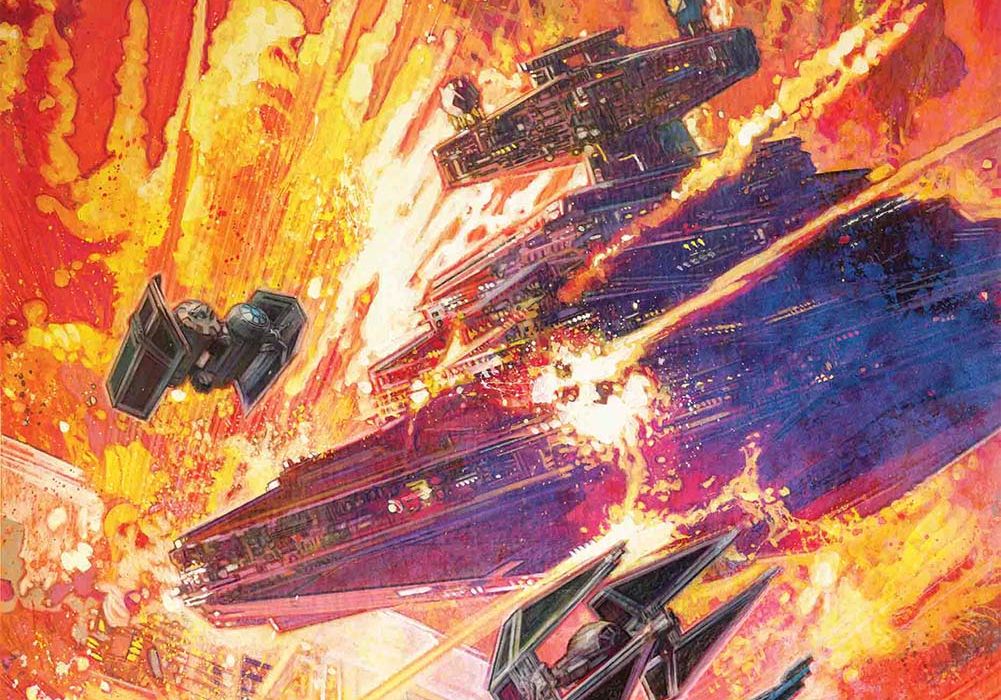 Next week marks the conclusion of “Star Wars: TIE Fighter,” the Marvel Comics series that marked the company’s first crossover with Star Wars prose publisher Del Rey. The five-issue comic, written by Jody Houser and illustrated by Roge Antonio and Juan Gedeon, followed the Imperial fighter squadron Shadow Wing, the antagonists of Alexander Freed’s new post-Return of the Jedi novel Alphabet Squadron (which depicts them from the Rebel perspective). We are proud to present an exclusive preview of next week’s spectacular final issue. 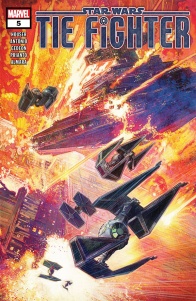 THE EMPIRE STRIKES! The mission is to deal a devastating blow to THE REBELLION. Can the squadron come together in time to complete the mission? And will any survive the fight? 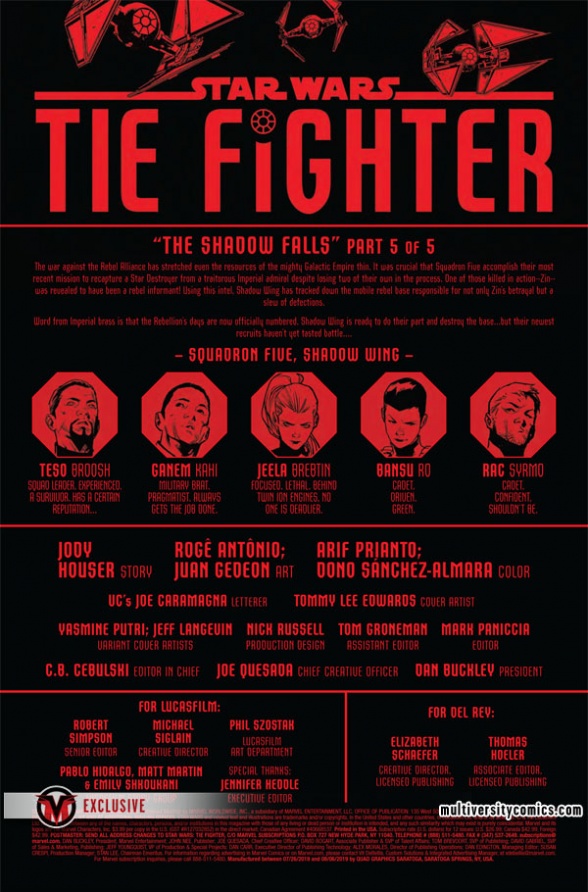 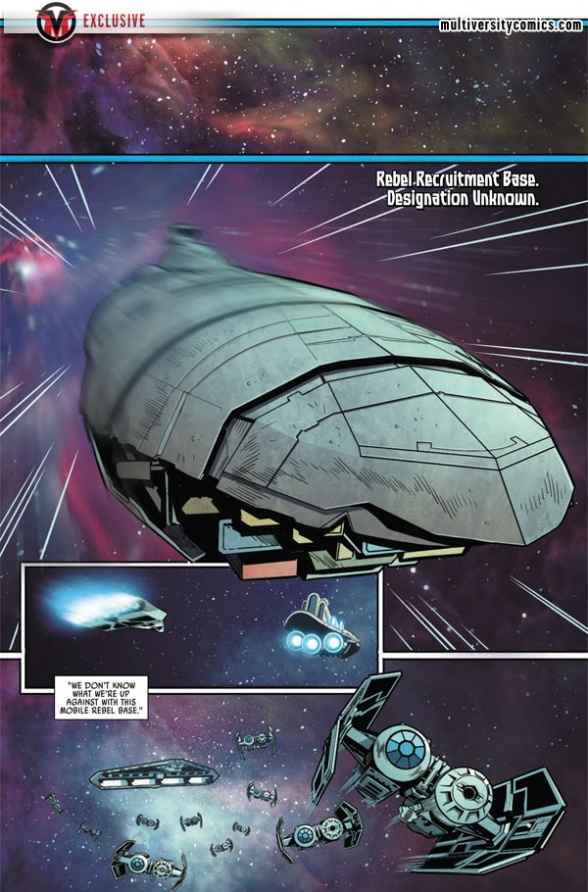 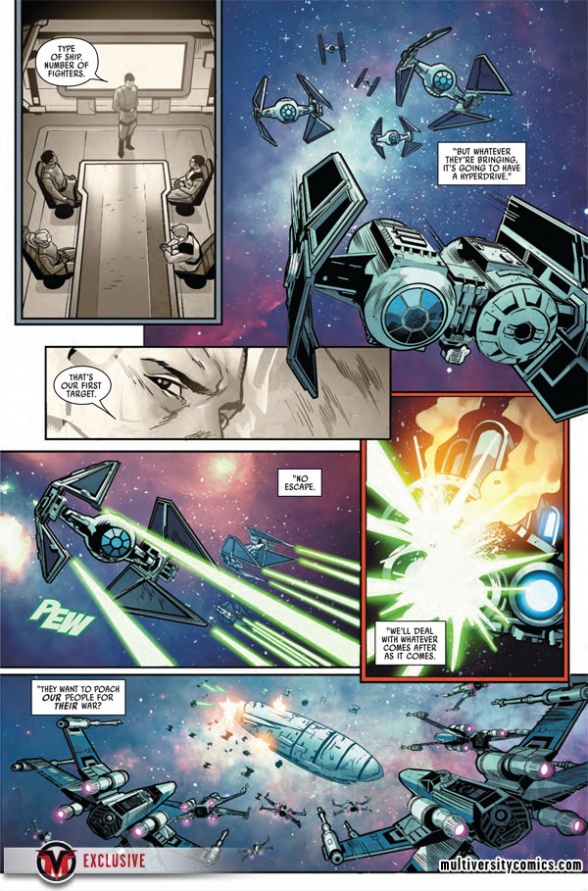 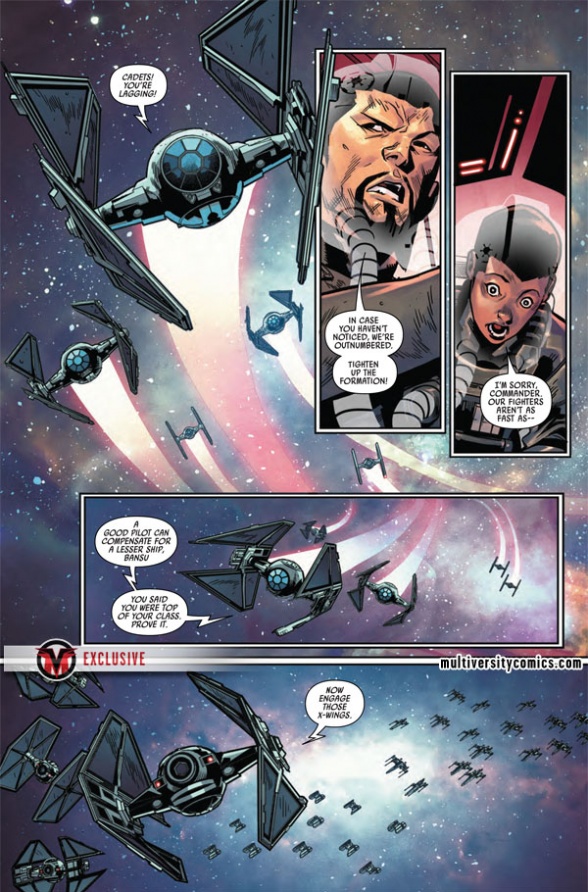 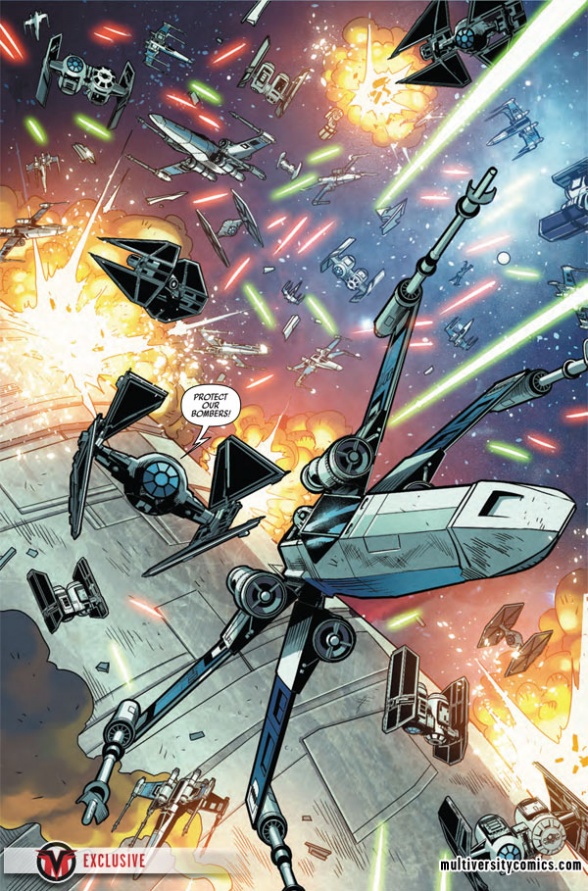