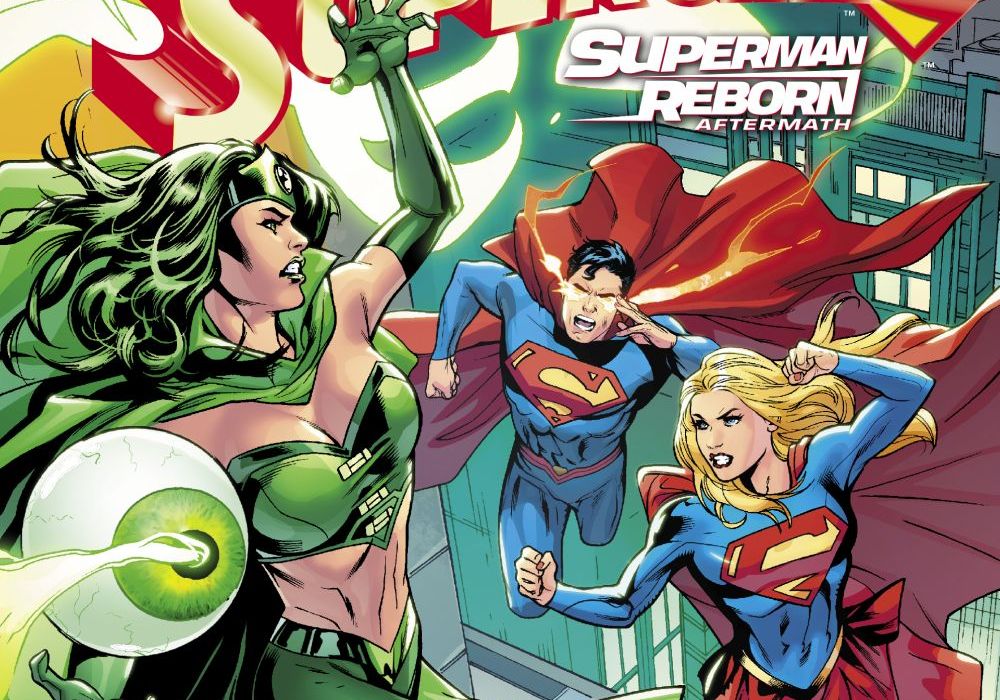 We are living in the golden age of Supergirl – between Melissa Benoist’s amazing portrayal on the titular show, the increased presence of Supergirl and other female DC characters in their all-ages properties, and Steve Orlando and Brian Ching’s ongoing series, which places Kara squarely in the spot she deserves to be: a hero, on her own, building a supporting cast and a world that touches Metropolis, but isn’t defined by it. Ching is off this month, but Matias Bergara fills in and keeps the general tone and feel of Ching’s work in place for #8 of the series, of which we are thrilled to present an exclusive preview. The issue will be release on April 12. 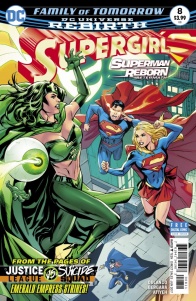 A “Superman Reborn Aftermath” tie-in! Superman and Supergirl meet again for the first time to face the evil of the Emerald Empress! Plus, what does it mean for the Girl of Tomorrow when tomorrow promises a Dark Knight? Shocking revelations, all-powerful sorceresses from the future, the Batgirl of Burnside and dinner in the Wild West—they’re all here in this amazing issue! 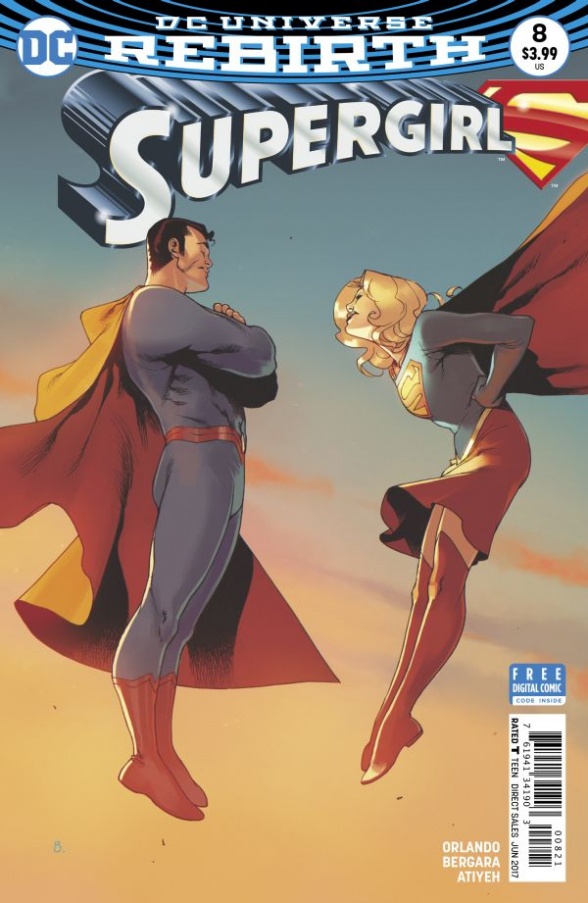 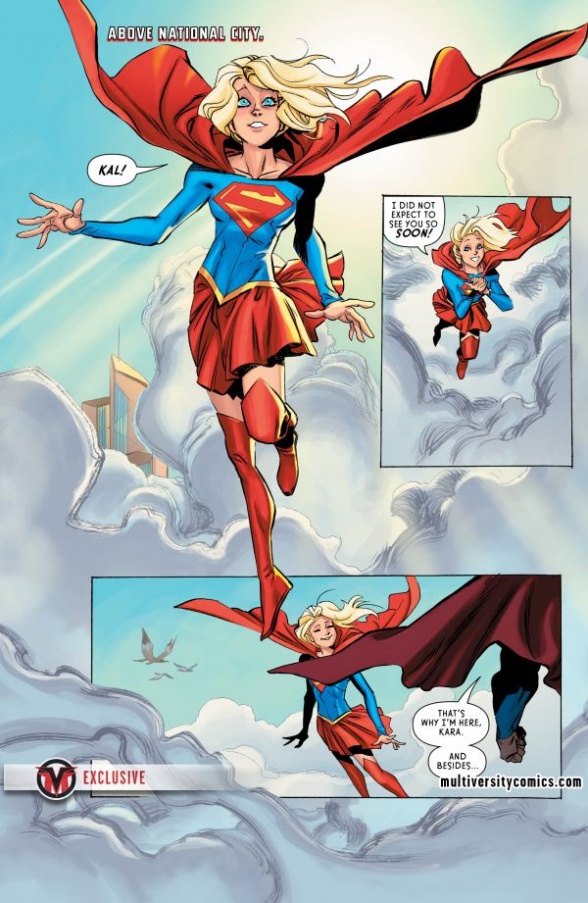 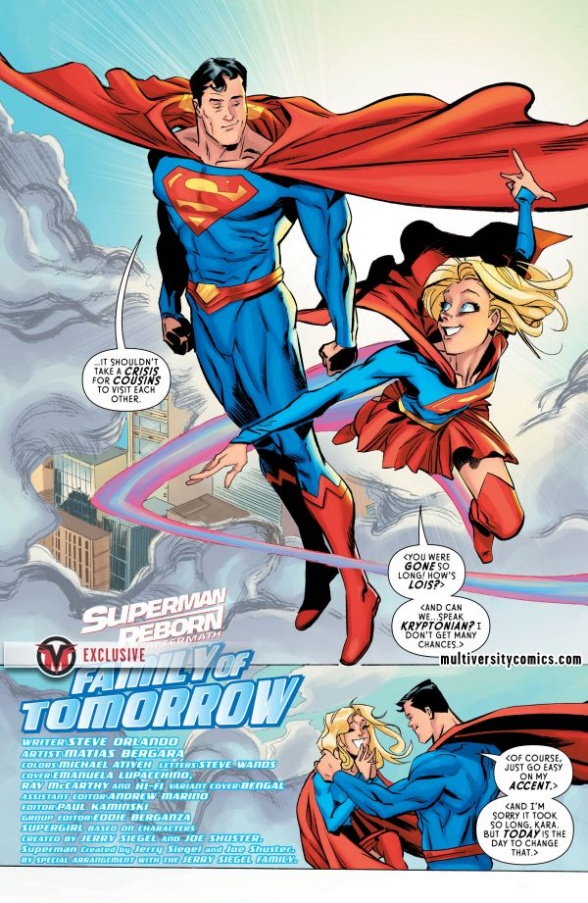 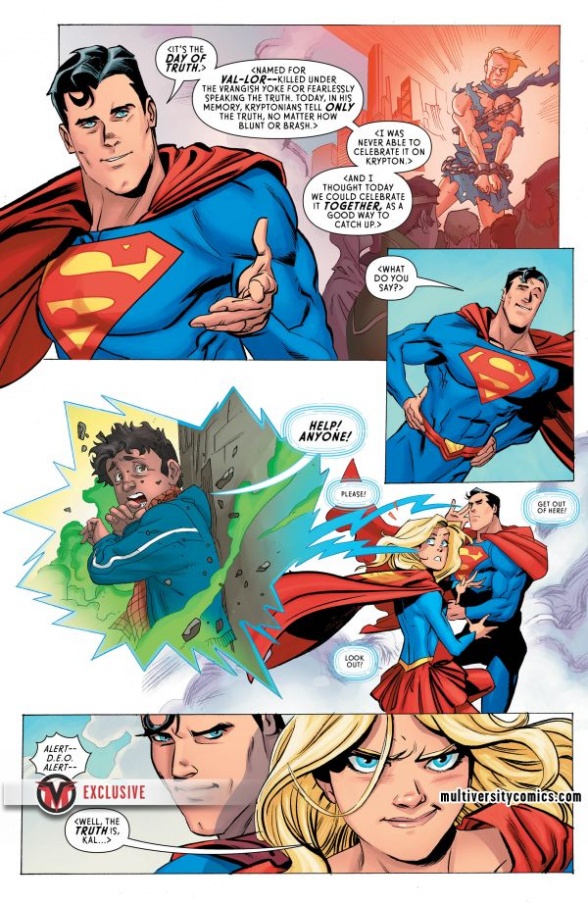 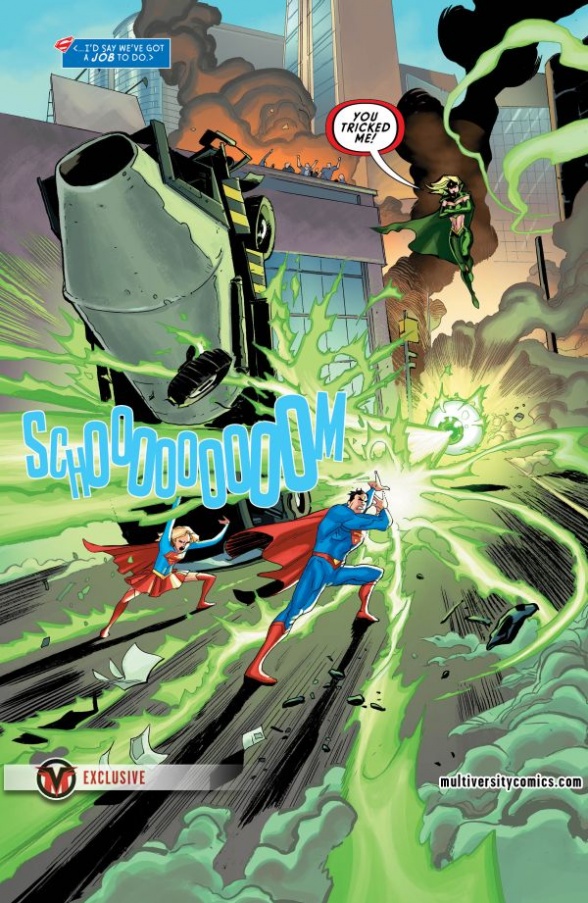 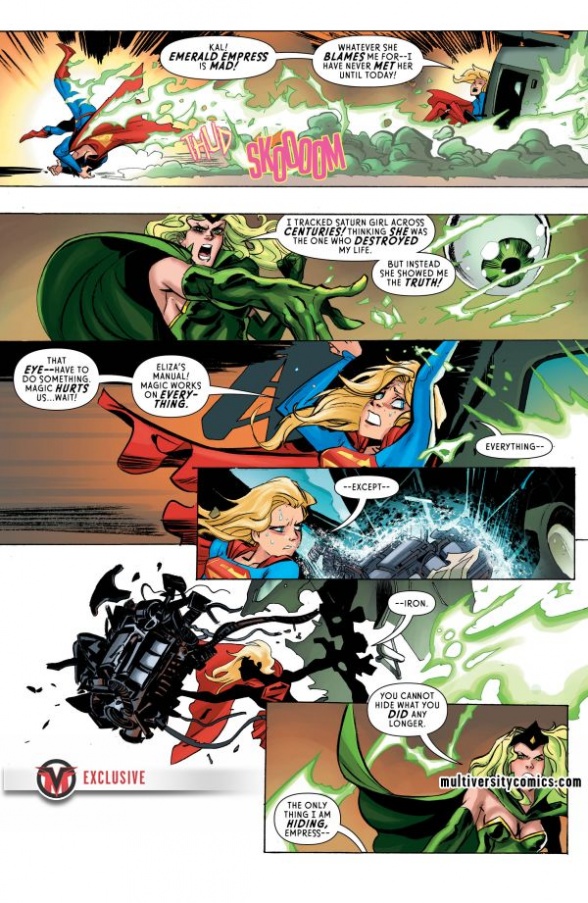