IDW has really figured out the best way to do Teenage Mutant Ninja Turtles comics. The sprawling series, barreling towards #100, feels like the most complete version of the TMNT that we’ve ever seen. New characters, characters that debuted in animation, and elements from all prior series seem to find their way into this book. After traveling to Tokyo almost 50 issues ago, Karai is back in issue #91. We are thrilled to share an exclusive preview of “Teenage Mutant Ninja Turtles” #91, courtesy of IDW Publishing. 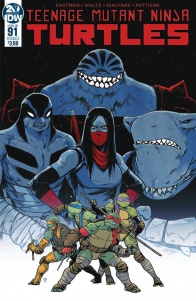 Karai returns to New York City and means business! Will she come to Splinter and the TMNT seeking peace… or war? 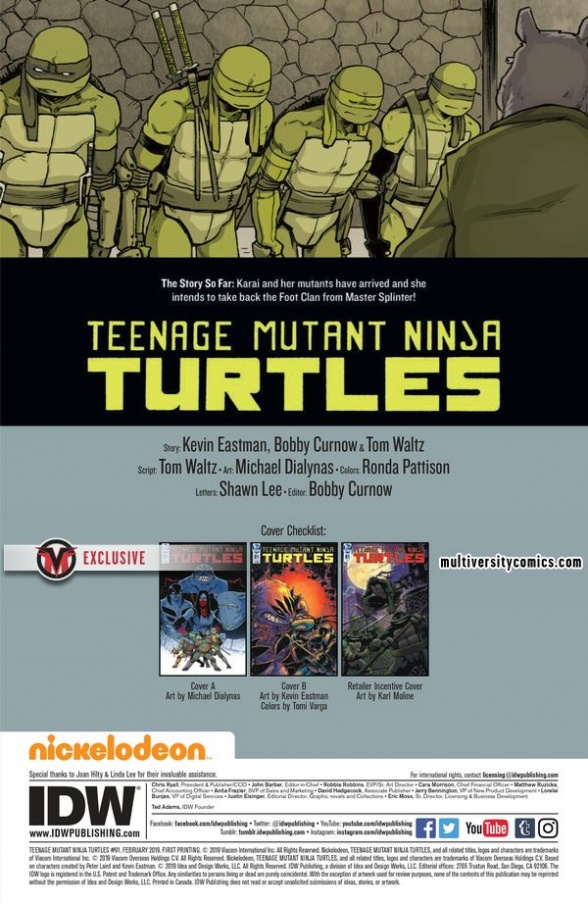 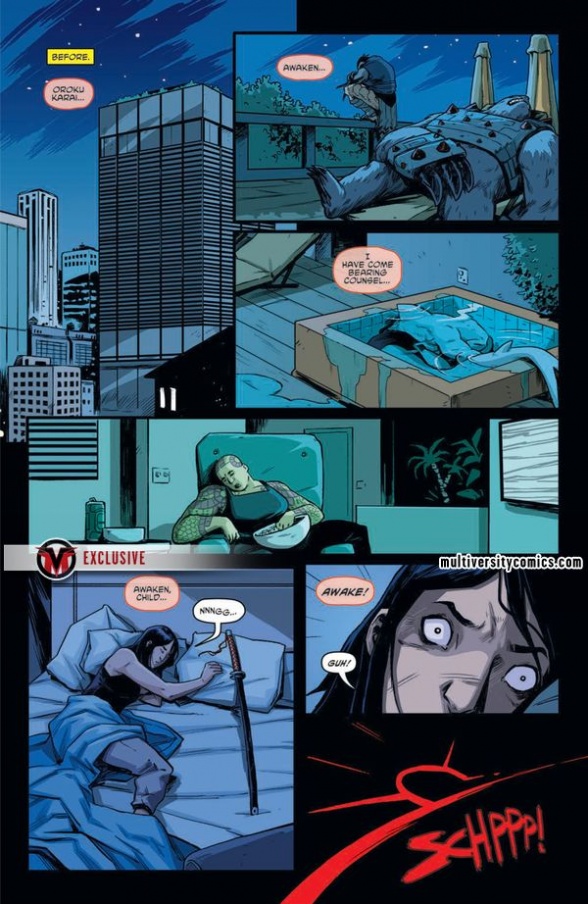 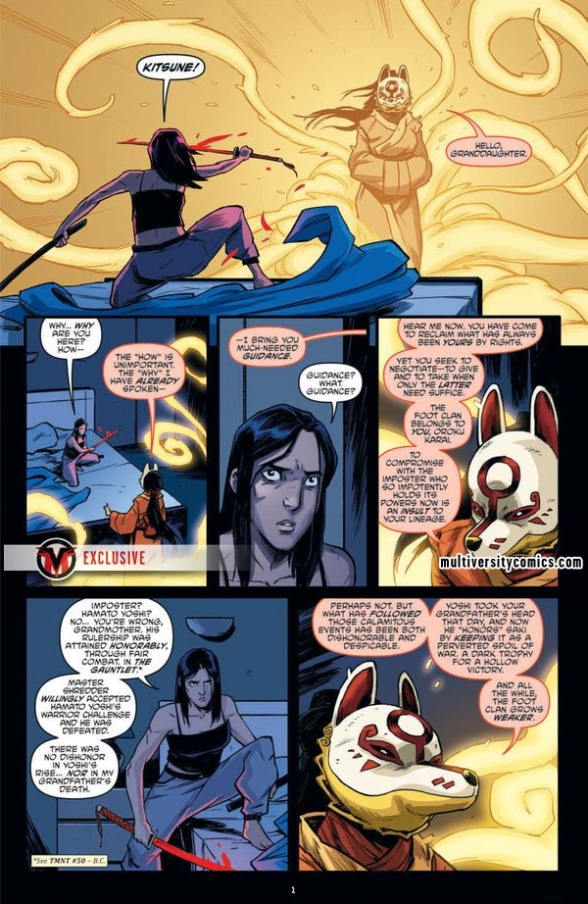 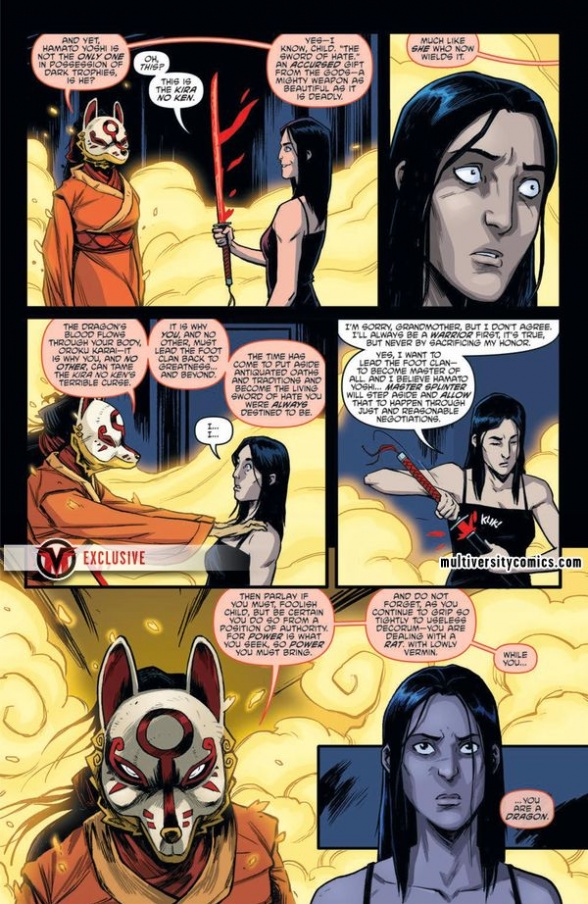 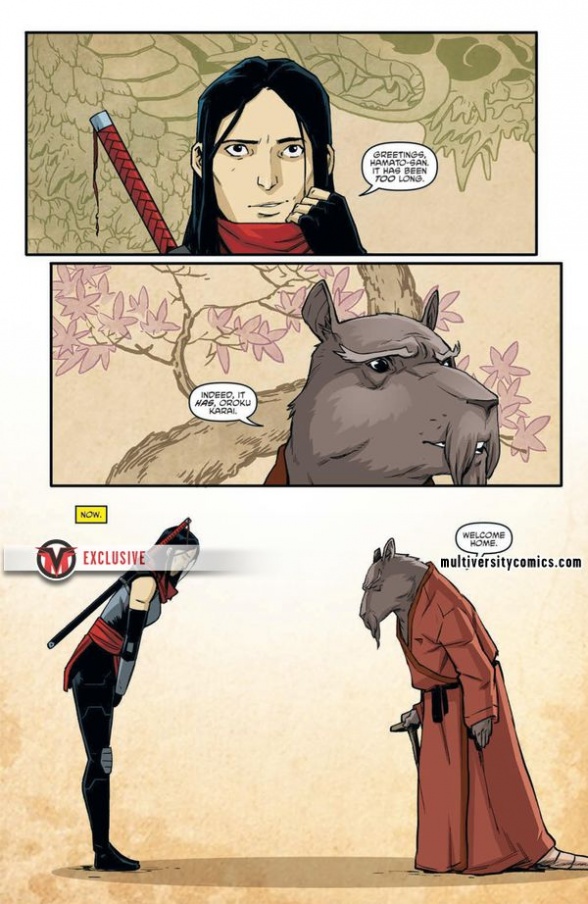 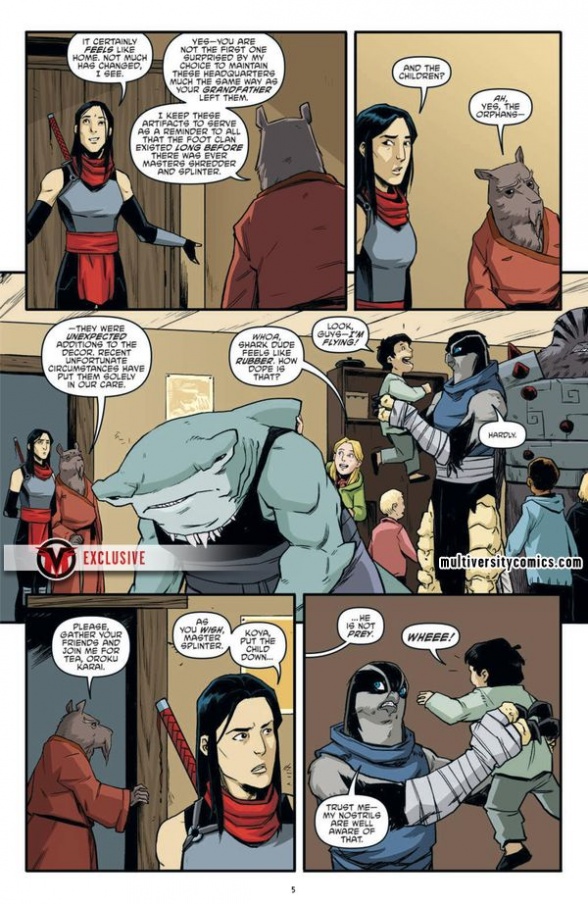