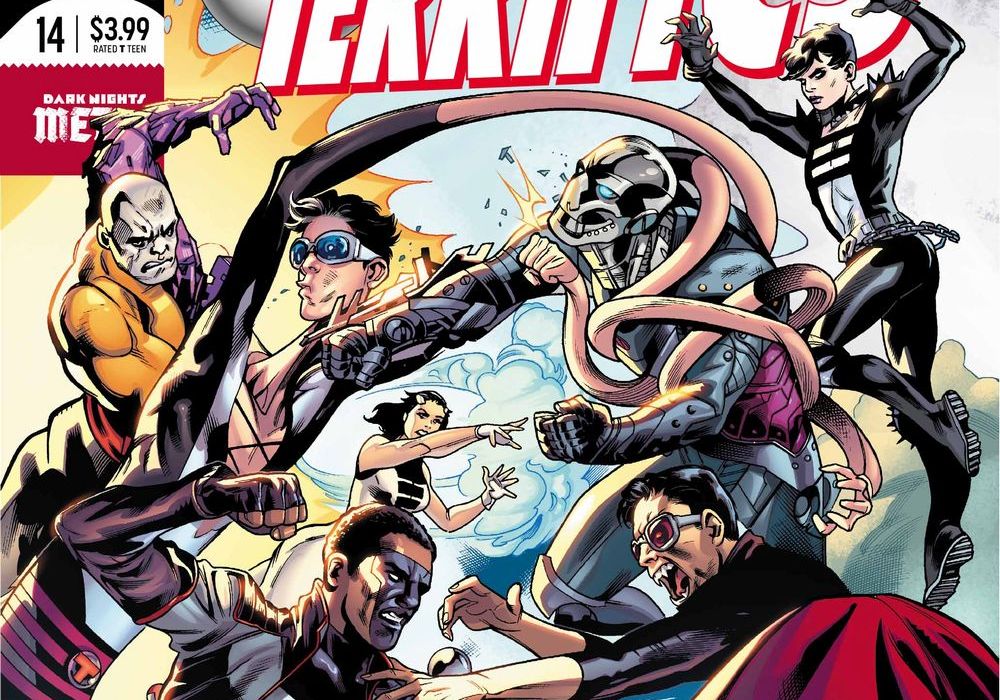 With the just-announced cancellation of “The Silencer” in June, “The Terrifics” will be the final ‘New Age of Heroes’ title to be published. Although, this month sees the end of an era on the book, with writer Jeff Lemire finishing up his run on the title, handing it off to Gene Luen Yang, who joins the book next month after writing a great “Terrifics” annual earlier in the run. We are thrilled to share an exclusive first look at the final Lemire-penned issue, #14, which hits stores on March 27th. 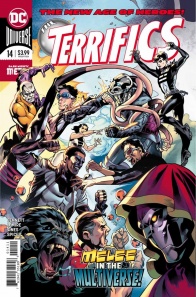 The Terrifics are back! Metamorpho, Phantom Girl and Plastic Man have reunited to save their long-lost leader Mr. Terrific and the heroic multiversal Mrs. Terrific to bring the ruckus to Doc Dread and his team of Dreadfuls. This is going to be a melee for the ages, in this epic conclusion to over a year of Terrifics comics stories! The fate of the Multiverse hangs in the balance—so don’t miss this issue!

Thanks to DC for the preview, and make sure to pick up the book on Wednesday! 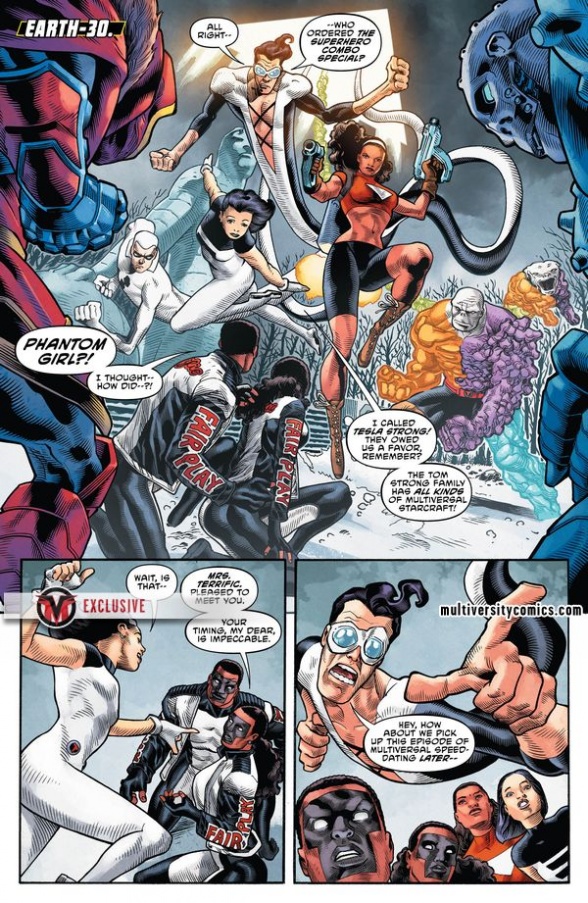 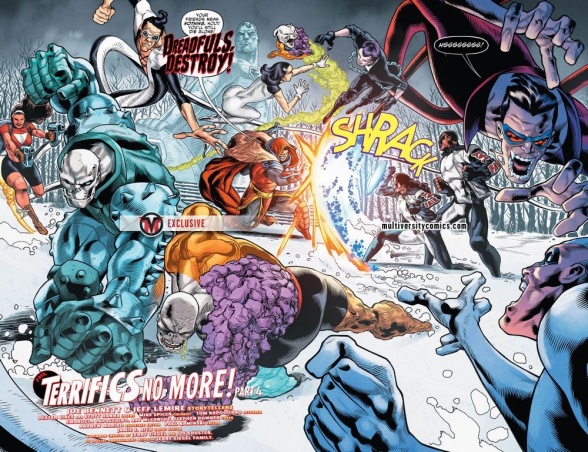 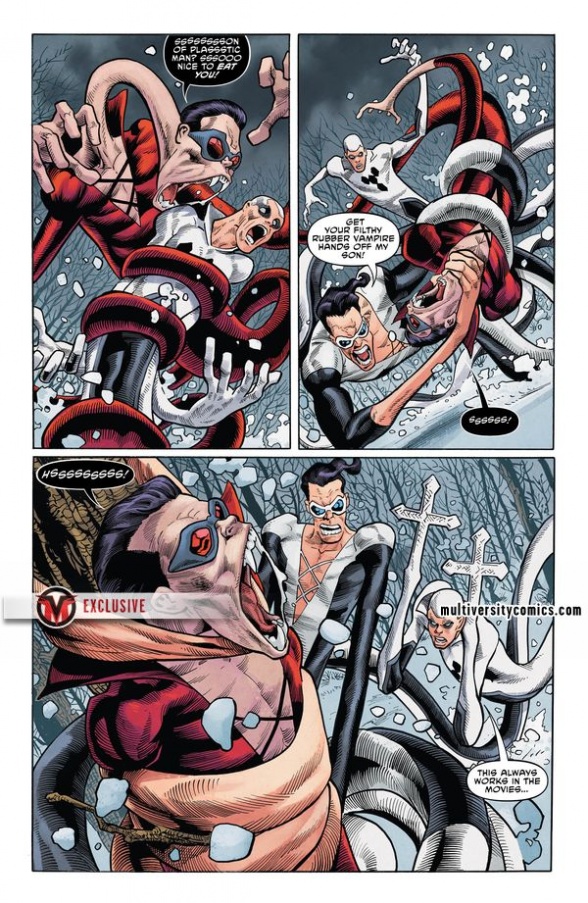 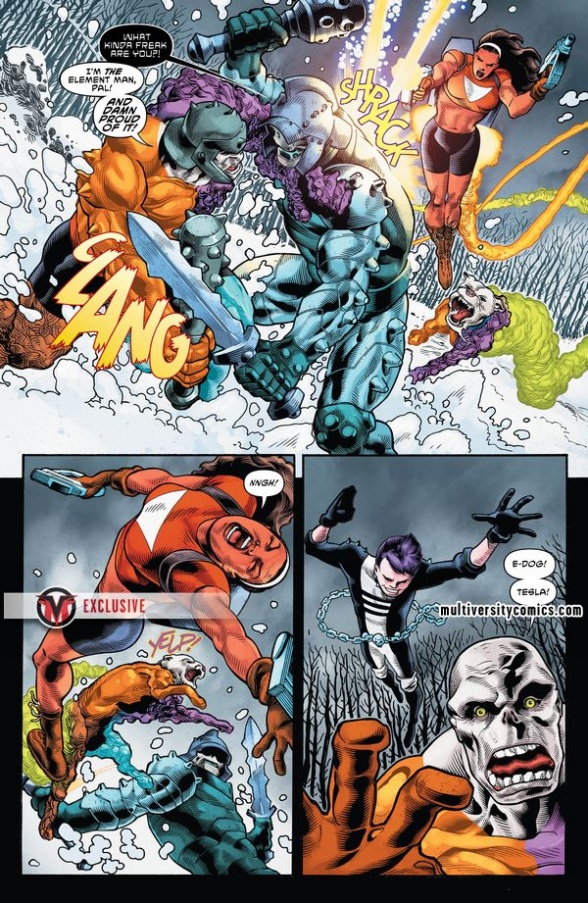