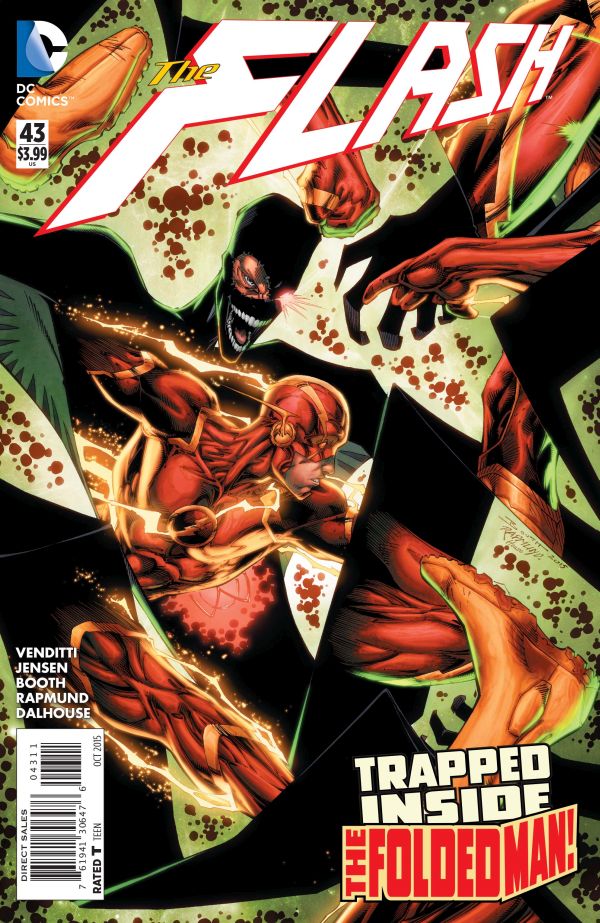 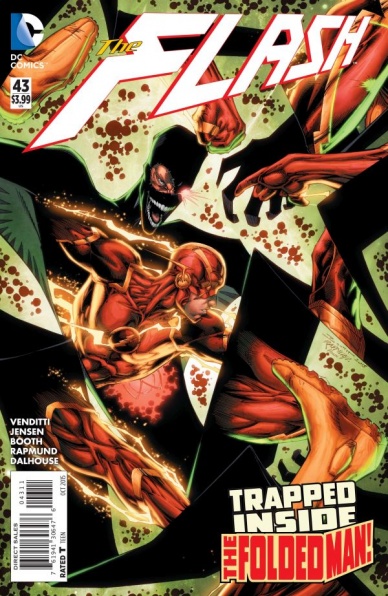 “The Flash” continues to be one of DC’s titles that, like its CW equivalent, attempts to re-introduce readers to various parts of the Flash mythos while adding to it considerably as well. This month, the team of Robert Venditti, Van Jensen, and Brett Booth are bringing a new villain to Barry Allen, while also continuing the recent re-focusing on Henry Allen, Barry’s dad. Due to the fine folks at DC comics, we have an exclusive first look at “The Flash” #43, which drops on Wednesday.

Barry Allen is a man divided, forced to either help his father remain on the run from the law, or bring him to justice. As Barry grapples with that impossible choice, The Flash becomes a target of the Folded Man, a mysterious deadly new villain to Central City who’s hell-bent on tearing The Flash apart—literally! 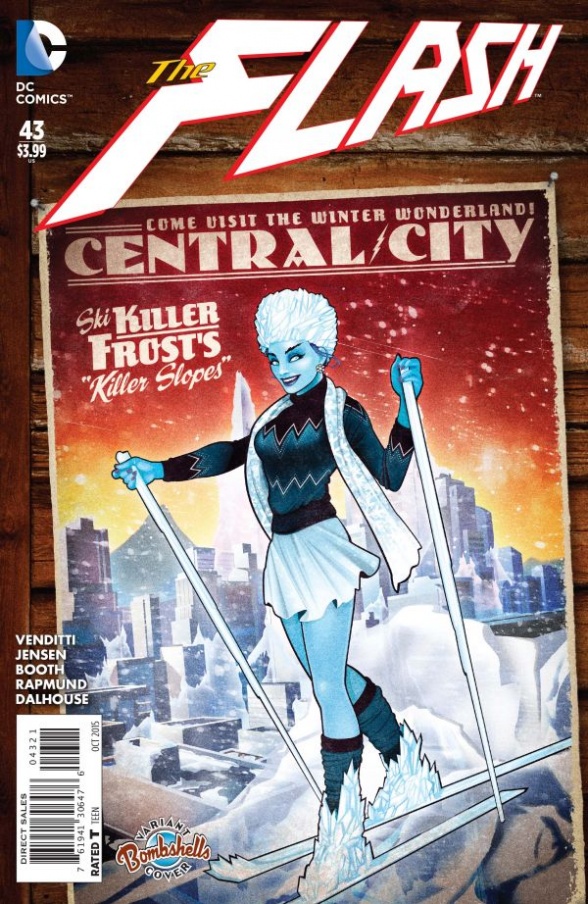 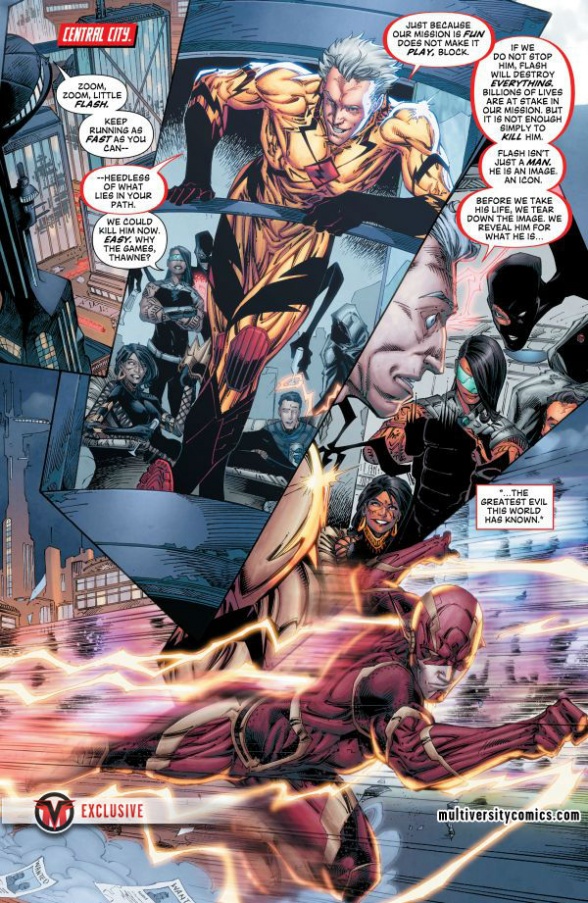 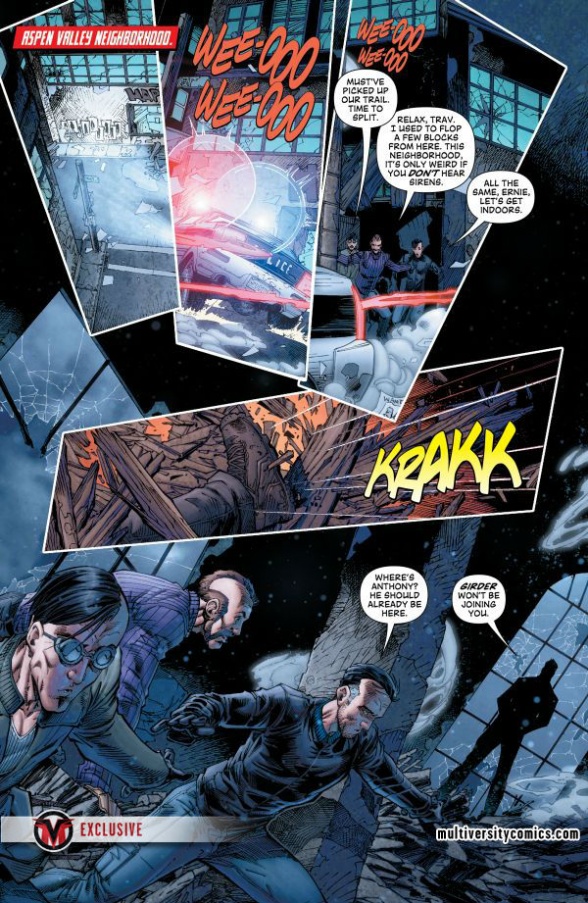 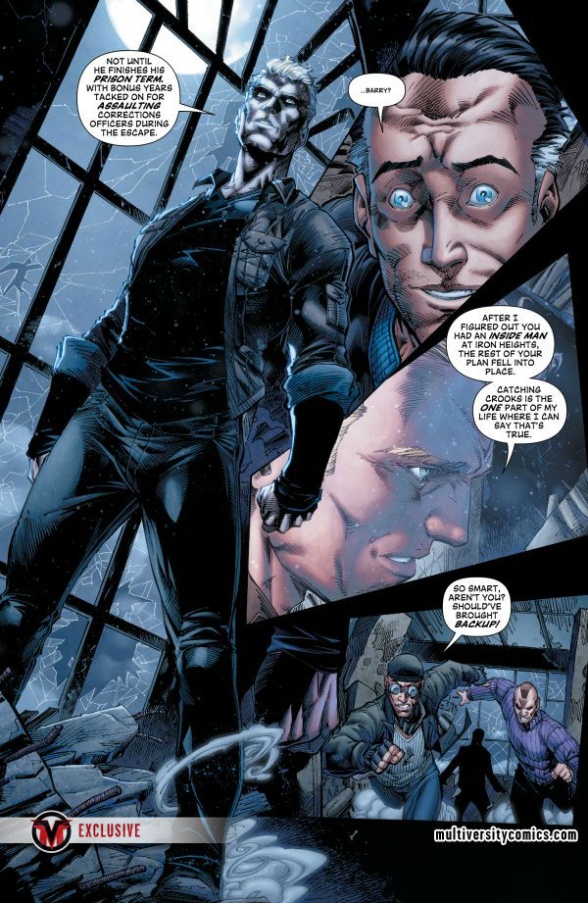 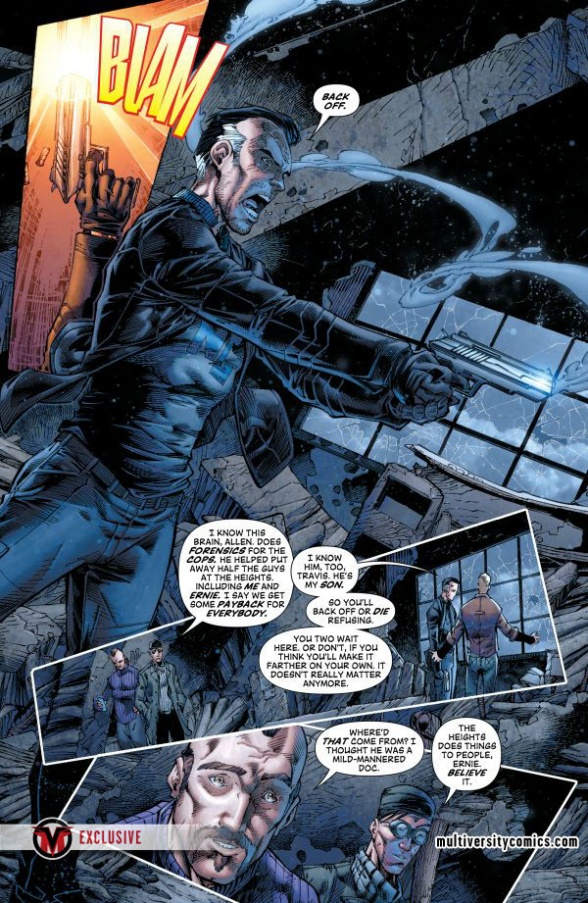 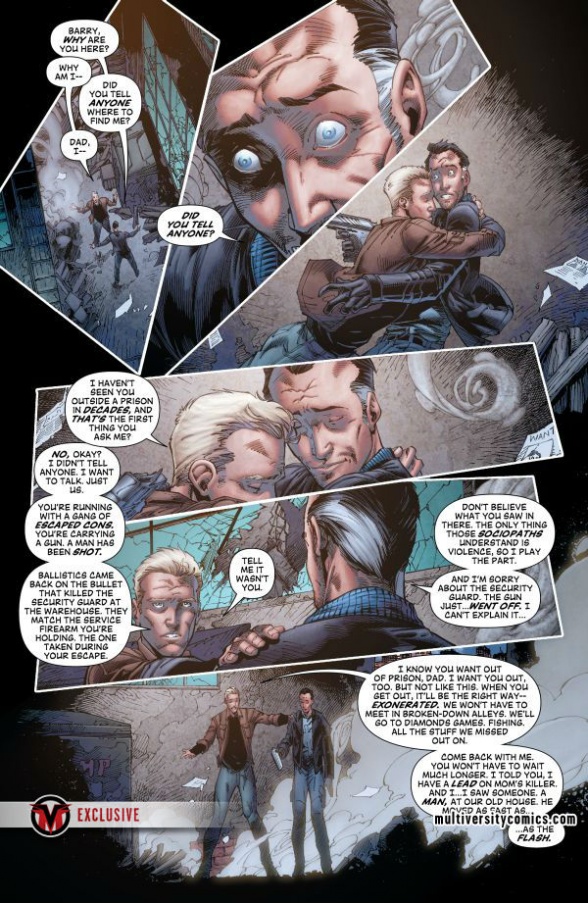