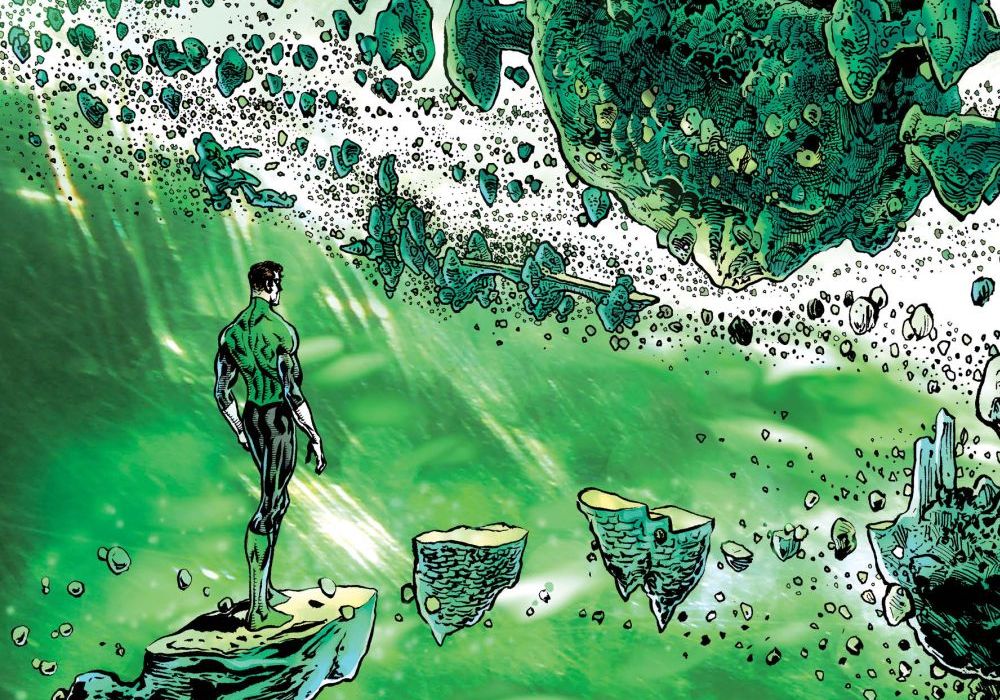 “The Green Lantern” #6 ended with a really fun, bizarre twist: Hal wound up inside his own power ring. It is exactly the sort of story that Grant Morrison and Liam Sharp are telling in this series. This seventh issue sees Liam Sharp coloring himself for the first time in the series, and the beautiful wash of watercolors gives the book an entirely different look than it had in its first six installments. We are thrilled to share an exclusive first look at the issue, which hits on May 1. 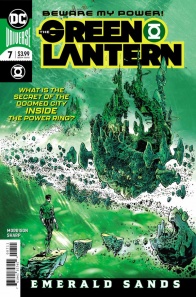 After sacrificing himself to save the entire universe from a cosmic WMD, Hal Jordan finds himself trapped inside his own power ring! And he discovers an entire universe lies inside it, populated with souls whose lives are threatened when his ring runs out of power! Can Hal save yet another universe one issue after saving the last? Only Grant Morrison and Liam Sharp know the answer within this classic run in the making! 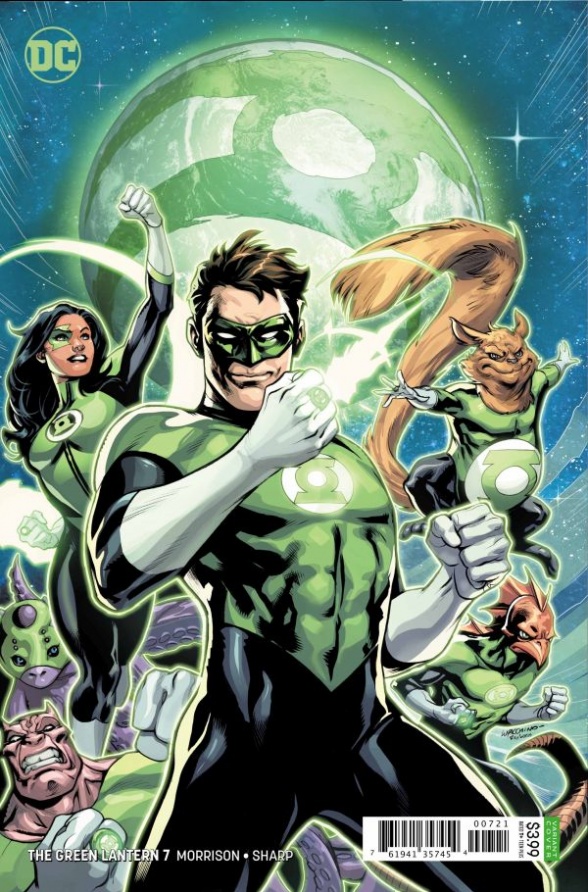 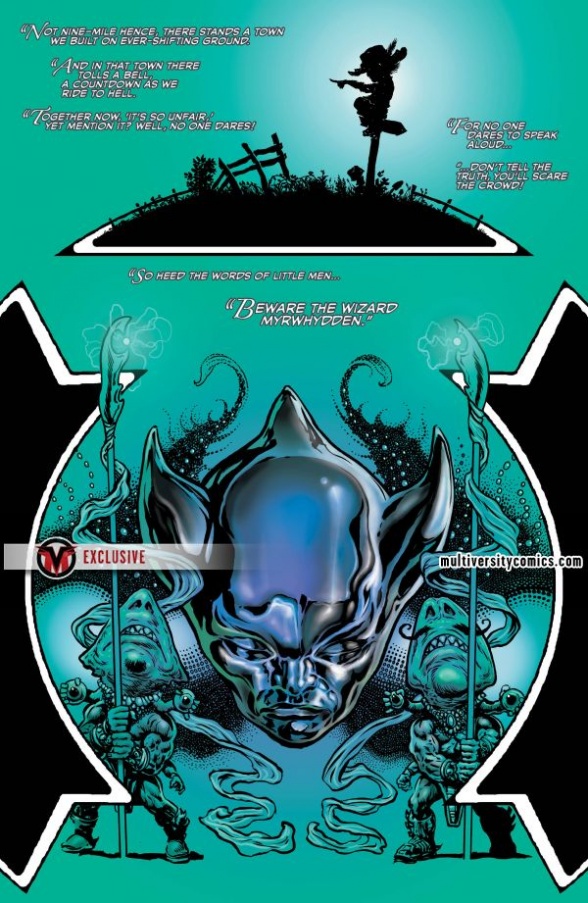 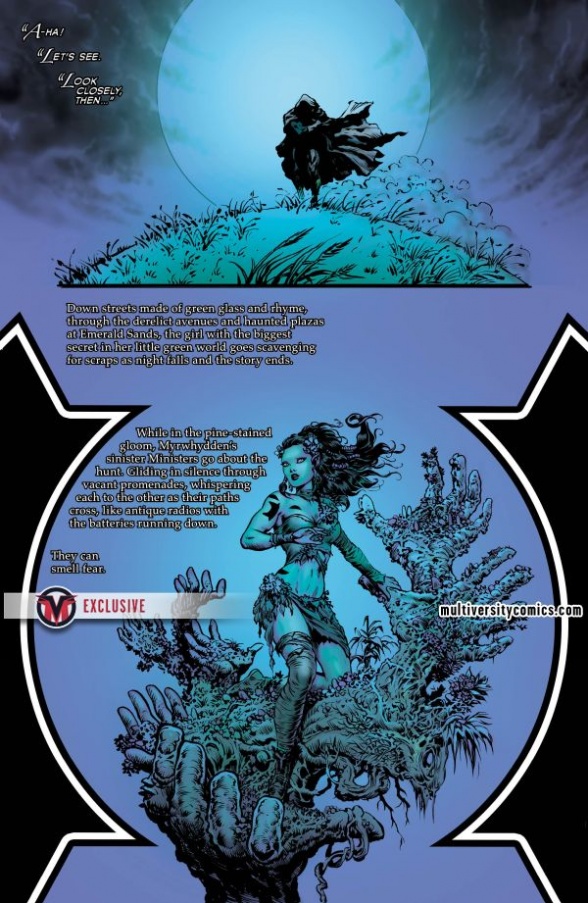 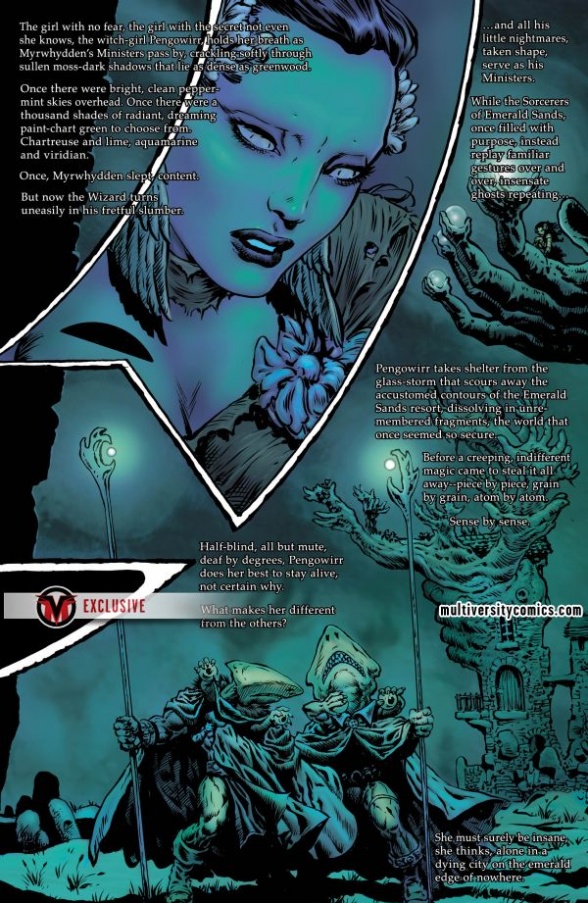 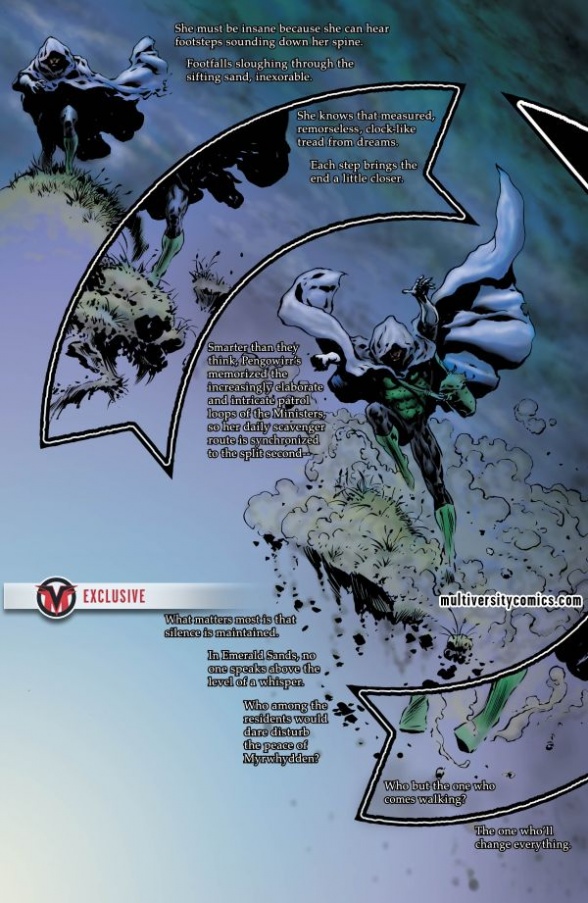 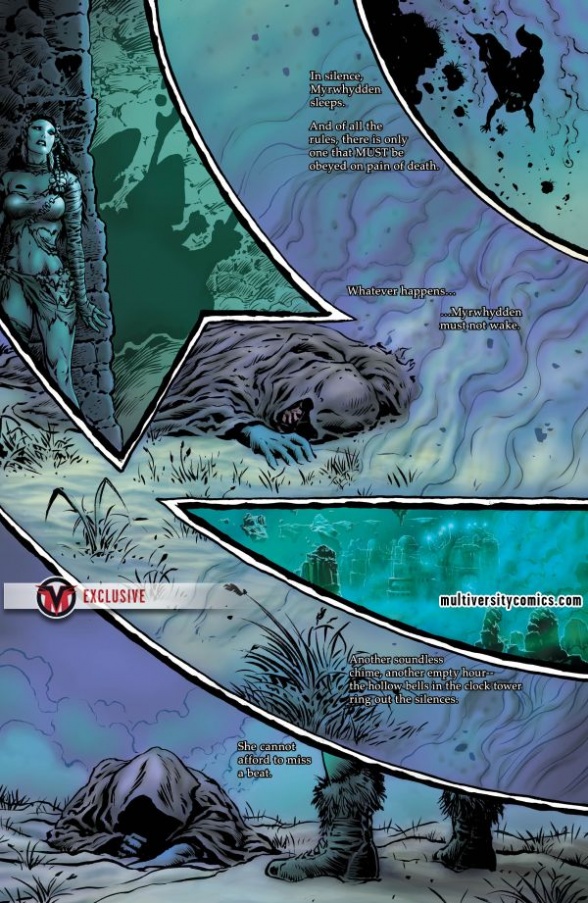 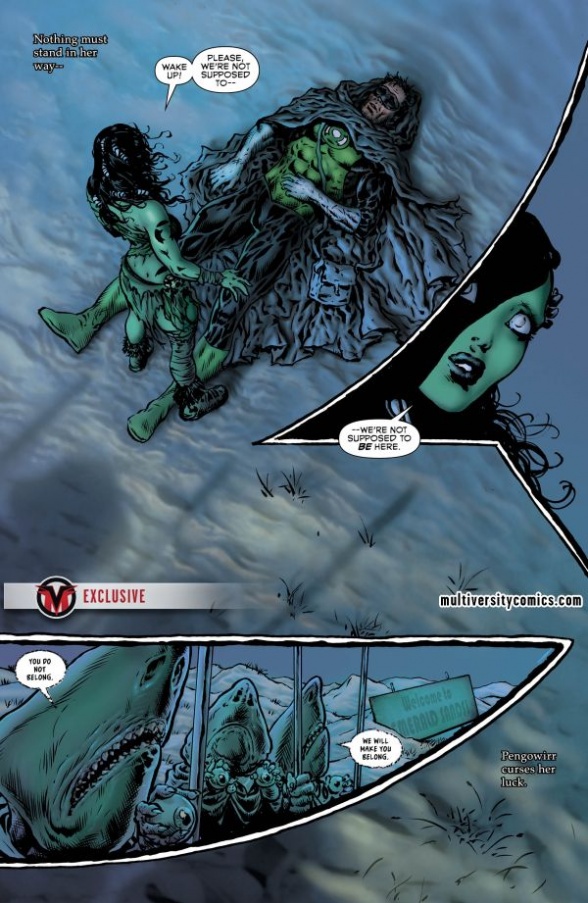