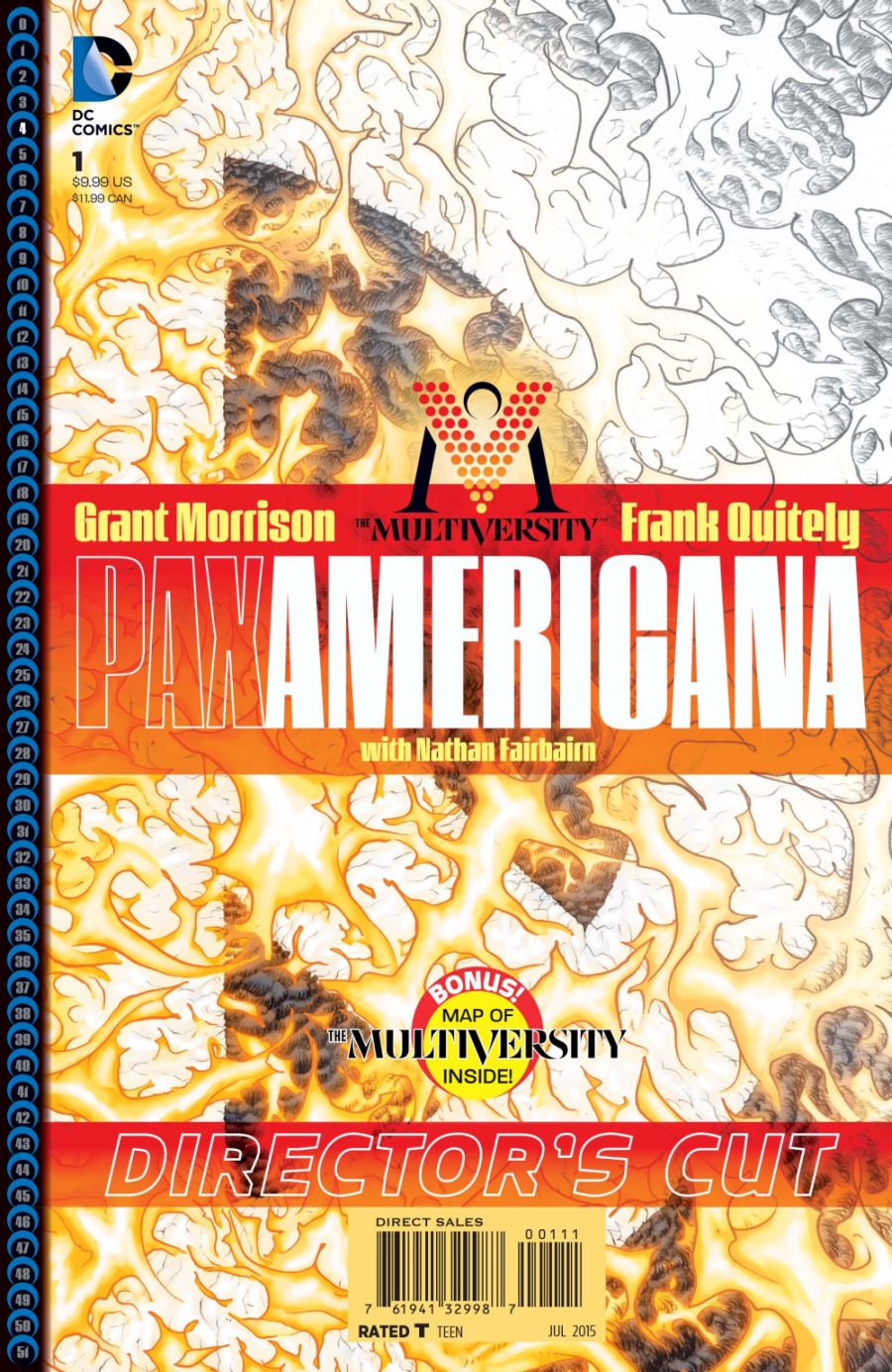 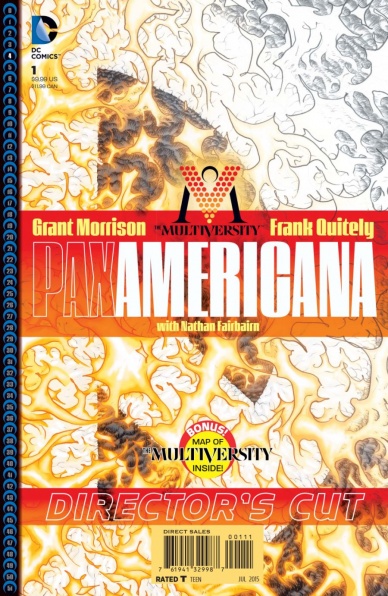 “The Multiversity: Pax Americana” was Multiversity’s favorite single issue of 2014, and so when our friends at DC Comics offered us this exclusive look inside next week’s “Director’s Cut” edition of the book, we jumped at the chance. The issue features Grant Morrison’s script, as well as character designs and breakdowns by both Morrison and artist Frank Quitely. In addition, it also features raw pencils of the entire issue.

We are thrilled to bring you closer looks at three scenes in particular. Enjoy the preview, and make sure to pick up the issue when it hits stands on May 27th.

This issue is written by Grant Morrison, with art and cover by Frank Quitely. It spotlights Quitely pencil artwork, and the Multiverse poster designed by Rian Hughes from Grant Morrison’s notes! Also included are preliminary character designs by Morrison and Quitely, and more! 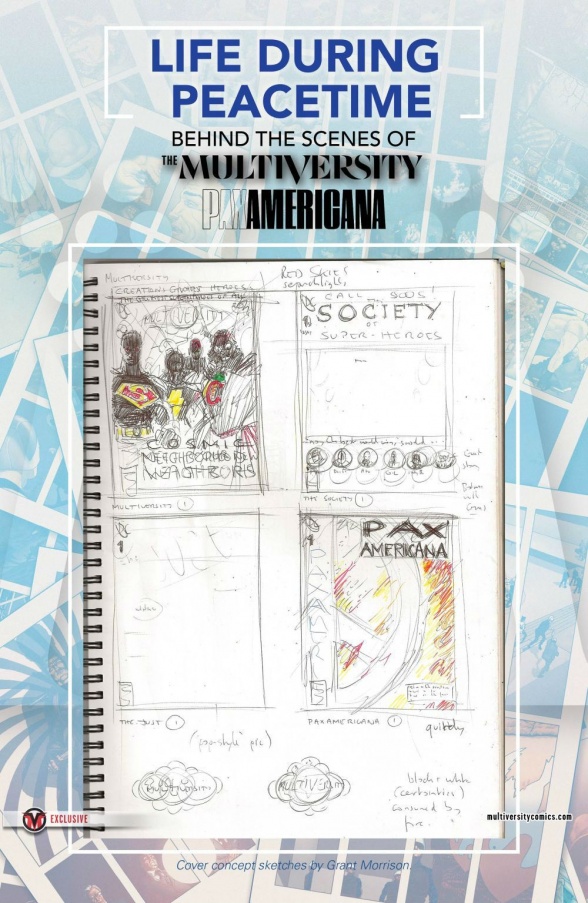 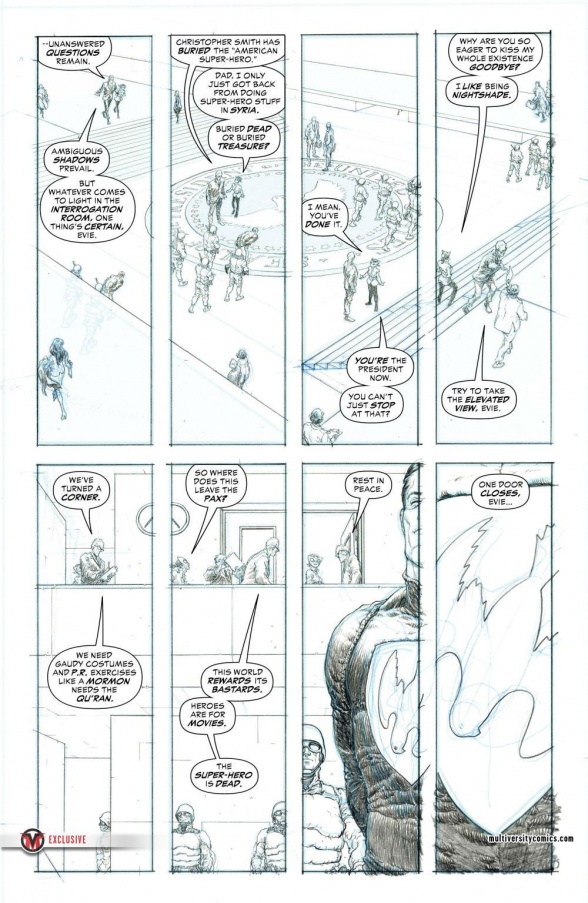 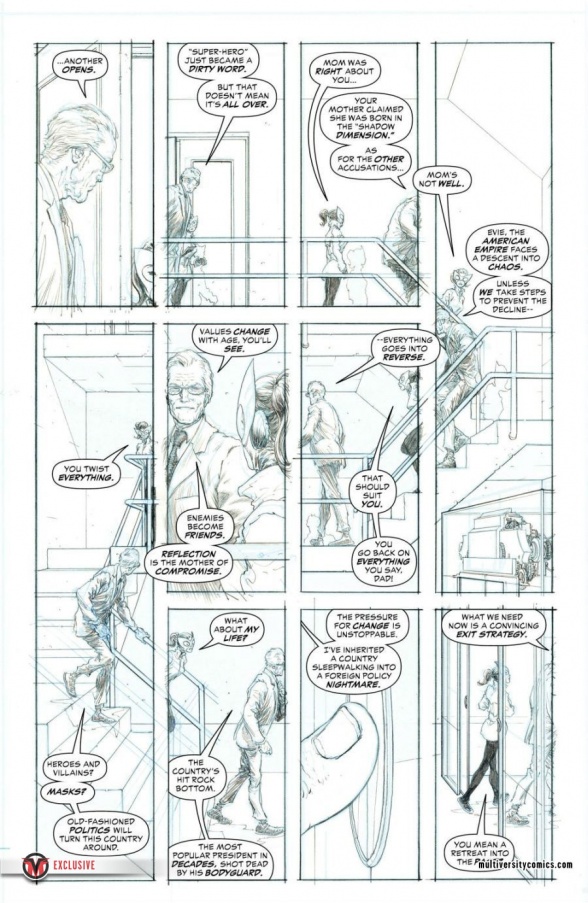 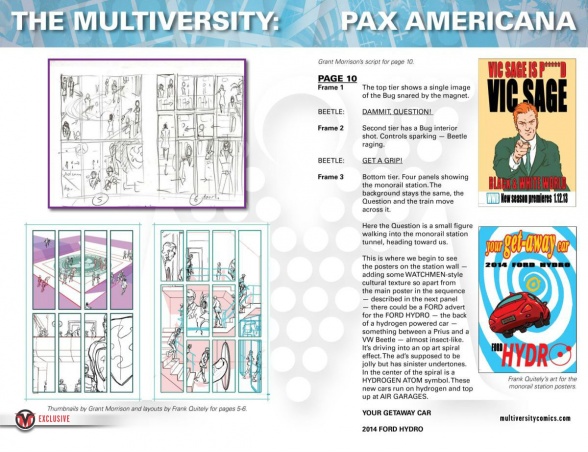 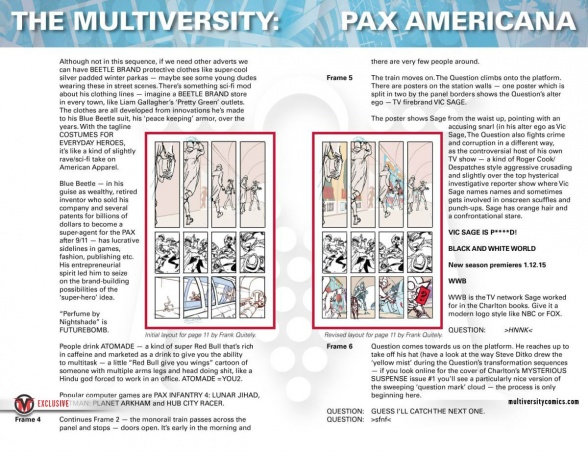 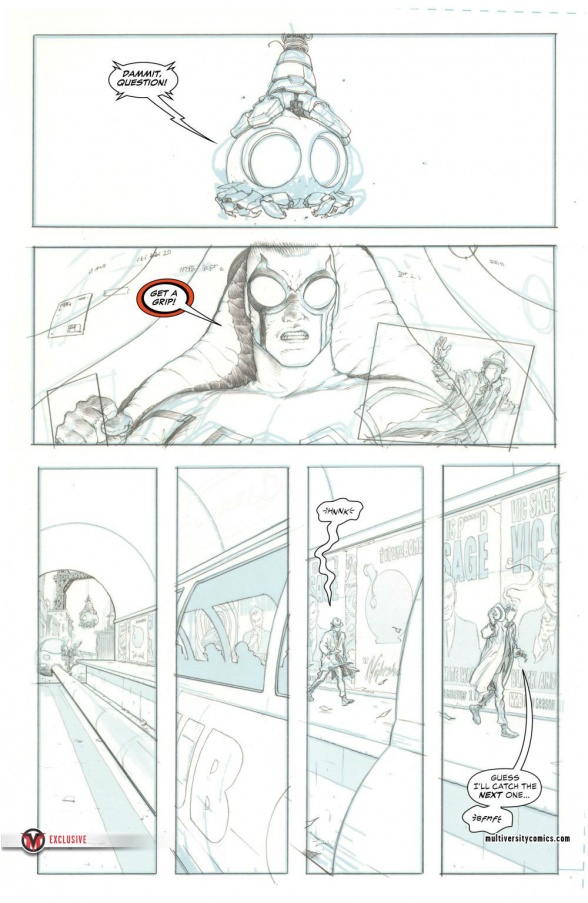 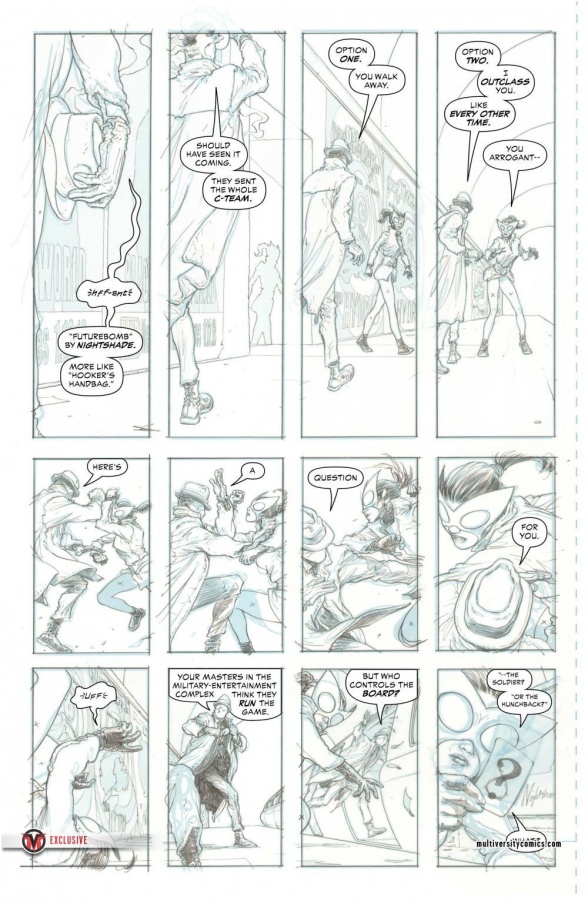 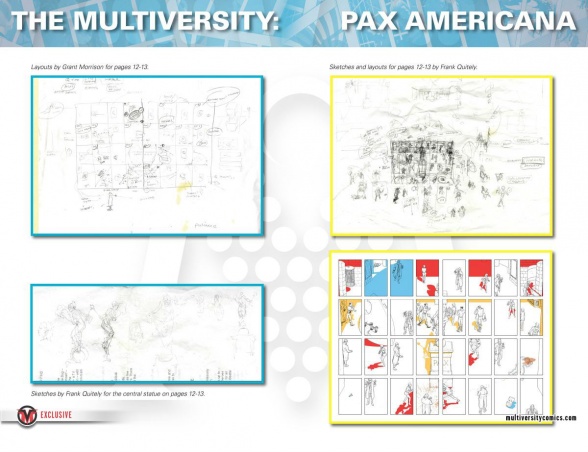 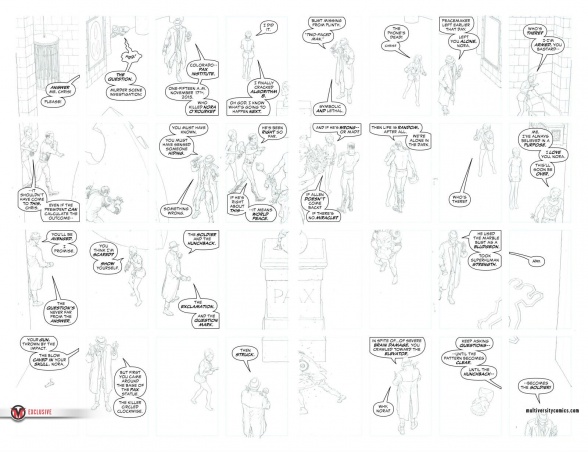