Ahead of his launching the new “Sonic the Hedgehog” title at IDW, writer Ian Flynn is stopping by a different anthropomorphized species, penning a two-part arc in “Teenage Mutant Ninja Turtles Universe” #19. The story, starring Raphael and Alopex, is not Flynn’s first foray into the TMNT world; back in 2015/2016, Flynn contributed stories to three issues of “Teenage Mutant Ninja Turtles Amazing Adventures,” alongside artists Coleman Engle and Chad Thomas. Here, Flynn is teamed with Dave Wachter (“Godzilla,” “Breath of Bones”), and we are thrilled to share an exclusive first look at the issue, which hits shelves on February 7th. 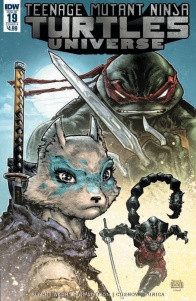 “Service Animals,” Part 1 of 2. Raphael and Alopex go undercover at Null Industries. They find more than they bargained for, including very angry mutants!

· What terrors lie in the heart of Null Industries? 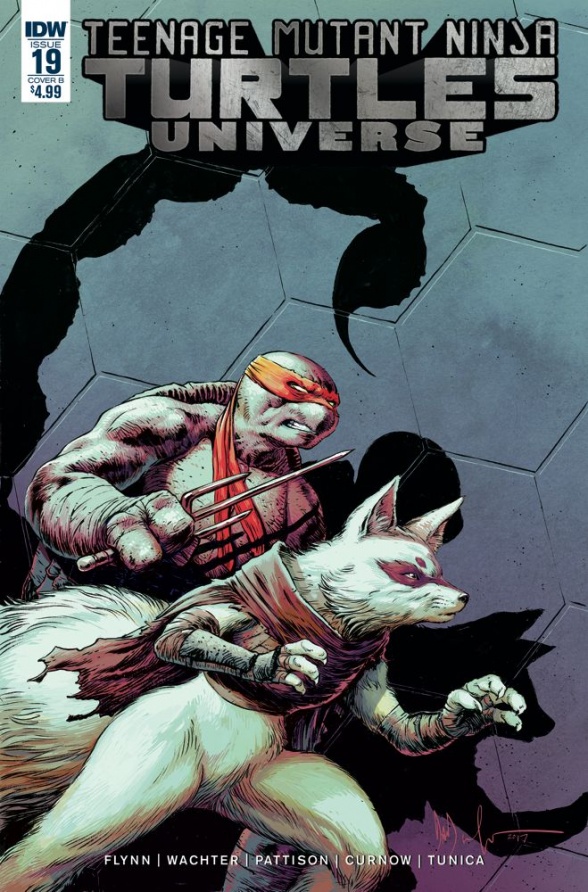 Cover B by Dave Wachter 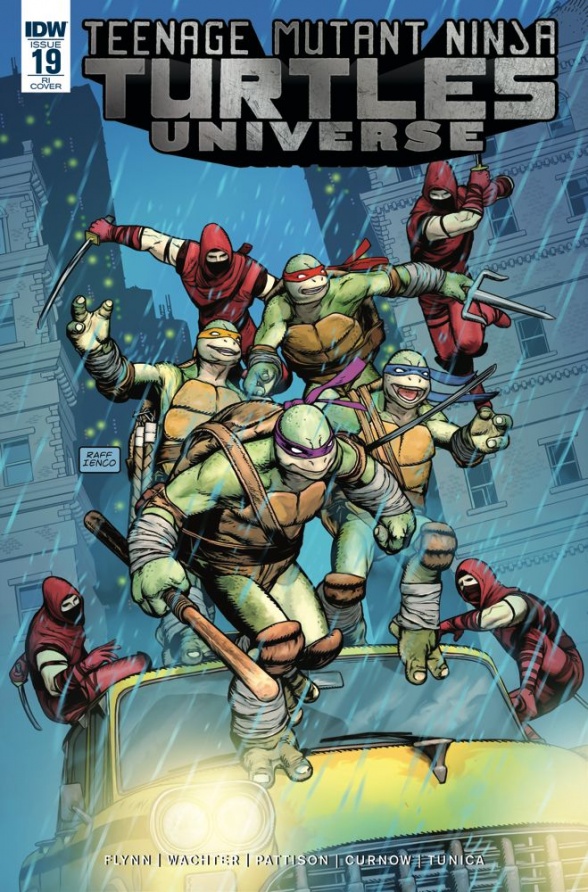 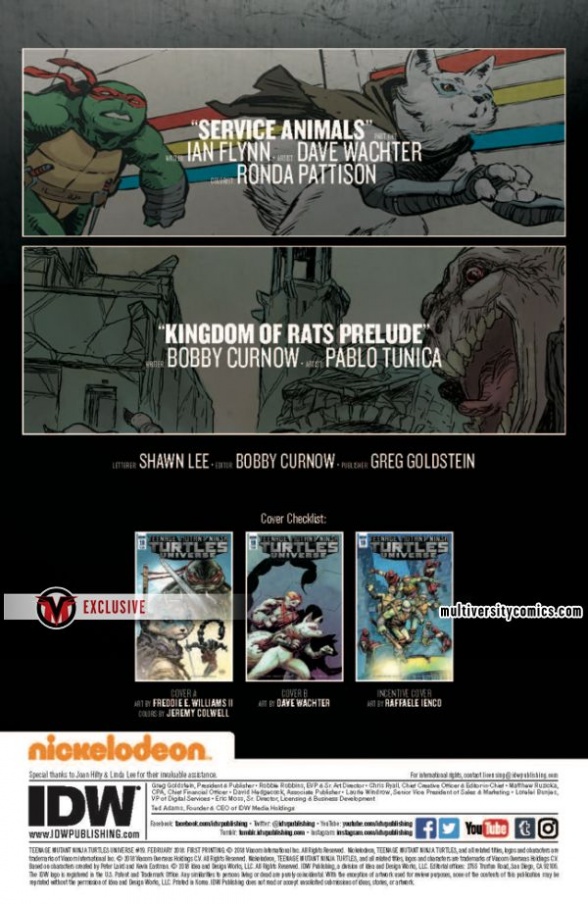 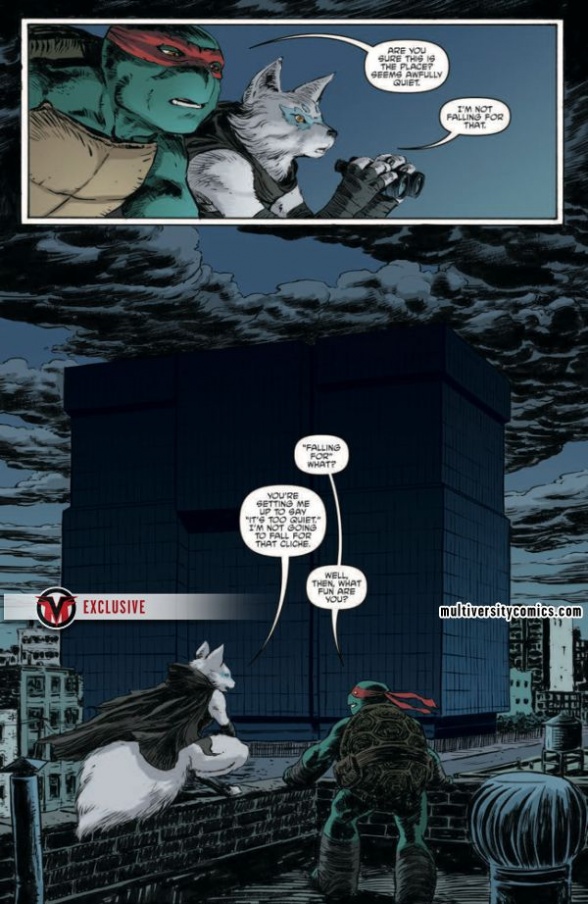 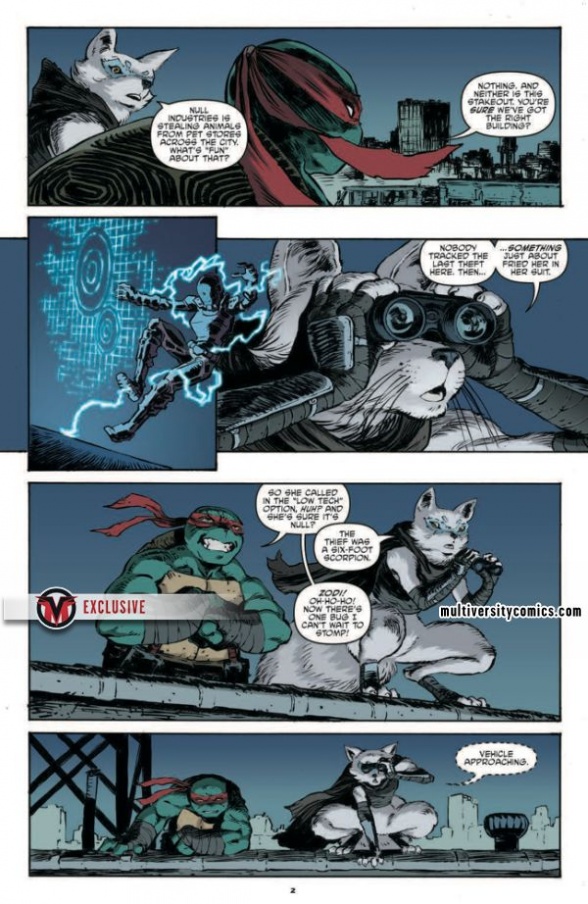 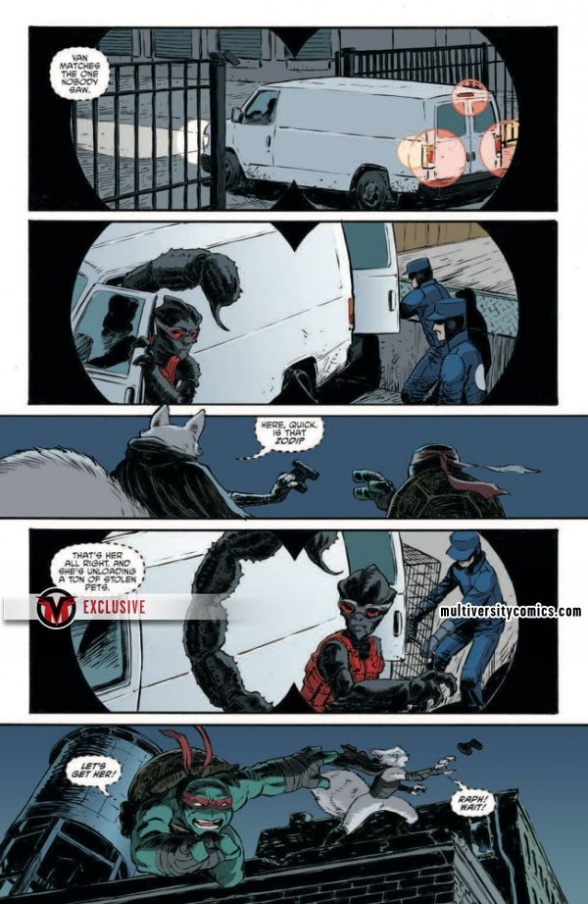 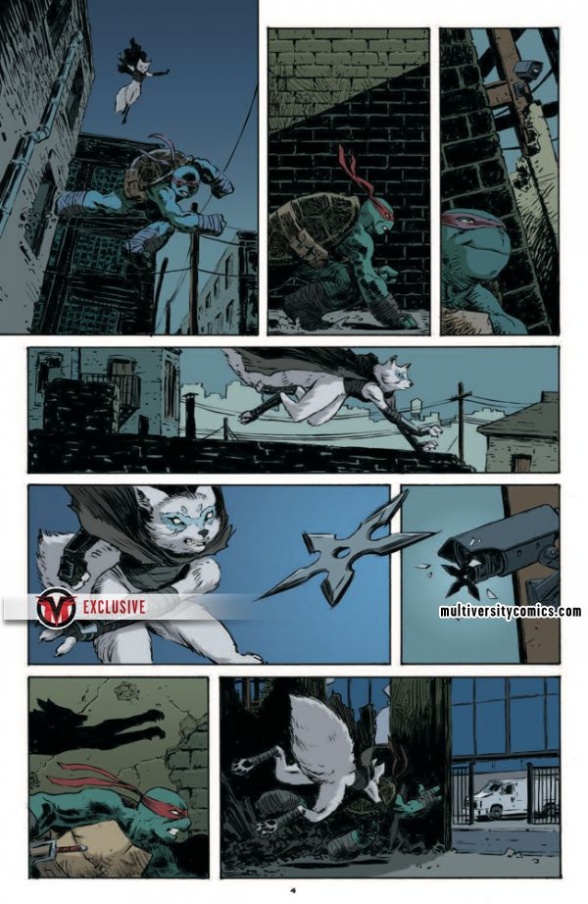 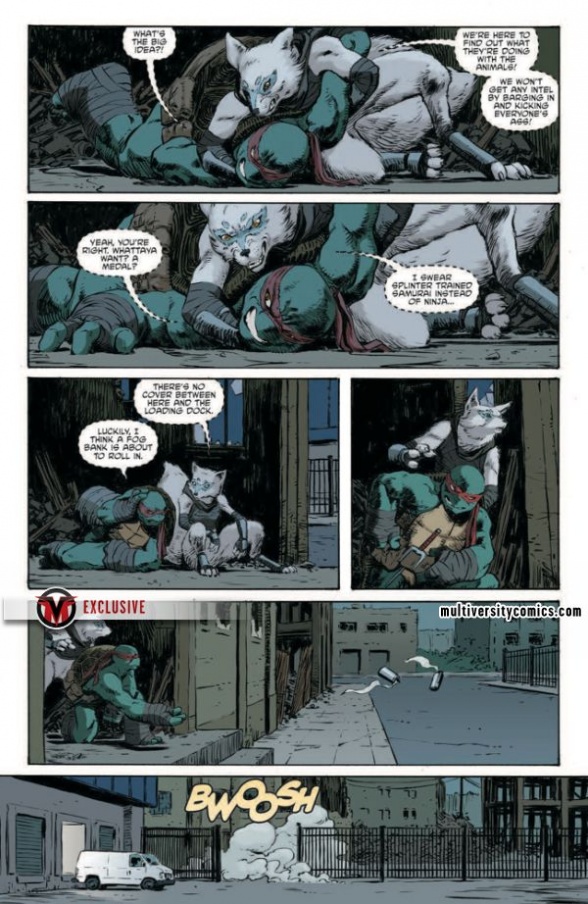