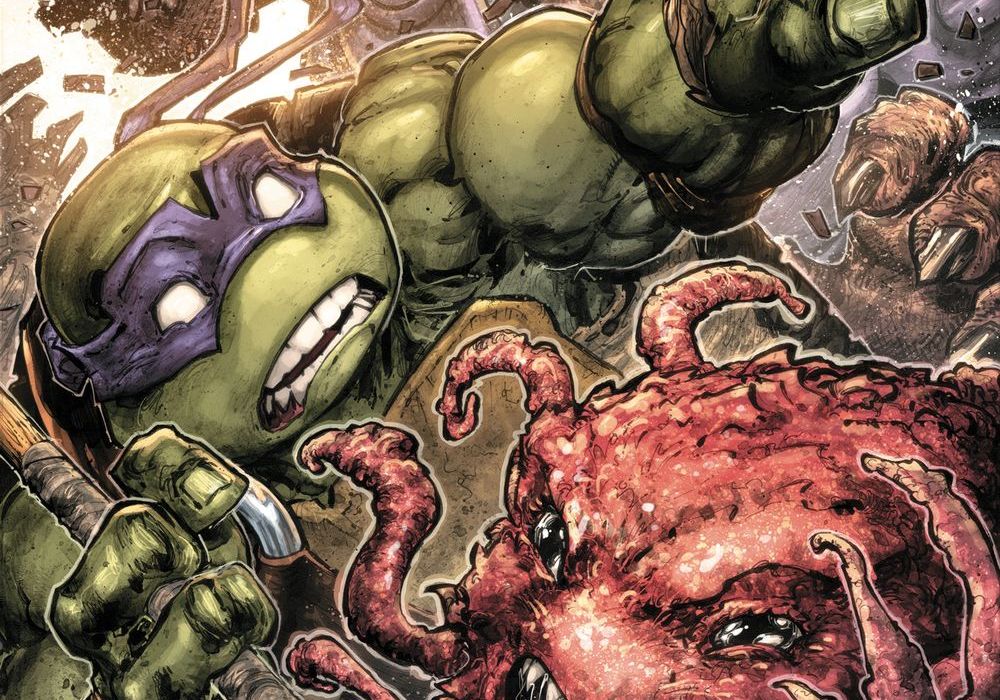 “Teenage Mutant Ninja Turtles Universe” #21 picks up after the ‘Invasion of the Triceratons’ arc, and begins ‘major story ramifications’ for the series going forward. The series, the sister series to the ‘main’ Turtles book, has been doing some really interesting stuff around the margins of the universe (no pun intended), and is working to build up the TMNT-verse as one of the richest mythologies in all of comics. We are thrilled to share an exclusive first look at “TMNT Universe” #21, due out on April 18. 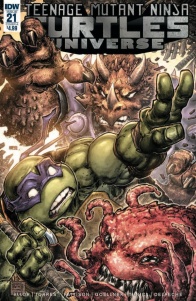 Find out what became of the Triceratons after the Invasion! Will they get along with their new neighbors or become the first victims of a new villain?

Thanks again to IDW for the preview, and make sure to pick up the issue on Wednesday! 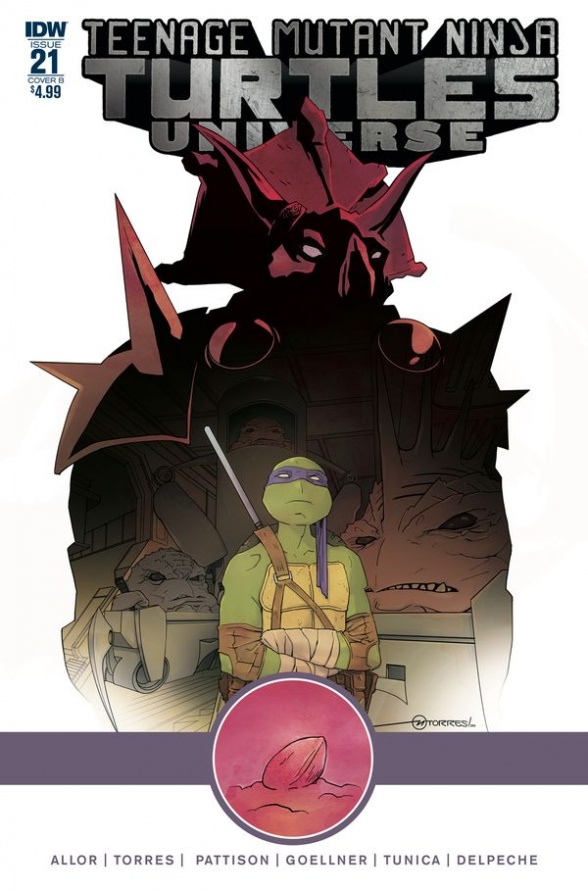 Cover B by Mark Torres 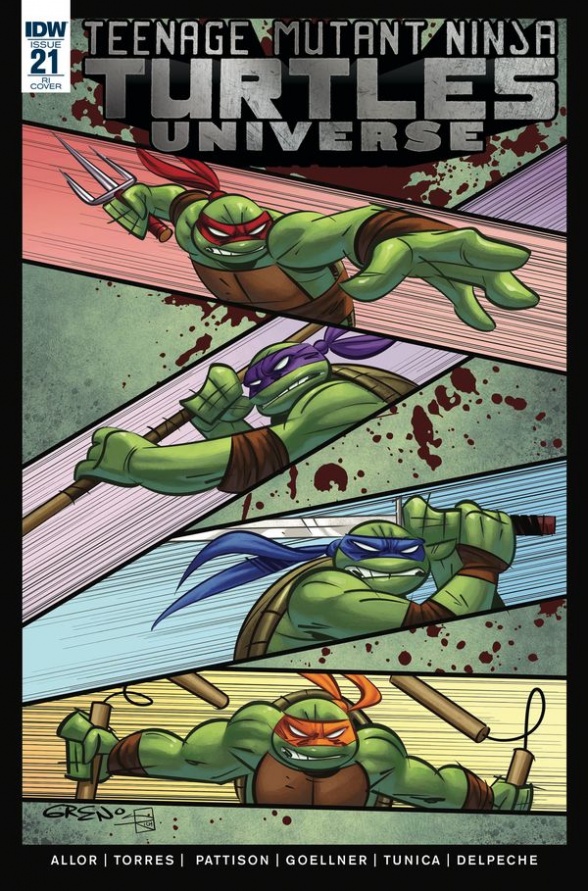 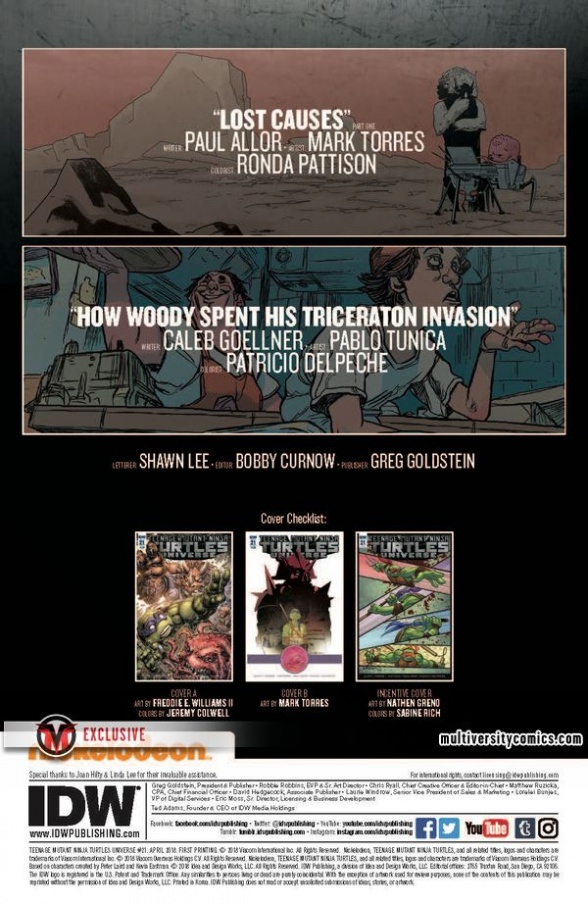 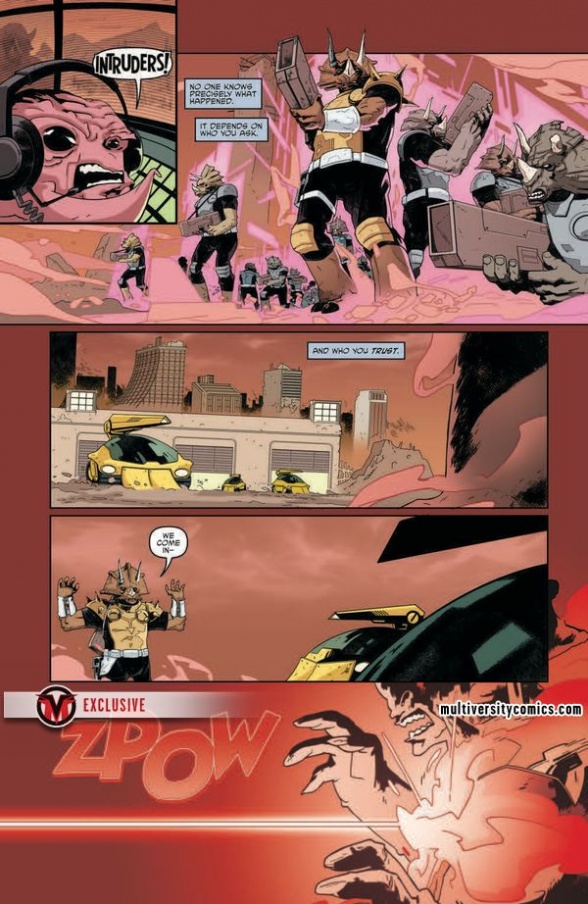 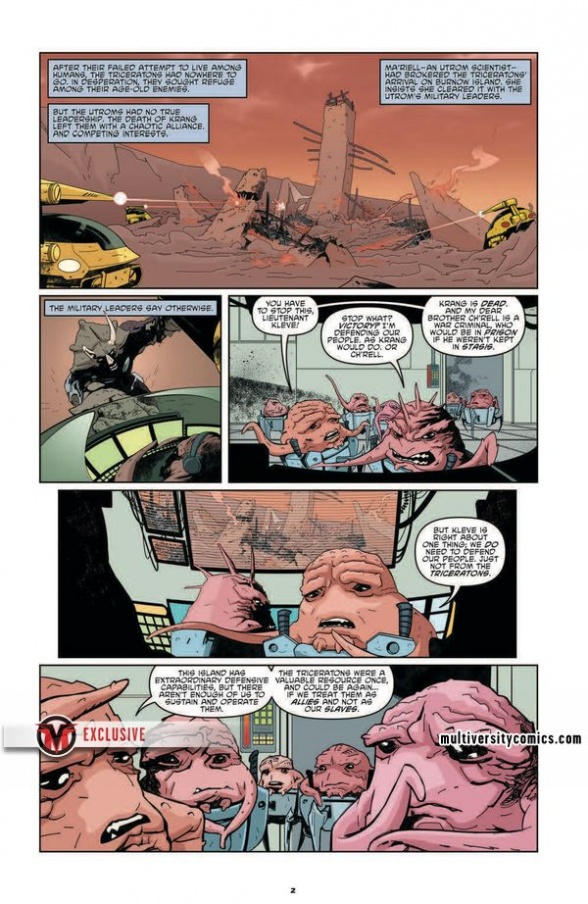 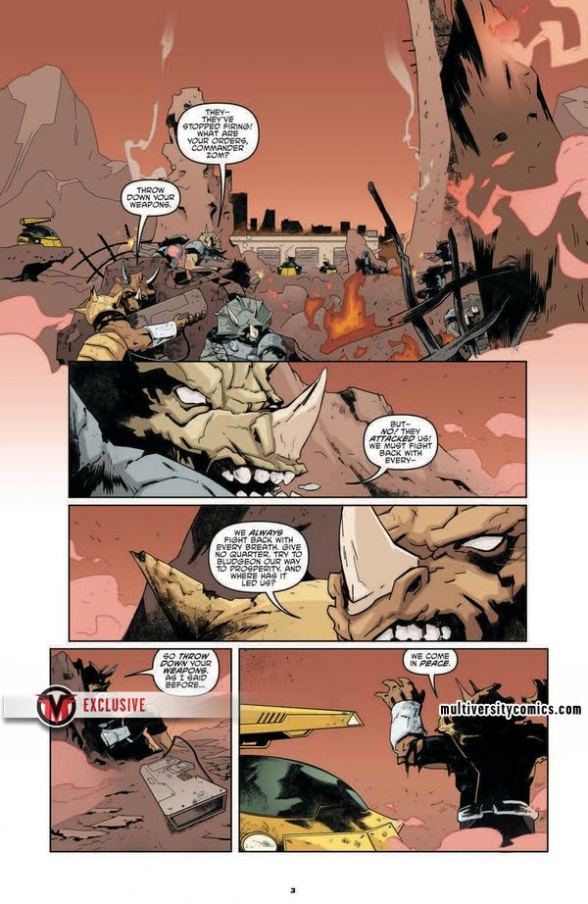 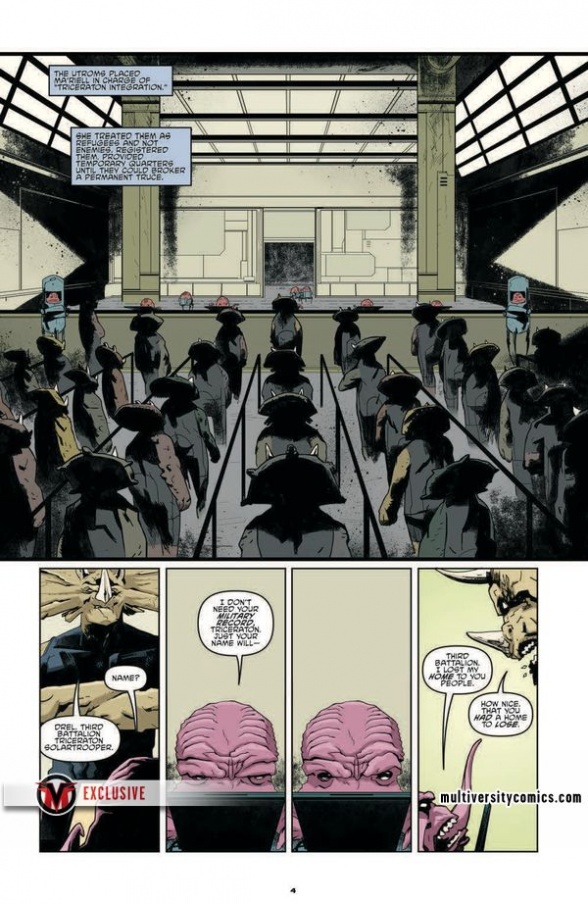 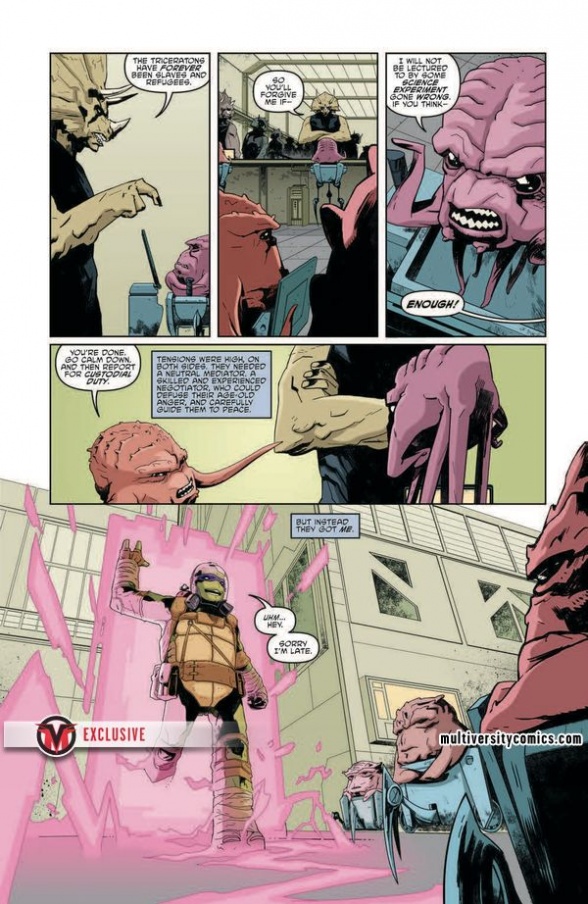