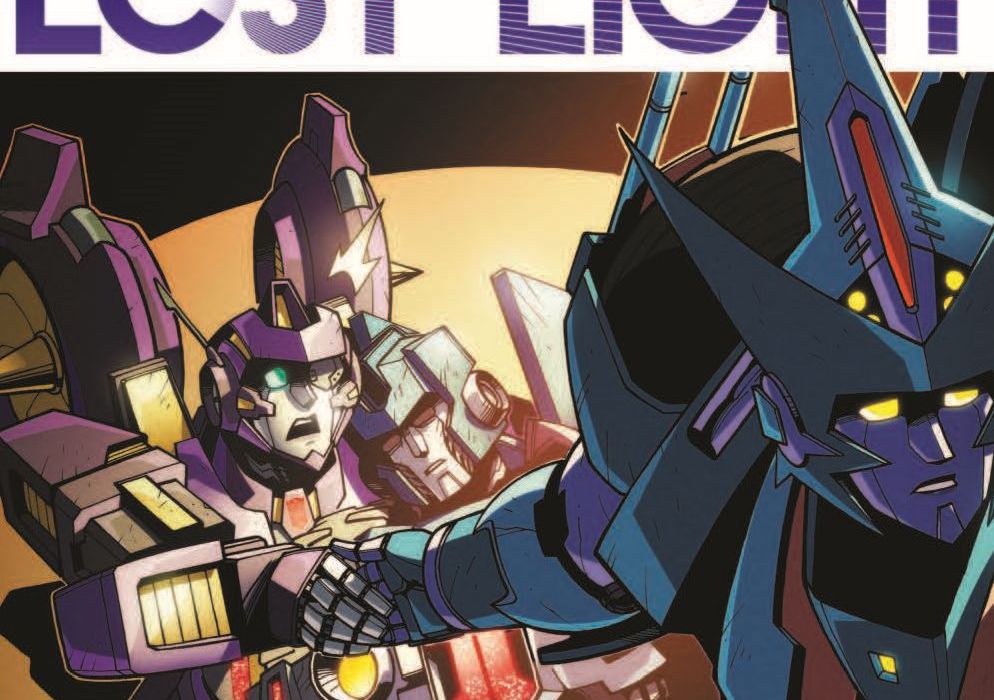 As IDW continues to refine and redefine its Hasbro line, the Transformers seem to always be the constant in the center of it. While creative teams, spin-offs, and events happen, they all seem to happen in a way that keeps the tonal core intact. These comics have a style that varies from book to book, but what doesn’t is the consistent quality, leading to the almost unquestionable belief that this is the golden era of Transformers comics. “Transformers: Lost Light” is, perhaps, the most critically acclaimed of any Transformers book, and we are thrilled to share an exclusive first look at the ninth issue, which is due out on September 13. 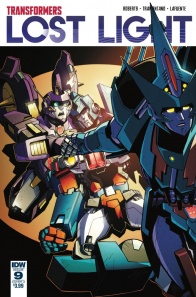 All sides converge on Troja Major as the race to unlock the secrets of a unique Cybertronian reaches its desperate, violent conclusion. As old secrets are revealed, Nautica must pay the ultimate price—by resorting to the ultimate currency.
FC • 32 pages • $3.99

Thanks to IDW for the preview, and make sure to pick up the issue on Wednesday. 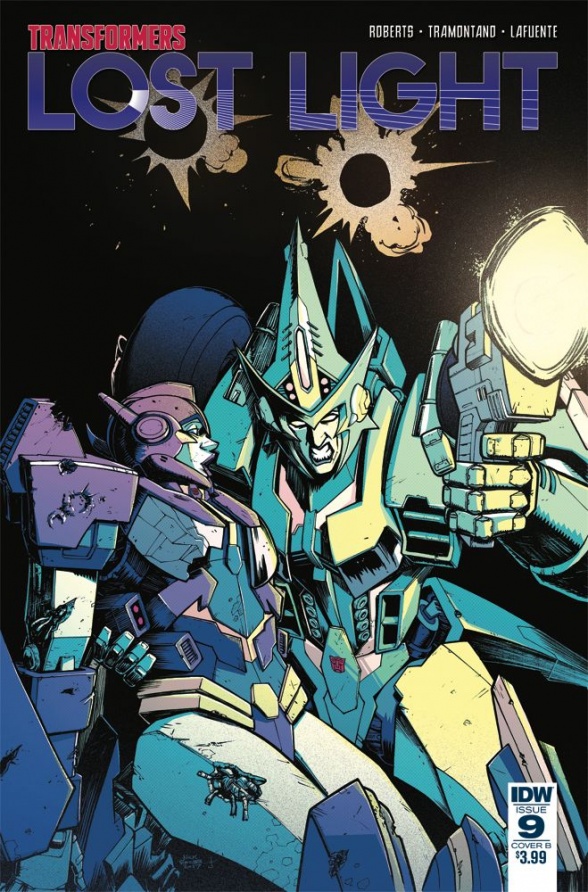 Cover B by Nick Roche 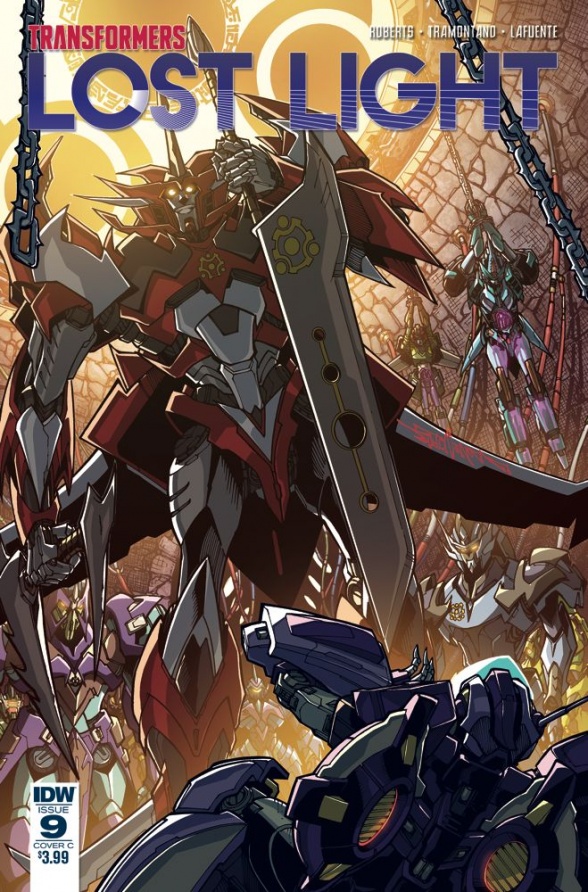 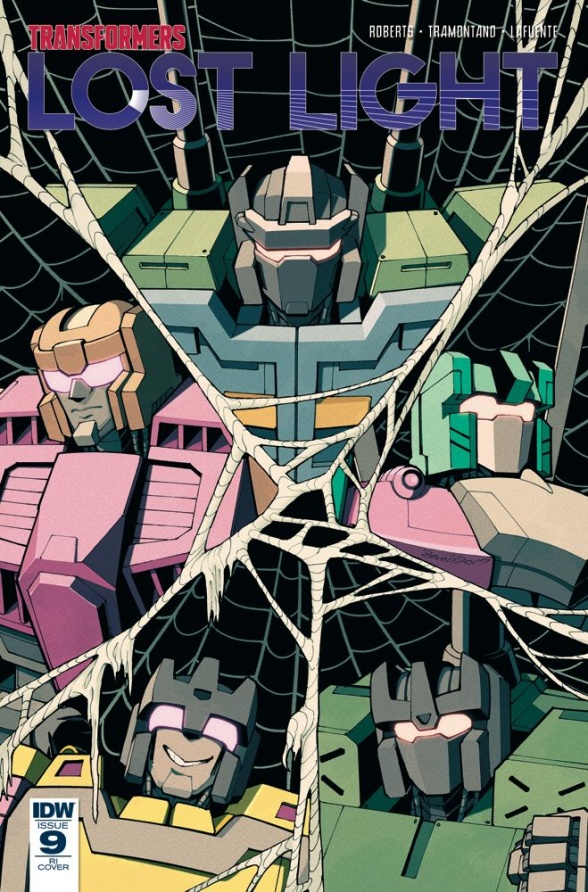 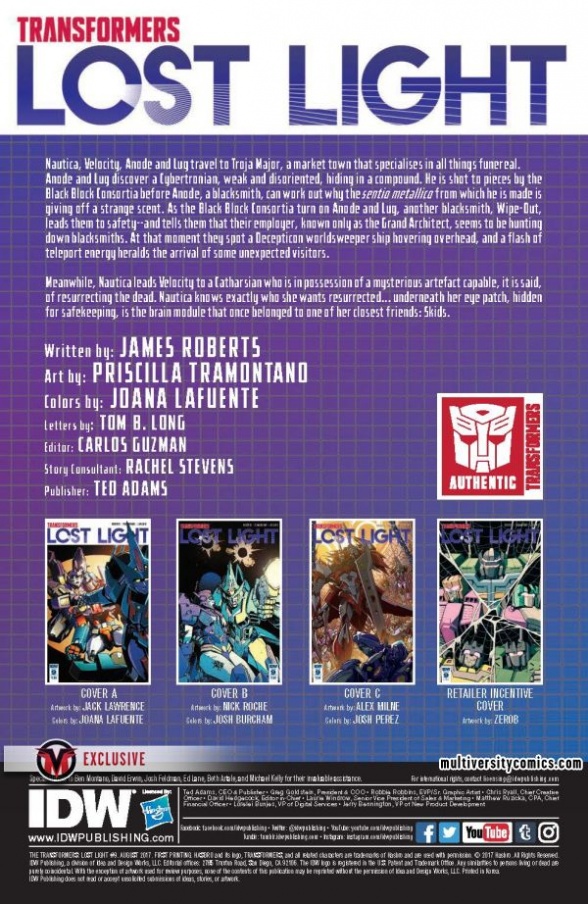 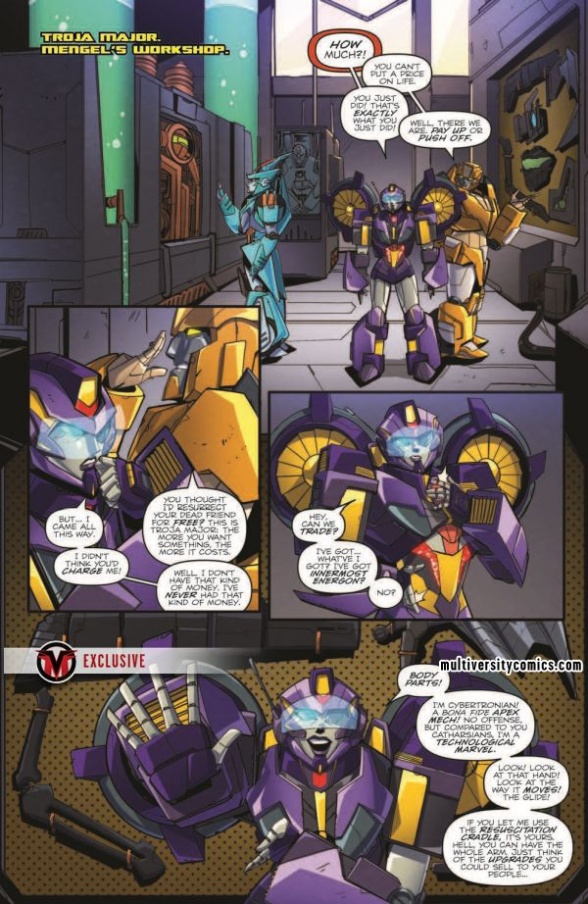 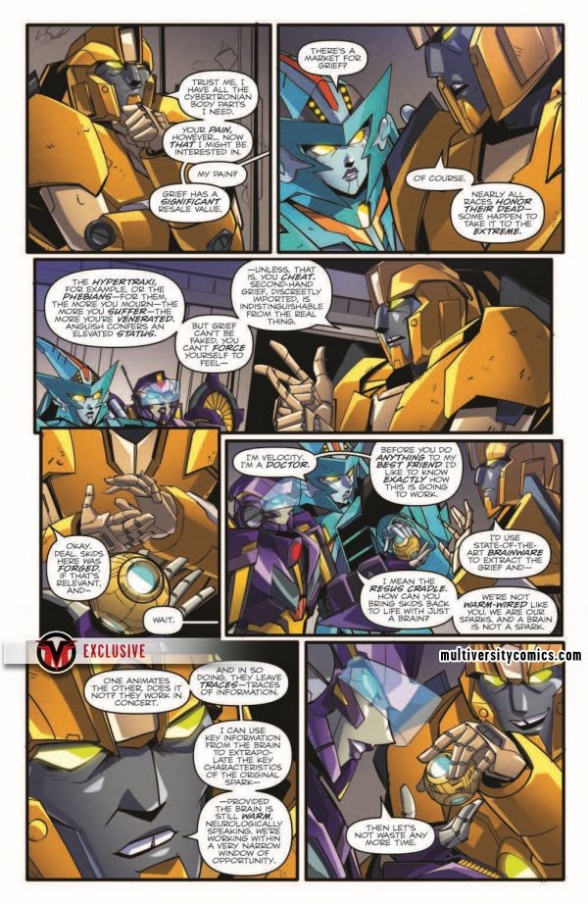 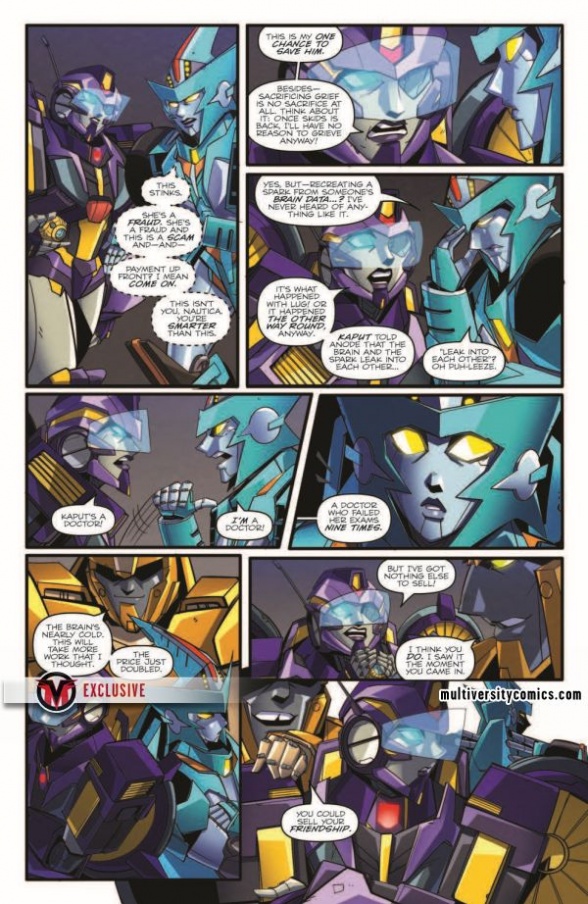 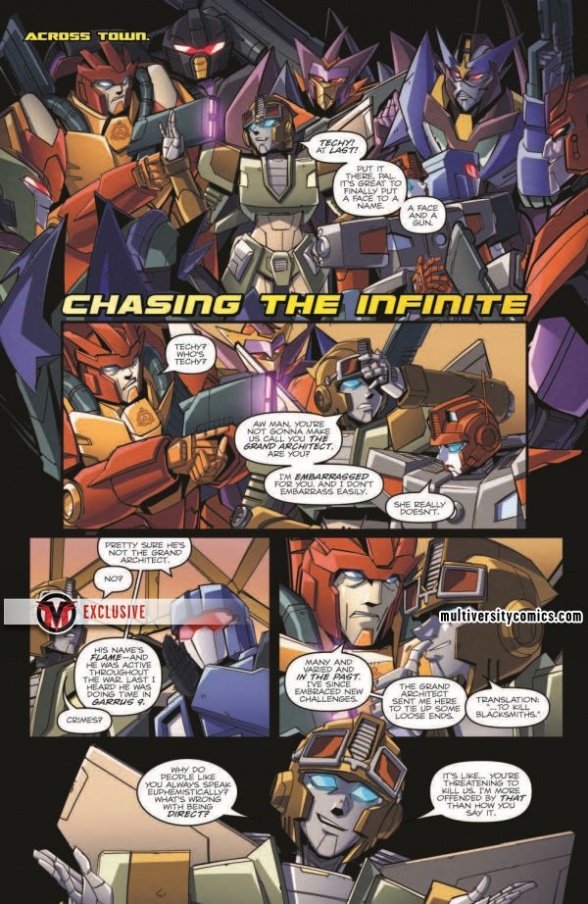 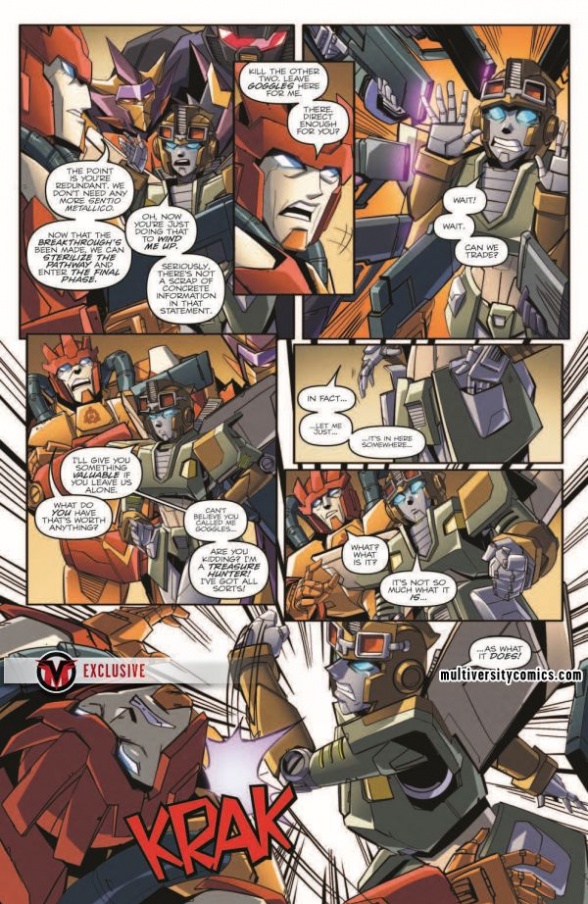