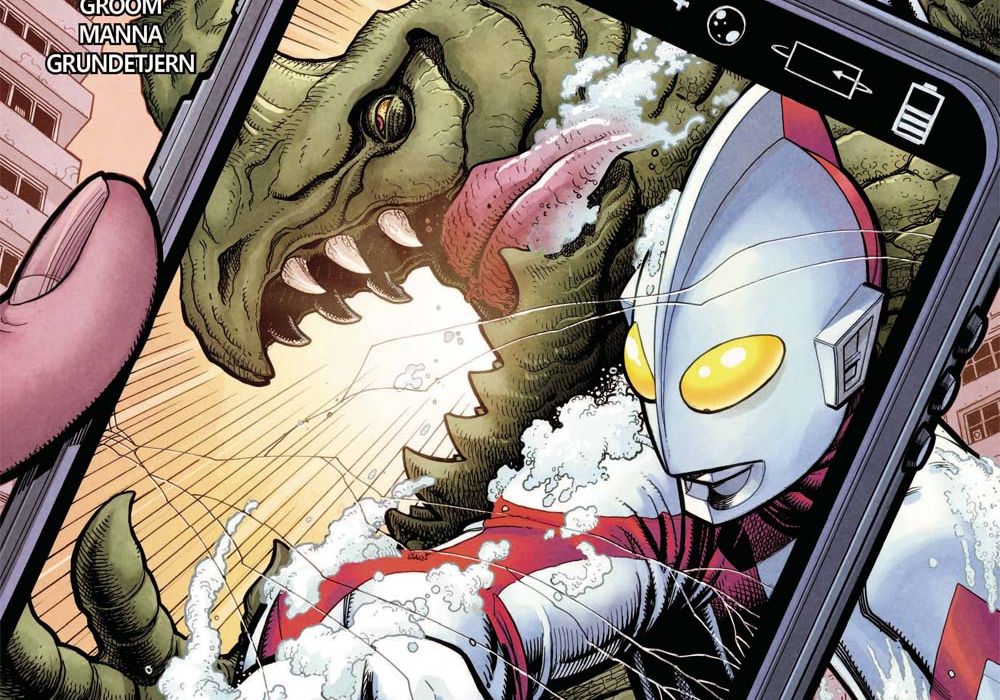 Next week marks the release of Marvel’s “The Trials of Ultraman” #3, the midway point of Kyle Higgins, Mat Groom and Francesco Manna’s second miniseries reimagining the venerable Japanese superhero for a new audience. We are pleased to present an exclusive preview, which continues the battle between United Space Patrol agent Shin Hayata — and his alien counterpart Ultra — with a robotic kaiju. 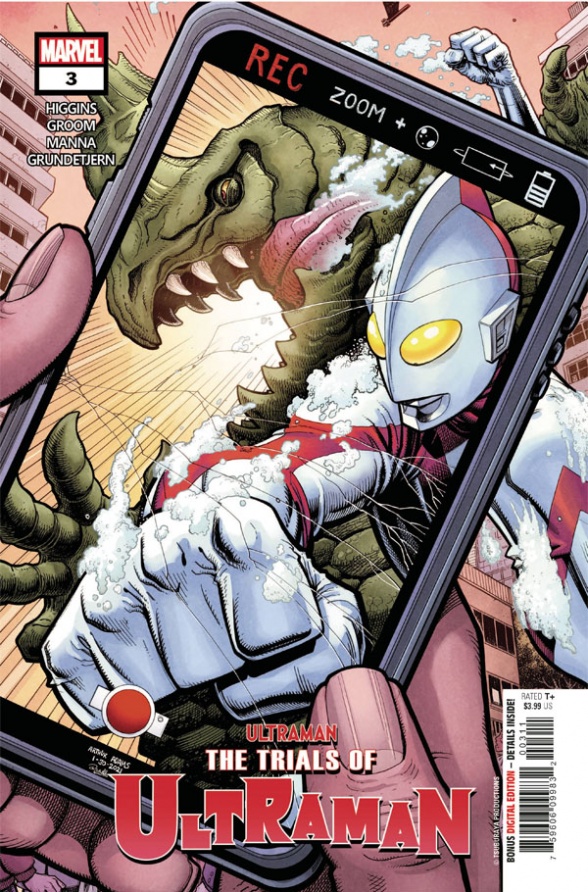 It turns out that the forces aligned against the USP and Ultraman are far more widespread — and more organized! — than our heroes had ever suspected. If they’re going to survive, they’ll need a new ally of their own… and the man they’re looking at just so happens to be one of the most powerful and influential people in the world. But what’s his history with the USP, and why does he seem to have his own hidden agenda?

Thanks to Marvel for the preview, and make sure to pick up the book – either safely in a store, or digitally – next week! 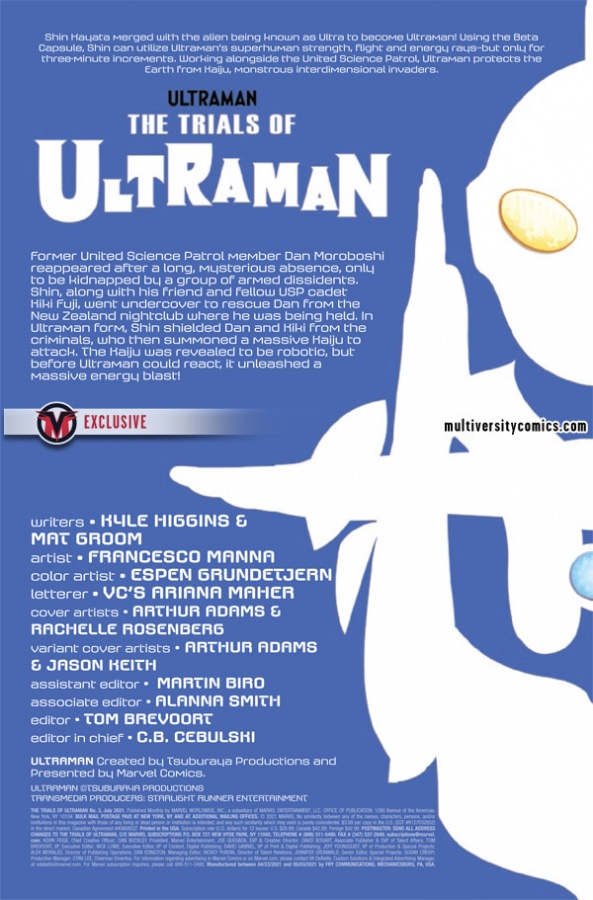 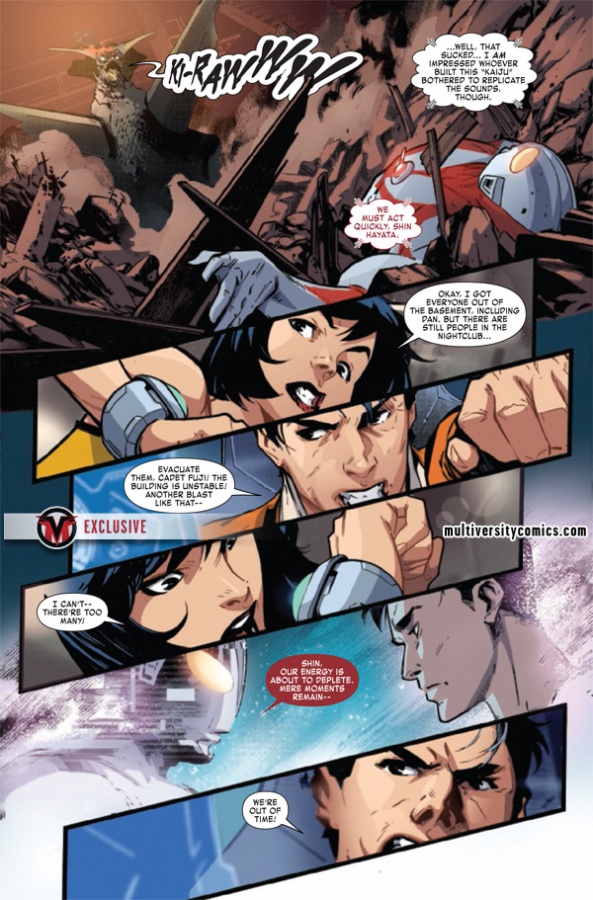 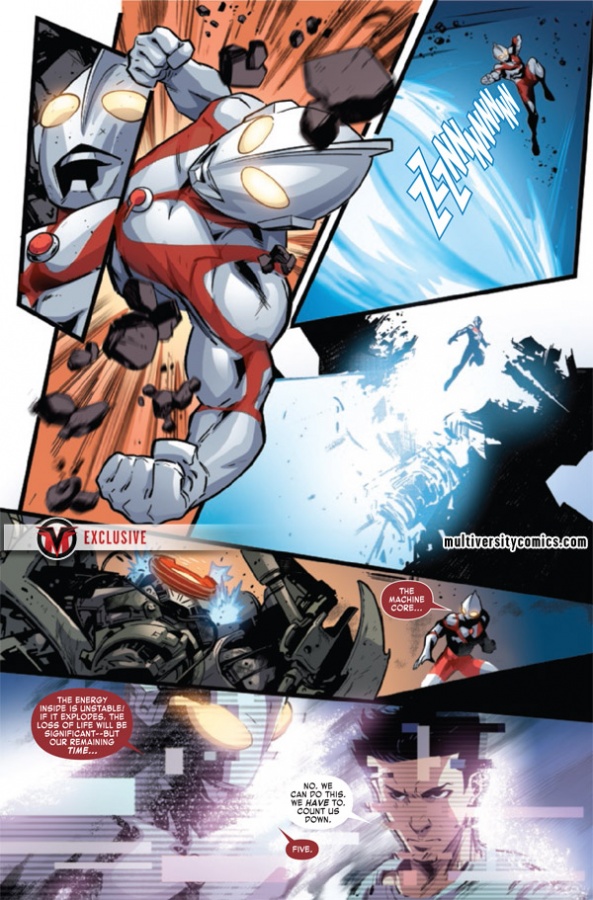 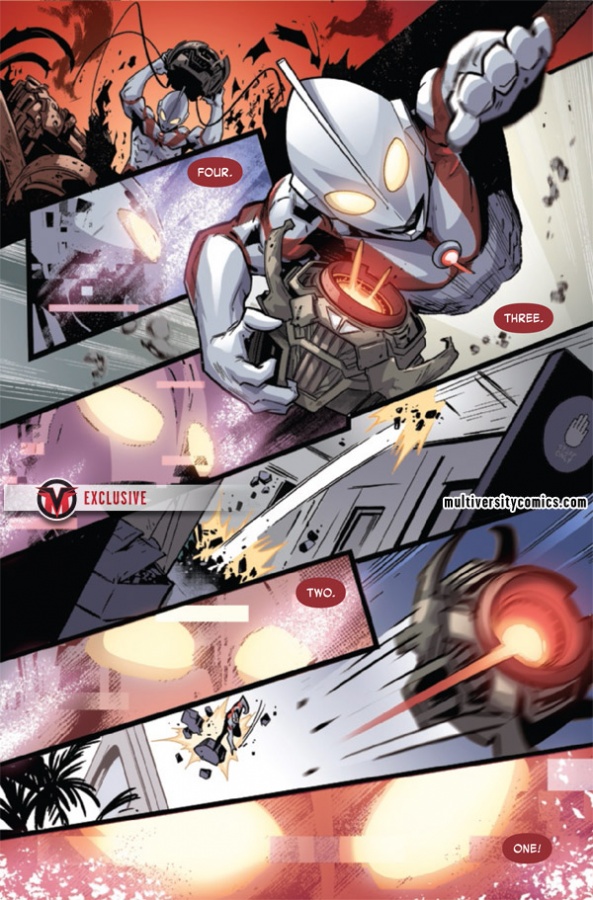 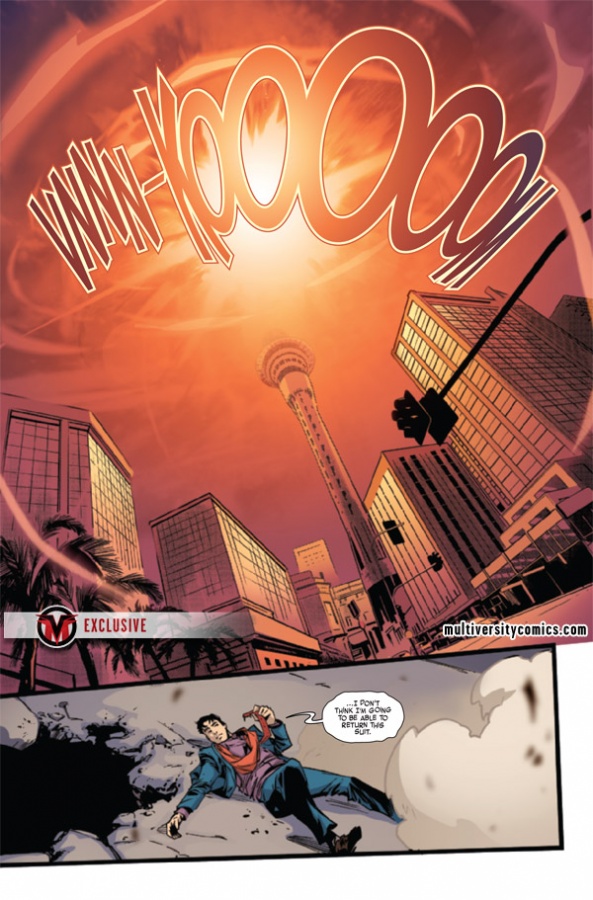