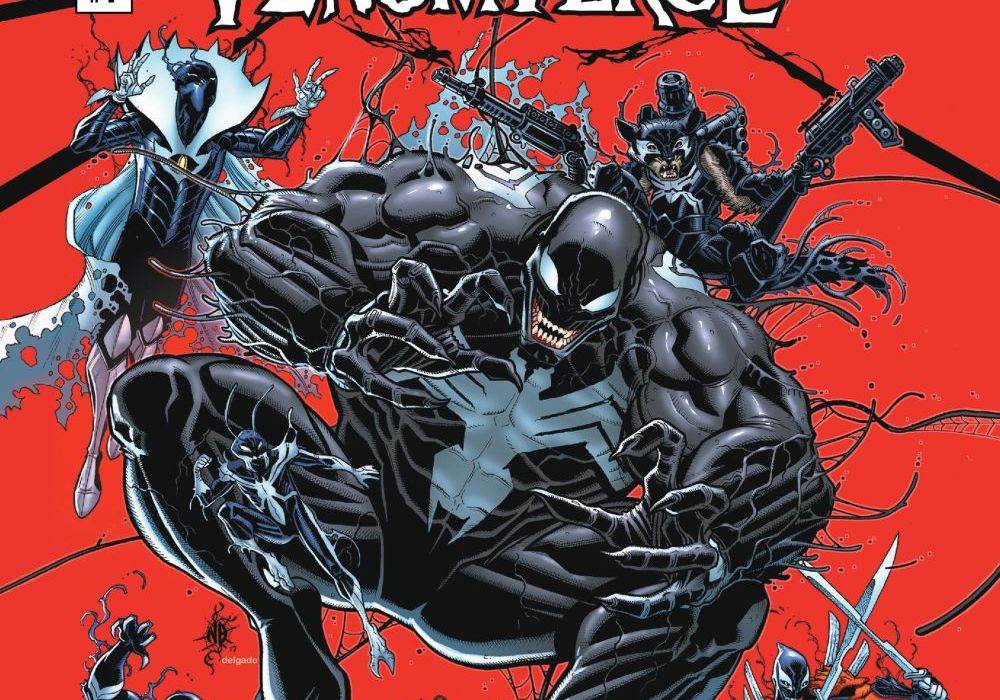 2017 has been a banner year for Venom – the titular title was the first to get the legacy numbering restored, Eddie Brock is back, and ‘Venomverse’ is a heavily anticipated crossover. Cullen Bunn has firmly ensconced himself as Marvel’s go-to Venom writer, and here, he essentially Venom-izes the entire Marvel Universe. After the “Edge of Venomverse” mini and the accompanying “Venomverse War Stories” book, we are getting a ton of symbiote stories – a dream come true for folks like me who came of age in the height of the Venom/Carnage mania. We are thrilled to share an exclusive first look at the first issue of the series, which comes out on September 6. 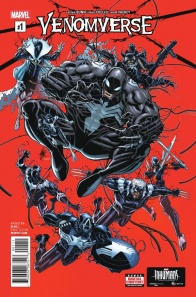 THE VENOM EPIC OF THE FALL STARTS HERE! During a routine battle with the villainous Jack O’Lantern, Venom finds himself transported to a far-off world and learns a terrible truth – a deadly new species called the Poisons has emerged from the vastness of space, and to make matters worse, they’re hunting Venoms! Trapped on the planet’s surface with a ragtag band of Venomized heroes, Eddie has no choice but to mount a counteroffensive and hope to find a way home! 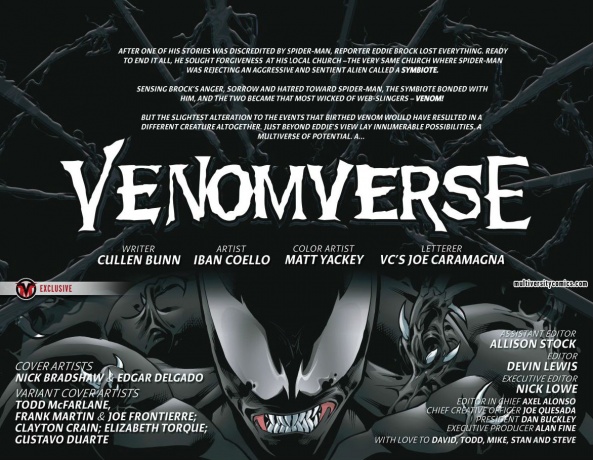 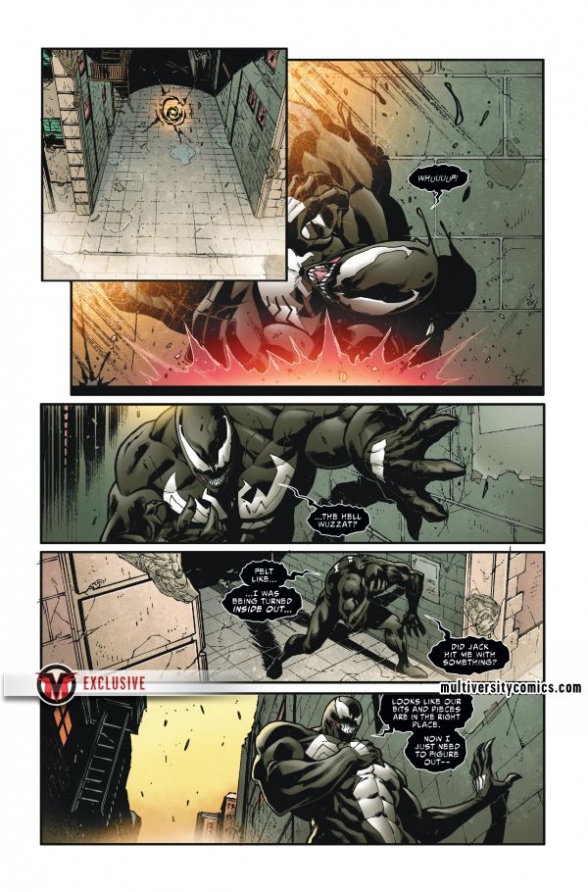 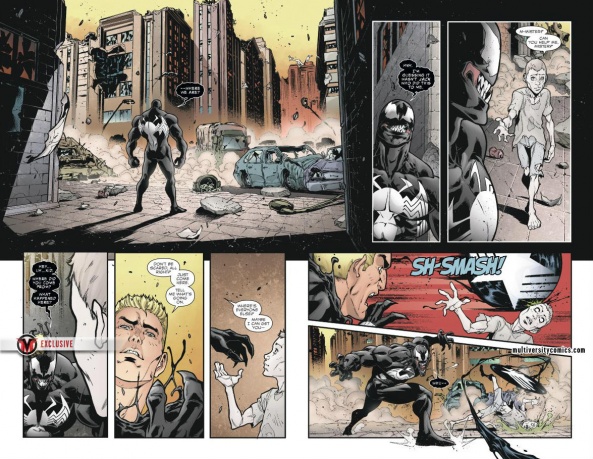 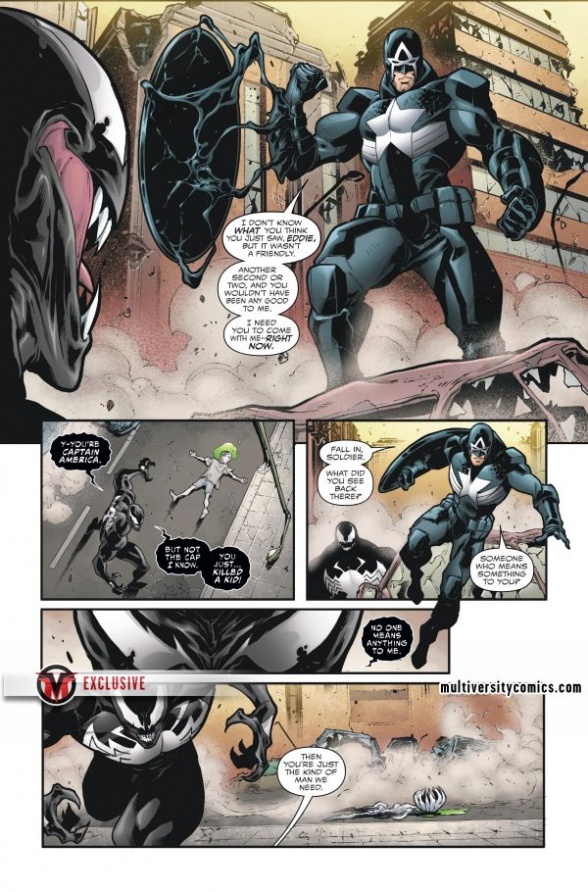