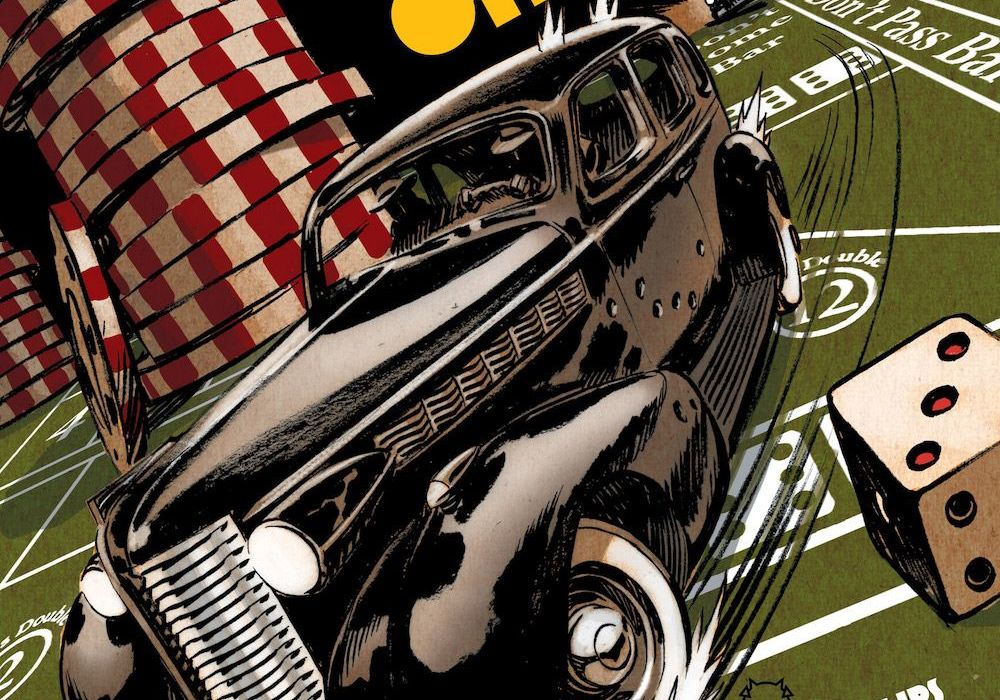 Over the past few years, Stephanie Phillips (“Harley Quinn,” “The Butcher of Paris”) has emerged as one of the breakout stars of comic writing. Her comiXology Origianls series, “We Only Kill Each Other,” is illustrated by Peter Krause (“The Power of Shazam,” “Irredeemable”), colored by Ellie Wright (“The Black Ghost,” “The Necromancer’s Map”), and lettered by Troy Peteri (“Haunted,” “The Magdalena”). The third issue comes out next week, and we’ve got an exclusive first look at the issue today.

The year is 1938. The threat of World War II looms over the United States, where Nazi sympathizers and fascists have taken root on American soil in alarming numbers. In New York City, resistance to the American Nazi movement grows amongst the ranks of Jewish-American gangsters. Enter Jonas Kaminsky, a rising small-time gangster who’s embroiled in a turf war with Levi Solomon, an old-time mob boss with millions tied up in gambling and booze. When thrown together in an unexpected circumstance, it turns out that the one thing these gangsters hate more than each other is Nazis.

Thanks to comiXology for the preview, and make sure to check out the book next week! 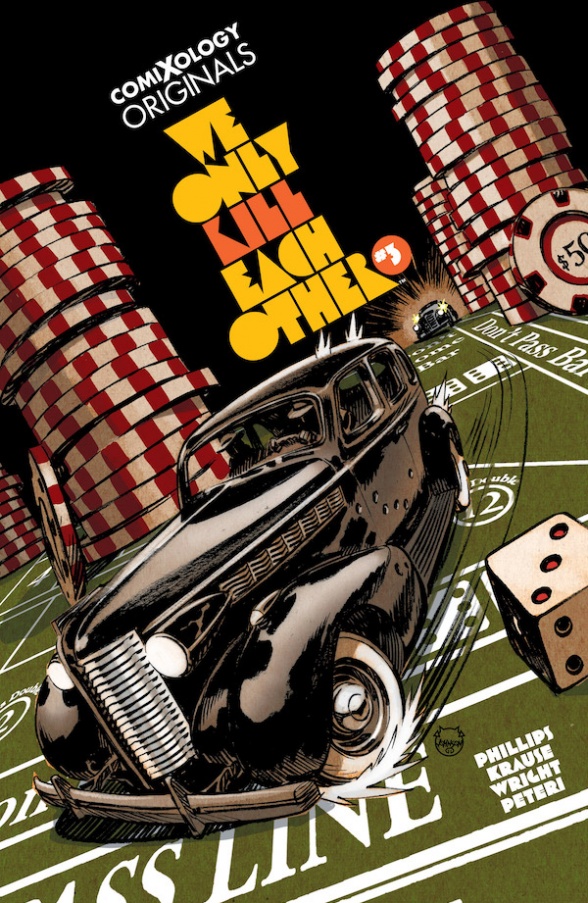 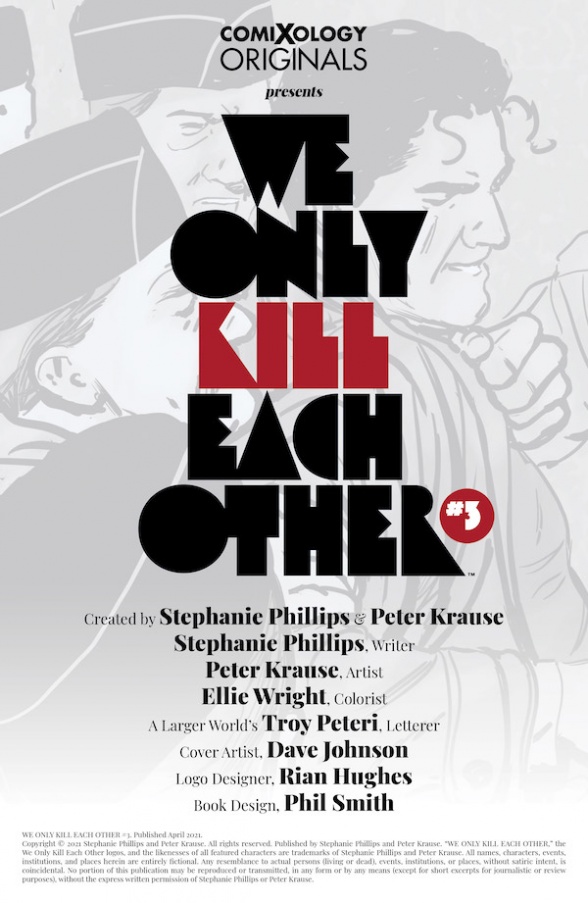 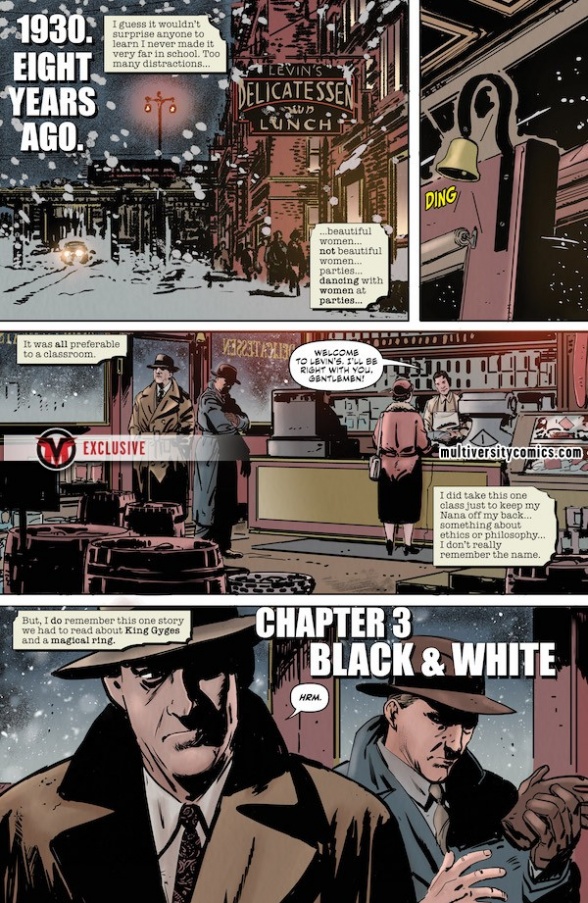 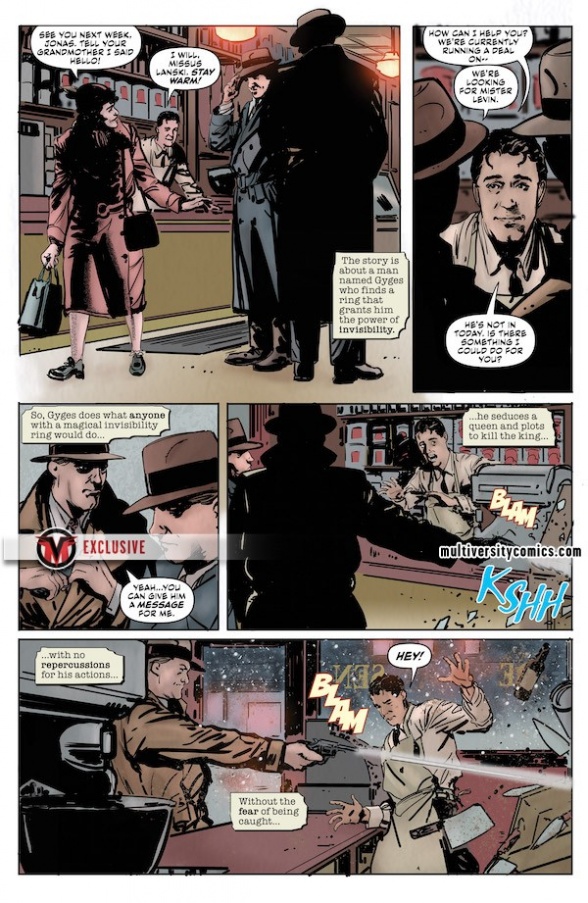 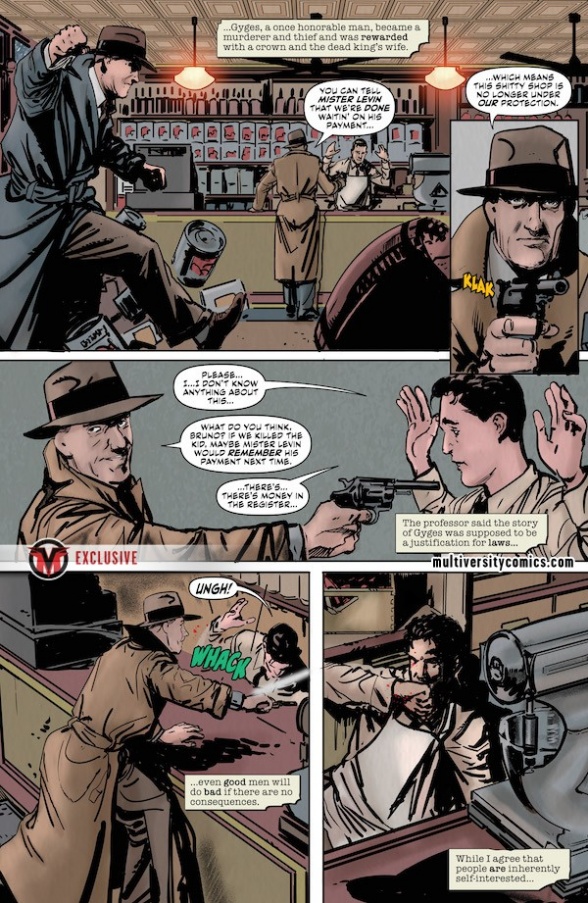 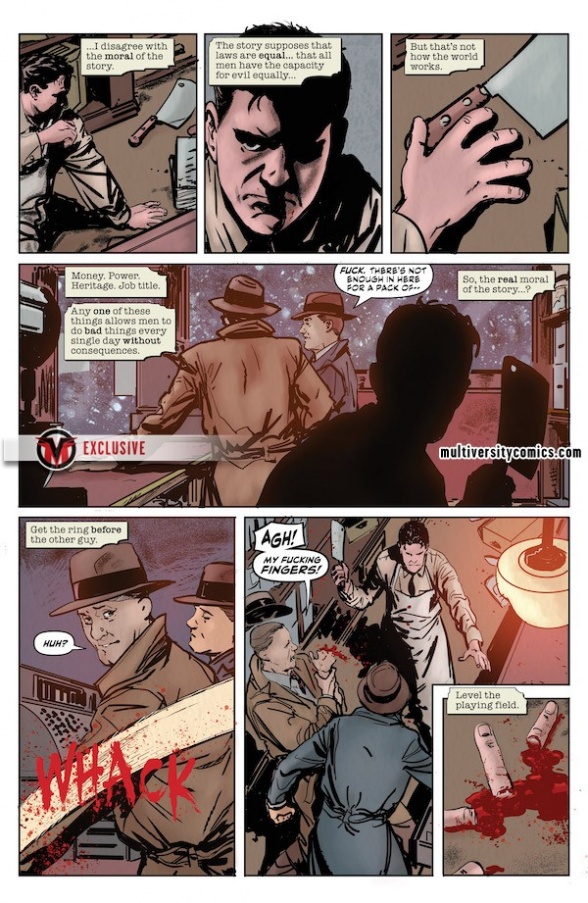 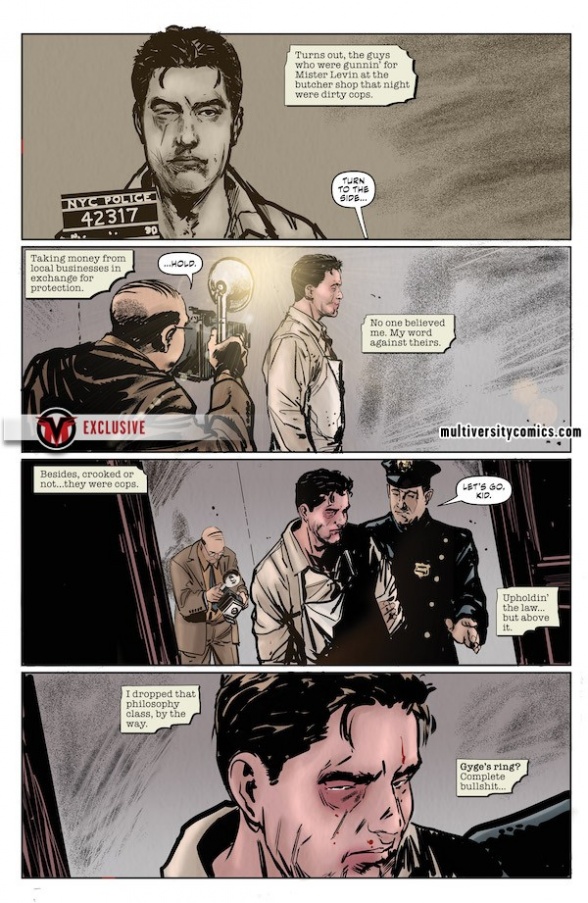