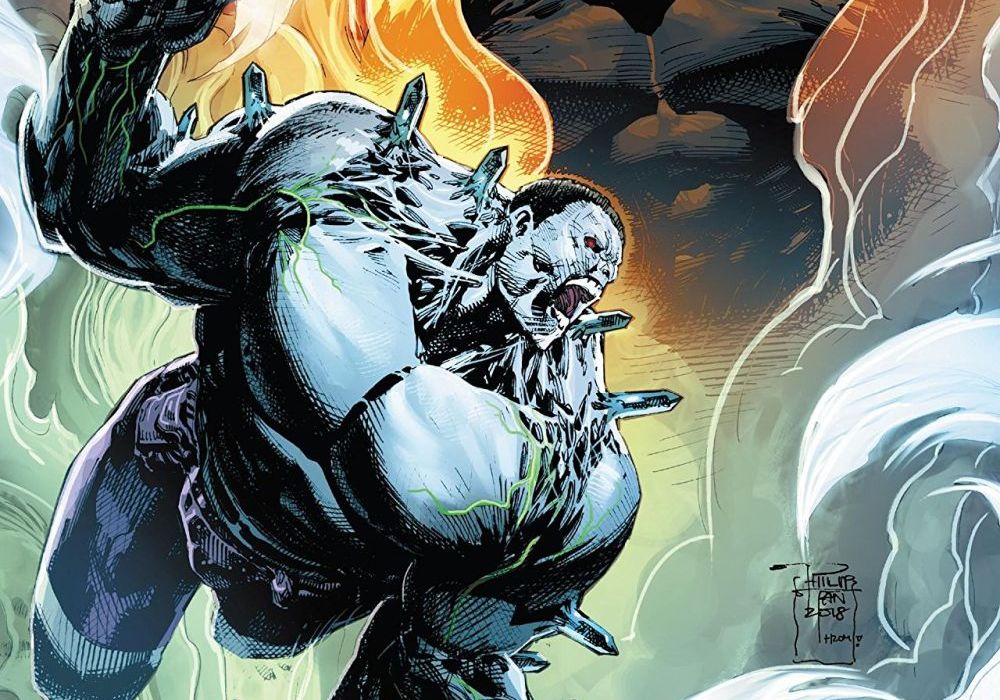 In the annals of important Hulk writers, Greg Pak has a special place. One of the creators that has most shaped and grown Hulk mythology, Pak particularly is adept at creating new characters that expand the Hulk mythos. First Amadeus Cho, and now Clayton Cortez, aka Weapon H. Cortez’s solo series ends this month with #12, before transitioning into the three issue “Hulkverines” miniseries, also written by Pak. We are thrilled to share an exclusive first look at the final issue of “Weapon H,” which hits stores on January 30th. 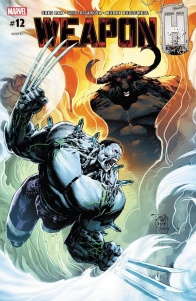 WEAPON H VS. THE MINOTAUR! It’s no secret that Roxxon Corporation is run by a monster. But Weapon H is about to find out how literal that is. With Morgan Le Fay gone wild and Roxxon’s resources in peril, Dario Agger gets personally involved — and that’s bad news for Clay and his team! Not to mention the wife and family he left behind on Earth… 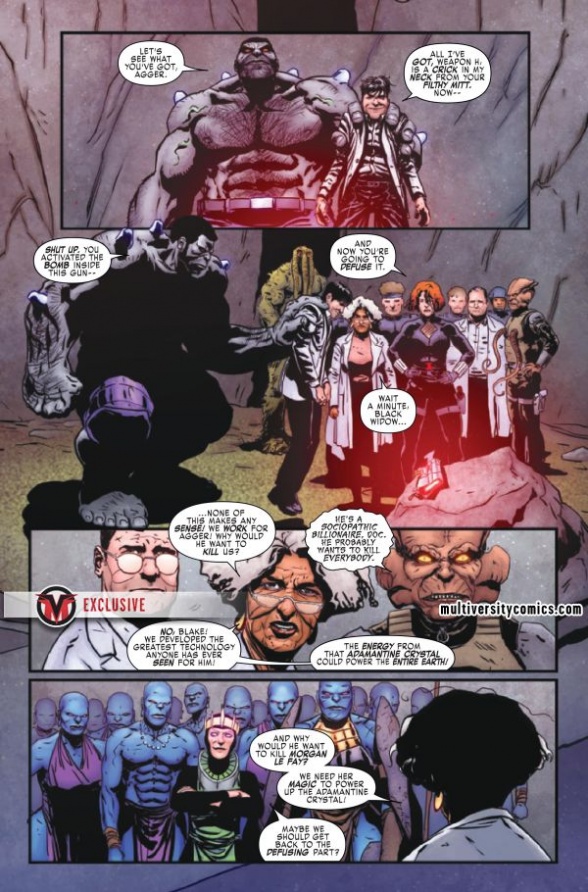 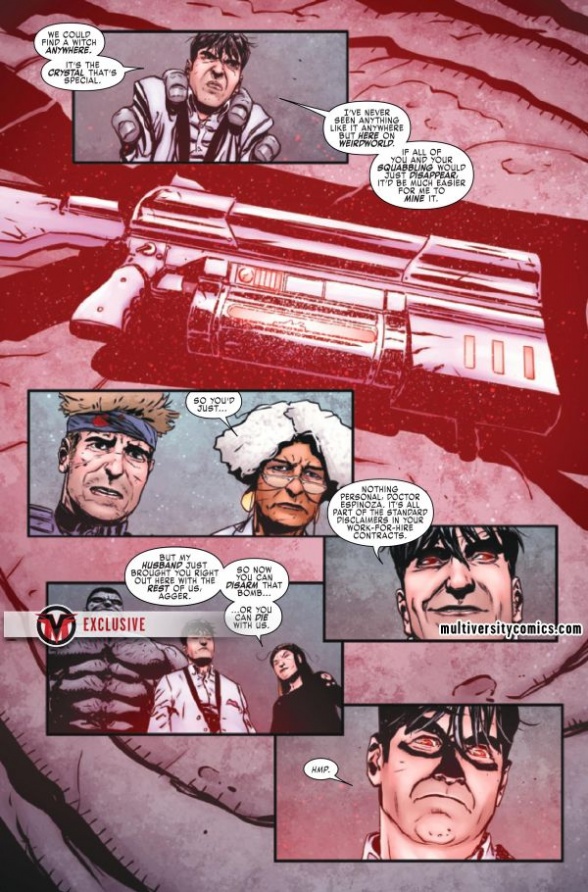 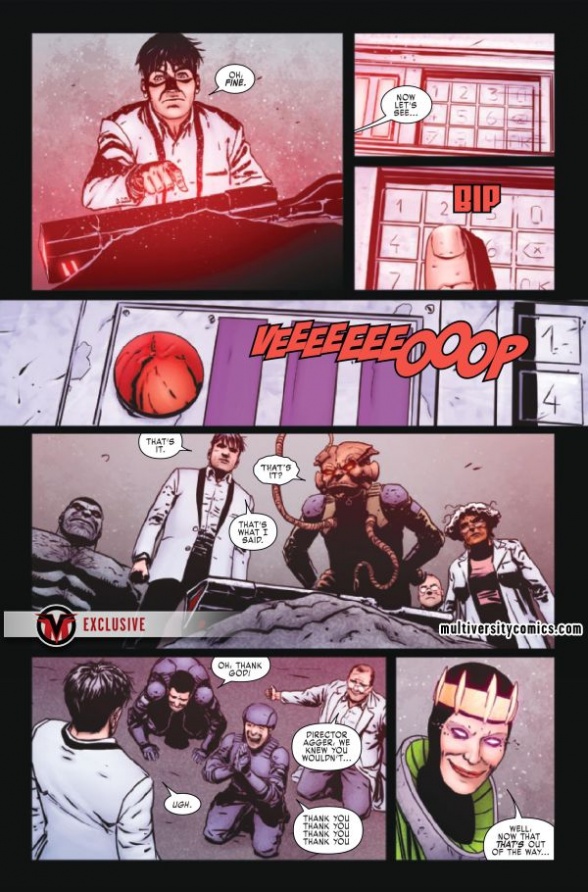 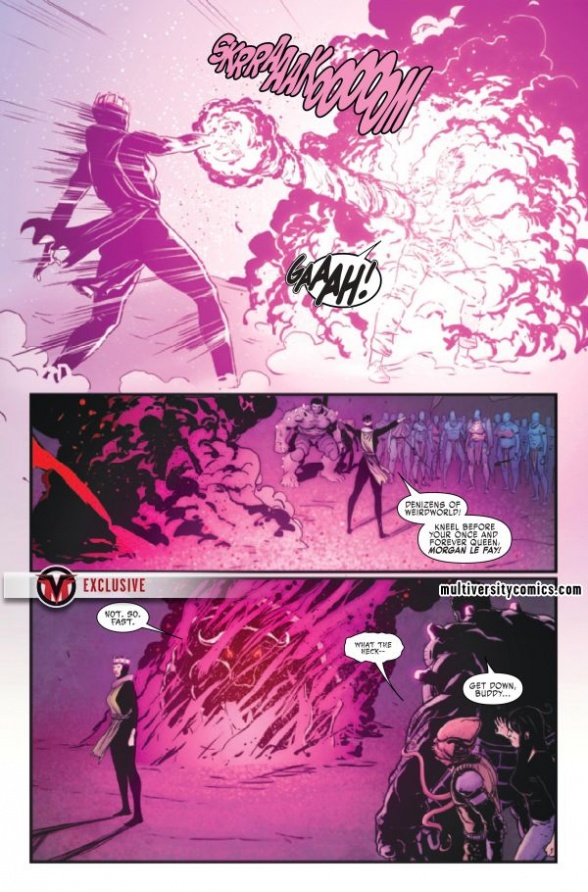 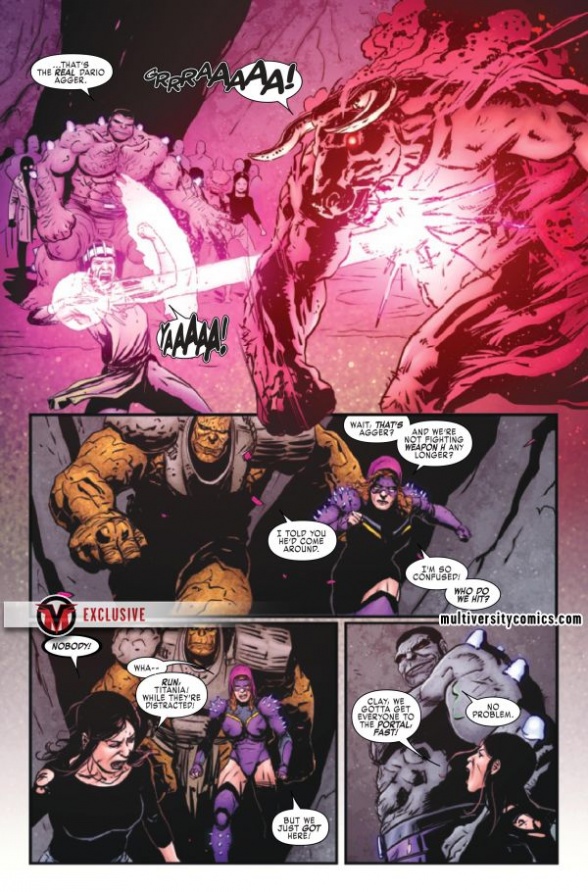