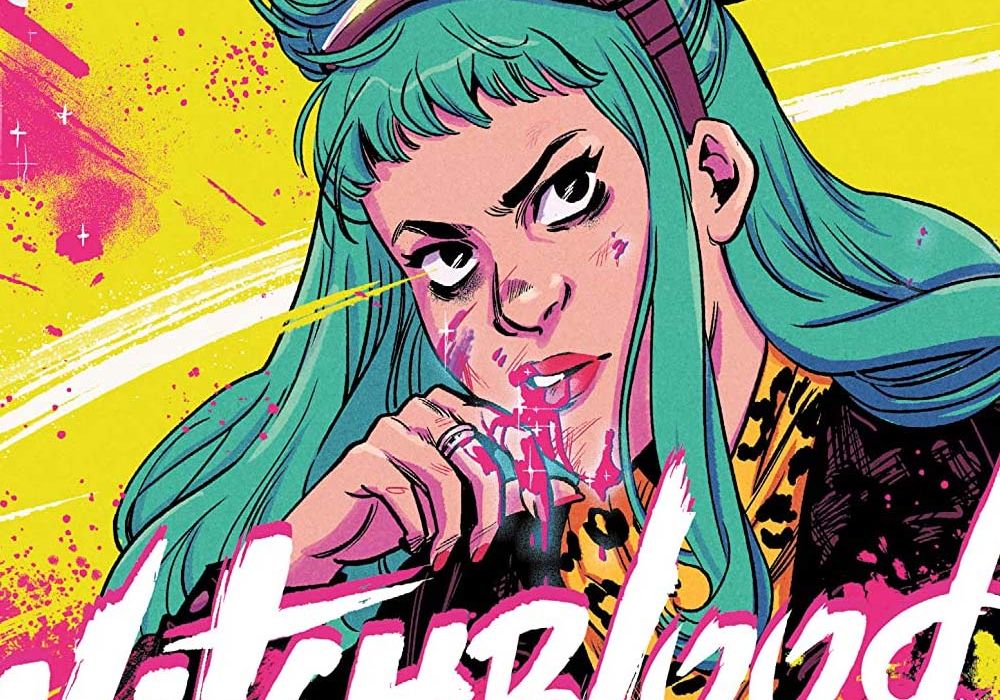 Writer Matthew Erman and artist Lisa Sterle earned rave reviews — and a TV deal with The Witcher writer/producer Jenny Klein — for their first series, the Southern Gothic horror comic “Long Lost.” Now they’ve reteamed at Vault Comics for “Witchblood,” a vampiric witch saga the husband-and-wife team are calling a “neon-soaked supernatural battle fantasy road trip adventure,” aimed at anyone who’s “ever wanted your Cowboy Bebop cut with the energy of Wild at Heart.” We are proud to present an exclusive, nine-page preview of this week’s first issue. 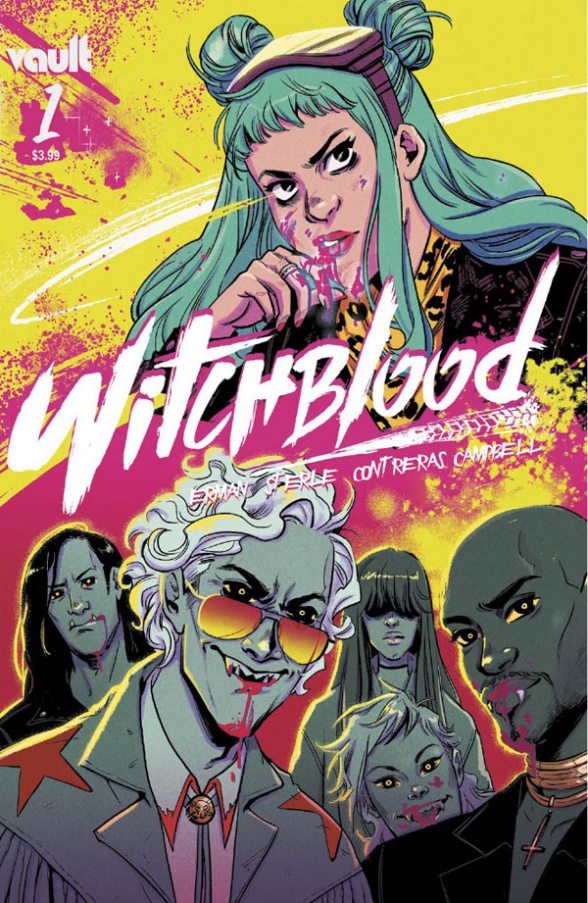 A modern, Wild West road trip about a witch named Yonna cruising the Southwest as a band of bloodthirsty biker vampires, The Hounds of Love, hunt her scattered coven for the source of all magic: witch blood. From the critically acclaimed creators of The Modern Witch Tarot Deck and “Long Lost” comes WITCHBLOOD, a blend of action, lore, and Americana-perfect for fans of Buffy and American Gods.

Thanks to Vault for the preview, and make sure to pick up the book – either safely in a store, or digitally – on Wednesday! 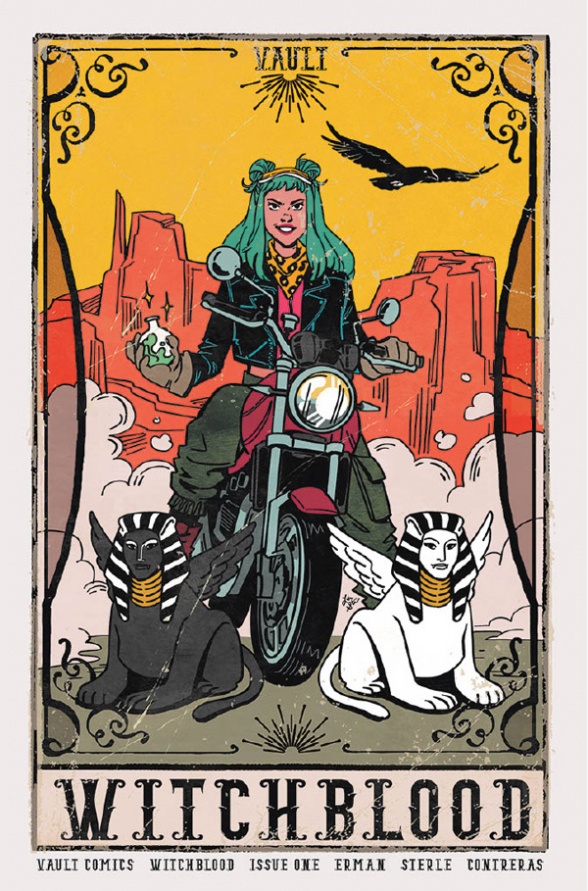 Cover B by Lisa Sterle 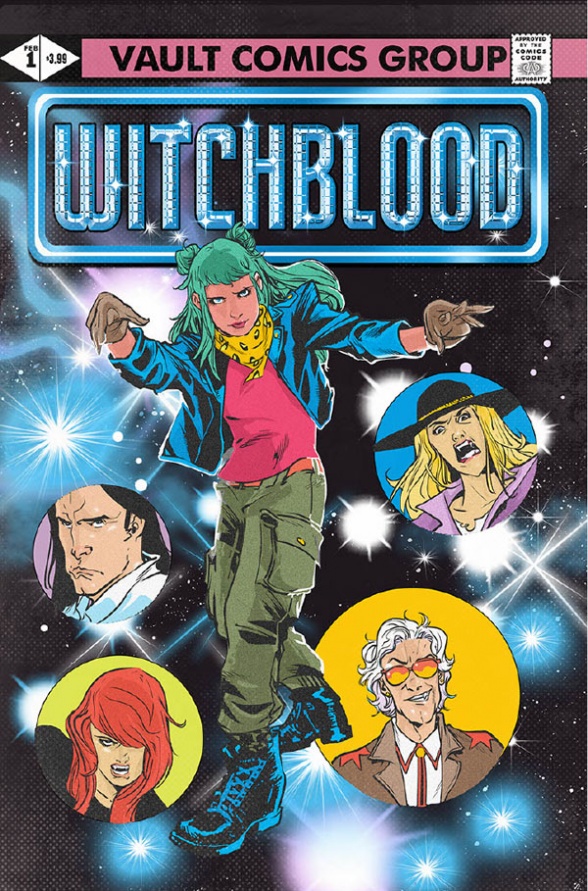 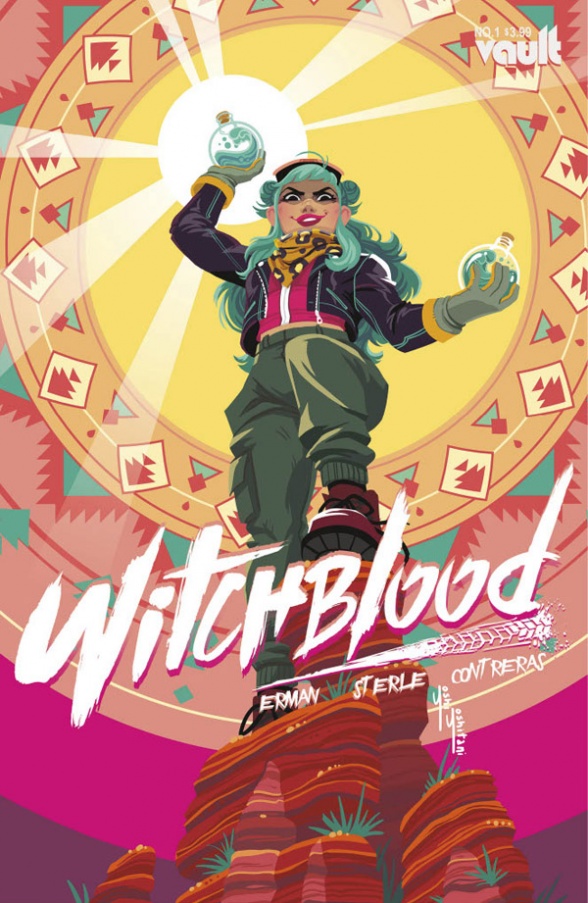 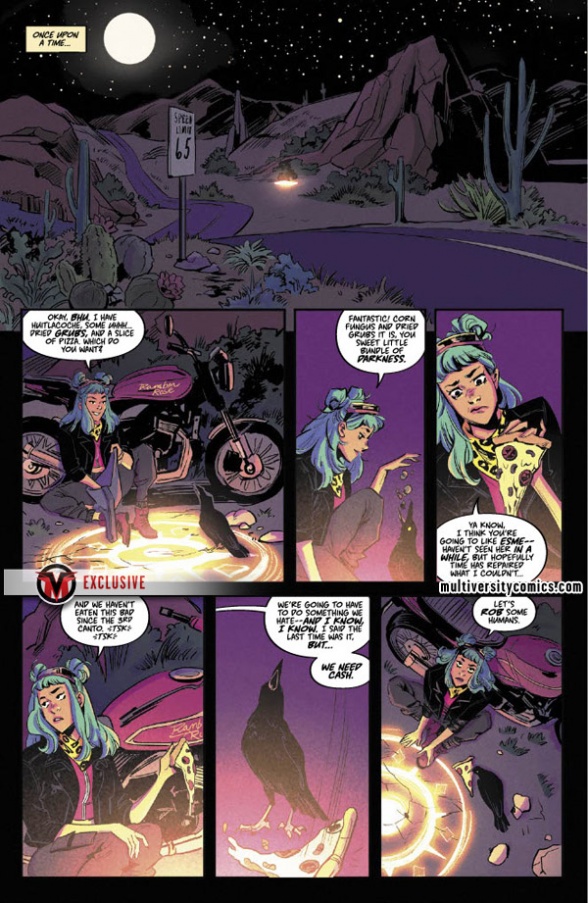 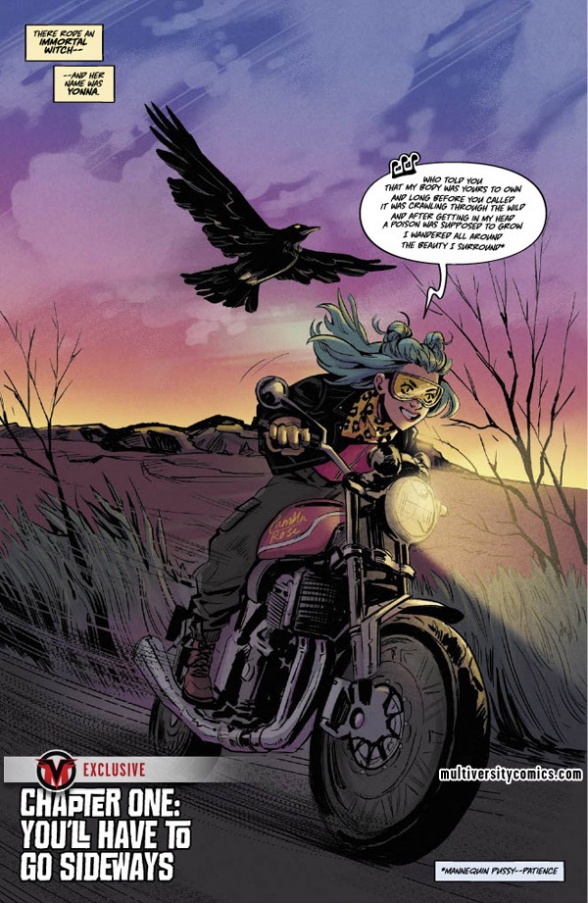 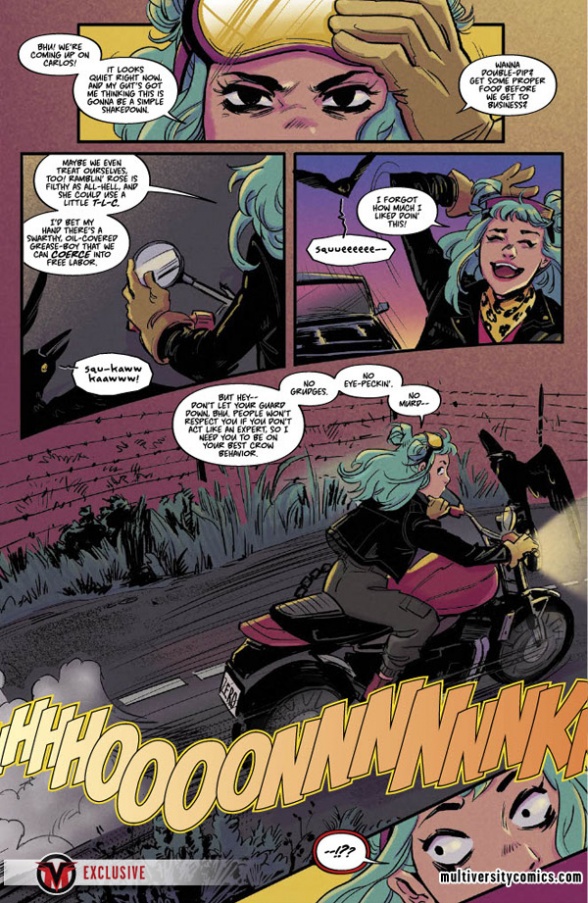 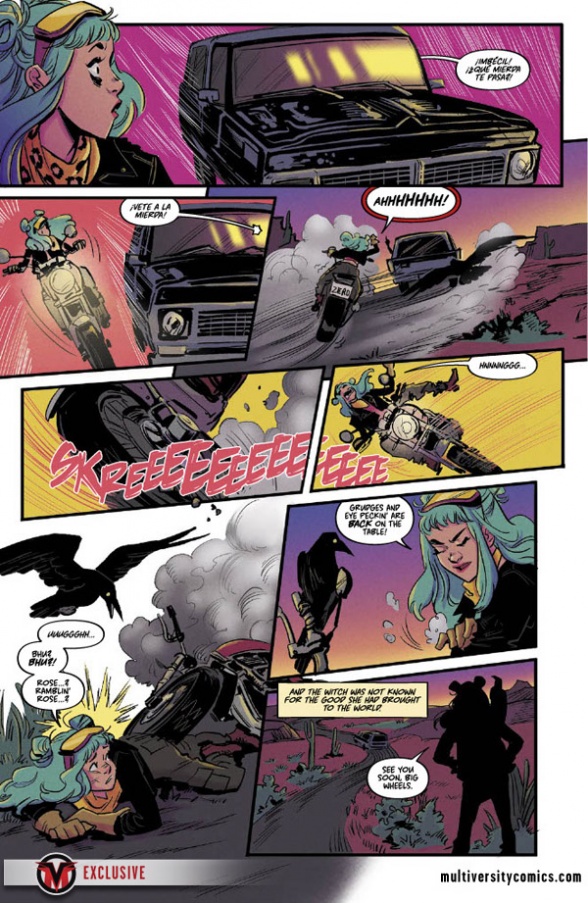 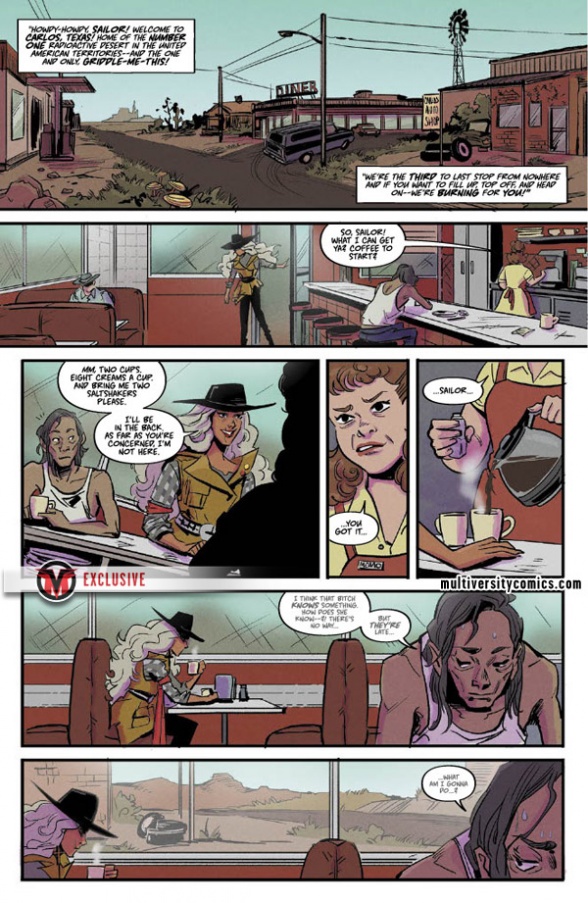 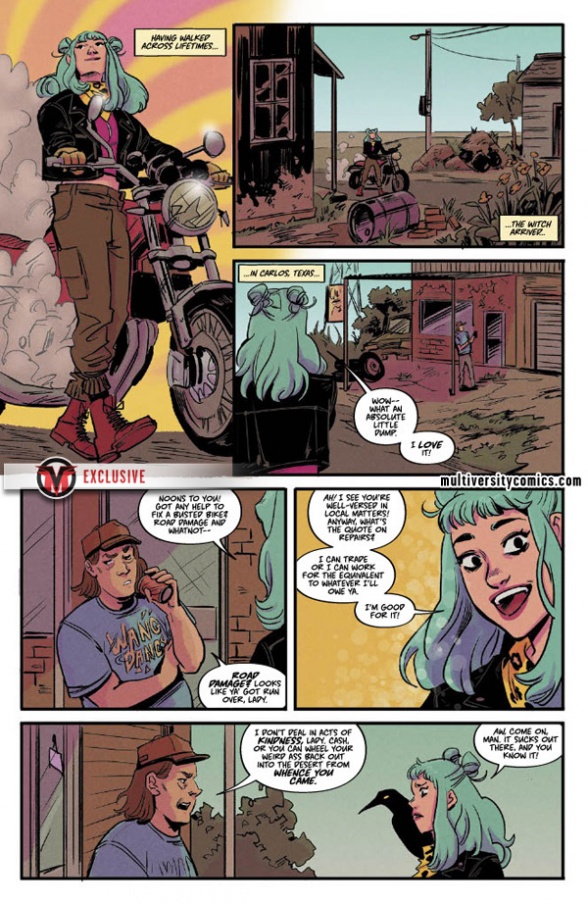 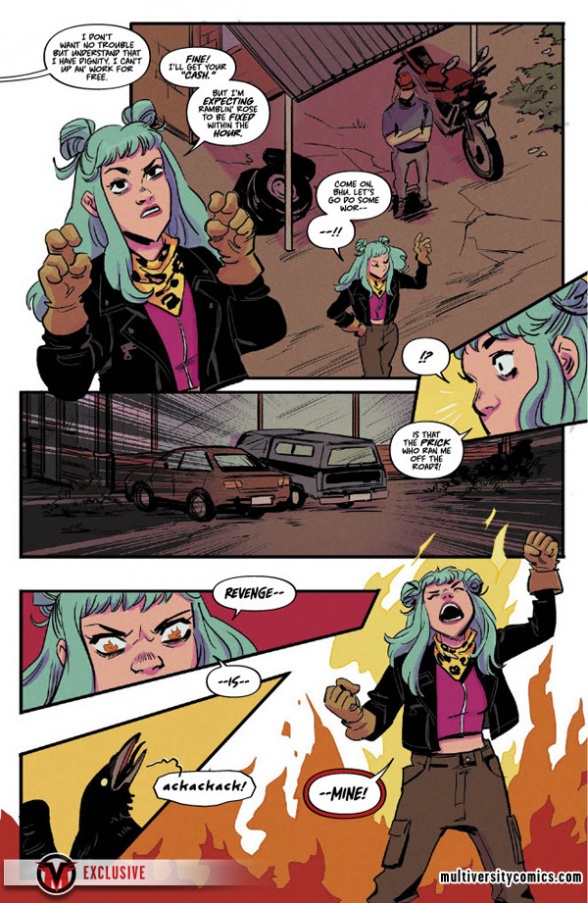 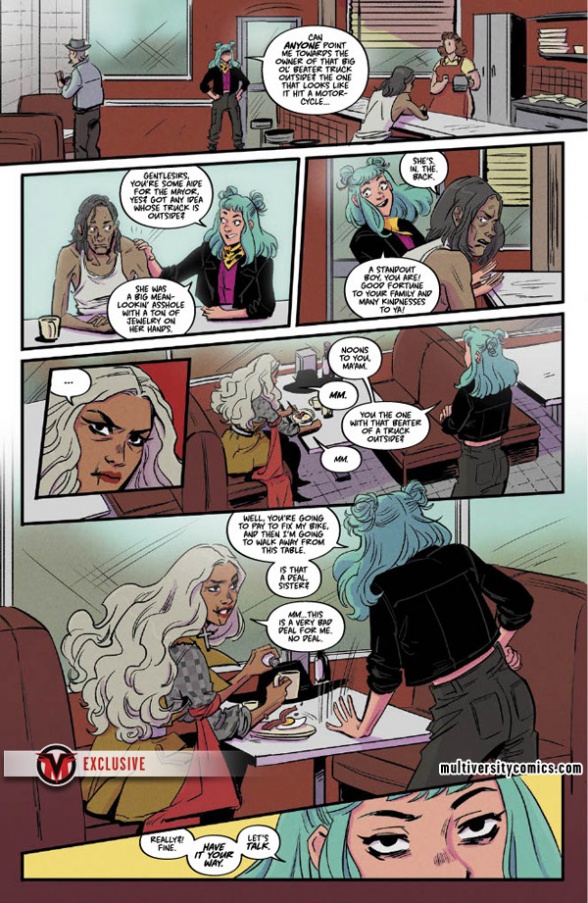 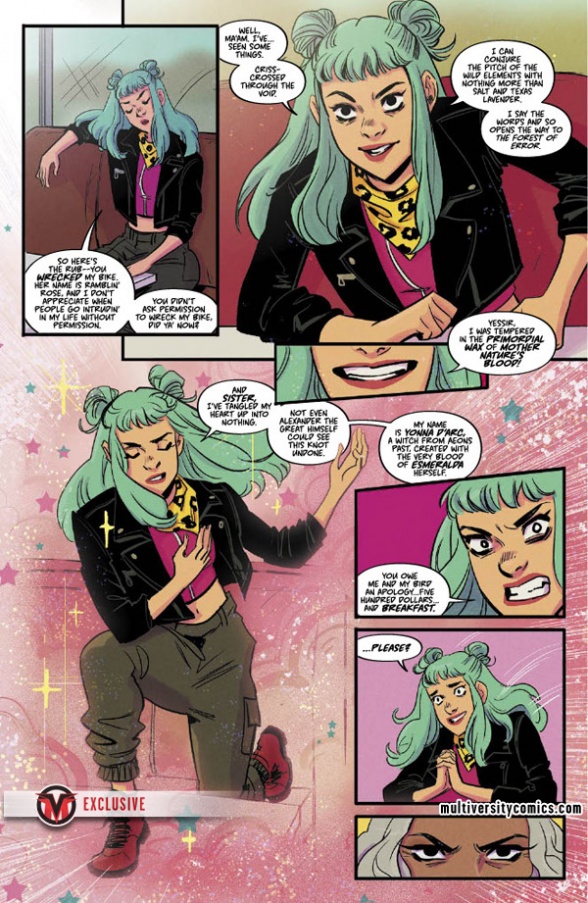