“War of the Realms: War Scrolls” has seen writers like Ram V, Josh Trujillo, and Anthony Oliveira join the Marvel Universe for the first time, and the third and final issue of the series promises to be no different, featuring the arrival of Halt and Catch Fire co-creator Christopher Cantwell and io9 co-founder Charlie Jane Anders. Their stories can be read when the issue is released next week, and in the meantime, we have an exclusive preview of the finale to Jason Aaron and Andrea Sorrentino’s main arc: ‘Daredevil: The God Without Fear.’ 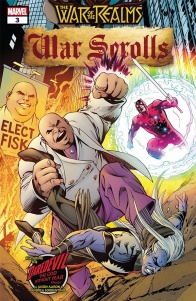 THE MUST-READ COMPANION TO THE WAR OF THE REALMS! The Kingpin joins the battle for New York! And even with his new cosmic senses, the God Without Fear can’t touch the venerated Mayor…can he? Jason Aaron and Andrea Sorrentino’s tale comes to a dramatic close! Plus, Halt and Catch Fire co-creator Christopher Cantwell and Nebula Award-winning novelist Charlie Jane Anders make their Marvel debuts with stories about Doctor Doom and She-Hulk! 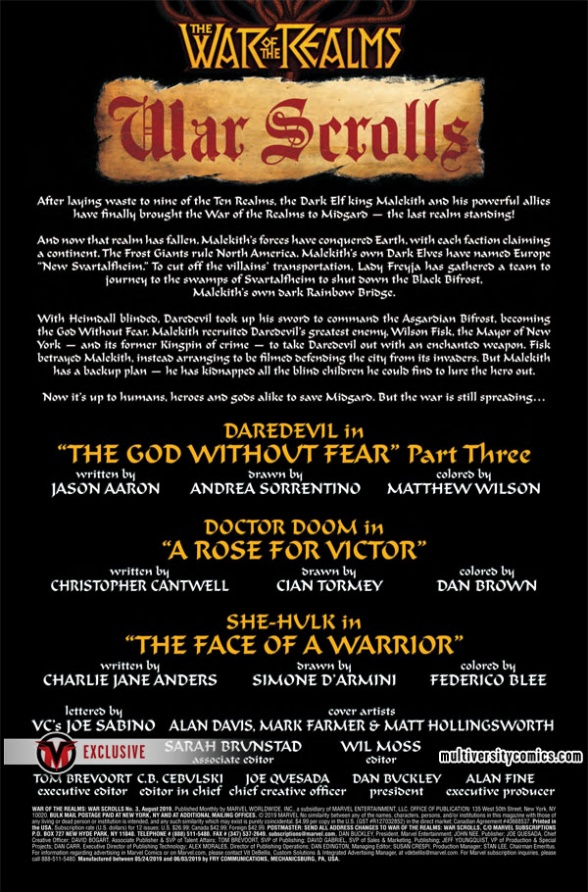 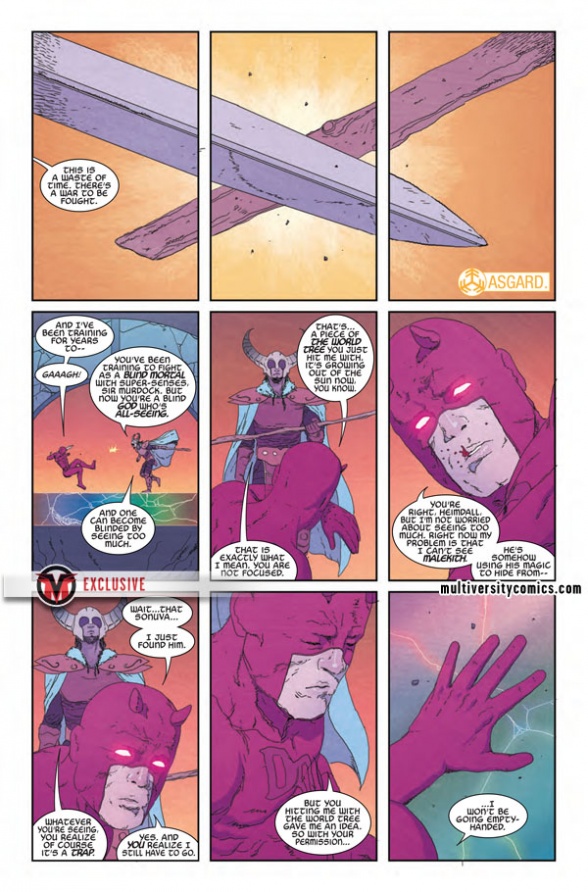 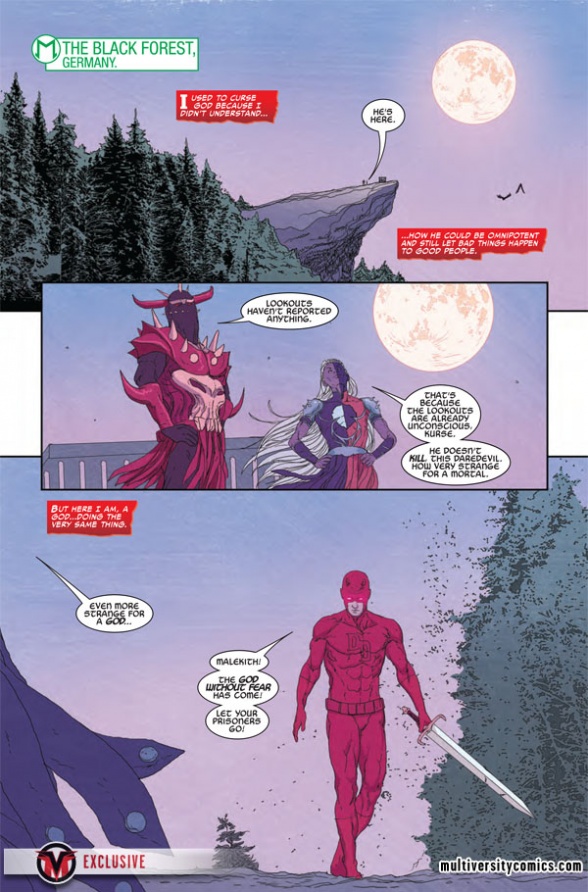 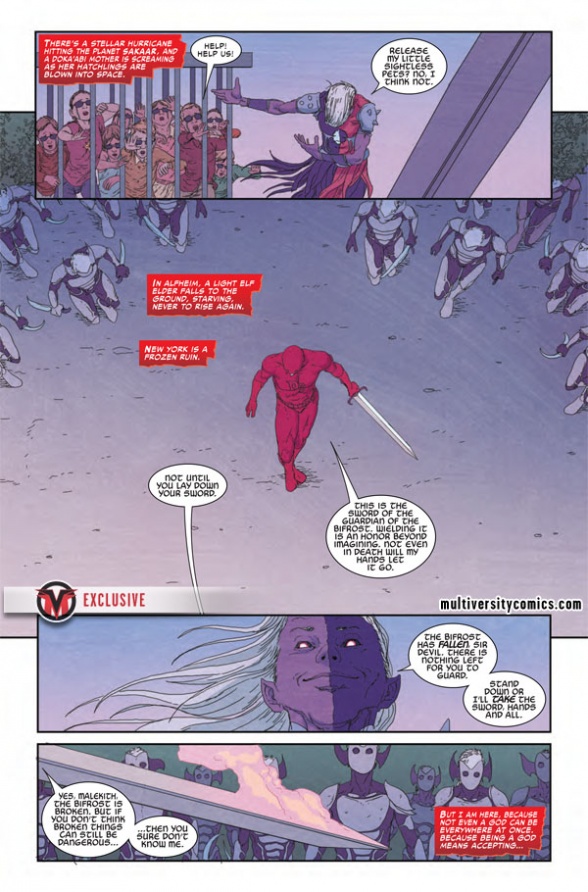 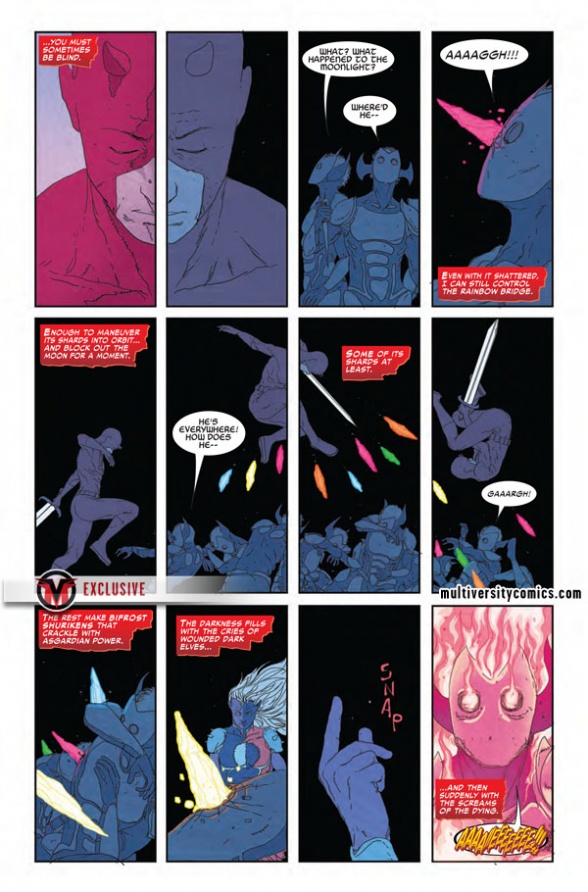 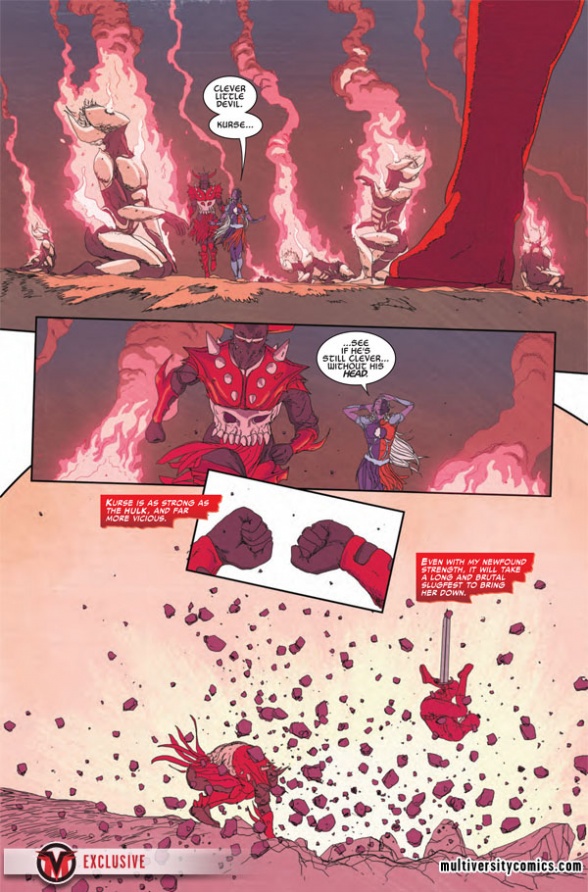