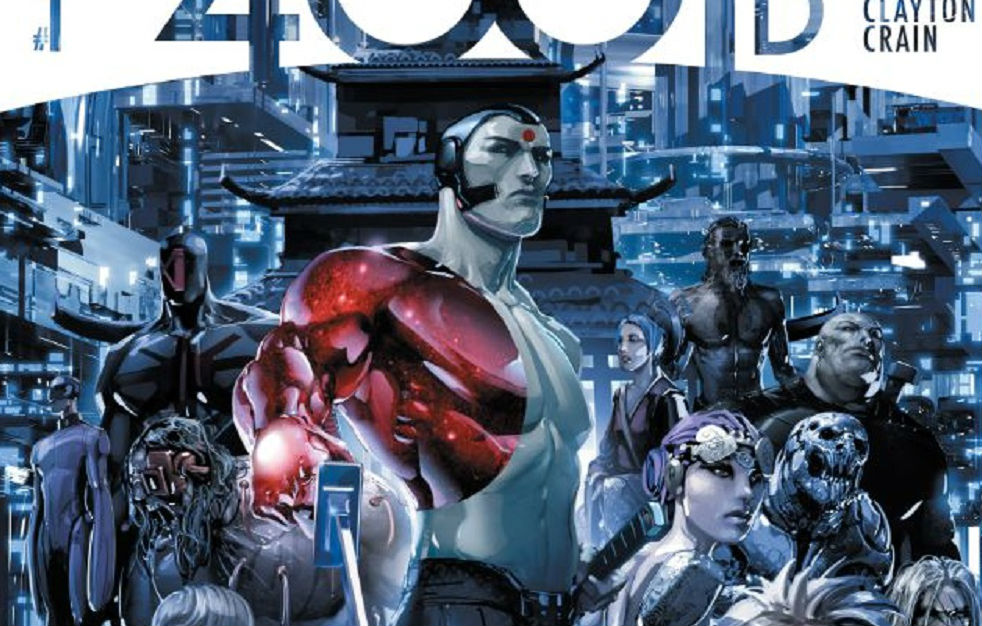 The future of the Valiant Universe comes crashing down. In their efforts to put an end to the tyranny of New Japan, Rai and his allies may have inadvertently unleashed untold devastation. So how does the opening salvo of Valiant’s summer event hold up? Read our review to find out. Warning: Some light spoilers. 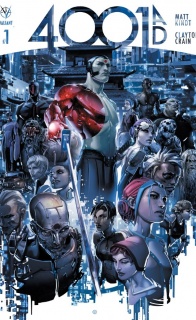 In the tradition of BOOK OF DEATH, ARMOR HUNTERS, and HARBINGER WARS, Valiant’s most ambitious crossover event yet starts here! At the dawn of the 41st century, the future of Earth will be decided in the stars. This May…the rebellion begins in 4001 A.D.! One hundred years from today, Father – the benevolent artificial intelligence that governs the island nation of Japan – will gain sentience. To defend its borders, Father will take drastic action by launching Japan into space…where its people will thrive in isolation, away from the overpopulated and resource-deprived planet below. Over the centuries, as New Japan orbits our increasingly unstable world, it will become a model society – one built on peace, prosperity… and Father’s control. A thousand years from today, Father will create the first Rai, founding a lineage of technologically enhanced heroes engineered to defend New Japan and sworn to protect it from all enemies. For hundreds of years into the future, the Rai will single-handedly enforce New Japan’s justice well…and serve Father without question. Now, at the dawn of 4001 A.D., the latest Rai is about to inherit the dark truth behind the origin of his kind…and discover the sinister secret at the heart of Father’s existence. For New Japan to live, Earth must die…and as Rai challenges his former master for the first time in more than a millennium, the lone guardian of New Japan will be cast out of his own Father’s kingdom… Exiled from the only realm he’s ever known, Rai now walks the ravaged world of 4001 A.D. in search of forgotten heroes like himself… on a mission to collect the last surviving legends of a broken planet…and to forge a rebellion with the power to bring the most advanced civilization in history crashing back down to Earth.

Reviewing this issue is kind of weird for me. Not because it’s bad. Not at all. What it is, though, is a very, very new-reader friendly introduction to the 4001 side of the Valiant Universe (which is kind of like the Legion of Super-Heroes except more sci-fi-ey and without the continuity clusterfuck).

David Mack’s beautiful calligraphic pages set the stage in an extended “Story So Far” segment that gives new readers the basics about the world: The year is Forty-Oh-One Anno Domini. Japan is an orbital colony run by an A.I. known as Father. It also tells of New Japan’s protector and Father’s right hand, the hero Rai. After learning about his origin, however, Rai rebels against Father and, with a group of like-minded individuals, attempts to free New Japan from Father’s despotism. The end result involves managing to upload a virus into Father . . . and everything begins to go wrong. Father begins to “cut the cancer out to save the body,” which turns out to be sections of New Japan containing thousands of people dropping out of orbit.

That’s how this starts.

A majority of the big issue here is establishing the key players: Father and New Japan; Rai on Earth with Gilad Anni-Padda the Eternal Warrior; and Lula Lee, the creator of the virus destroying New Japan. For the most part, Kindt does a good job setting up the characters’ conflict and personalities for new readers, in particular Father and Lula. That said, I do have a slight nervous feeling about one character. Let me explain: one of my past criticisms of Matt Kindt involves his writing of the Eternal Warrior. In “Unity” (essentially Valiant’s version of the Avengers), he seem to only utilize Giland in two ways: to provide exposition or history of past “secret” Unity teams or to, well, in wrestling terms, “job out” to show that an enemy is a threat. While that doesn’t happen here, it does run that potential. Something to watch out for.

The real star here though is artist Clayton Crain. I’ve described his painting style in “Rai” as digitally bleak in a very good way. It’s a heavy style that really transmits the oppressiveness in this technologically advanced society, where even people can be distorted, whether by the constant rain, like in Lula’s Sector in New Japan (it’s located under a cooling platform; New Japan’s citizenry live atop one another to double the oppression I guess) or just one’s own heavy conscious.

But it’s not just the futuristic cityscapes in New Japan, with its heavy blues, that Crain gets down so well. He does get to vary images with different Sectors of New Japan (his first page is of a dinosaur hunting preserve, which evidently means that for all of Father’s knowledge he didn’t think this was a terrible idea!). But he also gets to draw on Earth and provide more quiet and expansive landscapes . . . you know . . . just before the various Sectors of New Japan start falling from the skies like dying stars.

If you have never read anything involving 4001 (even if you haven’t read any Valiant at all), you are not getting a better jumping on point. For someone like me who has followed the story up to this, it did feel a bit sparse. That said, what we did get here does make me excited to see what is coming and what we’ll be delving into with the tie-ins. Valiant does events well by doing something that Marvel and DC seem incredibly averse to: Keep It Simple, Stupid!

Final Verdict: 8.0- One of the most new-reader friendly beginnings to a big event book.