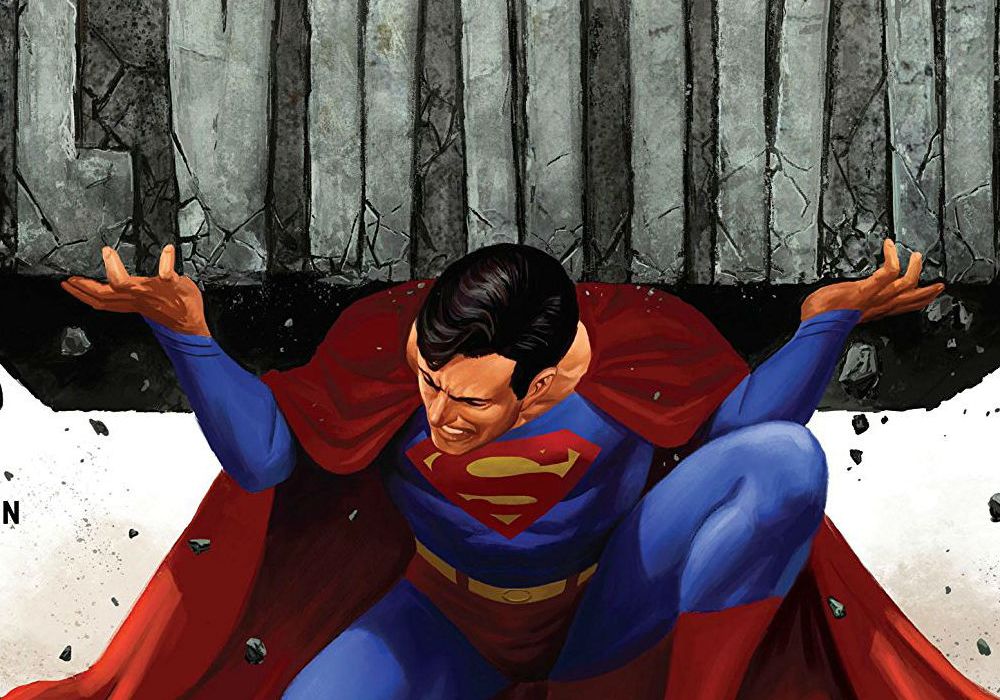 Bendis is coming! Remember that ad? The text was in all caps, accompanied by an exclamation point and smiling Superman. DC Comics was more than proud to show off their newest writer and for good reason. Brian Michael Bendis was Marvel’s golden boy for years. Whether you’re a fan of the guy or not, his influence over at the House of Ideas cannot be denied. Now it’s getting hard to deny his influence on today’s DC Comics. 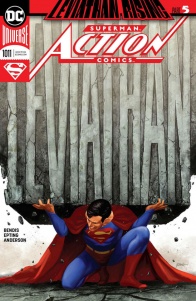 Written by Brian Michael Bendis
Illustrated by Steve Epting
Lettered by Josh Reed
Colored by Brand Anderson
Leviathan wins! After the destruction of anyone and everyone who could stand in its way-from Lois Lane’s military father, Sam Lane, to agencies such as Spyral and Checkmate-the newly reorganized and amped-up evil organization stands ready to topple even the Man of Steel! With a shocking conclusion that’ll affect the entire DC Universe over the summer, don’t miss the epic and unexpected conclusion to “Leviathan Rising.”

Only a year in and already Bendis is gearing up for his first DC crossover event titled ‘Event Leviathan’. I’m wary of these big events in general but especially so in this case. On one hand we could get a good story like, let’s say, ‘House of M’ or ‘Secret Invasion’. On the other hand, we could end up with something more like whatever ‘Civil War II’ was supposed to be. Time will tell.

If “Action Comics” #1011 is any indication though, ‘Event Leviathan’ should be pretty good. You could definitely consider the last few issues to be a prequel of sorts. This current story arc, ‘Leviathan Rising’, is clearly setting up the pieces and players. To its credit, this issue manages to avoid being obnoxious about it. A recent example of how not to set up an event is “Age of X-Man: Alpha #1”. That comic was just a series of vignettes, each a tease of a tie-in comic. The last page of #1011 is definitely a tease with Superman, Lois and Jimmy posing their questions plainly but it doesn’t feel forced.

#1011 is an engaging read. The dialogue feels natural though in a couple of places it is just a little repetitive. I chuckled at the quick aside comment that Batman leaves his stuff in Fortress of Solitude. The intelligence community of the DC Universe has been crippled all at once and it is very interesting to see Superman in the thick of both the fallout and the investigation. Bendis pens an intriguing mystery here and I’m eager to see a lot of the questions answered.

The artist, Steve Epting, does a solid job on his end of things as well. He is a really good fit for a Superman comic. His style, oddly enough, makes me think of Batman: The Animated Series. You know how the architecture and cars on the show could have been from any time period? Epting’s art style also feels kind of classic but timeless at the same time.

Jimmy Olsen is straight from the Silver Age with his freckles and vintage hairstyle. I’m pretty sure he’s a grown man in current continuity but he sure looks like a teenager here. We’re treated to classic Supes here too. I challenge you to find a panel of Clark where he doesn’t have that little swoop in his hair or a dimple in his chin.

There are a lot of standout panels in “Action Comics” #1011. It’s cool to see Kate Spencer fight her way through an entire Metropolis Special Crimes Unit. I like how Epting shows Clark doing a quick sweep of London with his X-Ray vision. The Fortress of Solitude looks very impressive. I couldn’t help but to laugh at Perry White staring up to the heavens in annoyance of Lois Lane. It’s a small moment, but I also liked the panel of Lois Lane’s eyes lighting up when she gets another big scoop from Tiger. The use of shadow is effective in this issue as well. The page with Lois and the Spyral agent in the alley felt eerie and heightened the mystery. The same is true for the bit where Guardian was in the hospital.

Another thing to appreciate about #1011 is the spotlight it puts on lesser known characters. Given that this is a Superman comic, that’s a pretty bright spotlight. Kate Spencer, a.k.a. Manhunter, has been absent for a little while. It makes sense that Bendis would like the lawyer/vigilante, he had a lengthy run on “Daredevil” after all. There’s also Tiger, Guardian, The Question and Kelex. I especially enjoyed the spotlight put on one of Superman’s constant supporting characters, Lois Lane herself.

Under Bendis’s pen, Lois isn’t just a cheerleader for Clark. Superman faces a mystery here, it’s a problem that he just can’t punch. He needs the help of his wife, one of the greatest investigative reporters there is. It’s great to see confident action-hero Lois here. She’s absolutely Superman’s equal. She writes another groundbreaking story and isn’t fazed by the danger around her at all, keeping her cool in a world of gods and monsters. Lois Lane asks the right questions of the right people, takes charge and even gives orders to Big Blue. She’s definitely the star in an already great issue.

Final Verdict: 8.0 – “Action Comics” soars up, up and away this issue.