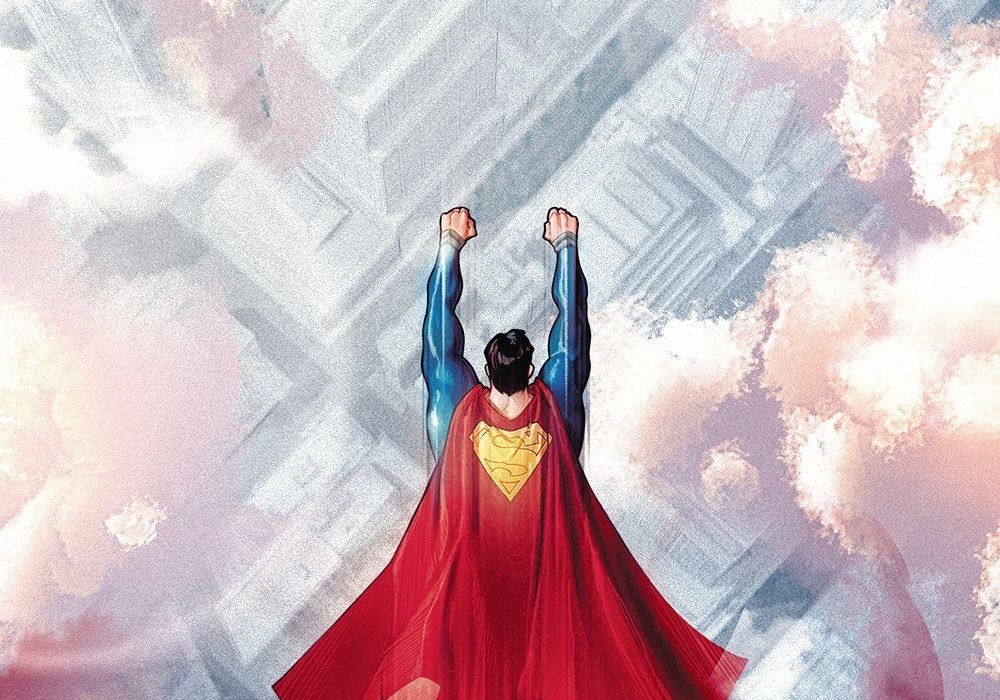 After the compressed nature of “Event Leviathan” #1, has author Brian Michael Bendis already lost his focus with the event? The disappointing debut chapter recapped information and barely pushed the series forward. The most recent installments of “Action Comics” did a great job showing Loise Lane and Clark Kent investigate Leviathan. Bendis steered the title forward without giving the mysterious nature of the event away. Will he be able to find that initial momentum again after losing it in “Event Leviathan?” What kind of art does illustrator Szymon Kudranski lend to the series? “Action Comics” has delivered a consistent level of quality and it’s time to see if the trend continues with #1012. 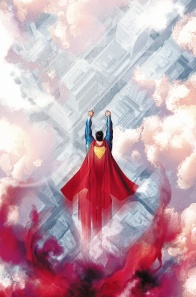 Artist Szymon Kudranski joins superstar writer Brian Michael Bendis as the attacks of Leviathan threaten targets across the globe, and the agents of the invisible mafia continue to infect Metropolis in this tie-in to EVENT LEVIATHAN!

I usually find the art of Szymon Kudranski unpolished and distracting in some of the worst moments. “Action Comics” #1012 feels perfectly suited to some of Kudranski’s stranger sensibilities. The odd character reactions and faces fit a more noir-tinged incarnation of “Action Comics” nicely. Unfortunately, the book pales in comparison to the incredible talent from past contributors like Steve Epting or Adam Hughes. This is still a really strong representation of what Kudranski can do and a solid argument in favor of his Big Two work.

Kudranski has a difficult time drawing the same face in the same book. Clark Kent looks different in nearly every page. Kudranski does a wonderful job showing the difference aesthetically between Rose and Thorn. The final page of the issue is absolutely thrilling from an artistic perspective. Despite the fact that we have seen multiple artists draw Leviathan, Kudranski’s precise linework and the colors from Brad Anderson make the cliffhanger land just right. The bright blues and dark reds from Anderson on the final page are astonishingly beautiful.

It is slightly disconcerting to see Bendis continually add more characters to the narrative of “Action Comics” with “Event Leviathan” now underway. With so many mysterious elements of the event, I desperately want to see Bendis presented with the opportunity to pay-off past installments. This issue carries an enormous level of intrigue with the investigative reporting sequences. These moments are packed with dialogue and scenes of complete silence. Some of the scenes don’t contain enough dialogue and others have too much. The sequence between Robin and Rose is full of intrigue and left me hanging on nearly every word.

With so little focus on The Man of Steel, it is almost difficult to call “Action Comics” #1012 a Superman comic book. Bendis is able to introduce some of the build-up from the eyes of Clark Kent. While the comic could definitely benefit from a stronger focus on the Kent family, Bendis does a solid job fleshing out the motivation for some of the villains surrounding the narrative. It also helps that the Superman and Lois Lane moments in “Action Comics” #1012 are some of the best of the series to date. Bendis asks interesting questions from both Clark Kent and Lois Lane regarding their relationship. The panels were Clark vibrates away from Lois is beautifully scripted and illustrated.

Overall, “Action Comics” #1012 is a little too obtuse to be counted as a truly great issue. Bendis does a solid job lending intrigue to the event. Bendis adds in as much psychedelic imagery and perspective as a Superman comic could handle. I hope Bendis is able to finally deliver on some of the marketing promises of the series going forward. There is a lot of anticipation behind the identity of Leviathan. I hope Bendis will be able to keep the title fresh after the big reveal. Kudranski’s art suffers from some major technical shortcomings with stilted facial expressions and pages lacking in detail. There are many dark, noir-laden sequences that make his pencils stand out for the better. After the extremely decompressed nature of “Event Leviathan” #1, “Action Comics” #1012 still feels like a welcomed breath of fresh air that adds new detail regarding the event.