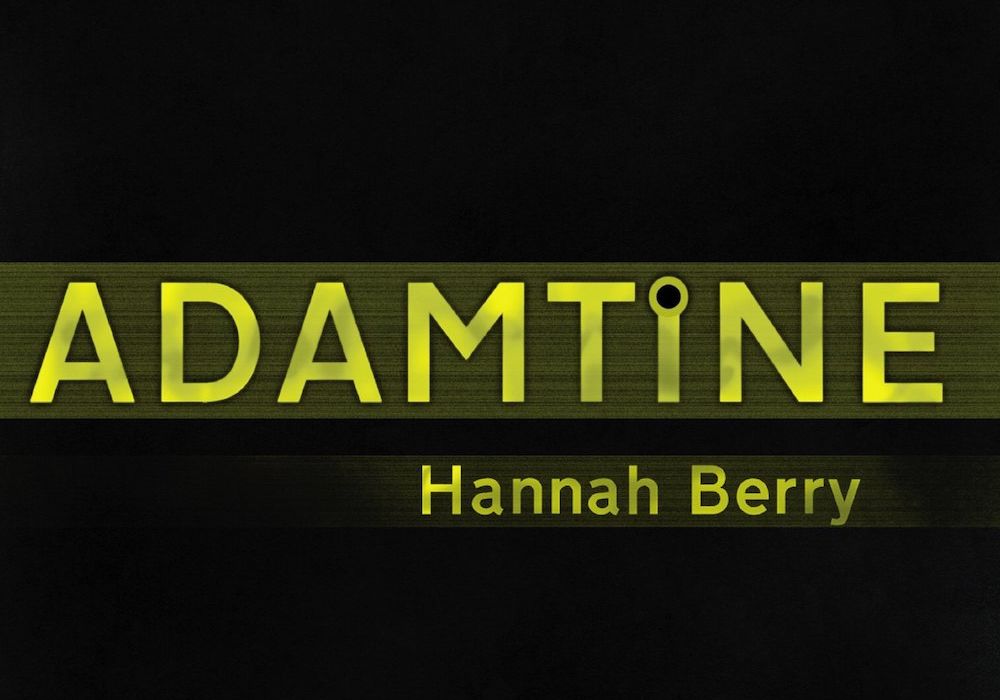 Many comics, particularly superhero ones, rely on bright, engaging visuals to catch the reader’s eye on the shelf. “Adamtine” distinctly does not, harnessing the power of dark tones to give the thriller comic an almost crushing tension. What begins as a seemingly innocuous train ride quickly descends into a glimpse into the void for all on board. 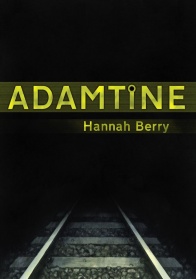 Written, illustrated, and lettered by Hannah Berry
It has been years since Rodney Moon’s famous kidnapping spree. Moon only ever admitted to handing the victims terrifying notes from a mystical bogeyman, and he was found innocent of his crimes.

Now, a few years later, four strangers all take the last train home. Something is slowly creeping up behind them, waiting for the chance to strike…

Right from the cover, the importance of blackness throughout “Adamtine” is thrust in the reader’s face. In “Adamtine”, as with the best thrillers, it is as much about what you don’t see as what is expressly shown on the page. What you as the audience see in the shadows, in the words that are not said, is expertly manipulated by Berry to gradually ramp up the stakes and atmosphere. Was there really something there? What aren’t you being told about the Rodney Moon case, and is it important? Berry carefully gives the reader only the information that she wants the reader to know, and leaves distinct blank, dark spaces for the reader’s imagination to run wild.

This control of information includes the characters we meet along the way, and what we know about them. The four characters who meet on the train initially seem random, just ordinary people who happen to all need to make the same light-night journey. The reader isn’t even told their names. There are flashback scenes throughout the comic (the only pages with white pages, brief reprieves from the blackness of the events on the train ride) that help flesh them out, transform them from folk that might be on any train into well-realized people that are seemingly connected. Or is that just the reader’s brain making wild connections?

This sense of the characters being almost anyone is reinforced by Berry’s character designs. Each person in “Adamtine” is made distinct, but unremarkable. Each character is given their own colours within Berry’s deliberately limited palette for “Adamtine”, and while the reader cannot mistake the characters for one another, they are made to feel like the reader may have met them on the street the other day. There are no flawless examples of the pinnacle of humanity here. There are only ordinary people, riding what starts out as an ordinary train.

After the initial set-up, the events of “Adamtine” quickly escalate, with the riders of the train being faced with ever-increasing horror coming at them from the darkness outside of the train cars. The true importance of this darkness is made apparent to the reader in a deliciously terrifying way, but withheld from the majority of the characters for most of the book. This leaves the reader wanting to find out more whilst examining each speck of black ink (of which there is an overwhelming amount) for signs of the evil within. There is no gratuitous violence in “Adamtine”. Berry does not need bucketloads of blood and severed limbs to inject the book, and characters in it, with fear.

While flashback scenes can sometimes feel like a writer’s crutch to add exposition where it might not fit well, Berry uses them well in “Adamtine”. Each scene gives the reader more information about a particular character’s past, at a point in the story where the reader may be wondering why they are acting as they do in the train. Why is the older lady so short with everyone else? Why is the younger lady carrying a box? What’s in the box? And why does Rodney Moon seem to be looming in the background of everything?

Berry’s distinctive art style plays into the needs of “Adamtine” perfectly. Everything from her muted color palette giving a sense of it being a dreary late night in an England ambivalent to the events befalling the characters, to the way Berry accurately depicts the seeming mundanity of the train ride only to invade the comfort of routine with something…else as the book progresses, serves to move the story forward at the precise pace and track set by Berry.

“Adamtine” is an incredibly tense, gloomy journey on a late-night train. It shows the reader a set of characters on what seems like an ordinary trip through England before adding something extra to the shadows surrounding the train. The book works in unison to deliver the experience of a high-quality big-screen thriller through a short graphic novel. For anyone looking to stare into blackness and see what stares back at you, look no further than “Adamtine”.