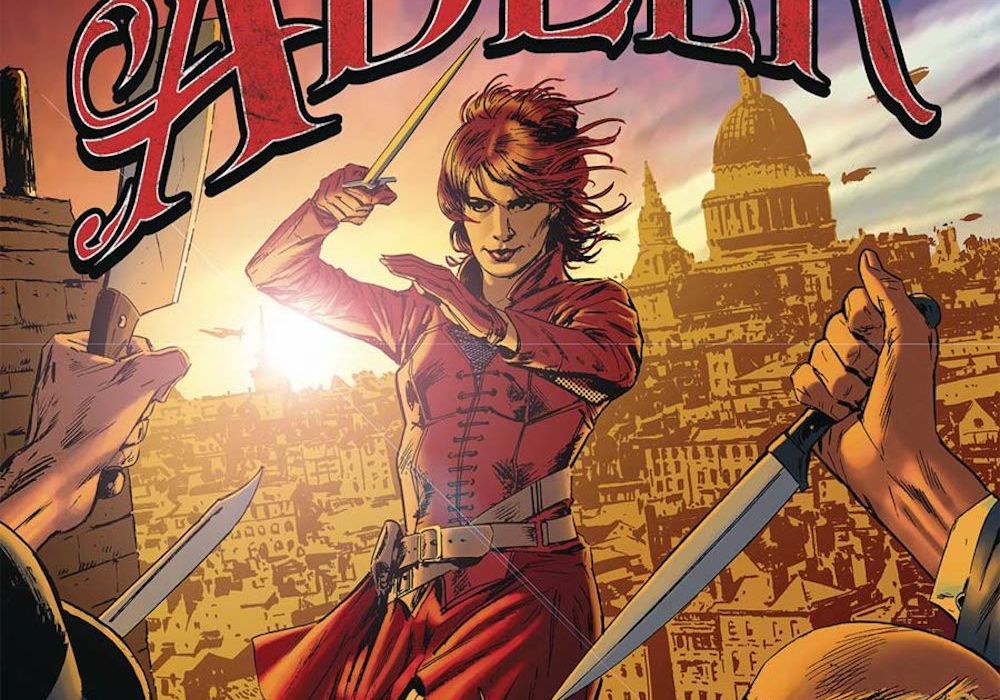 From Jane Eyre to Great Expectations to Sherlock Holmes and more beyond, “Adler” #1 acts as a love letter to the famous women of late Victorian era literature. 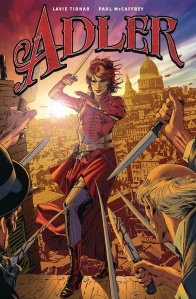 For Sherlock, there was only ever one woman – now Irene Adler is on a mission to take down Moriarty! It’s the League of Extraordinary Gentlewomen, as Adler teams up with a host of famous female faces from science, history and literature to defeat the greatest criminal mastermind of all time!

Comics are no stranger to crossovers between different franchises. From Marvel or DC’s various super teams to Alan Moore and Kevin O’Neill’s “The League of Extraordinary Gentlemen,” these types of stories have been around for decades, and have also existed outside of those formats for centuries since in the likes of Greco-Roman mythology, such as the 3rd century BCE Argonautia. Similar to some degree in spirit to the likes of Penny Dreadful or other Victorian style stories, Lavie Tidhar shows her versatility in bringing together a rather eclectic group of women from across literature, from fantastical to the realms of science fiction to something more mundane, to create a cohesive, intriguing overall view.

Rather than slow down too much, Tidhar makes use of a cast page and concept art gallery at the start of “Adler” #1 to just jump straight in, trusting readers to be able to follow along. From an action-packed sequence set during the early 20th century Boer War to a calmer existence in London shortly thereafter, what time is spent introducing characters is utilized through the lens of not who belongs to which story, but how they relate to their supporting cast and one another. Even the eponymous Irene Adler’s connections to Sherlock Holmes and Doctor John Watson are treated as a footnote, allowing for her own conflict with Professor James Moriarty and assembly of a group of like-minded independent women to take the center stage instead.

Helping this association along is the fact that the relatively peaceful Jane Eyre is given the viewpoint role. Much like the aforementioned Watson, she seems to act as a medical aid and sounding board for Adler along with being a primary narrator, though never downplaying her own agency either. While Jane Eyre is new to Irene Adler’s mysteries and conspiracy, she is still has experienced a fair amount of hardship even beyond her literary origins, and is not a complete stranger to other literary figures, as shown by her apparent connection to one of them.

By having Eyre be relatively new to this world of intrigue and criminal conspiracy, Tidhar is able to slowly ease readers into this cohesive world in a manner similar to the aforementioned Penny Dreadful television program, making the literary influences fun notes but not essential for comprehension. In fact, the use of varied figures, when combined with the cast page and further examination in an art gallery, may even be enough to entice readers to seek out those original sources, making “Adler” #1 both entertaining and educational.

The world of “Adler” #1 is one of not only mystery and intrigue, but also of tragedy and triumph. Much like many other tales of adventure, Tidhar utilizes this one to bring forth a wide variety of emotions, from sadness at a death to righteousness about the experiences of a combat medic, along with annoyance, wonder, or humor depending upon other situations. Rather than make anything too overwrought, the overall effect makes this take on the last years of the Victorian era fascinating in how well-rounded it appears.

Paul McCaffrey’s artwork is very expressive, but not to the point of being too animated. He draws the explosions, wounds, and general chaos of war with as much emotional depth and clarity as he would draw a meeting in a lady’s home, or a chaotic assassination attempt in the streets of London. Despite the sheer breadth of locales and scenarios, the spectrum of peace to war is accurately shown by way of differing perspective shots. For outright warfare, there are wider shots of a fatal gunshot or a viewpoint that appears as though it were a man running through the battlefield alongside the others in the shot, all of that chaos just barely held back in close-ups of individual people outside of combat, along with sand and other blurred portions of scenes that help to give a better understanding of what it is like to be in that South Africa-based war. On the other hand, in relatively peaceful areas, we have wide shots of multiple people, more extreme closer shots of individuals to look in on their eyes, and otherwise more crowded imagery than the pitiless, more solitary images during on a battlefield. In all, such imagery helps to give an impression of people, if not outright working together, at least being willing to be alongside one another without overt conflict (for the most part).

McCaffrey’s color palette utilized in “Adler” #1 helps a great deal toward understanding the tones of different scenes. The brown and dark grey of the Boer War contrasts against the green of Jane Eyre’s uniform, but fits well with the varied shades of blood around the area (dependent upon the amount of light hitting it), making her appear to be nearly an anomaly in the warzone in her efforts to help people rather than hurt them. The overall colors (barring her) also give an almost sepia-like imagery, likening the entire experience to an old memory much like early photography, in spite of being a very recent event. On another hand, we have the bright, much more colorful atmosphere of London, a hint of a life that Jane and her compatriots fit very well into, and nearly enough to bring hope back for another tomorrow. “Nearly” because of the colors of the night in that very same city, with its deliberately muted color schemes and the foreboding nature of the lights around once the sun had gone down. While the many hues of the daylight hours may almost trick readers into falling for the beauty of “Adler” #1, the seedy underbelly of late Victorian London is on full display with the use of carefully-placed light and shadow, as if pointing toward not only the principle antagonist, but another walker of the night in the closing moments.

Final Verdict: 9.0– From fans of the various literary properties to those who have only minimal information on any of them, “Adler” #1 is both educational and entertaining.