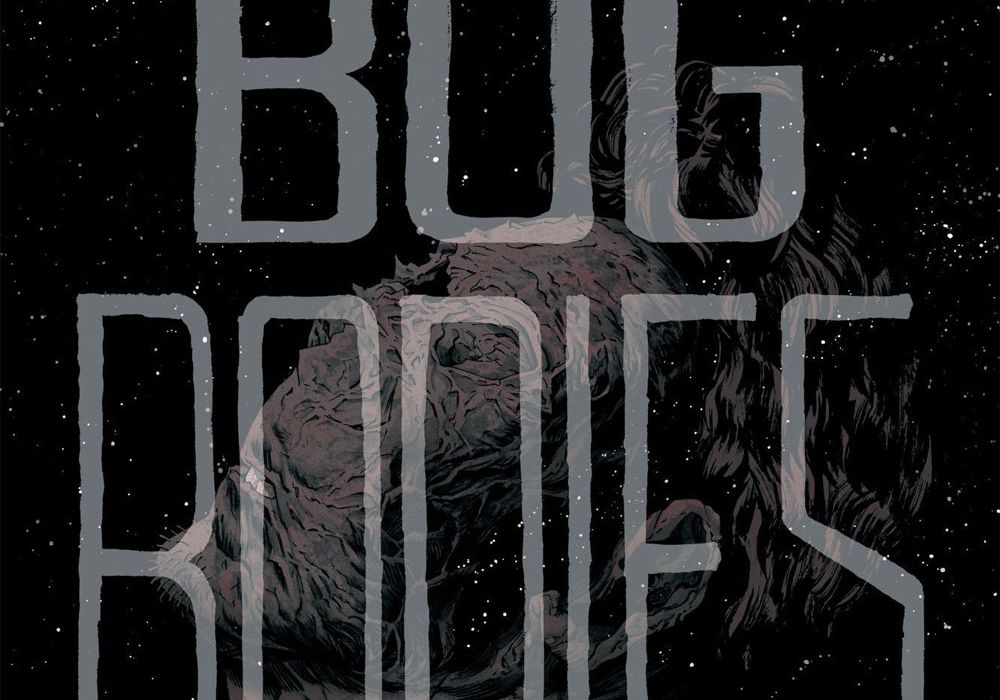 A missing woman, a young man estranged from the Irish mob, a story of survival in the dark mountains of Dublin. While you wait for the complete Image Comics’s graphic novel “Bog Bodies” arrives April 28, 2020 check out our advanced review of the first chapter! Spoilers For Chapter One Ahead! 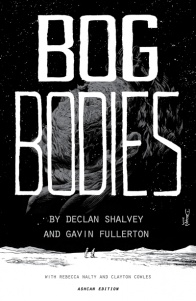 An Irish gangster on the run after a job gone wrong stumbles upon a young woman lost in the Dublin mountains. Injured and unarmed, the unlikely pair must try to evade their pursuers and survive the desolate bog that has served as a burial ground for unspeakable murder throughout history.DECLAN SHALVEY (INJECTION, SAVAGE TOWN) and GAVIN FULLERTON (Bags) deliver a cold and poignant story of crime, survival, and regret.

Co-creators Shalvey and Fullerton released an Ashcan Edition of chapter one of their upcoming graphic novel “Bog Bodies.” This is a special limited release, showcasing what the full series will be like in terms of story and art. It is typically printed in black and white and on more inexpensive paper stock than the final product will be. It’s a marketing tactic that isn’t used as often as it used to be, but for a smaller title like this, it is a useful tool for starting buzz for a new book. And it works extremely well for a story like this, that could go anywhere moving forward from this initial chapter.

“Bog Bodies” opens in Dublin, Ireland, with a news report giving an update on a young woman named Niamh who has been missing for four days. With the text bubbles floating over a factory and the inner city, we get a sense that this is a news briefing that many people are hearing. It gives a sense of connection, even within a major city. As evening turns to night we are introduced to the protagonist. A young man named Killian. Immediately we see that he is a slob of a human being. Old dishes, beer cans, etc are strewn about his coffee table an living room, his kitchen is in disarray and he seems to spend his time playing video games and not getting out of his sleep wear.

We learn a lot about Killian in just a few panels and before we can get as comfortable as he appears to be, there’s a knock on the door from a man named Keano. A man that we will become very familiar with as the story continues. An older man who is seeing the early years of senior citizenship, Keano is brash, and quick to make jokes amid getting to the point of his visit. This is where Shalvey’s true talent for script writing comes into play.

With very natural dialogue that never gets into unrealistic exposition or detail, Killian and Keano’s discussion clearly tells us that they work together in some capacity, and that their work is illegal as they speak in generic terms; never getting to any sort of specifics. There is a decent sense of comradery with a little bit of an uncle/nephew relationship as the two get ready to “deliver a package” that’s been left in a parked car. Killian believes their task is to take out someone who has wronged their organization, but when he hears no commotion coming from the parked car, he assumes that their target has already been killed and the job is one of disposal. Keano tell him he is correct in this assumption and that they need to get a move on before the boss takes it out on them.

As Killian prepares to dispose of the body, he immediately has a gun in his face, as the man in the trunk is one of their own, and Killian is the true target. Blamed for a botched job, the boss has ordered Keano to take out Killian and leave his body in the famous bogs, which have been the burial ground for thousands of bodies for hundreds of years.

Shots are fired, as both men try to take out Killian. The young man runs into the forest as he tries to evade death. Walking through the woods with a phone that is low on battery and has no service. His former colleagues attempt to figure out how to get to him and head back to the road. The only feature on Killian’s phone that is of any help to him is the flashlight and as he makes his way through the dark, he comes across the missing young woman everyone is looking for. Beaten badly and scared out to death, she and Killian startle each other, and the chapter ends with the reveal of her name.

The opening to this graphic novel is simply outstanding. It is an excellent look at these small time criminals and how their lives are about to get all the more complicated. This first chapter sets up what one can only assume will be an incredible plot. With a title like “Bog Bodies” this feels like it could venture into the realm of the supernatural. As of right now this is a horror of a real-life sort; with two people running for their lives from gun toting mobsters, but who knows what will happen when poor Killiam and Niamh venture into that bog. It is a testament to the writing that we get a great set up to this story, no matter what direction it takes, and readers will be dying to turn the page.

So while I can’t speak to Rebecca Nalty’s color work based on this preview issue, the creative team has released a few pages online over the last few months. Her work on “Bog Bodies” is gorgeous and simplistic. There is a thinness to the palette, like gouache watercolor. The colors are rich and vibrant, but it feels like you can almost see through them, to the paper under it all. It is calming and dreamlike for as unsettling and horrifying story. It adds an extra level of beauty, which comes as an unexpected delight.

Fullerton’s illustrations and inking are superb. The way he uses lines and marks to create the most ordinary imagery, like a factory, or a young man sitting on a couch is something special. While his style is not at all like that of a particular, seeing his work in just black and white really gives off a Frank Miller/”Sin City” vibe. And his loose marks, craggy faces, and ethereal style feels like something out of Jeff Lemire’s imagination. It all works for this creepy crime drama. The inking on his work is stunning and adds to the brooding mood of the story. It is perfection.

“Bog Bodies” is definitely a graphic novel to look out for. With creatives of this caliber working it, no matter what path the completed story takes, there is no doubt that it will be something comic fans will be excited to read and talk about.