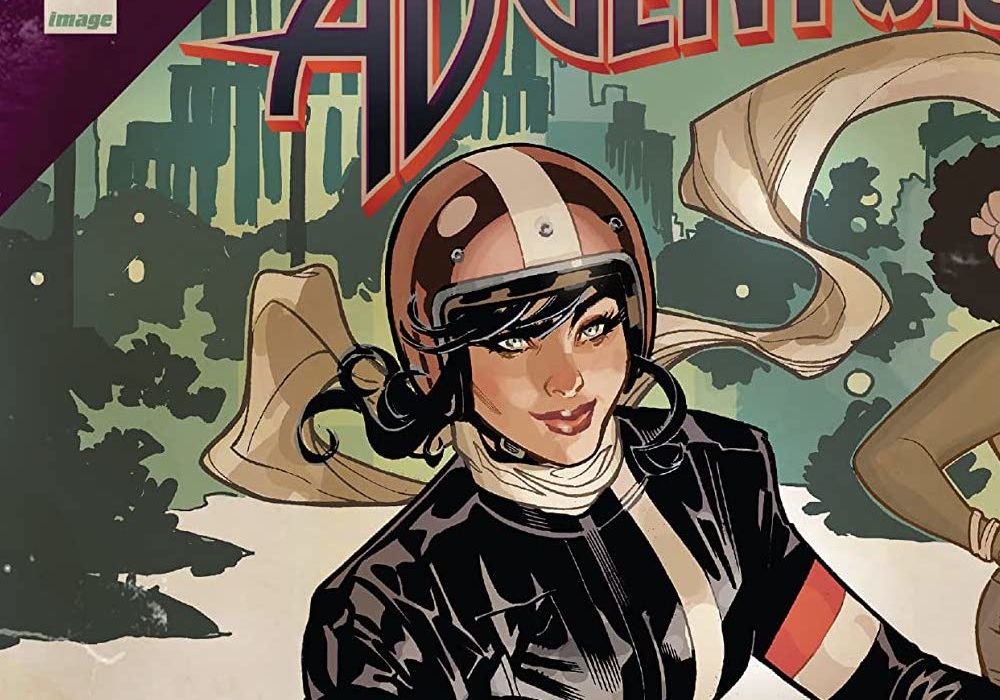 “Adventureman” #1 was an endearing, modern-day retelling of a woman taking the mantle of a pulp icon. Thanks to the quaint writing of Matt Fraction and the beautiful art of Terry Dodson, the title was able to craft a really pleasant tone about a woman who takes on the role of a superhero. Fraction shows how protagonist Claire Connell has relationships readers don’t typically see in the space of comic books. Claire is a single mom who isn’t ready for the amount of excitement that comes with the territory of being a superhero. Will Fraction and Dodson be able to keep up the momentum from the first issue without being too derivative of previous comic books about everyday people that end up with extraordinary powers? 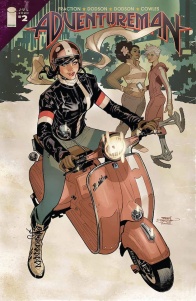 The mysterious disappearance of the original Adventureman gets a little more complicated when, in the modern era, single mom Claire Connell stumbles into his legacy. But with the adventuremantle come untold dangers from those who would seek to destroy it!

My favorite aspect about “Adventureman” #2 is the opening sequence where the script and art cut loose to get as crazy as possible. Due to previous comics like “Defenders,” the collaboration between writer Matt Fraction and artist Terry Dodson feels organic and natural. The relaxed writing and tone of “Adventureman” allow me to buy into the adventures of Claire and her son Tommy without needing the suspension of disbelief. Thanks to the strong characterization, I’m ready to see just how insane this story can get. The issue’s three-page reintroduction to Baron Bizarre is the perfect realization of the next steps in “Adventureman” #2 that I hope I will see in future issues.

Fraction’s characterization of Claire and her connection with some of her sisters deepens Claire’s role as a sister and mother. These relationships feel rich and acclimate readers to the sense of who Claire is as a person. The relationship between Claire and her sone Tommy is another aspect of the protagonist that the issue pays off on. Tommy relies on his mother in one scene and is troubled by her in another. Fraction imbues the storytelling with an impressive level of subtext that changes depending on which page you are looking at.

On top of the strong relationships and endearing lead character, the art goes a long way to making “Adventureman” #2 is worth your attention. Artist Terry Dodson continues his unique page layouts to keep the flow of the story intact. Dodson is great at drawing characters who look busy and express themselves even if they don’t have a secondary action. Claire’s face is never complacent throughout the issue. Even the deadpan robots in the issue carry the slightest expressions while keeping a static presence. The action sequences in the comic carry the same level of quality that the conversation-based pages have.

Dodson is able to land the dramatic and comedic beats in equal measure throughout these pages. The hero of Aventureman is also a callback to a World War II-inspired action hero that the art accounts for. There is an art deco building that is drawn with the most beautiful architecture. Fraction seems to have an incredible understanding of the depth of Dodson’s artistic merits that have made him such a sought after penciler in the industry. The two creators work impressively well together and “Adventureman” is an exemplary showcase for their collaboration.

After going on a mission full of superheroic elements, the last page of “Adventureman” grounds the story back towards the superhero elements. Fraction recalls classic “Spider-Man” elements about the limited number of hours in the day of a superhero. In a title focused on heavy relationships, Fraction effortlessly melds the dynamic back to the present day of the issue. Unfortunately, this moment also exposes the drawback to the series thus far. “Adventureman” #2 is light on some of the more action-focused aspects of the series which are not expressed in the issue as strongly as some of the inter-personal relationships.

Fraction and Dodson have a pleasant tone and aesthetic in the title but the duo is missing a greater sense of a tangible threat in the issue. I have my fingers crossed that some of the greater adversaries in “Adventureman” await Claire in future issues of the series, but I still would have liked to have seen just one more sequence in the story establishing the greater conflict that Claire might have with Bizarre or the other foes in the “Adventureman” rogue’s gallery.

While “Adventureman” #2 is by no means a perfect comic book, the issue does a great job providing readers with context regarding Claire’s complicated familial relationships. The issue also introduces a few new threats for scripts. I hope Dodson and Fraction will continue to explore the work-life balance for Claire in future issues. “Adventureman” #2 is close to being a great title with just a few plot elements holding the series back. Dodson’s art is a perfect match for Claire’s life and one of the key elements for showing how the series has a high chance of improving in future issues.

The main aspect holding back the series is the derivative nature of the title. Creators like Grant Morrison and Sean Murphy told a remarkably similar story in “Joe: The Barbarian” to a degree that “Adventureman” needs to be truly great in order to stand out. While I think Dodson and Fraction are on the right track, there are still a few plot elements that could transition the title into something truly special. The back-matter of the comic is also an incredibly well-written and concise resource for people who have questions about the current state of affairs. “Adventureman” #2 is a solid remedy for anyone looking for an escape in light of our current pandemic.

Final Verdict: 6.8 – “Adventureman” #2 is a well-written and drawn superhero adventure story that is pleasant but derivative.