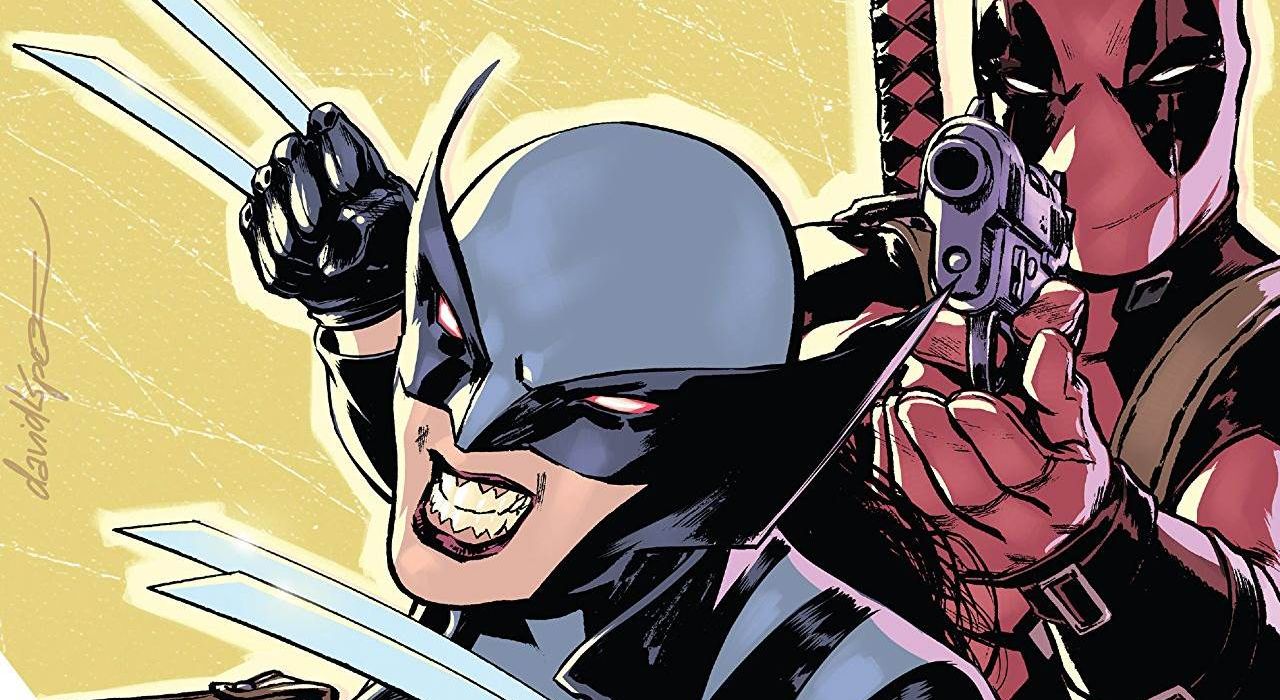 Sometimes which comics you read feels like a deep reflection on who you are as a person. There are all-ages comics and violent vigilante comics, comics that proudly feature a diverse cast and comics that follow characters who are almost a hundred years old. Forget what you know, drop your preconceptions, “All-New Wolverine” is an unmitigated delight, bringing joy to all lovers of the medium. 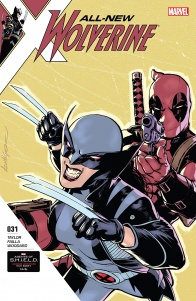 GABBY makes a shocking discovery about the past and turns to the only person she can trust to help her…DEADPOOL? Will Deadpool help with Gabby’s mission of vengeance, or will he only make matters worse? And why is JONATHAN THE ACTUAL WOLVERINE joining them?

This latest issue is a Deadpool story. Deadpool! When I worked at a comic book shop, “I don’t read Deadpool” was probably the most repeated phrase around. Tom Taylor works some serious voodoo and he writes a story that is more defined with the Merc with the Mouth than its primary characters- and it totally works.

For those who need a quick refresher, Wolverine is Laura Kinney, daughter of the original Wolverine. Her sidekick is Honey Badger, a.k.a. Gabby Kinney, her adorable clone sister. Gabby has a literal pet wolverine named Jonathan. They live together in a small apartment and go on cool adventures.

This particular adventure starts when Gabby discovers the lab that Jonathan was rescued from. She’s an angry teen, and she doesn’t think her big sister would approve, so she calls up Deadpool to help her burn the place to the ground. And that’s pretty much it, the entire premise of the issue. It’s not just a series of violent cartoon gags- although it is also that- it’s also a stunning character piece.

The fact that this series, which feels like a “Wolverine” series, can take such a digression is a testament to everything Taylor is doing with the characters. Sure, it’s a genuinely funny issue of Deadpool, but it also advances Gabby’s character. At its core, the theme of “Wolverine” has always been about anger and violence. Logan would probably be happiest living a life of peace, but he was the best there is at what he did, and what he did wasn’t very nice. Similarly, Laura was created to kill people, but she’s never been okay with her intended purpose. Here, Gabby chooses to do violence, even has fun with it, gets to have a catharsis, but its part of her learning process. Will Gabby succumb to the violence that is the Wolverine legacy? Will she do it with a smile on her face?

Another way this issue manages to occupy two distinct spaces is through the clean artwork of Marco Failla and the bright colors of Nolan Woodward. Failla isn’t the series regular artist on “All-New Wolverine”- in fact, he’s done more issues of “Ms. Marvel”- but he manages to capture the vivid teen emotions of Gabby, while delivering a hell of a sight gag. It’s a good zone to exist in. Gabby is never the punch line to a joke. Her earnest feelings exude off the page. A zombie sloth however? That’s hilarious, and credit needs to be given to Failla for a near-perfect execution. Not every artist could pull off a joke like that, not even some great ones. That’s a very particular skill.

Woodward compliments Failla with a vivid old-school approach to colors. Everything is bright and chipper, a nice juxtaposition to the carnage on the page, until it is not. Then everything is dimly lit, and on fire. The interplay between color, light, and mood helps sell the thin line the issue is trying to walk. My only complaint with the art is that this is all supposed to be taking place on Roosevelt Island in New York. My family lives on Roosevelt Island, and this is no Roosevelt Island. Oh well, I guess in the Marvel Universe, Roosevelt Island is as dangerous a place as Canada, where Wendigos wander.

Recently, Tom Taylor did an interview on “Jay and Miles X-Plain the X-Men,” where he talked about his experiences as a street performer. He said it was the most honest job he ever had. If people weren’t entertained by you, they wouldn’t give you money, and you wouldn’t get paid. He said that’s his approach to comics. Every page, he desperately tries to entertain. Even with everything else it has going for it “All-New Wolverine” #31 is above all else entertaining. It’s funny, sweet, touching, and just a little bit dark. It’s Looney Tunes, if Bugs and Daffy were professional teenage assassins. It’s without a doubt the best “X-Men” book you can read today, and a strong contender for the best Marvel book.

Final Verdict: 8.7 – Deadpool is the perfect foil to explore the darkness, humor, and heart in Wolverine and Honey Badger.