Twenty years after 9/11, the world faces tragedy and fear with more questions and anxiety than easy answers. What lessons can we learn today from the terror attacks in Peter Parker’s New York? 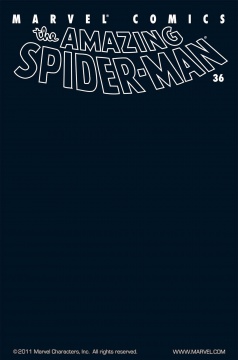 The web-slinger struggles with the most horrific tragedy ever to befall his city: the events of Sept. 11.

Those are the opening words that bring September 11th to the pages of Marvel, the real life that intersects with our superhero escapism.  While many readers (myself included) look to our comics to take us away from real life when it becomes too tough, the 9/11 terrorist attacks could not, and cannot, be ignored. After all, Spider-Man’s home is New York City. No doubt Peter Parker’s high school was evacuated that morning. No doubt he and Aunt May and his friends could see and smell the smoldering remains of the World Trade Center across the river in Queens for days and weeks to come.

It wasn’t a matter of if the Twin Towers would fall in Peter Parker’s New York, but when.

The focus here is not on the tragedy of the day itself, but the aftermath, a city picking up its pieces, burying its dead, and wondering what’s next. And for once, Spider-Man – – and all his friends and foes – – are powerless in the face of abject terror.  What is a superhero if he (or she) cannot save lives?

Normally I read this issue on September 11th, my personal, private, ritual of remembrance. But in staring down a threat that has now killed three times as many Americans as those terror attacks did, I revisit it today, looking for some shred of lesson, beacon, guide, to get me through our current moment.

Straczynski takes the adage of “a picture is worth a thousand words” to heart, letting images tell the story for the first three-quarters of the book. There’s nothing he can say to provide comfort to us, there’s nothing he can say to explain this to us, there’s no way to bring this story to a neat conclusion.  There’s no swinging webs or calling Mjolnir that can provide the healing these people need.  There’s no Jarvis to provide answers.  There’s just . . . questions. The endless, unanswerable questions of “Why?” and “How?” and “Can this happen again?” The questions that no supercomputer or superpowers can save or fix. That absence of words is that absence of power, the absence of answers that we all were feeling in the days and weeks after.  It’s absence I still feel 20 years later, when I revisit this issue every September 11th. It’s an absence I feel today in the face of a threat too small to be seen with the naked eye.

Where there are no words, the artwork speaks, and it captures the mood of the city and nation beautifully: the “Remember the Brothers” graffiti outside a fire station, the passengers banding together to fight the hijackers, knowing they will die but save thousands others, the talking heads that proclaim America had this coming. It doesn’t seek to replicate specific moments exactly.  Much like photographer Cindy Sherman’s Untitled Film Stills series, it works to evoke a mood. The details and specifics don’t matter.  The tone and emotion do.  Pencils and inks are still quite in the Extreme Age of 1990s comics, but the hyper-detail and hyper-texture works well here to add to that tone and emotion. Twisted metal, shards of glass, endless smoke – – if there was ever a time that 1990s comic book art styles worked well to tell a story, this was it.

Much has been made since this issue dropped of the inclusion of Magneto, Juggernaut, Doc Ock, the Kingpin, and Doctor Doom alongside Marvel’s favorite heroes.  While Thor and Daredevil roll up their sleeves to get dirty alongside the FDNY and NYPD, these villains stand aside, powerless – – and in the case of Doctor Doom, silently weep. Critics point to it as a moment trivializing the real-life workers that put lives on the line to save others. Others (Romita among them) see it as a statement on how the day affected everyone, how this was an evil line that even the darkest of Marvel’s world would not cross.  I lean more towards that latter statement, but I do wish that there was a moment where perhaps Kingpin and Daredevil worked side by side to find bodies in the rubble.  Cliched? Yes. But it would have had that more powerful impact that Romita was after, the idea of old differences and squabbles put aside for the larger picture and the unifying enemy.

The silence gives way in the final quarter of the book as Spider-Man asks himself, “what do we tell the children,” answering that question with a monologue about facing a war unlike any ever seen, but humanity will unite, will rise, and will recover. And for that to happen, we must keep the faith. It puts a bow on the earlier scenes of ordinary people and heroes side by side, what feminist historian Rebecca Solnit called the symbiotic dance of hope and action: one cannot exist without the other. It’s almost naive to look at today, in a time when simple acts for the good of public health become partisan issues, when “me” means more than “we,” when we are alone in grief (literally and figuratively) and not united in grief.

The philosophy of Marvel comic writing was always superheroes facing the human condition.  So what happens when they meet the darkest hour of humanity? More questions than answers, undoubtedly, just like today. But in the end, a perpetual optimism, a clarity that while there is trouble in the world, imagination put into action can overcome it and guide folks to a better tomorrow.

“The apocalypse is always easier to imagine than the strange circuitous routes to what actually comes next,” Solnit said in her work Hope in the Dark. Certainly Spider-Man had no answers to what was coming next, no clear path.  But rather than dwell in that apocalypse, he chooses to believe in us, the ordinary people, our inherent force for good.  As we all follow those sounds of sirens again, and we wonder when (or if) they will ever end, I simultaneously wonder if, and pray that, our divided nation will somehow find that unifying force to continue changing the tide.

“The First Kingdom” Vol. 1: The Birth of Tundran