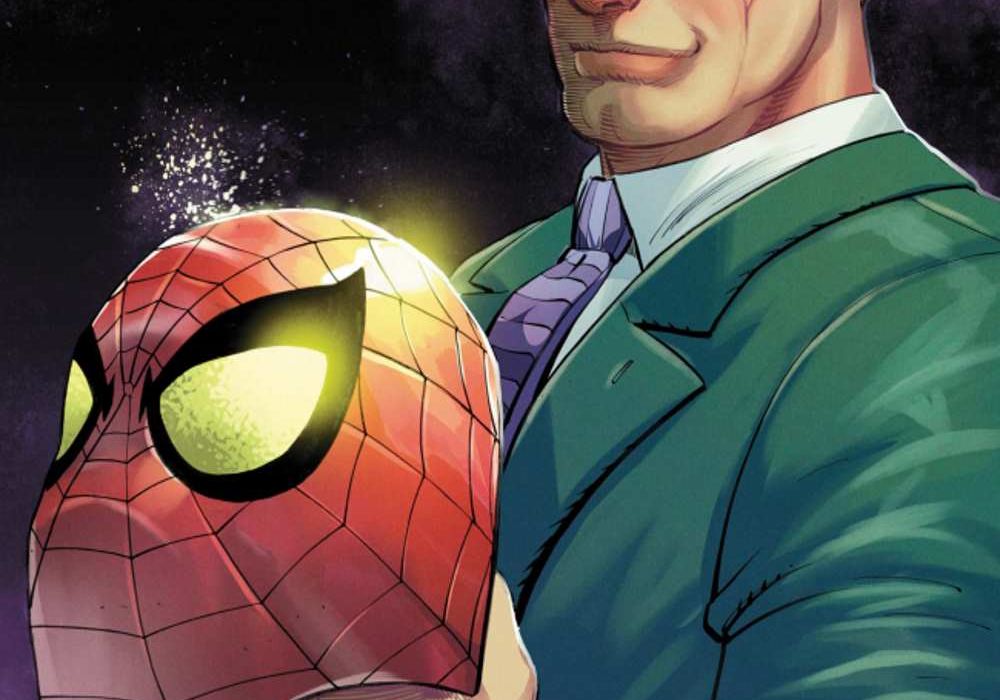 For their flagship character, Marvel sure has trouble keeping their “Spider-Man” comics consistent. After a series of tumultuous runs, Marvel took a big plan with “Spider-Man Beyond,” a comic that focused on Peter Parker’s clone Ben, and his surreal adventures. It was different, and the most exciting thing to happen in the pages of “Spider-Man” in years. Then they announced Zeb Wells as the new “Spidey” writer. A proven quantity, even the worst Wells comic is better than many creator’s best work. But maybe ‘ol Zeb has gotten a taste of the Parker Luck, because something is off in the pages of ASM. 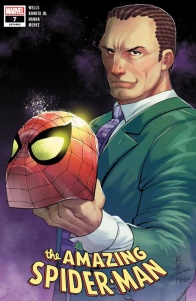 Norman Osborn is back! But what does he have planned for Spider-Man?! One of the biggest Spidey status quo changes in years is here!

That’s a little disingenuous. I know what’s not working for me in “Amazing Spider-Man” #7 – it’s the artwork. Wells is partnered with one of the most legendary artists ever to spill their ink for the Marvel company: John Romita Jr. You can find cutting-edge JRJR work going back to the 80s when he was the artist on “Daredevil.” In that time, JRJR has drawn just about every major character on the Marvel roster, including Spidey.

It’s weird, but comic creators seem to burn out more quickly than athletes. There are few creators who get better and better over time; most seem to hit a peak. JRJR is over his peak, maybe twenty years over his peak. “Kick-Ass” came out in 2008, and that was the first time I looked at a Romita book and said to myself, “This is really bad.” His “Avengers” and “Captain America” series didn’t do much to redeem him in my eyes.

Which is a shame because, Zeb Wells is such an effortlessly breezy writer. This issue doesn’t have much of a premise. It mostly boils down to, “The Vulture is pissed at Spidey, and this time it’s serious.” This is all coming in the middle of a very low concept run, which places Spidey at the center of a gang war. It’s story that could’ve been published any year since 1985. But somehow, Wells manages to make the simple mechanics of a superhero fight feel fresh.

Sort of. In a visual medium, it’d be nice if the pictures were exciting. The situation feels dire! At one point, Vulture carries Spider-Man way into the air (as he is wont to do), damages his webshooters, and leaves him to plummet back to earth. Panels spin in orientation, adding to the sense of dizzy vertigo. It’s a pretty overdone scene, but the execution feels deliberate enough to be engaging.

But then you look in the panels past the words, and the people all have that ugly, boxy Romita Jr. look. Vulture’s long, pointy nose is as square as a Lego brick. Spidey doesn’t move lithely through the air; his hands look like cardboard boxes. And why is it that every talented inker and colorist do their worst work with Romita? Scott Hana knows his inks. Marcio Menyz is a wonderful colorist. But everyone looks splotchy in this book. There are ugly pink and blue lights diluting the bright, bold colors. Instead of a crisp red and blue, Spider-Man looks like he’s stuck in some also-ran movie by the world’s laziest Zack Snyder fan.

I haven’t even mentioned how awful Norman Osborn’s hair looks! (Worse than usual). After so many unusual runs, I can understand wanting to hit the reset button on Peter Parker. The last Parker-Spidey run ended with an AI copy of the mind of a clone’s illegitimate child posing as a demon. Or something. It was complicated, so maybe a clever fight between Spider-Man and one of his least flashy foes is the simple balm readers need. It’s a shame the art can’t match the writing for thoughtfulness or panache.
That’s not to say the entire issue is a bummer. There is a very fun and natural cameo from another Marvel superhero that I wasn’t expecting. This is also the first time we’ve gotten to hang out with the newly-not-evil Norman, and that’s a fun character development to sit with for a while. “Amazing Spider-Man” #7 is a comic with a good script, it just needed to be drawn by someone young and hungry.

Final Verdict: 5.0 – A back-to-basics story that suffers under a totally mismatched art style.