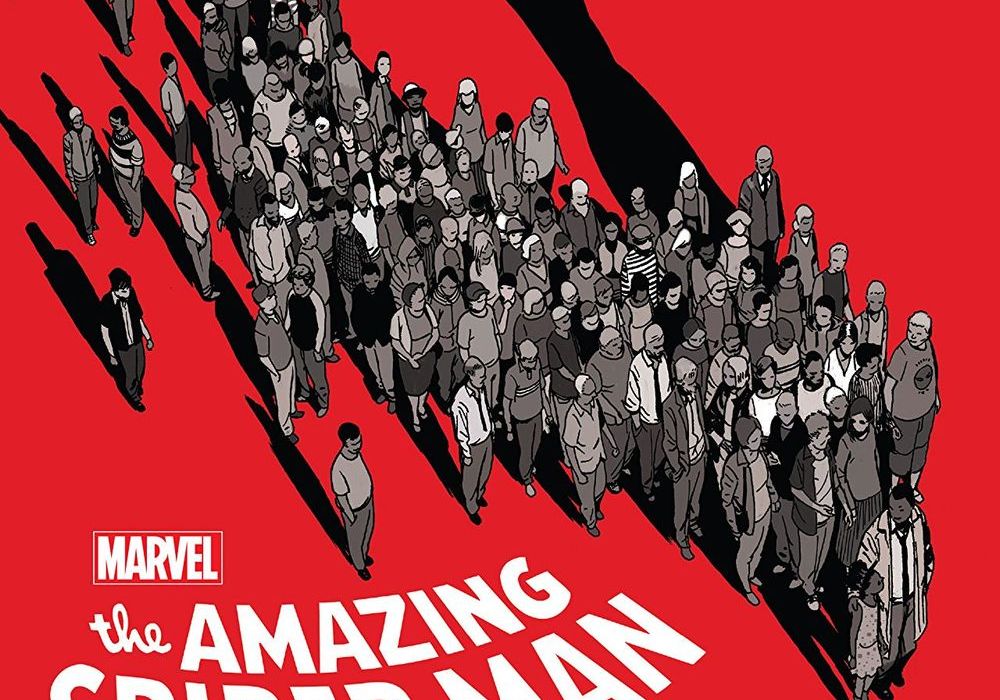 Dan Slott says good bye to everybody’s favorite wall-crawler in a stand-alone story that could satisfyingly be considered the last Spider-Man story ever. (Spoilers follow below.) 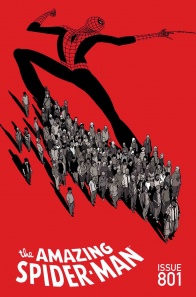 After ten years, Dan Slott’s final issue of THE AMAZING SPIDER-MAN is here, and he isn’t pulling any punches. Joined by one of the best illustrators in the biz, Marcos Martin, AMAZING SPIDER-MAN #801 is one of the most emotional, heartfelt tales not only in Dan’s run, but in all of Mighty Marveldom itself, and is one Marvel fans around the world won’t want to miss.

Having read comics for (deep breath) over 30 years at this point, it’s easy to look at serialized superhero comics and think, “Well, this is just going to keep going for another hundred years whether I’m here or not. I’ll never know how these stories end.” By and large, these stories are designed that way. New creators pick up the threads of those who came before them, status quos change rarely, characters stay fairly static in age and appearance.

I’ve never personally read an issue of a comic that was so succinct and satisfying, such a perfect encapsulation of a character I loved, that I would be okay with that reality. That if I never read another issue of that character’s adventures, I’d be fine.

Never, that is, until this Wednesday morning.

Dan Slott has written something like over 150 issues of “Amazing Spider-Man,” and in #800, he wrapped up pretty much every thread he spooled over the past decade of stories. The story in #801 has no connection to it at all, yet is a thesis statement for Slott’s take (which after this issue is clearly the best take) on Peter Parker and why he does what he does.

Joined on this issue are some of Slott’s most skilled collaborators from his run, artist Marcos Martin, assisted by Munsta Vicente, with lettering from Joe Carmagna. Martin and Vicente have been making comics long enough that their style has been honed to its sharpest edge. There is not a single panel in this book that looks rushed, or that doesn’t exhibit thought and ingenuity. There are incredible action sequences and deeply poignant moments of emotion, all rendered with style and grace. These artists have also never skimped on detail, whether it’s broken glass, a hand drawn street sign, or intricate soda can labels doubling as additional credits. These two artists also color their own work, and it elevates their pages immeasurably. Bold primary colors draw and surprise the eye as you read, but the detailed panels still never feel flat. On the issue’s several double page spreads, all these elements come together in breathtaking fashion.

The story itself starts with a single page origin of Spidey that can hang with the legendary first issue of “All Star Superman”, only this one artfully frames its panels around Peter’s hands so it’s almost…better??

The bulk of the story is simple. We follow an average resident of New York City and his life between two defining interactions with Spider-Man, one at the start of the web-slinger’s career, and one many years later: today. It features no shocking twists or revelations, nor does it try to alter the status quo. It’s just the life of two men, one of whom happens to be Spider-Man.

The first incident has Spider-Man foiling a bodega stick up (with a sort of inordinate amount of property damage, which I suppose we can chalk up to the vagaries of youth) and the second has him battling henchmen on the streets the of the city, one of whom nearly escapes with a suitcase that, in true comic book form, would give his boss nearly unlimited power.

Between these two moments, our average New Yorker Ken (you may already see where this is heading) has a fairly average life. The night of the robbery, he rushed to visit his dying father. In the ensuing years he and sister grew their families, and Ken became an essential part of his niece’s life (yup, you definitely see where this is headed). Ken is out with his niece when this battle erupts in Chinatown, and he plays a simple but crucial role in keeping the briefcase out of enemy hands. He and Spidey exchange a few brief words (which I wouldn’t dream of spoiling, as they are perfect), and Ken returns to his niece, who is unimpressed with Spider-Man in comparison to bigger and more exciting heroes.

In a truly remarkable sequence on all levels, Ken explains the impact that Spider-Man’s friendly neighborhood crimefighting has on the city, its residents, and the broad universe of people who love and are loved by those residents.

The last page Dan Slott may ever write of Spider-Man features him swinging off with that briefcase, and I’d like to take a moment to (oh my god) unpack that image. Peter Parker’s appeal has always been based on his status as an average guy. In a very real way, his street level protection of the innocent is not his destiny, it’s not his calling, it’s not his birthright.

In 2018, in this week in particular, it’s remarkable to see such a simple and straightforward story about someone who gets dressed every day, leaves his apartment, and spends the day helping people. It’s the kind of story that reminds you why people still read and make these things in a world that’s so painful and even an industry and audience that can be so ugly.

Because it means something to show someone else what happens when you do the right thing.

Final Verdict: 9.7 – If I never read another Spider-Man story, I’d be pretty okay with that. Slott, Martin, Vicente, and Carmagna tell a deceptively simple story that brilliantly illustrates why we tell stories about super-heroes in the first place. It’s a fitting end to Slott’s landmark run on the character and, frankly, one of the best single comics I’ve ever read. It’s stand alone, so I’d recommend you go out and buy 250 copies and give one to every single person you know.