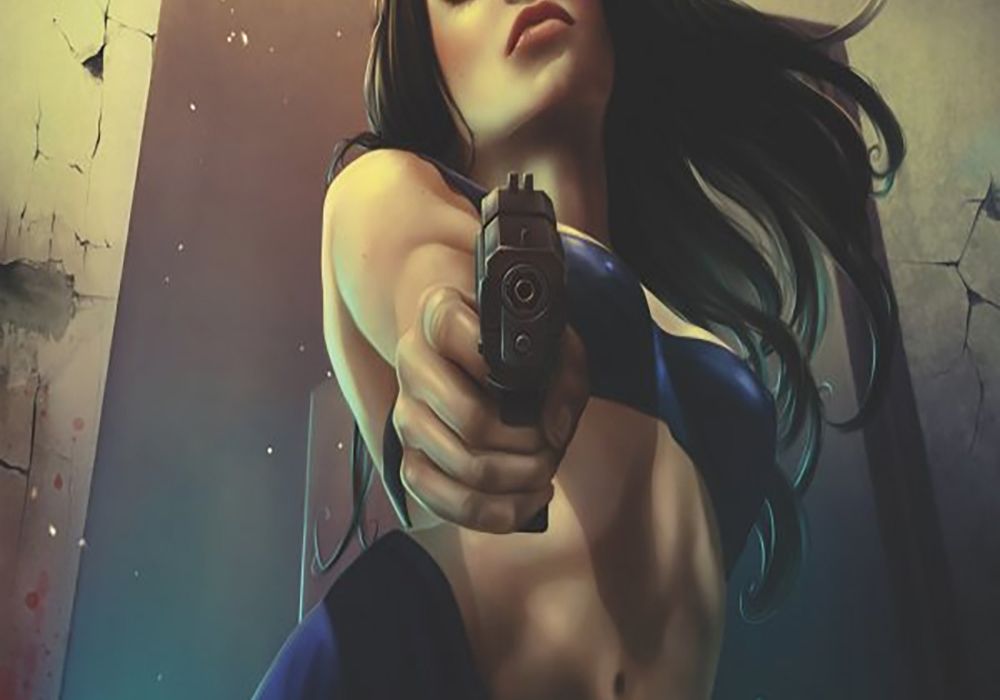 It is an exciting time for women in comics, for both the fictional characters within the books and the creators of these new series. While there are many female characters throughout comics with some standing out above the crowd, many are weaker in structure than they should be. At worst, they are problematic facsimiles, at best, many are nothing more than two dimensional props with super powers. Many times we get a character with peak intelligence or strength, physical or emotional. In any case, rarely is a character imbued with so many positive traits. The premiere issue of IDW’s “Amber Blake” #1 looks to add another woman to the ranks of well-rounded and interesting comic book leads. Some Spoilers Ahead. 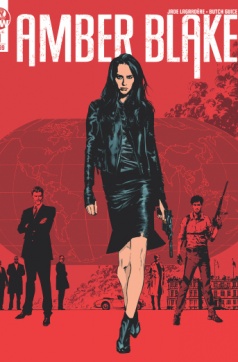 Amber Blake is a girl with no family, given up to an orphanage and private school for girls, where she meets her best friend Amanda; the only one who looks out for Amber. In return, she helps Amanda with her grades. From there, the girls move on to a high school for gifted students run by a humanitarian organization called Cleverland. Upon graduating, some dark secrets held within Cleverland come to light and major changes send Amber and her close friends on a path none of them could ever imagine.

Like a blend of “Black Widow” and Alias, “Amber Blake” gives the titular character a fairly in-depth background while moving at an extraordinary clip. An exceptional amount of exposition is laid upon us, moving the story along years in just the first few pages, and then again throughout the rest of the issue. Lagardere wields storytelling talents that are perfect for this kind of story. She puts forward an interesting take with it too. While it is quite clear where Amber will end up in terms of a profession, the bulk of this issue has little to do with any kind of spy work. To its credit, the amount of plot that is given is pretty extraordinary for the length of the issue, which at 27 pages is a hair longer than most comics out there, but does a lot more with the few extra pages. The dialogue, while well-written and not out of the ordinary, does have the tone of a heightened reality.

Like a James Bond flick or 90s action movie, there is a charming sense of a fictional thriller world. Touching ever-so briefly into the world of science fiction and espionage training story, this comic is written explicitly with the genre in mind. The only issue here is that with as quickly as the initial plot points are laid out, and details are clear and to the point, some more time could have been spent on Amber’s youth. As it stands, we get what is needed to understand her character. And while it really isn’t necessary to see yet another overly fleshed out story of a private school kid-turned assassin, a few more emotional beats could have worked nicely. In doing that, and bumping any of the spy training moments to the second issue, this premiere would have been stronger for it.

Out of everything presented to us in this issue, the speed is its greatest weakness. The pace at which the story progresses is far too fast. As good as Lagardere’s script is, most of the major plot points could have been spaced out more. Breakneck speed is an understatement. The issue moves so quickly that while the story is intriguing and truly enjoyable, there is more than one moment that calls for a re-read because it makes you feel as though you may have missed something. With smaller titles there is probably more of push to tell as much of the story as you can in case the series does not last. While that is a risk, it should come as inspiration to craft the best product possible, not hinder the natural progression of creating. Conjecture aside, whatever motivated this need to cram 10 pounds of story in a 5 pound bag, should be assessed for future issues.

Butch Guice pulls double duty in the art department illustrating and doing the color work for the entire issue. His style moves around a little bit throughout. We get an energetic, sketchy style that evokes movement and quick emotions. Anger, confusion, terror all read in these moments. He moves between that and highly detailed panels. Outstanding line work is the name of the game here. Beautifully detailed faces, clothing, and myriad set pieces make for an incredibly engaging comic from start to finish. Working in tandem with the writing it is impossible to lose interest in the lightning fast plot as it unfolds.

Guice’s use of color and lighting is superb. Whether bathing everyone and every thing in harsh sunlight or keeping things to the shadows, there is no moment of true comfort. To choose two descriptors for the overall palette of the book, stark and cold. No matter how much light is present, it feels cold and unwelcoming. The only bright light at the center of the black hole is Amber. Even with everything she’s been through, she still manages to throw out a quip or at the very least crack a smile. The artistic talent on display is what brings this all to life in a very real way.

A blend of criminal underworld, murder mystery, spy flick, and coming-of-age story, “Amber Blake” #1 is a strong premiere that will hopefully continue to entertain and reward readers. At first glance this series could come off as nothing more as another young woman assassin story like Red Sparrow, but thankfully it offers quite a bit more than just a similar retread. Covers a few bases from past genres while trying its hand at creating something fresh. It is great to see IDW take a stab at something a little outside their wheelhouse.

Final Verdict: 7.5, “Amber Blake” kicks off a new series that focuses on a strong woman and young adults in a world that needs them more than ever. Solid art and a decent script that is interesting, if not a bit rushed make for a fun read.