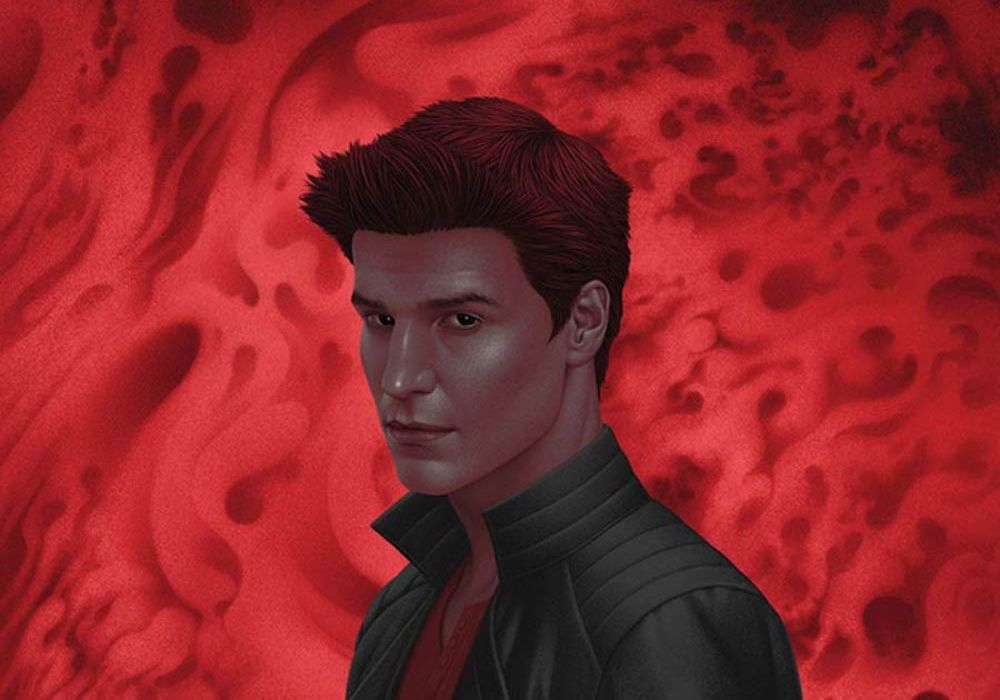 Come and see a lesson in the art of brooding with “Angel” #0. 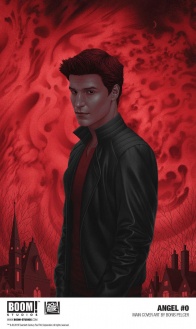 Angel walks the line between two worlds; a vampire cursed with a soul, he’s spent centuries battling back the forces that would destroy humanity, in an attempt to redeem himself for the crimes committed by the monster he was when he was first turned.

Written by Bryan Edward Hill (Detective Comics, Killmonger) with art from Gleb Melnikov (Mighty Morphin Power Rangers), discover a brand new, modern take on one of the most iconic vampires in pop culture, perfect for fans and new readers alike!

As a last-minute announced series, “Angel” had a lot to prove going into its debut issue. Bryan Edward Hill has a resume mostly geared toward brutal combat over a focus on the smaller moments, and the eponymous vampire requires a lighter touch. Sadly, a variety of problems show that his storytelling is not quite up to the task of introducing people to the title character alongside producing an interesting lead in general.

Hill’s introductory issue, “Angel” #0, has two main goals: introduce our protagonist’s history (with the personality drawn from it), and introduce his current situation coming into his own story. For the former, Hill glosses over the history itself, giving a basic summary within a few pages to give a basic idea of Angel’s angst. On one level, it makes some sense, but without any outside knowledge, without an explanation of what it means to be a vampire in the Buffyverse, some of the beats fall flat, requiring additional reading and, at times, knowledge from the original, 1990s incarnation of this story. For instance, what a vampire exactly is in this series would probably be an essential point for a series revolving around one, but instead he seems to be viewed as just an extra-strong hunter with a nasty face when angered. His existence as a vampire with a soul seems like it would be an important plot element, but outside of his internal conflict, there isn’t much in the way of other vampires he could come across to show us what importance that holds. Furthermore, Angel’s own constant refrain of deserving everything that happens to him, of a kind of “poor me” attitude, gets kind of old pretty quickly, especially when there isn’t much else to connect with on the whole.

Due to the aforementioned lack of clarity on unique aspects, Hill’s delivery of the present day storyline is a bit too run-of-the-mill. Helen Chou serves as an interesting character to show another take on a normal person getting their footing in a world of horror, but given the plot itself, nothing much comes of it that could lead to future developments on that front. The villain of the month is slightly interesting, but is dealt with so quickly that any depth seems to wash away.

Whatever kind of message Hill wanted to send for this issue seems a little unclear. A lot of fuss is made about Fee’s magic… but Angel both refuses to use it unless absolutely necessary and blames the sorceress and her powers for things that have very little to do with the magic itself. He claims that he spends all of his effort keeping his protégé alive, but brings her into a situation that is exceptionally dangerous without proper training. Fee tries to get him to go to “a place called Sunnydale” (notably not actually saying what state such a city is in, which seems a bit odd in-universe as it isn’t exactly popular like the likes of Seattle or Detroit), but his answers seem to be unclear on what he is going to be doing, detracting from “Angel” #0’s existence as a starting point.

None of this commentary is to say that Hill’s story is bad. However, it does not seem to be easily geared toward a starting point for new readers, and perhaps would have worked better as a true #1 issue instead of the #0’s implied origin issue, and is also not particularly good at distinguishing itself from other stories about moody protagonists in the process.

Unlike Dan Mora’s more precise pencils, Gleb Melnikov instead takes a rougher approach. Befitting the dark, brooding nature of the story, Melnikov casts deep shadows and heavy use of darkness around faces, with particular emphasis on how said shadows fall in a variety of situations, even going as far as a simple arm held up against a street light casting a shadow across a face while running.

Monsters like the villain of this particular plot are shown in highly detailed images, the slobbering jaws and detailed eyes on a jackal head contrasting with a thicker, less defined image of a human victim. Such a difference in detail is especially evident with Angel’s “game face” as compared against that of his sire, where his relatively non-detailed face is contrasted against her far more distinct one, concentrating in on her inhumanity compared to his own newfound humanity. However, even this method of discerning a personality through art is not certain, as a flashback to an era long past has overall thicker lines on all and less definition, not making such a distinction between benevolent and malevolent.

Gabriel Cassata’s colors help to give more to the artwork, especially given its concentration on darker scenes. Some of it feels odd, especially in the use of motion lines at times to make up for some issues with Melnikov’s illustrations, but on the whole it helps to give a good feel for the story, from the relatively muted colors of a flashback to a darker approach in the points in the plot with more focus. The soft blues on a missing person poster contrast well against the bright colors of Fee’s workplace, but otherwise everything is just dark or otherwise shows a dour mood.

Final Verdict: 7.0– Despite a valiant effort, “Angel” #0 isn’t particularly good of an approach for newcomers, requiring some incoming knowledge, and perhaps works best as a companion piece to the core “Buffy the Vampire Slayer” series.